Previous entryIs This Euphoria?
Next entryHow Can We Use Human Vulnerability as a Strength in the Battle for World Peace?
January 28, 2022

Lines in Metal, Space and Light, Symbol of State, or Statement of Right? 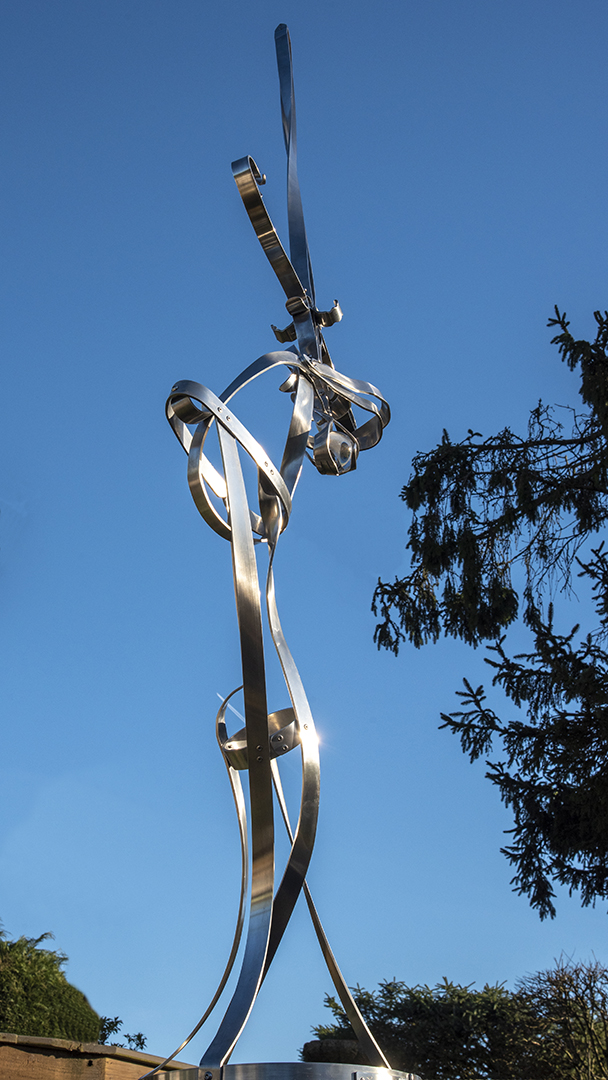 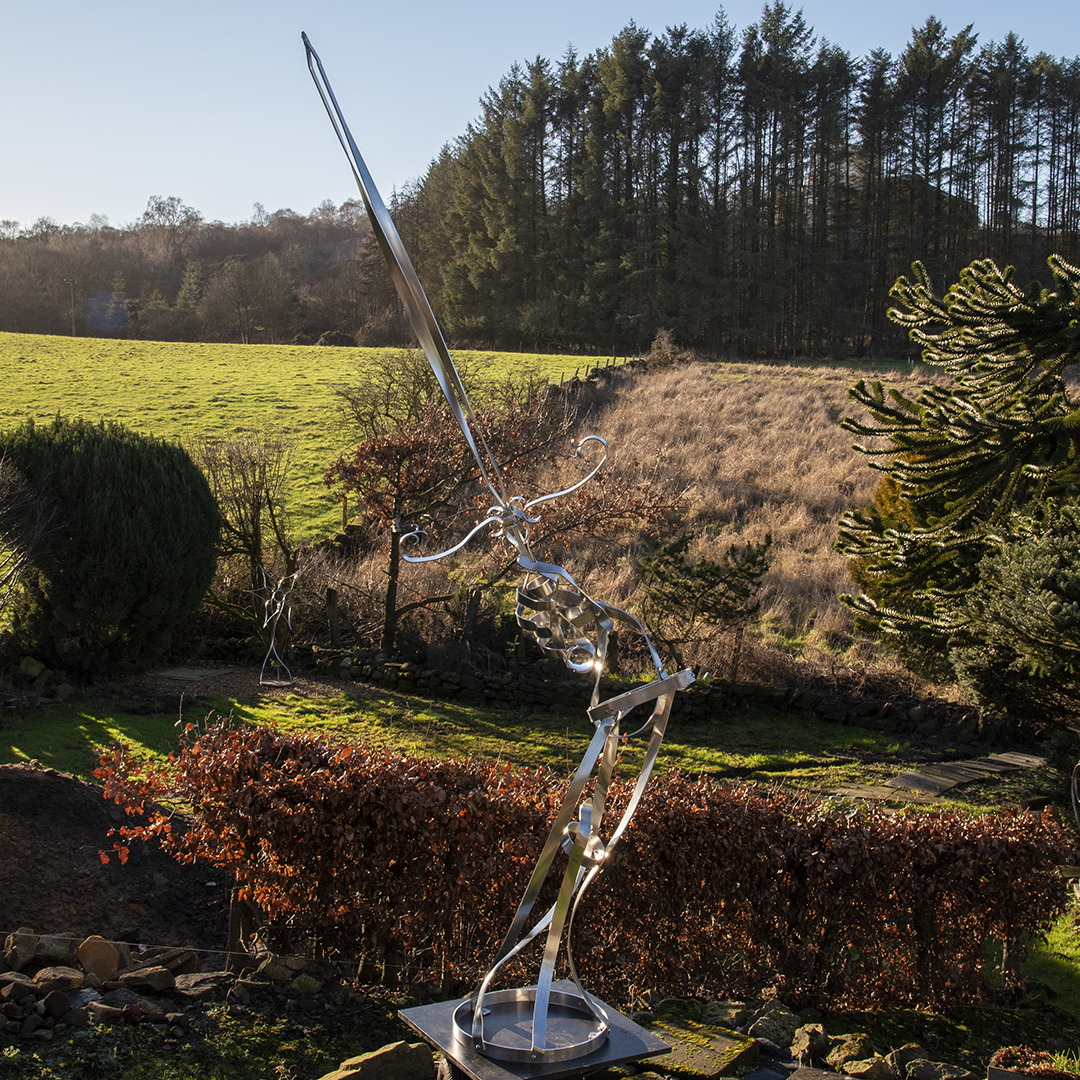 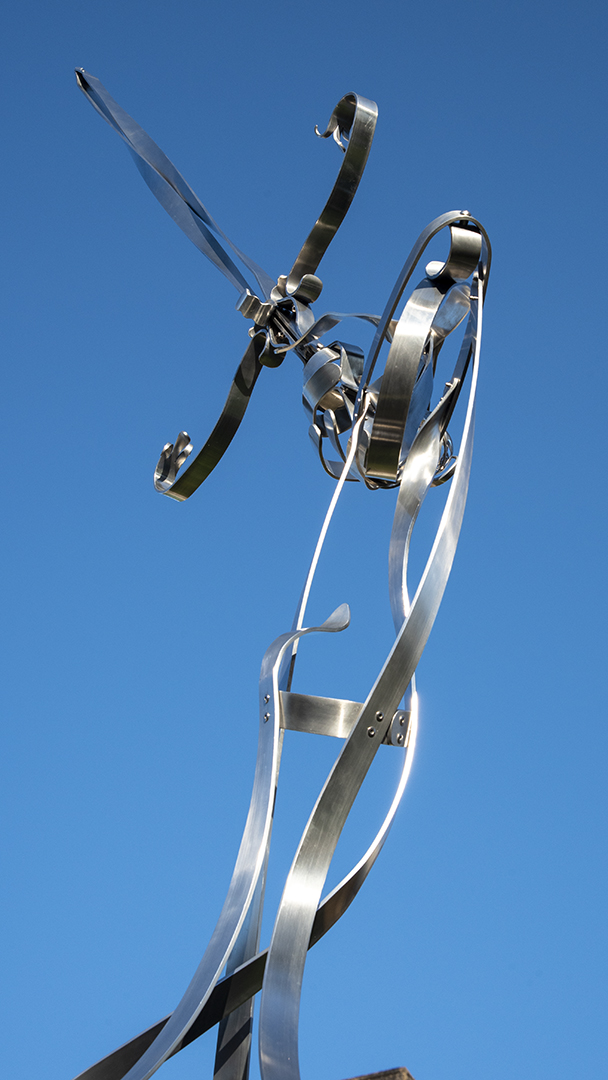 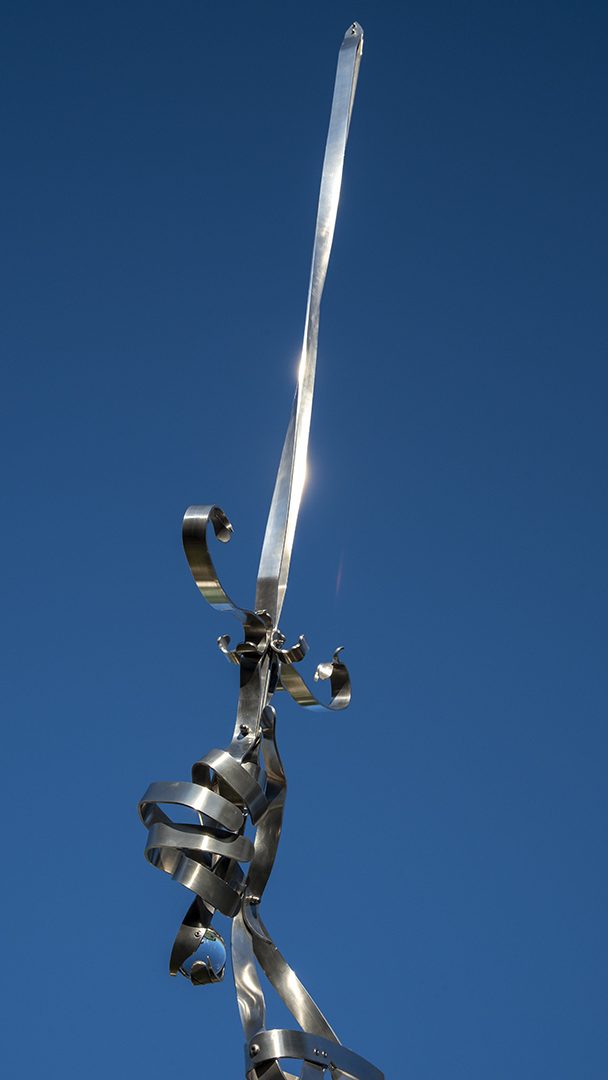 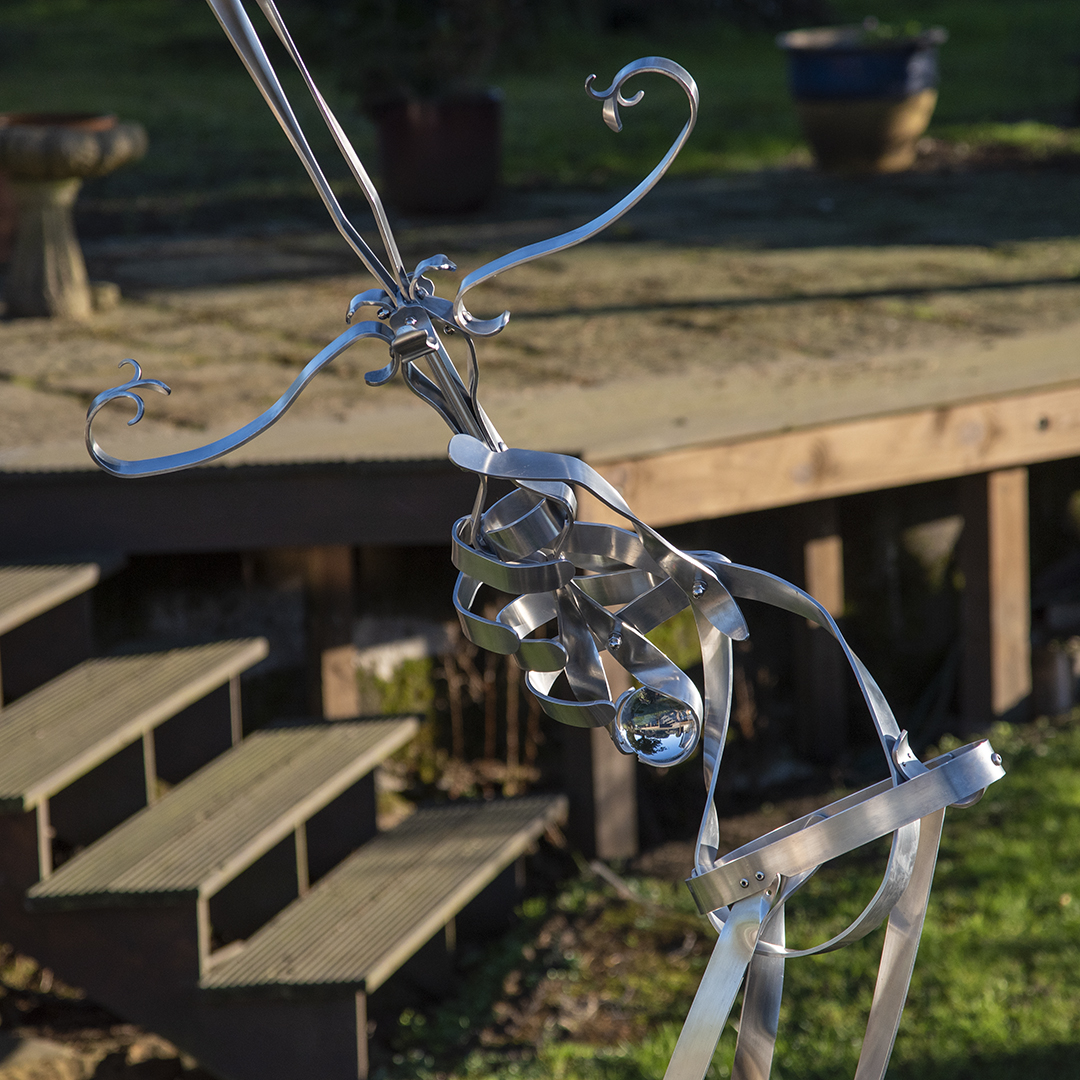 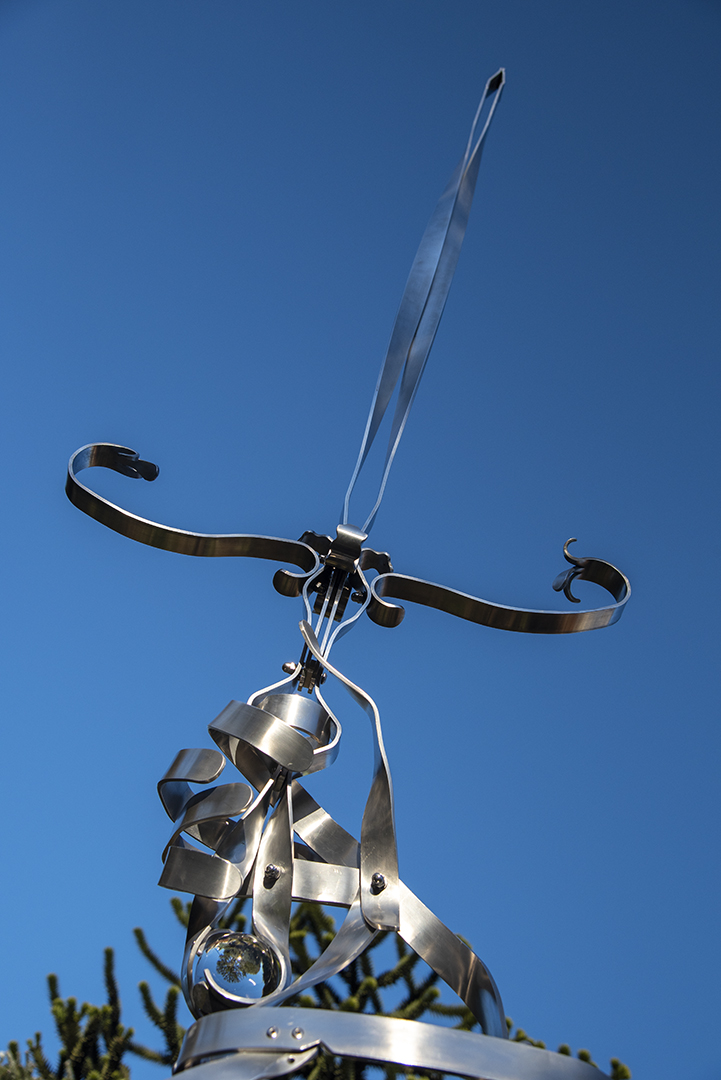 Aluminium Strips Fastened with Stainless SteelSword of State, 20223m tall by 1m round

During research into the royal history of Stirling and Perth inspiration came to create an interpretation of the historic sword from the Honours of Scotland. As the shaping of metal progressed to the form of a recognisable object, thoughts turned to the real object and what it has seen. A gift from a Pope to a King in 1507, the embodiment of influence and privileged recognition. A weapon of war; terrifying thoughts of the brutal injuries that swords like it inflicted in the heat of battle. A symbol of nationhood; part of the ceremony confirming 16th century Kings and Queens at Scone and Stirling. A symbol of oppression; broken in two and hidden under a pulpit in the Kirk of Kinneff from a punitive Roundhead army, then locked in Edinburgh castle and forgotten. A symbol of national pride re-discovered by a Georgian enthusiast; celebrated and publicly displayed. Or perhaps even now held up to the sky as a symbol to a new generation striving for an independent future. Still, it’s fun to feel the weight, look down the blade, and imagine a leading part in a famous movie, all the while suppressing the urge to cry out, “Freedom!”

https://www.northfieldartsandcrafts.co.uk/index.html channelUCPgXpHegc7TxyhBxL9DP59Q
Share
Read More
Next entryHow Can We Use Human Vulnerability as a Strength in the Battle for World Peace?
Previous entryIs This Euphoria?