Is this a homing instinct? 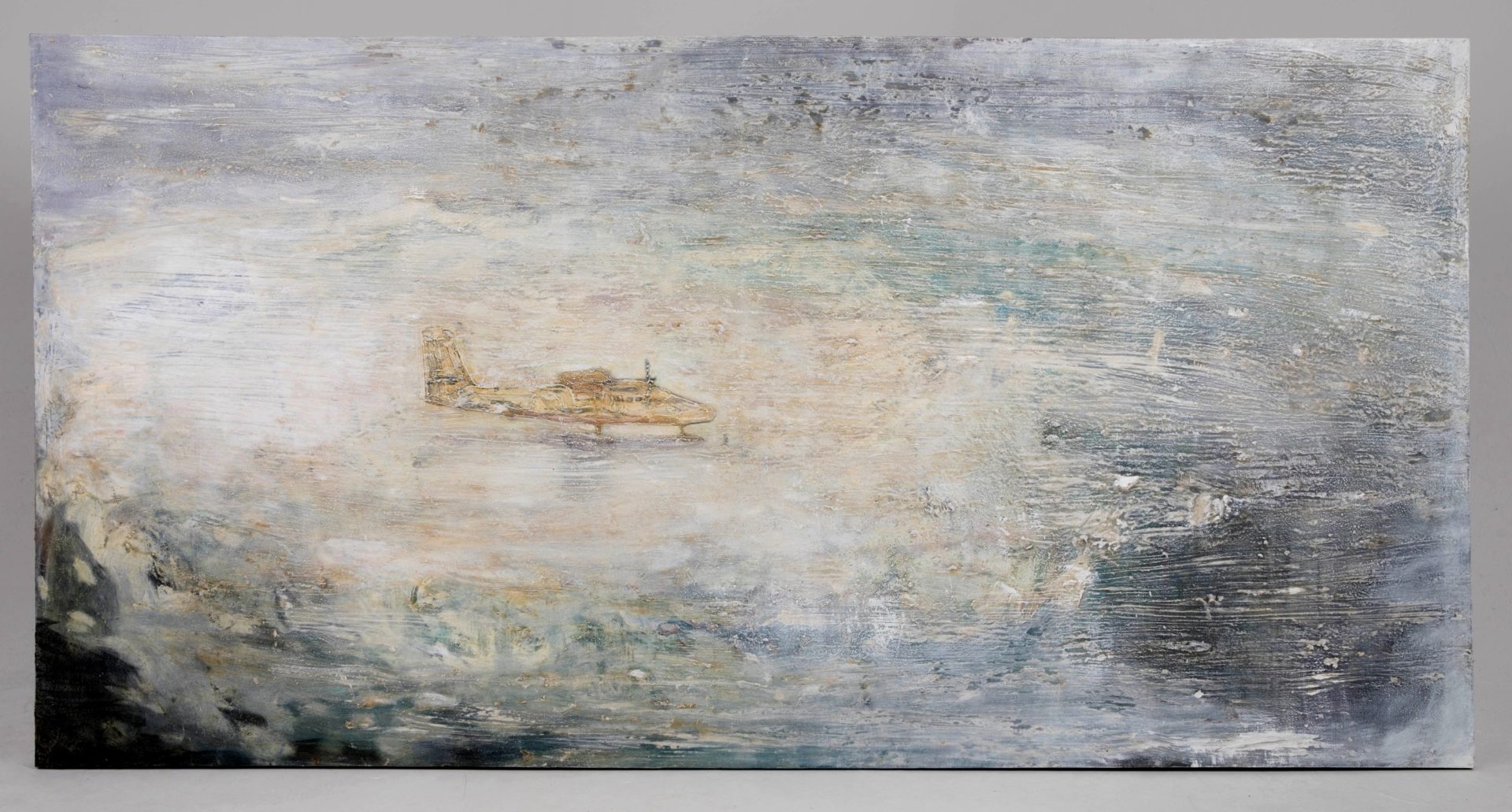 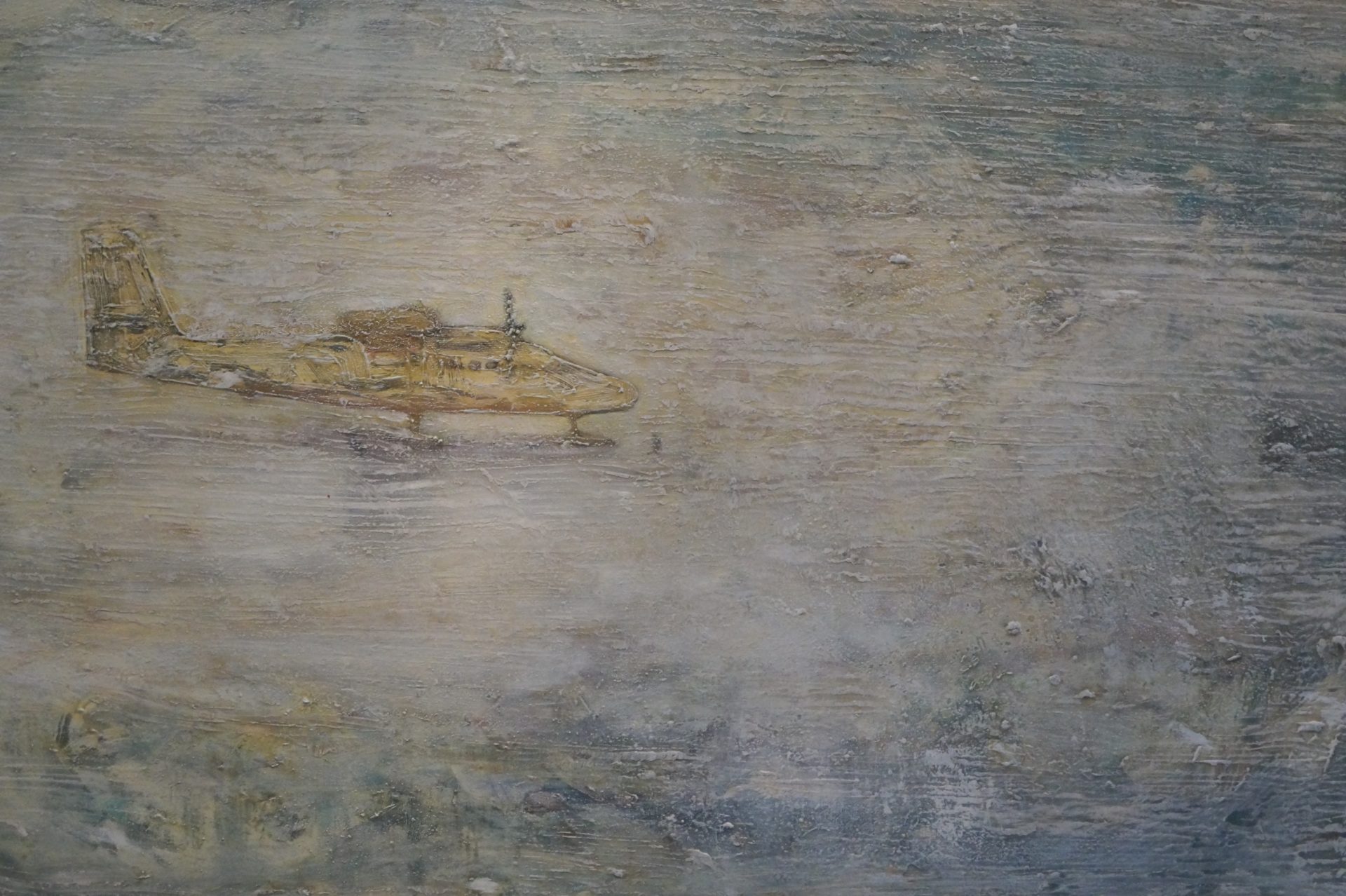 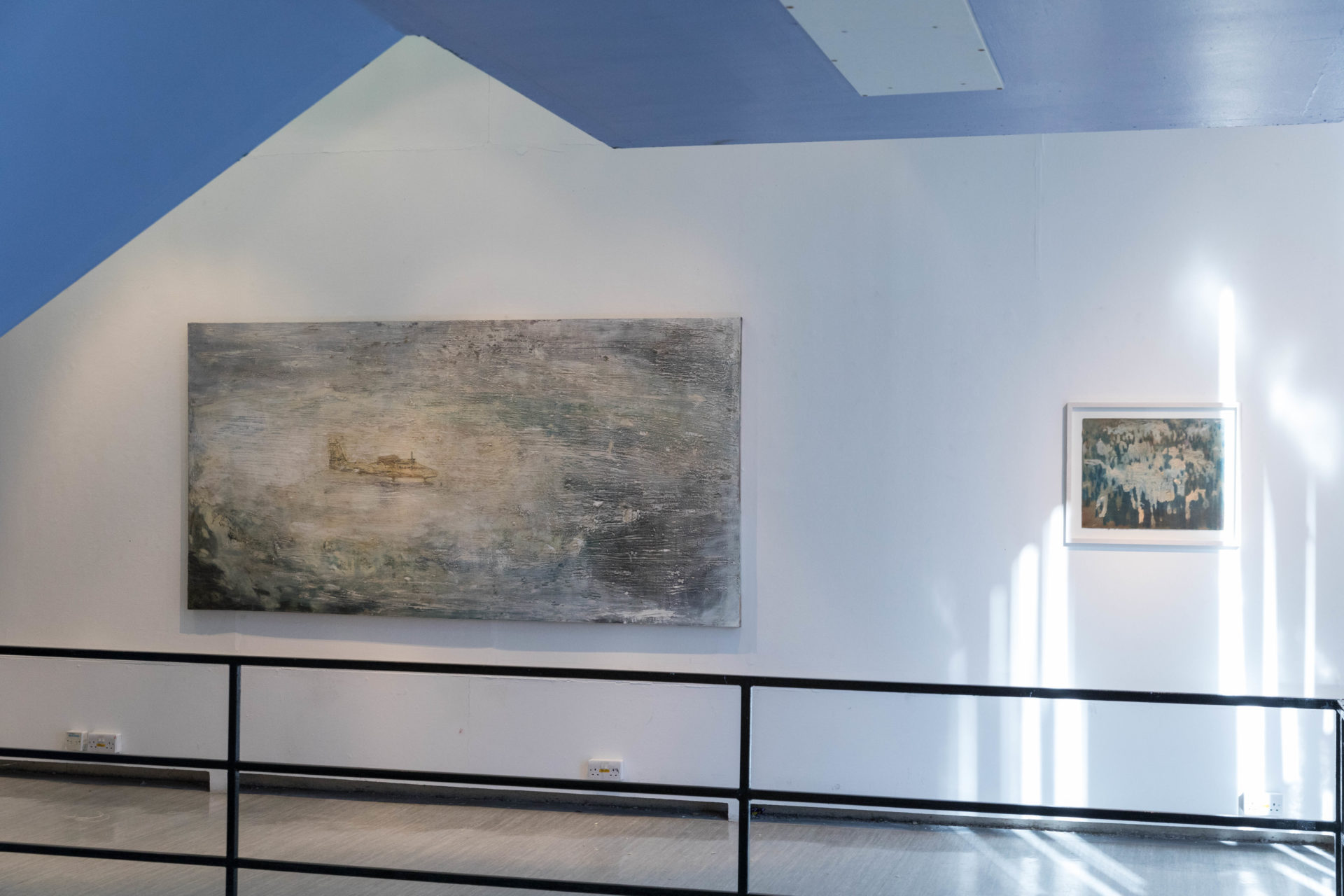 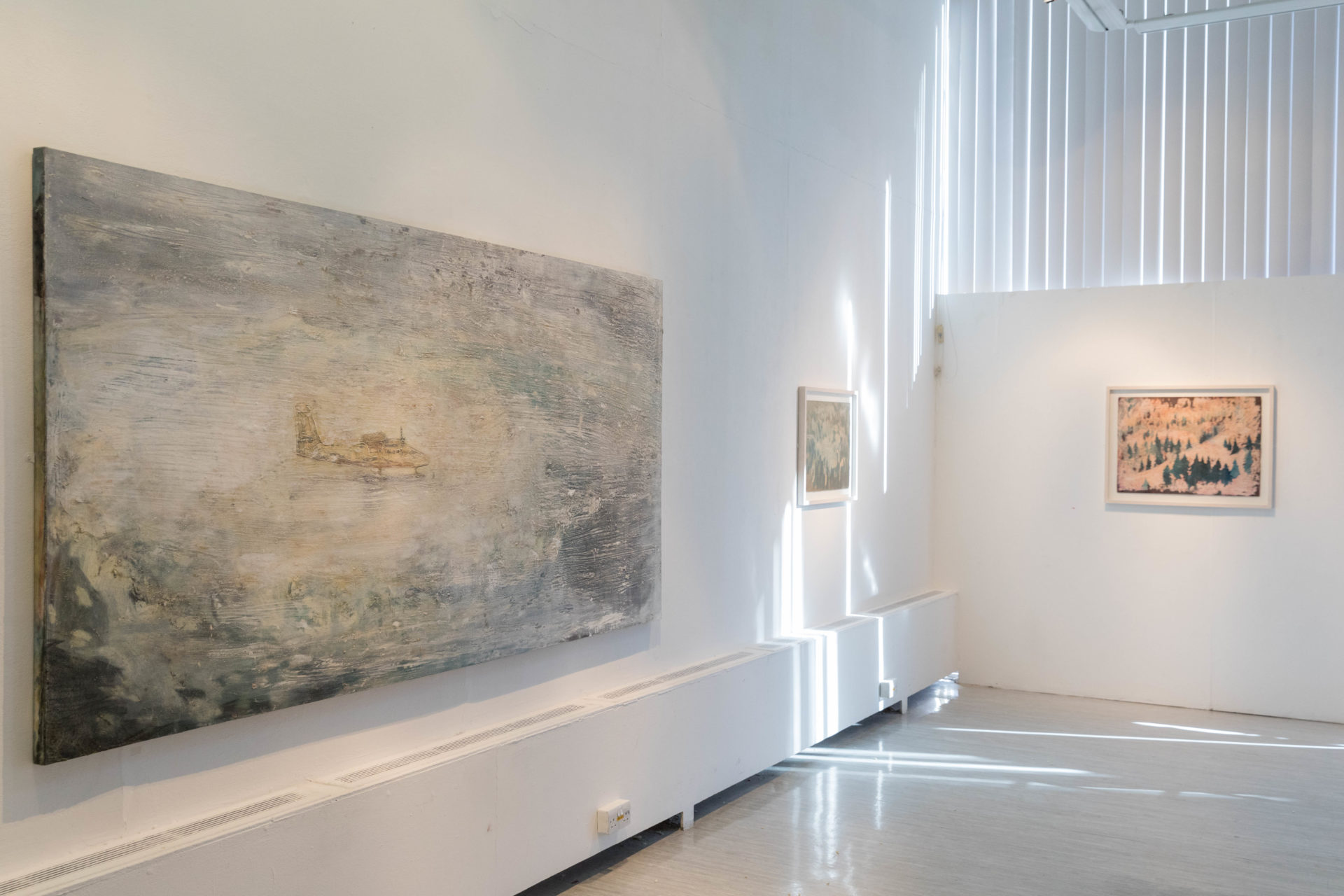 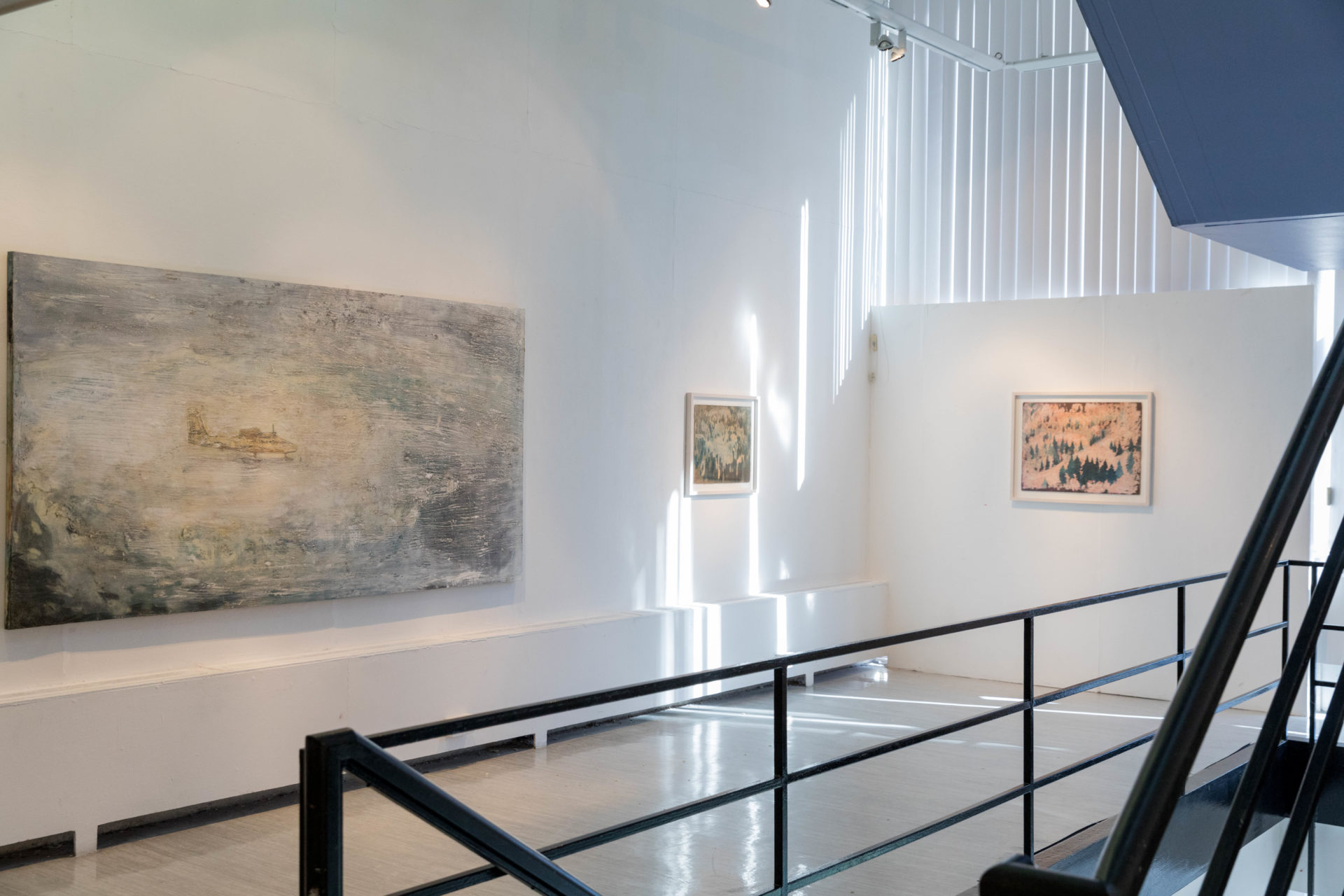 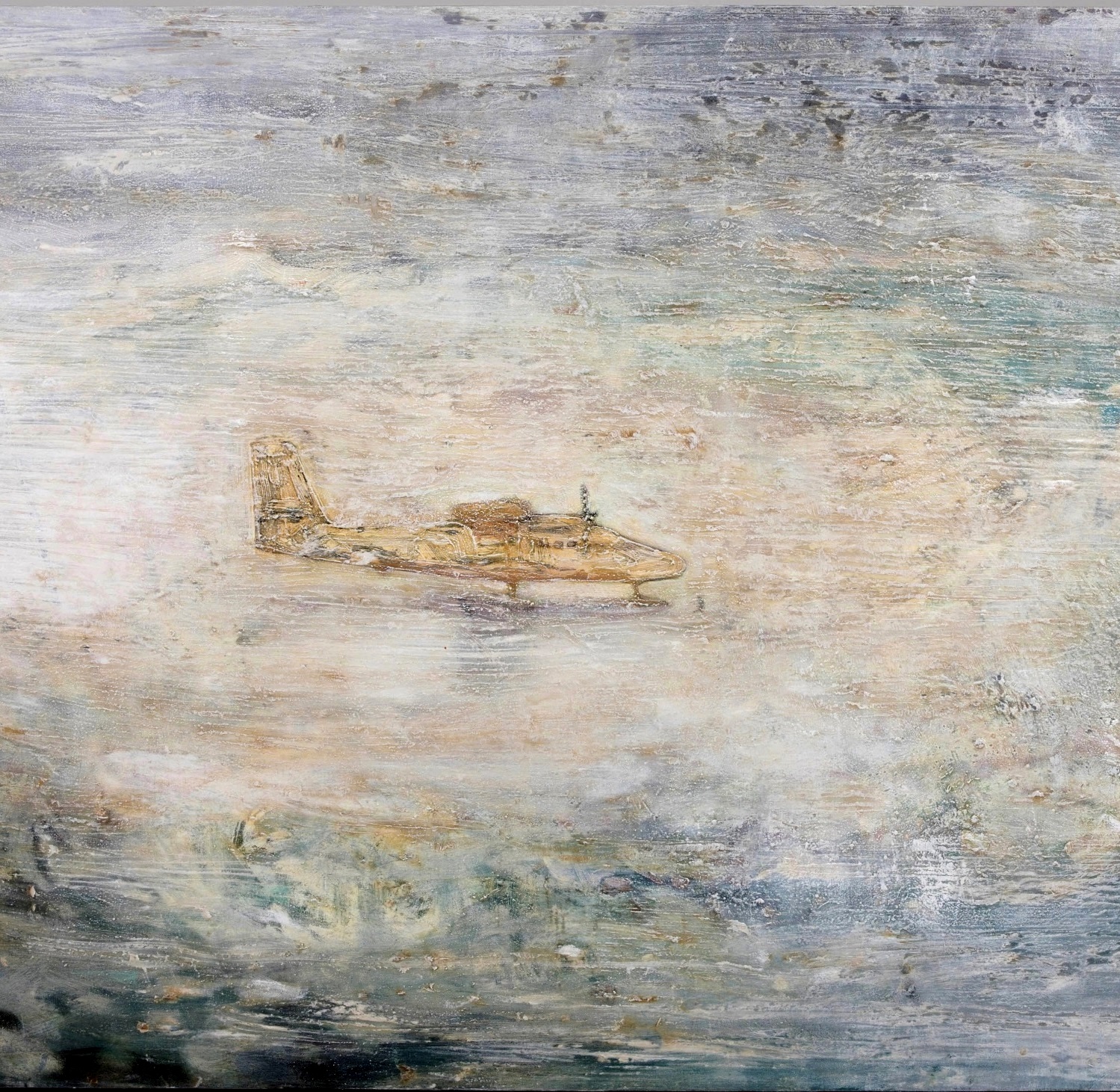 I was born in an arctic town, called Yellowknife. My parents found themselves there as my father worked as one of the ‘Weather Men’, working in arctic weather stations sometimes without light for months, or many others for company, gathering raw data. He describes being in the presence of the most wild and rarely seen arctic creatures which are almost of magical status. I made this painting with a simple memory of my father’s in mind. He told us about a flight he took on a twin-otter plane. I imagined the weather above, below and around the tiny plane as it flew ever further north… buffeting it’s little wings. I envisaged the little plane leaving the safer skies, towards storms in the north like a toy in a game. My father shared a bottle of Canadian whiskey with his fellow passenger as they flew north together. It was a glimpse, a little window into his past world. My family have long since lived back in Scotland, my father working as a beekeeper. I paint to document ideas of where my parents might have walked before me, and as doing so, I grow a kind of instinct to follow their footsteps.