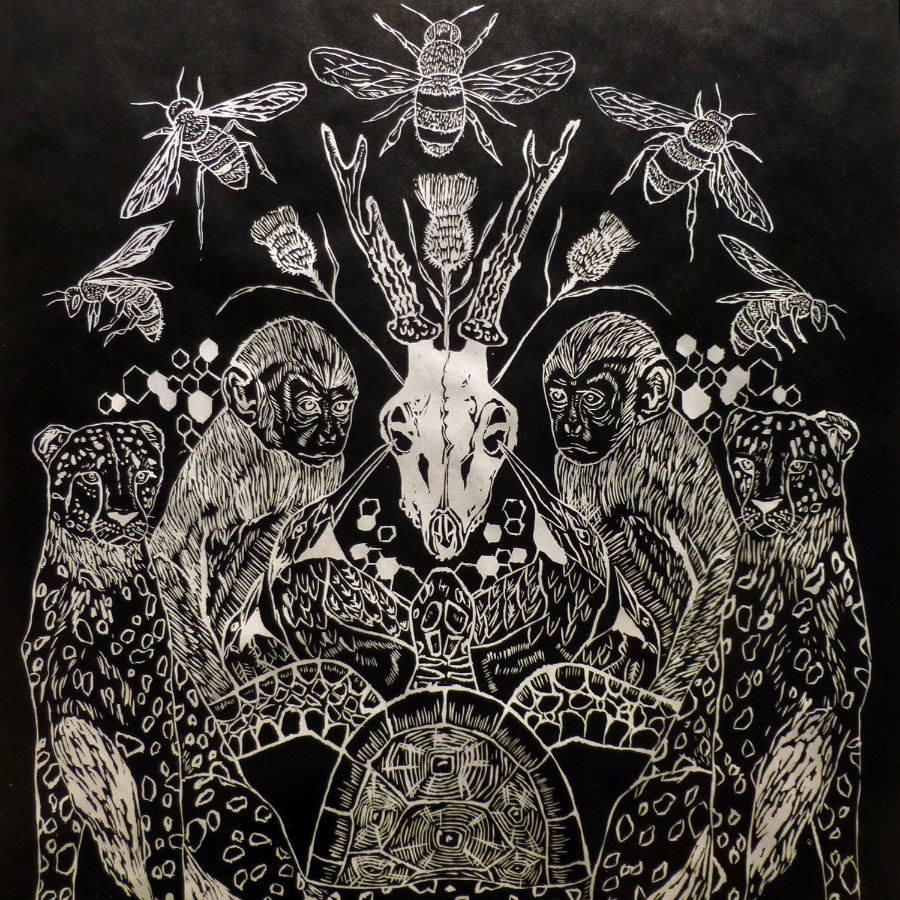 Previous entryWhy am I watching you when you are not watching me?
Next entryHow do we form trust?
December 5, 2019

Is this a glimpse into the unwild? 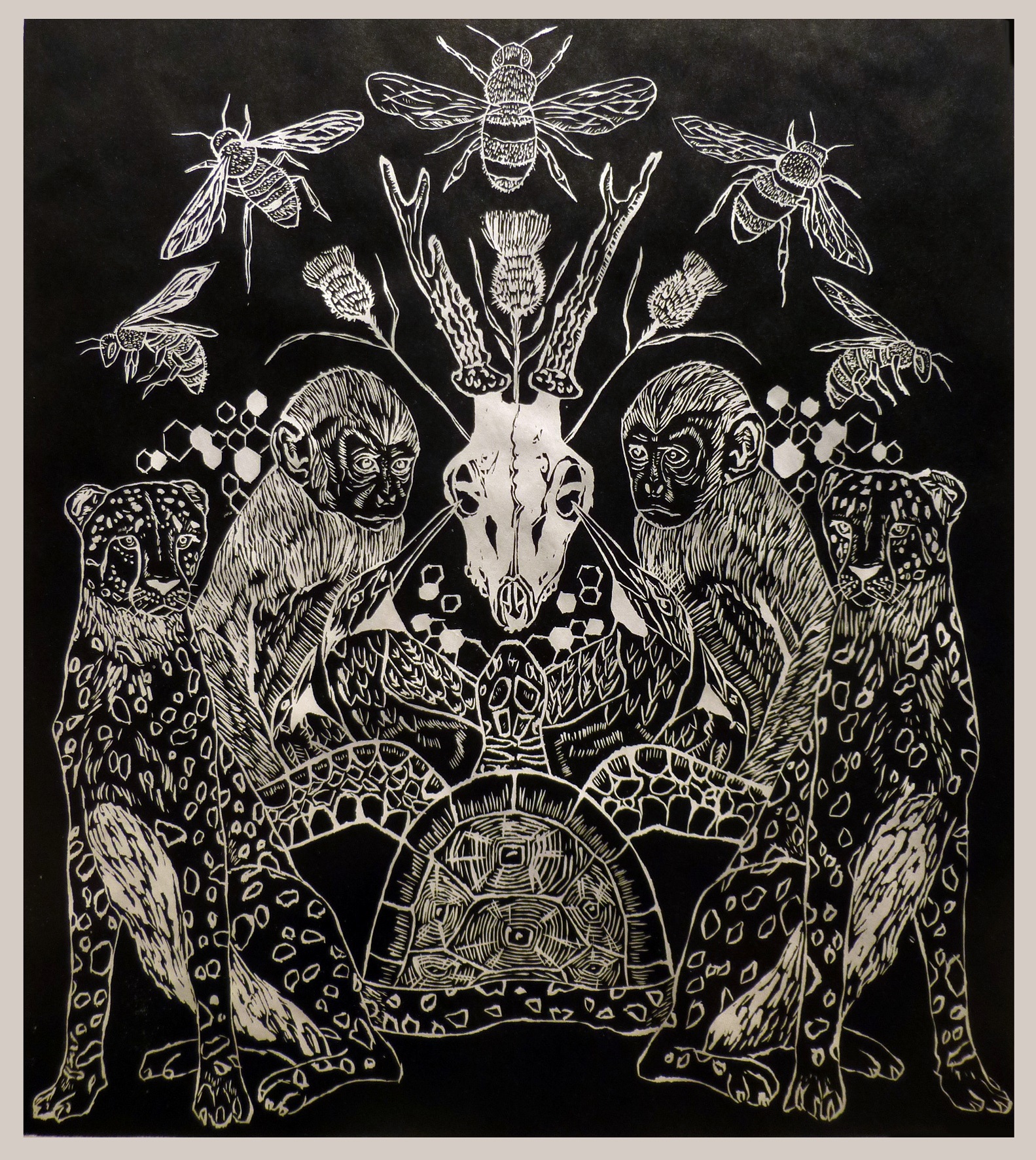 The animal in art has the effect on us of engaging with our humanness, and as ecologies collide and species integrate more commonly now into forged environments than natural habitats, there soon will only be imagined concepts of unearthing the wild. ‘Specola’ illustrates an amalgamation of species in both their entirety and finite state. Each beast, a reflection of itself, points toward the central subject, the skull of a deer that is fixed in place by the bladed beaks of two kingfishers. Framed by the congregation of creatures, the unblinking deer skull hints at a cautionary glimpse into a wilderness, not wild, but one removed from feathers and fur. This is the same world that has rid itself of the Irish elk, endangered the Barbary macaque and plucked the honeybee from the skies. If zoos and observatories are mankind’s only encounters with such beings, there soon will not be a journey taken by animal or human, where one can tread softly, but instead, rather lonely and cautiously into an unknown ‘specola’ or observatory of the unwild.

https://morphbody.weebly.com/
Share
Read More
Next entryHow do we form trust?
Previous entryWhy am I watching you when you are not watching me?