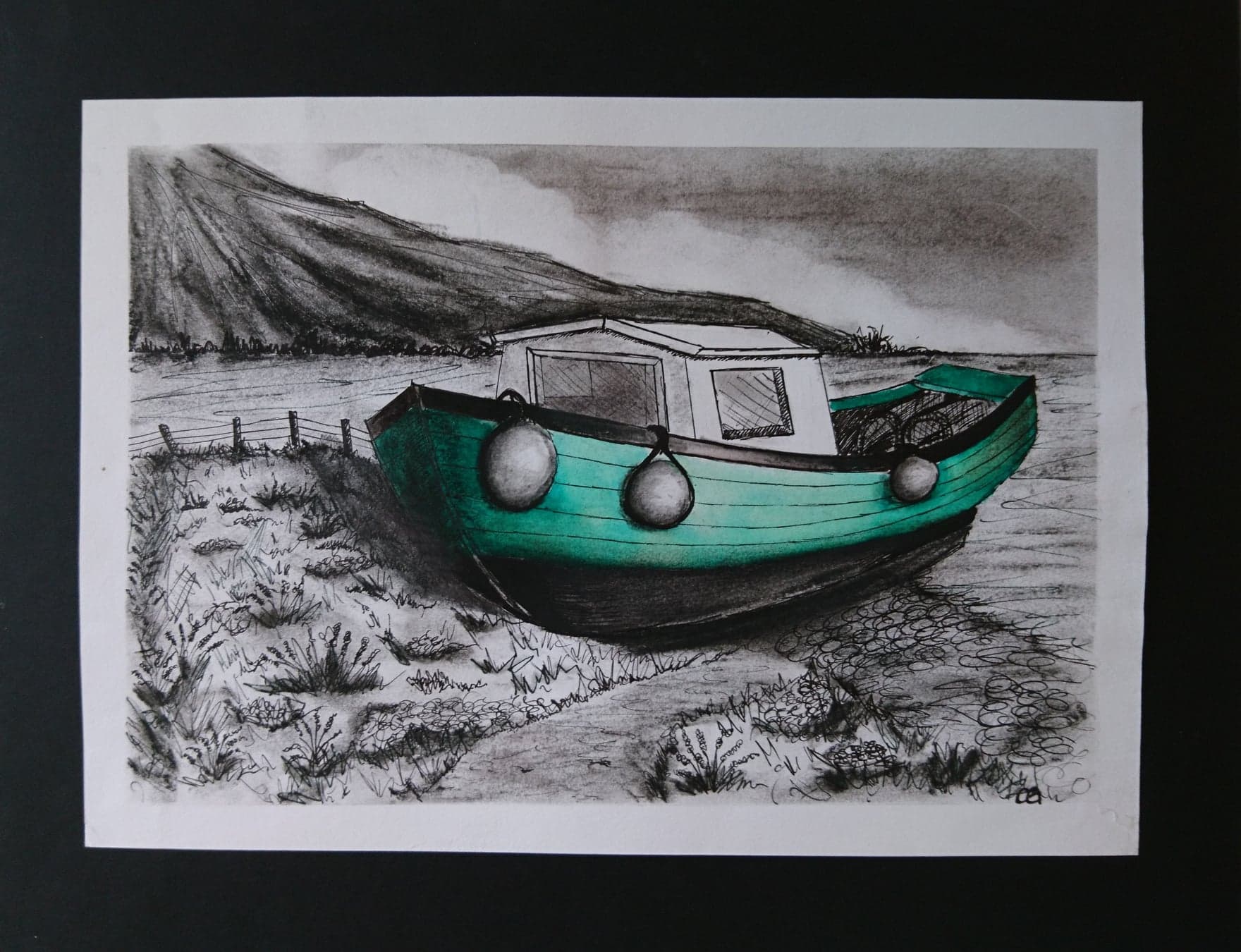 Previous entryAre we socially deprived in Govan?
Next entryHow do I recognise myself?
October 10, 2019

IS THERE A RADIANT FUTURE FOR SCOTLAND’S RURAL FISHER FOLK?

The Royal Society of Edinburgh, Inquiry into The Future of the Scottish Fishing Industry – March 2004, states that there has been a decline of nearly 40% employment in the catching sector between 1993 and 2003. Unemployment can lead to poverty and disadvantage so for Scotland’s rural fishing communities, this sounds like bleak and driech outlook.
Despite these austere findings, the inquiry also highlighted the small boat shellfish sector is growing, as much as 7% between 1993 and 2003. (pages 20-21).
Scotland’s shellfish sector is spread around its asperous coastline. “The Wee Green Creel Boat” sparkles from its surroundings. Its watery green paint shines out from the grey and seemingly desolate charcoal tones of the fantasy Highland machair it has been rested upon. It could be any Scottish fishing community. Green, the colour of life. A shining beacon of hope? Is there still a radiant future for Scotland’s rural folk?