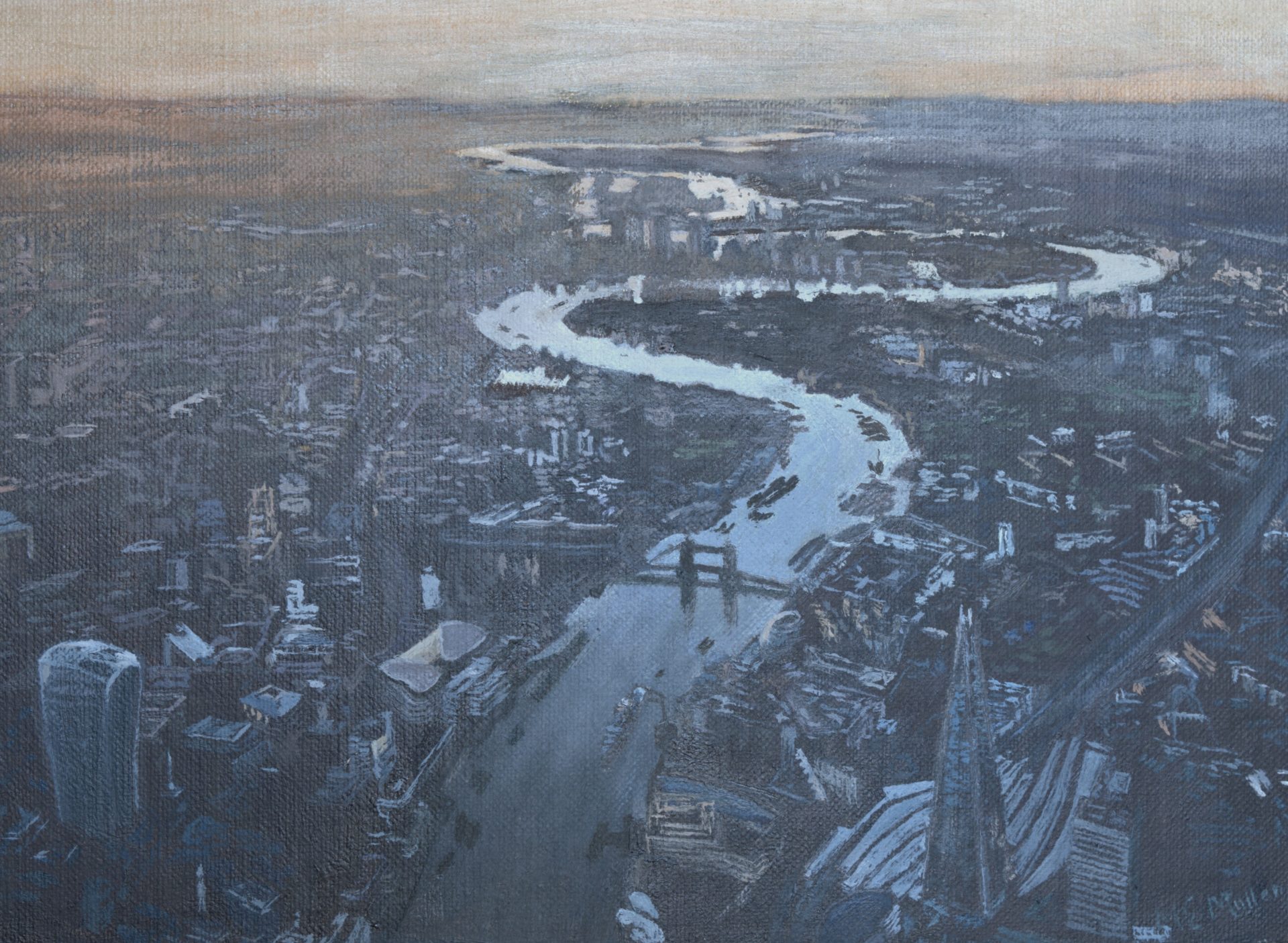 Previous entryWhat is the destiny of a masterpiece that is ahead of its time?
Next entryDo we cause people to not open up by not reacting well when they do?
July 29, 2020

Is there a force, that through the green fuse, drives the flower?

Some time ago I visited the viewing platform in the Shard, and was very impressed by the views, which for some reason made me think of Whistler’s Thames nocturnes, which I have always admired. It later occurred to me that a nocturnal or twilight view of the Thames, from this angle, would be a memorable image, and would allow me to communicate something: both about my experience of living in London, as a student, many years ago; and something deeper, about human perception. The river can be viewed as a metaphor for the collective unconscious; the idea that we are all, somehow, to a degree, influenced by similar inherited predispositions, or perhaps, even, that we can commune with a body of ideas and motivations, that exists, independently, rather like a “collective mind or soul”; what Shakespeare memorably described as “a tide in the affairs of men” The reference to Dylan Thomas, in the title, is specifically intended to suggest the relationship between society, the individual, the environment and our history and culture. The painting can also be viewed as a kind of dream scape, suggesting the state of mind where such thoughts occur and can be explored.

http://www.creativecoverage.co.uk/artists-page/item/577-michael-mullen michaelemullenfineart
Share
Read More
Next entryDo we cause people to not open up by not reacting well when they do?
Previous entryWhat is the destiny of a masterpiece that is ahead of its time?