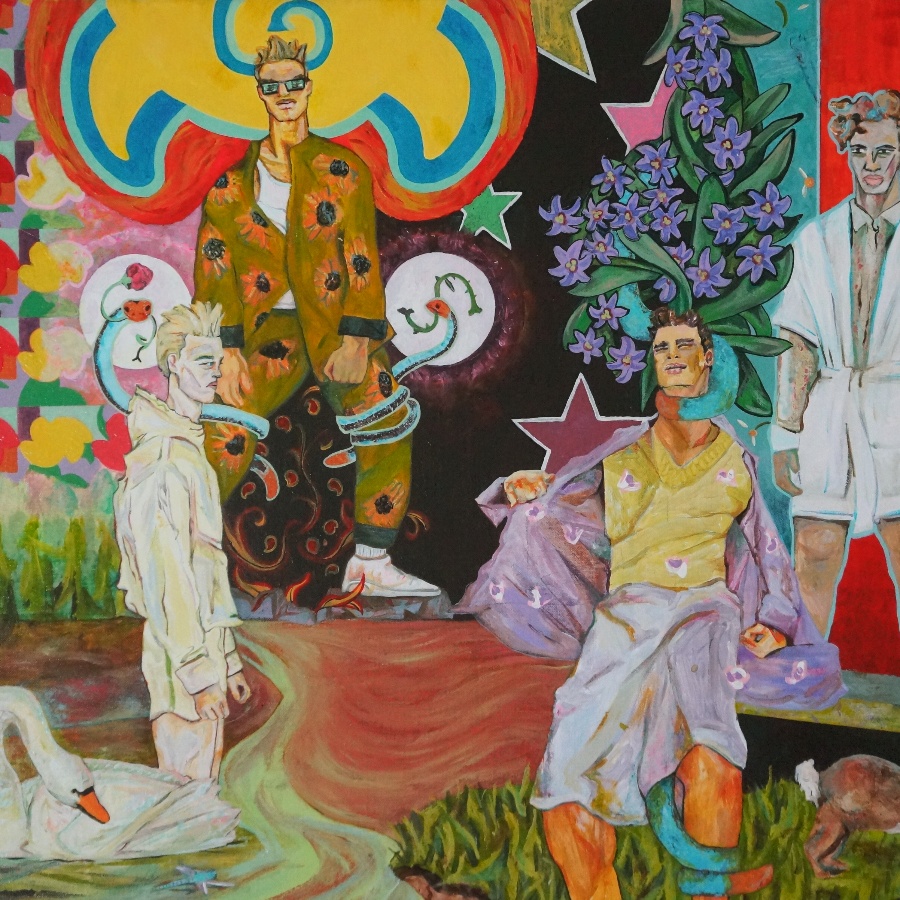 Previous entryAre artistic representations (or self-representations) consisting of violent and graphic imagery impactful, beyond mere shock value?
Next entryCan society take the language and learning of the pandemic and turn it into art?
June 26, 2021

Is reality made of four elements? 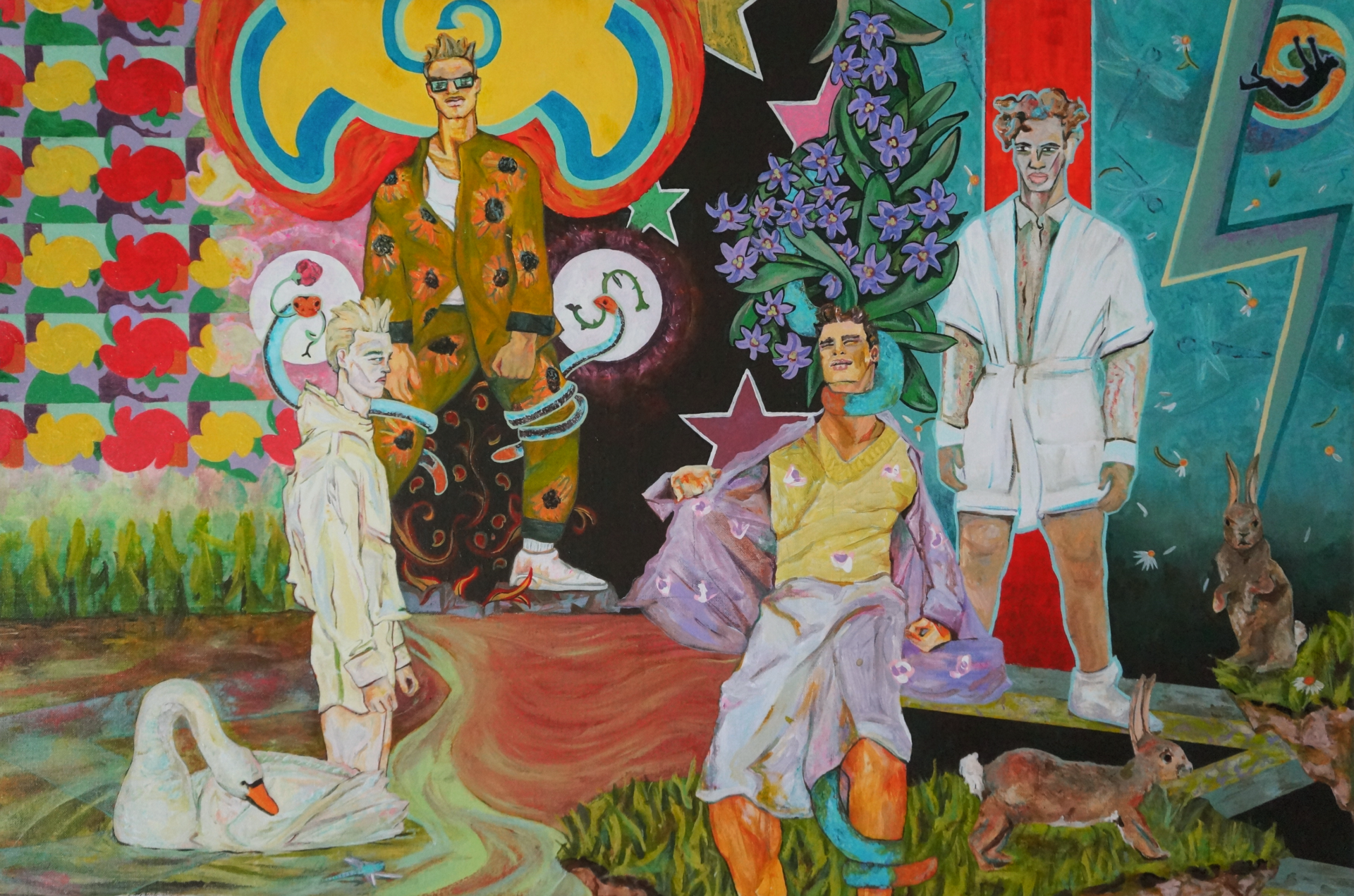 Acrylic PaintThe Four Elements (The Fall of Phaeton and The Death of Hyacinthus), 202192cm x 61cm

The Classical Elements are the most basic way of understanding the patterns of reality through a symbolic lens. While making a narrative painting of two stories from Greek Mythology, I began to notice that each figure exhibited characteristics of one of the elements; although these two stories have been a focus of mine for a while, with each figure representing a ‘feeling’ or ‘trait’, I only came to realise the elemental analogy through this painting. This emergence confirmed my desire to re-orient towards basic symbolic understandings of the world. I have thought for a while about the oppressive hegemony of ‘science’ which, especially in the last year or so, has imagined itself to be capable of accounting for absolutely everything. But it cannot account for meaning. Through art, I want to show how the world ‘fits together’ in the most elemental way, which re-enchants our experience of life. I have been very engaged in the growing sense that a return to a symbolic understanding of the patterns of the world is inevitable, perhaps the only remedy for the fragmentary dominance of science and rationality in mainstream discourse. And this begins with Fire, Water, Earth, and Air.

scottcoubra
Share
Read More
Next entryCan society take the language and learning of the pandemic and turn it into art?
Previous entryAre artistic representations (or self-representations) consisting of violent and graphic imagery impactful, beyond mere shock value?