Is mass tourism willful blindness or an environment catastrophe? 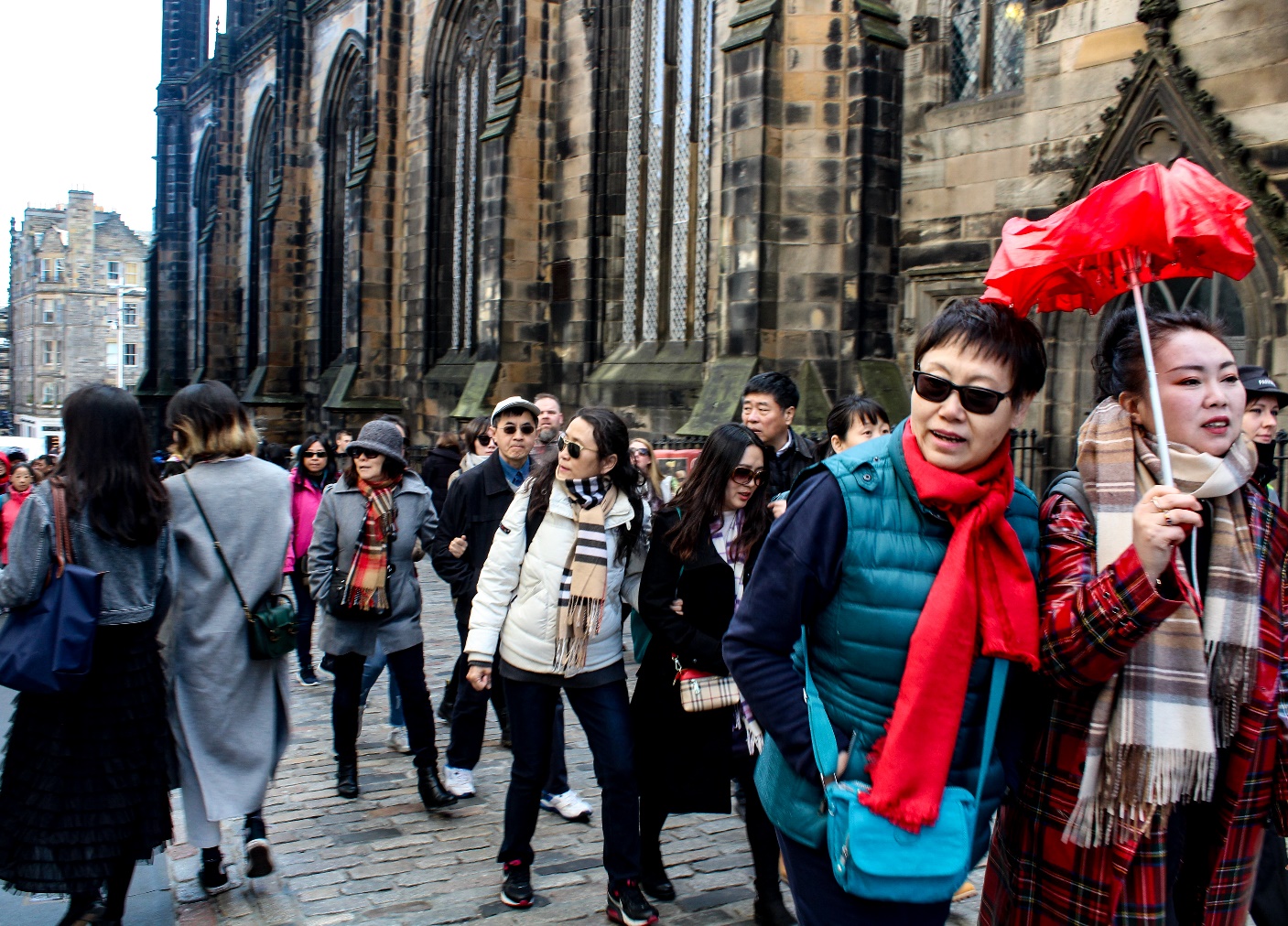 The Scottish capital struggles to cope with a new influx of tourists during its summer festivals. It seems now the tourist season is bulging pre and post-festival time, creating unforeseen consequences for residents, pushing them outside the Old and New Towns. Some of the locals feel Edinburgh turns into a theme park, due to the growing tourism industry trying to satisfy the visitors’ expectations. The residents are concerned about constant noise coming from open-buses, numerous walking tours, growing traffic, bagpipers, and music played by a wide array of Tartan Tat across the Old Town. However, Edinburgh’s tourism industry creates around 35,000 jobs and boosts the city’s economy by 1.5 billion per year. The introduction of direct flights with Beijing in 2018 brings extra 29,000 Chinese tourists every year to Edinburgh. The Chinese were leading contributors towards the city’s economy even before the flights, but their number grew by 300% in 2018, making them the most common nationality visiting the Scottish capital. Edinburgh having a great educational reputation attracts many overseas students, including an ever-growing number of Asian nationals, who during their stay in Edinburgh bring their families and friends to Scotland, recommending the capital as a desirable holiday destination.

Willful Blindness,
PreviousWhat are the myths that prop up unequal land ownership in Scotland?
NextWhat is causing men to commit suicide?