Is it possible to lament from within a dark place and still inspire hope? 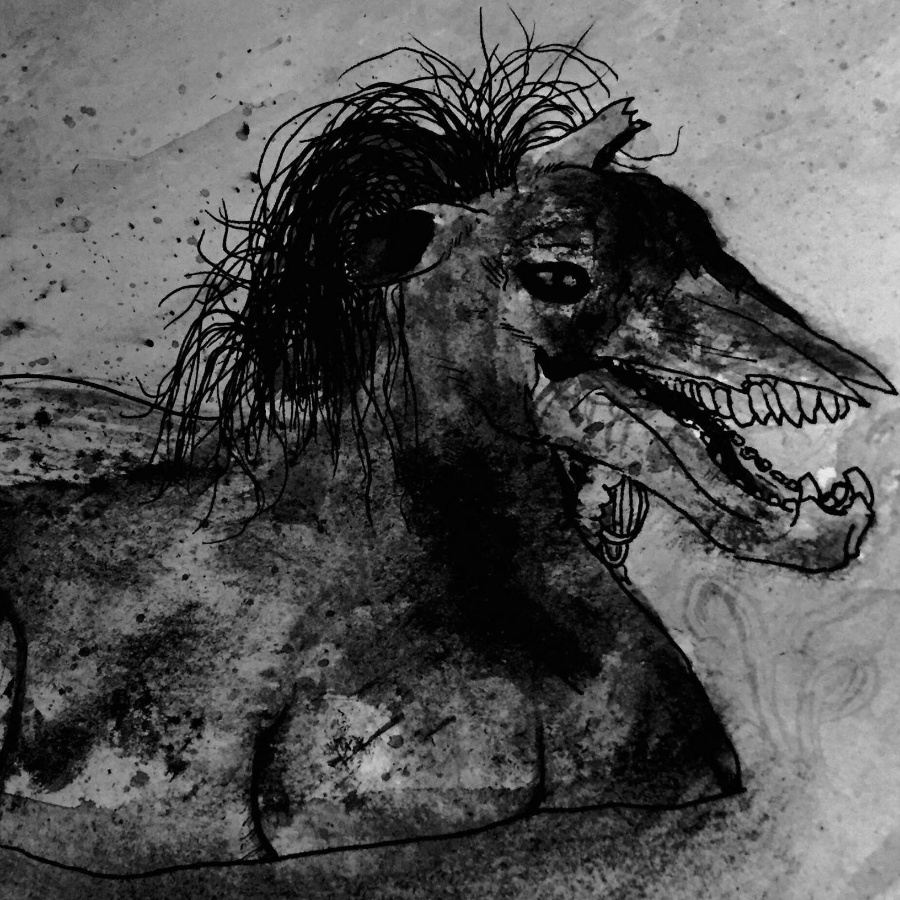 The germ of the idea for the piece first came thanks to hearing the story of the pit ponies who worked in the mines under the River Forth. This story coincides with my concern over the climate crisis and our broken planet with activities such as fossil fuel mining in the age of the Anthropocene; the loss of animal habitat and species is giving rise to a new mass extinction, and by extension, the chilling notion that creatures are slowly but surely ‘vanishing’. This got me asking: who are planet Earth’s gatekeepers? How can we record the missing? I researched the history of pit ponies and mining. I read Zola’s ‘Germinal’. The themes of mental health and exile are also paramount. The obsessive drawing of eyes became an important motif for a subterranean beast intent on re-connecting with his own vision and with humanity despite stultifying square-peggedness and isolation. Anthropomorphism became the vehicle to articulate the perfect storm of all the above – the use of skewed and fragmented narrative, memoir and the obliquely mythical. In the pit pony’s case, language (and not coal) is the only raw material he has left at his disposal with which to fight.

The Pit Ponies' Penultimate Life Drawing Class, 2017Spoken Word Poetry/Theatre
watch
PreviousWhat is the reality of the butterfly effect?
NextIn an era of emergence and submergence, where is the tip of the melting iceberg?