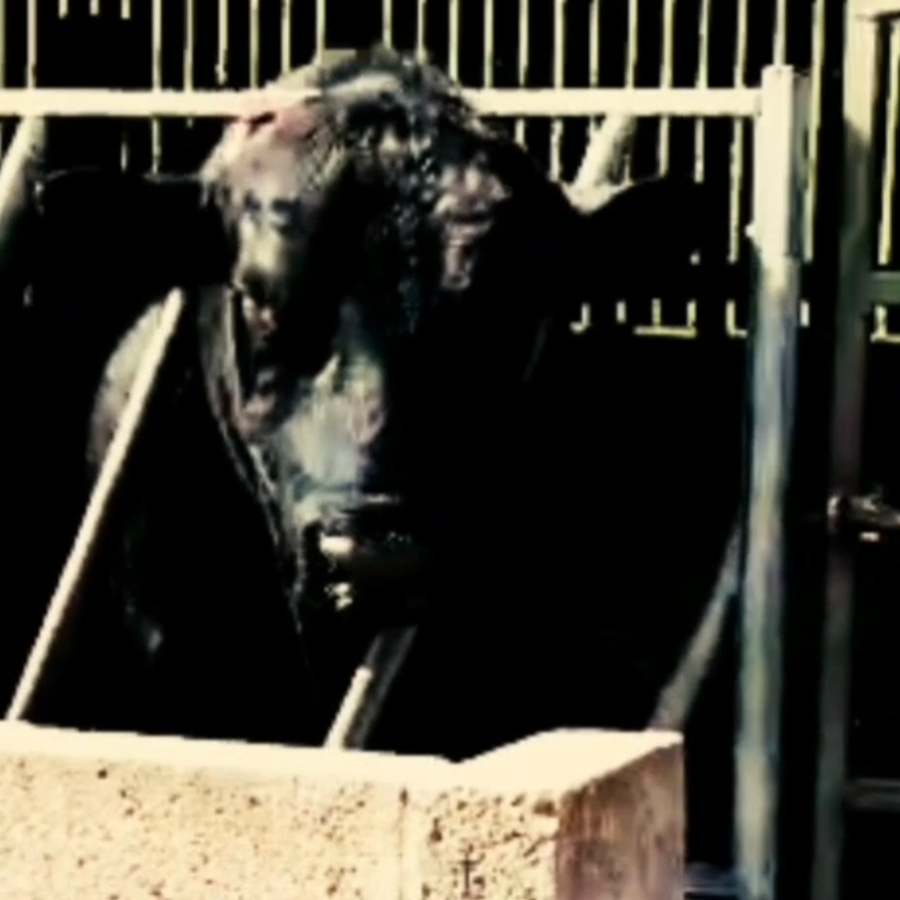 This short film explores a man beginning to feel guilt over his consumption of animals, he has a moral epiphany and gives up meat. The colours in the film reflect the characters moral compass beginning with green; the colour most associated with guilt, and after bettering himself, the screen brightens showing his conscious getting clear. The man turns on tv to a documentary exploring how meat is made which slowly begins to make him feel guilt. Later in the film he decides that going vegan will save his soul. He is happy at the end of it as he has become a better person, not having to feel guilt over the unruly death of animals for human consumption. There is no sound to amplify the importance of the images shown, and also to signify how the animals are silenced.