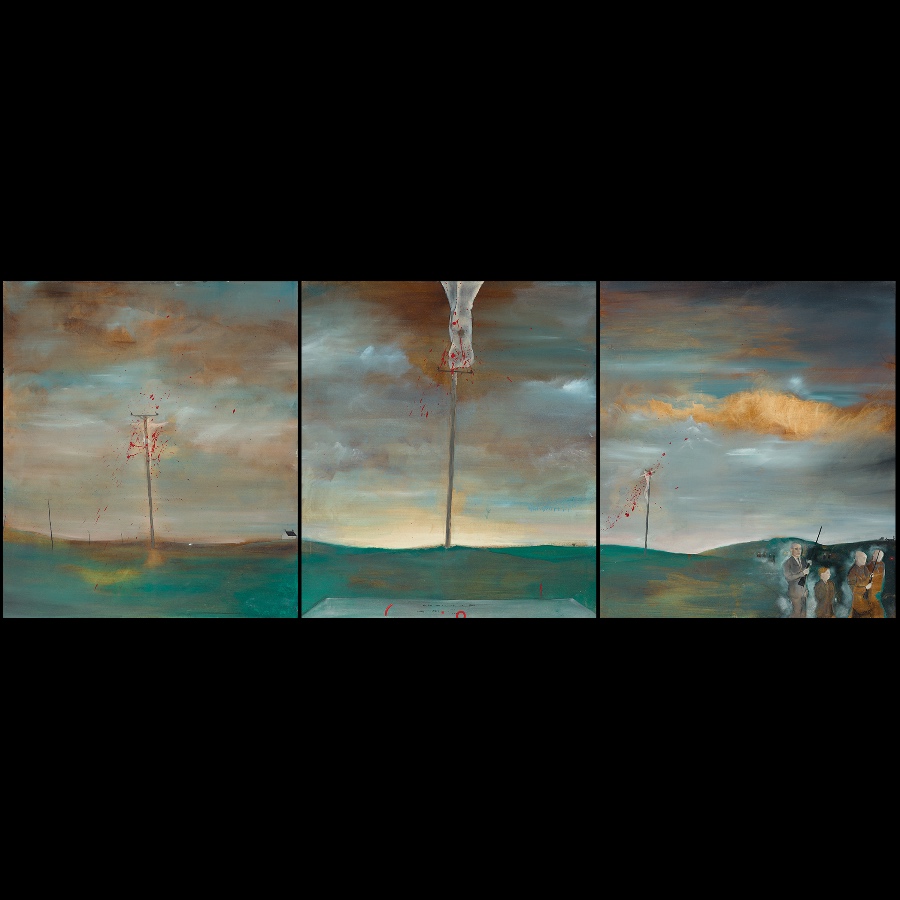 Previous entryHow Do You Fall Back in Love with a City?
Next entryWhen Will It Stop…Tic.. Toc?
July 28, 2021

Is Civilisation’s Chaos Ultimately Its Salvation? 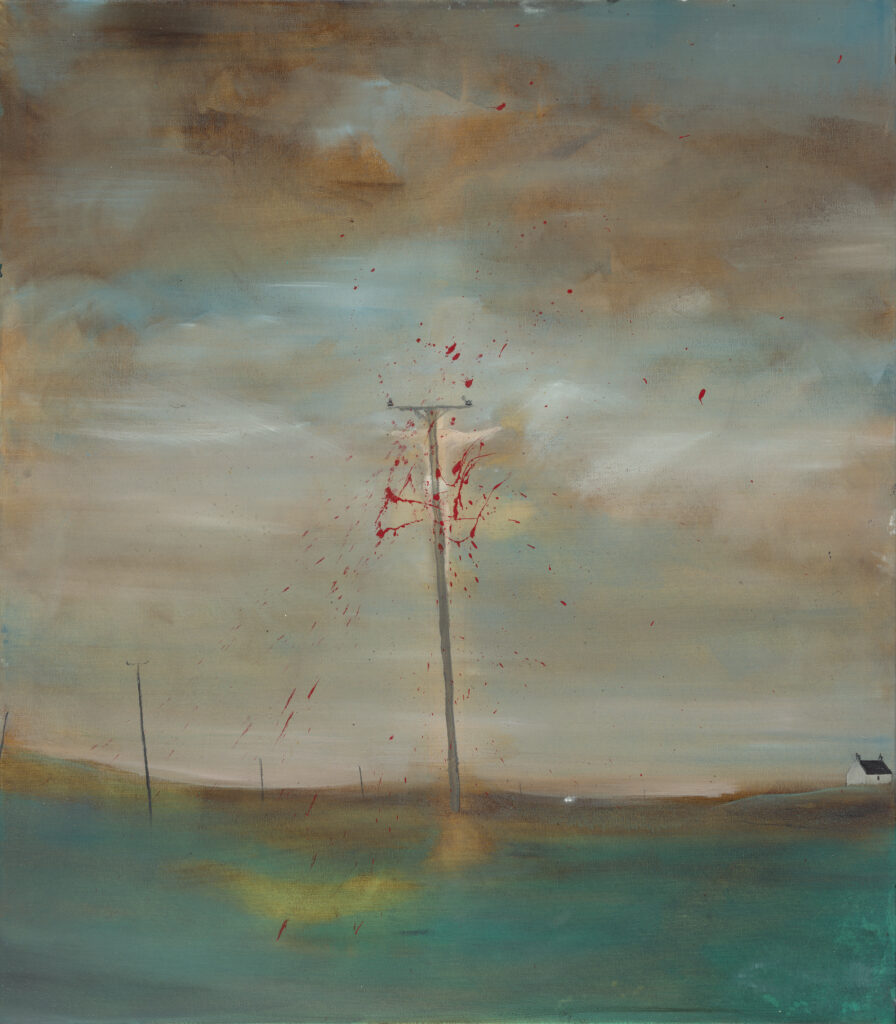 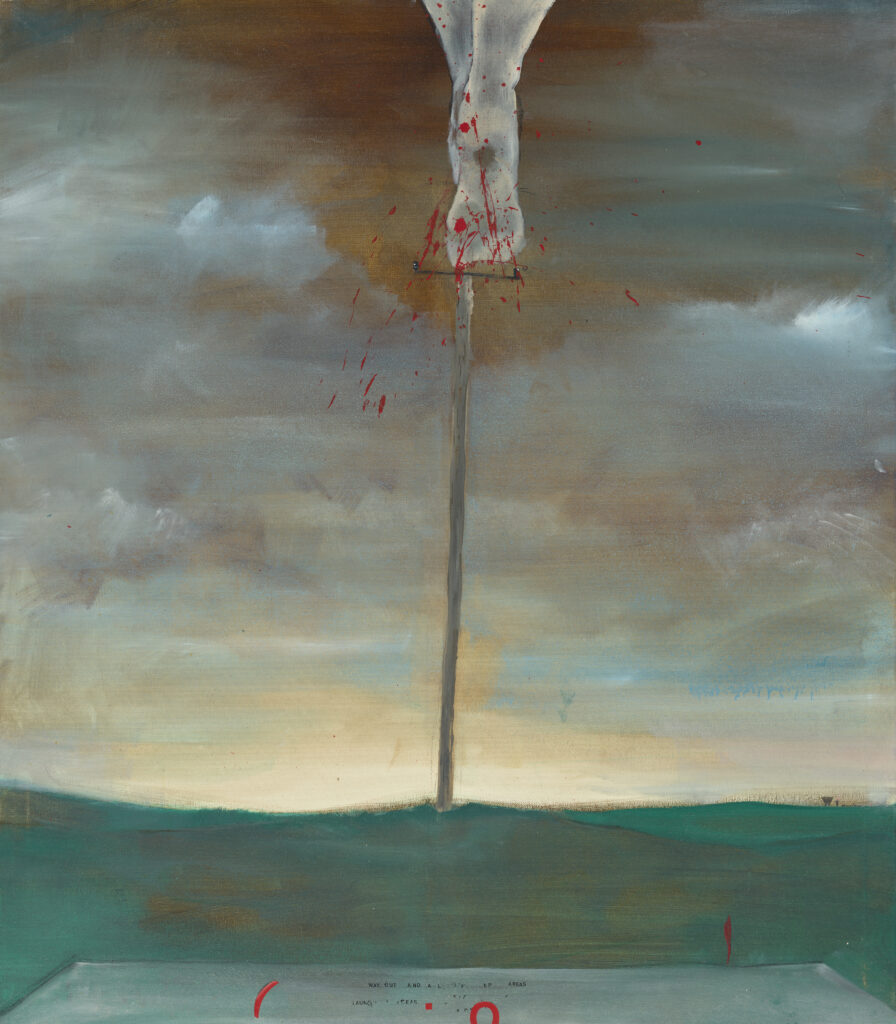 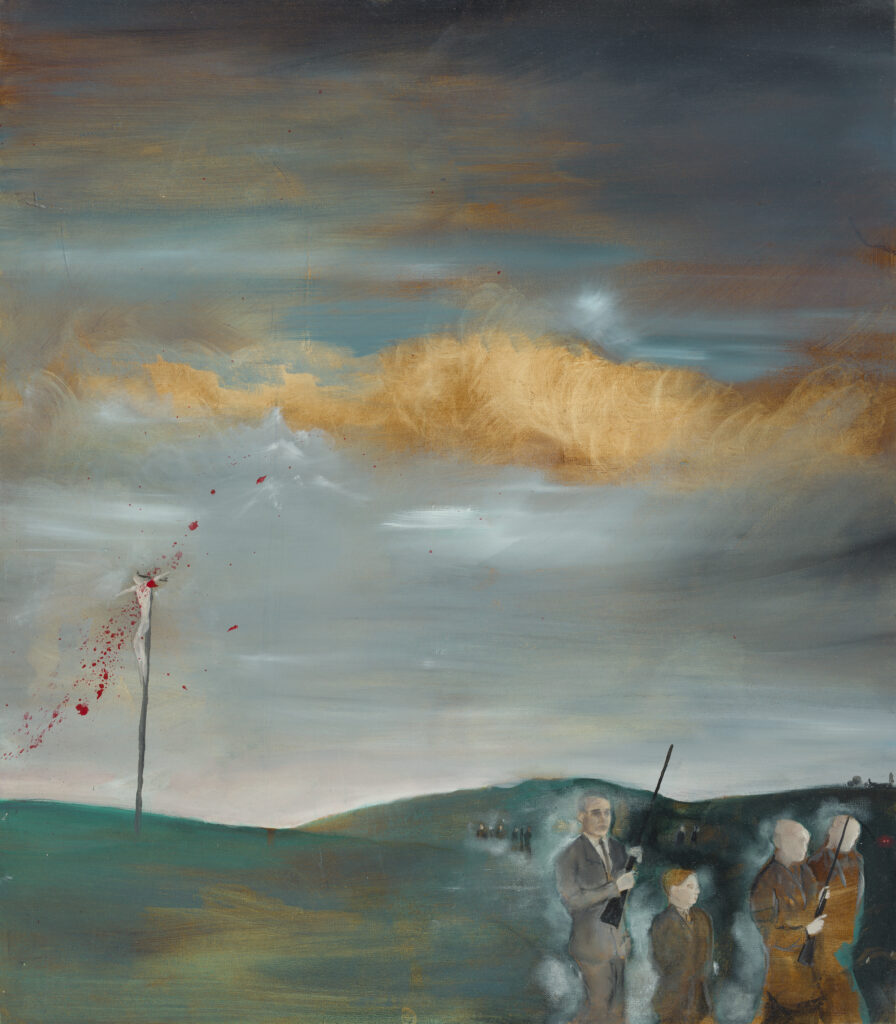 A paradoxical interpretation of the crucifixion based on a recent dream and channelling the haunting atmospherics evoked in Sorley MacLean’s poem ‘Hallaig’ and the Runrig song ‘Cnoc Na Feille’. Like the painters Francis Bacon and Matthias Grünwald I have made a triptych during a time of crisis and its aftermath. The Crucifixion has come to symbolize far more than the historical and religious event itself and is an armature on which you can hang all types of feelings and ideas and can be depicted at any time and place. The setting being the surrounding area of my home in South Uist where I grew up with landmarks acting as poetical motifs. In the left panel the headlights of the car coming toward is intended to signify an entry to life whilst rear lights in the distance on the right panel symbolises an exit/ending of sorts. Within these parameters the crucifixion is depicted on pylons, a symbol of connection. The procession adapted to the setting is a tradition on the Isle of Eriskay involving the shooting of guns into the air to ward off evil spirits.

Share
Read More
Next entryWhen Will It Stop…Tic.. Toc?
Previous entryHow Do You Fall Back in Love with a City?