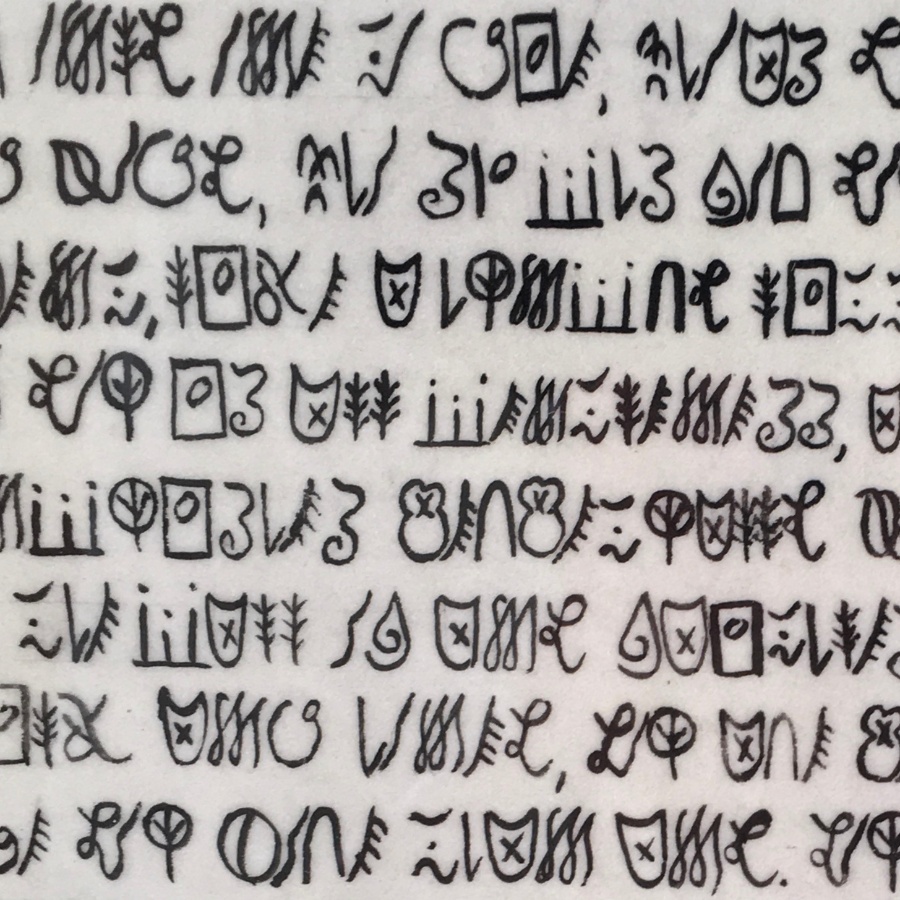 Previous entryWhat is the purpose of public space in the Glasgow City Centre in a post-retail world?
Next entryWhy Is My Body Against Me?
January 21, 2021

If the history of your identity has been suppressed and destroyed, can you restore it, and thus restore a part of yourself? 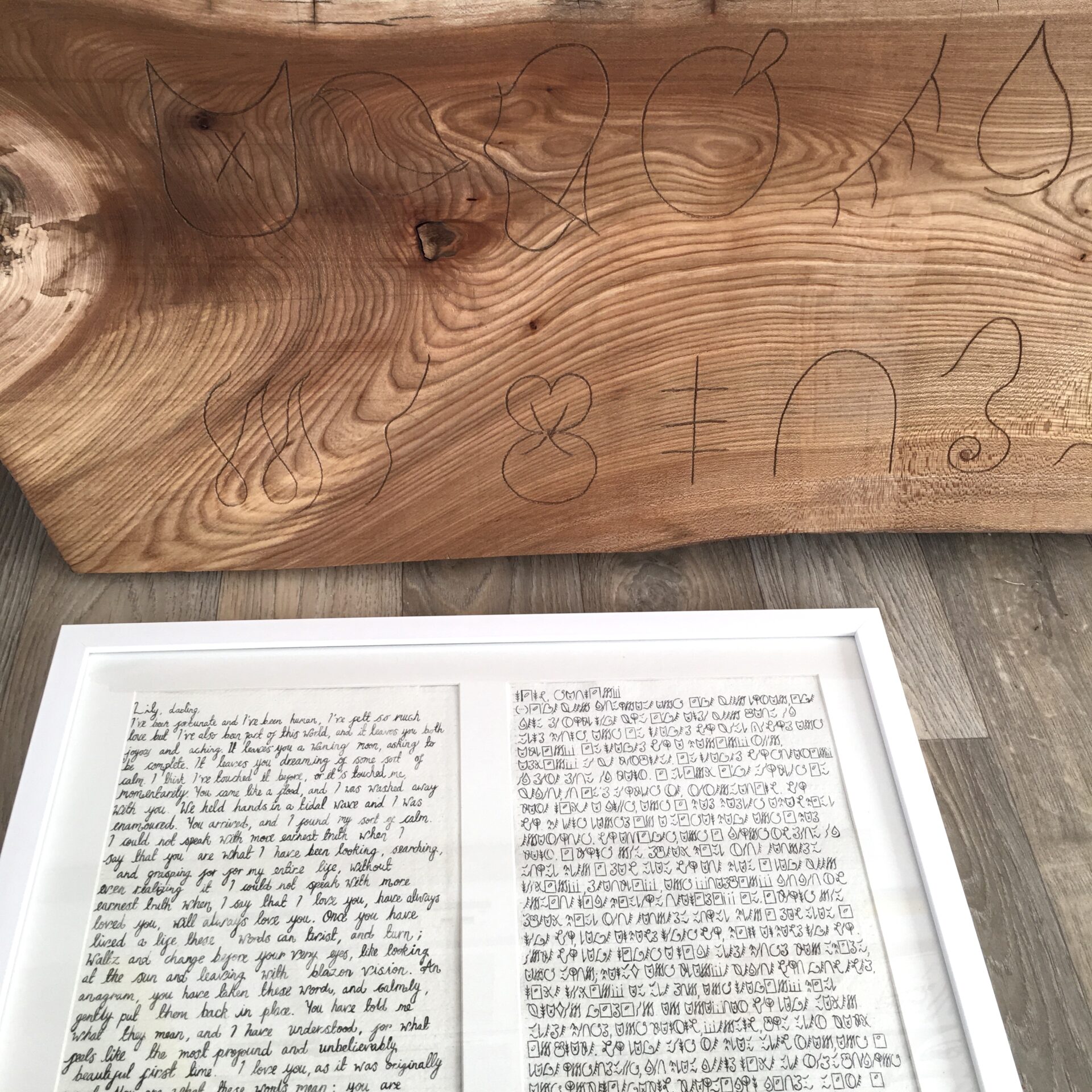 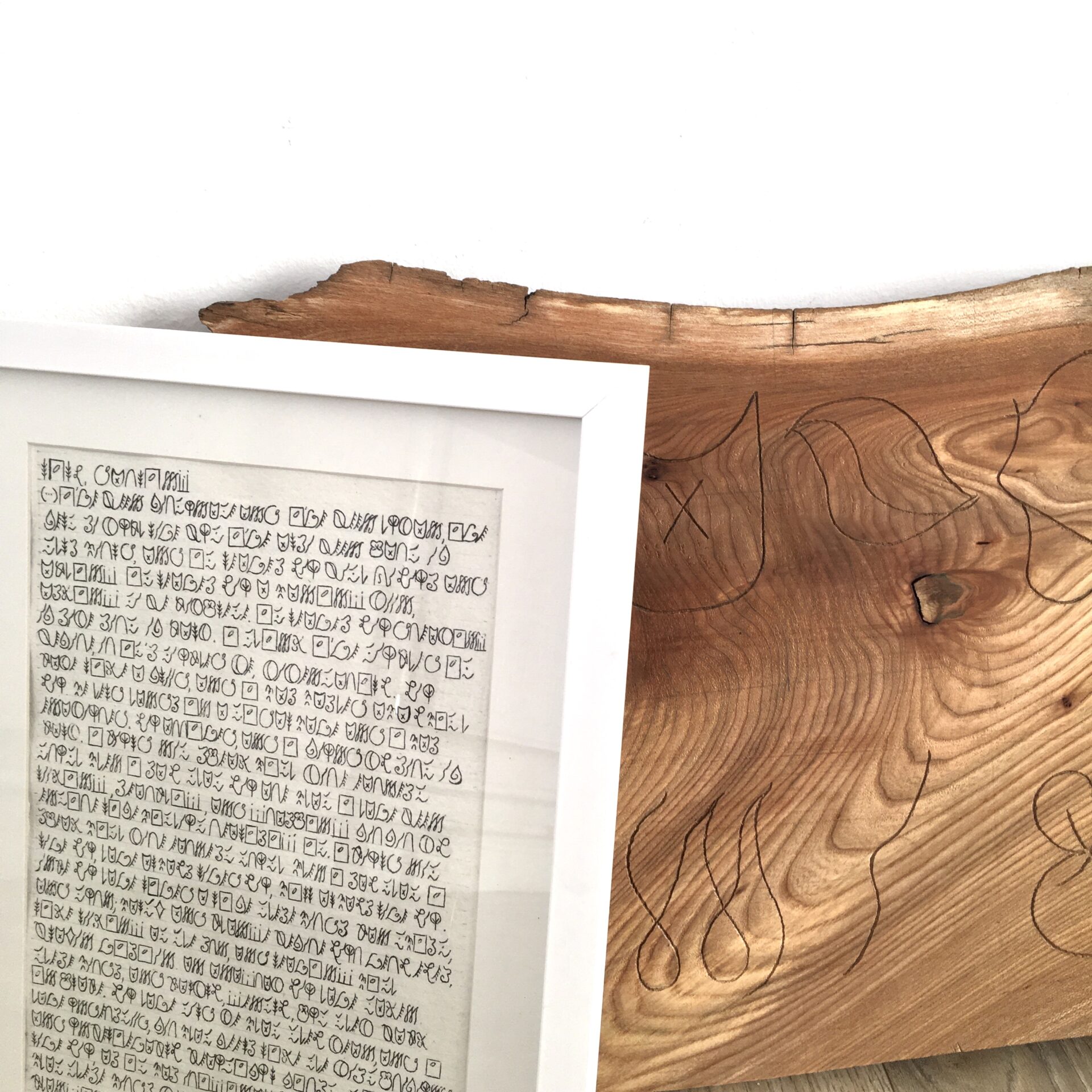 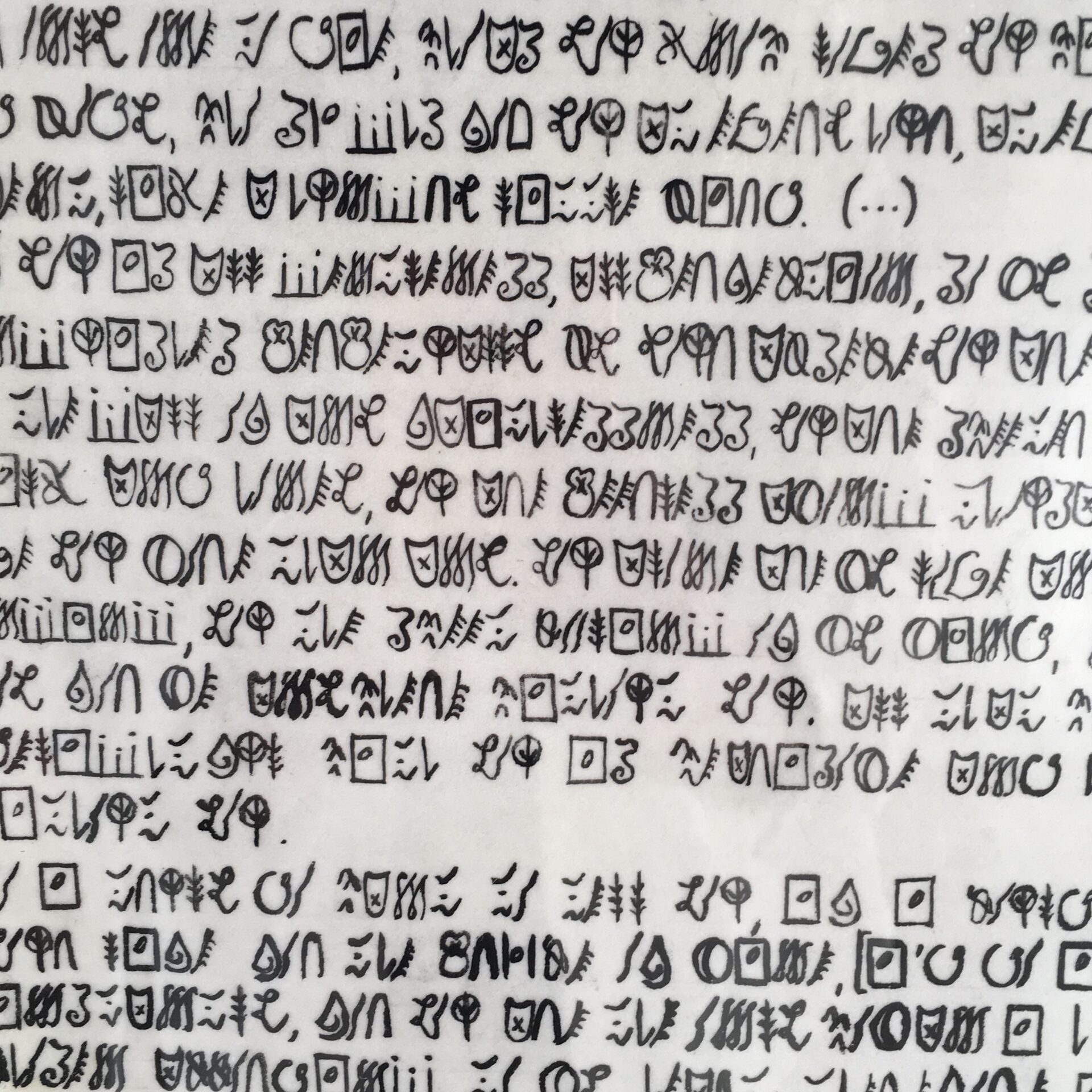 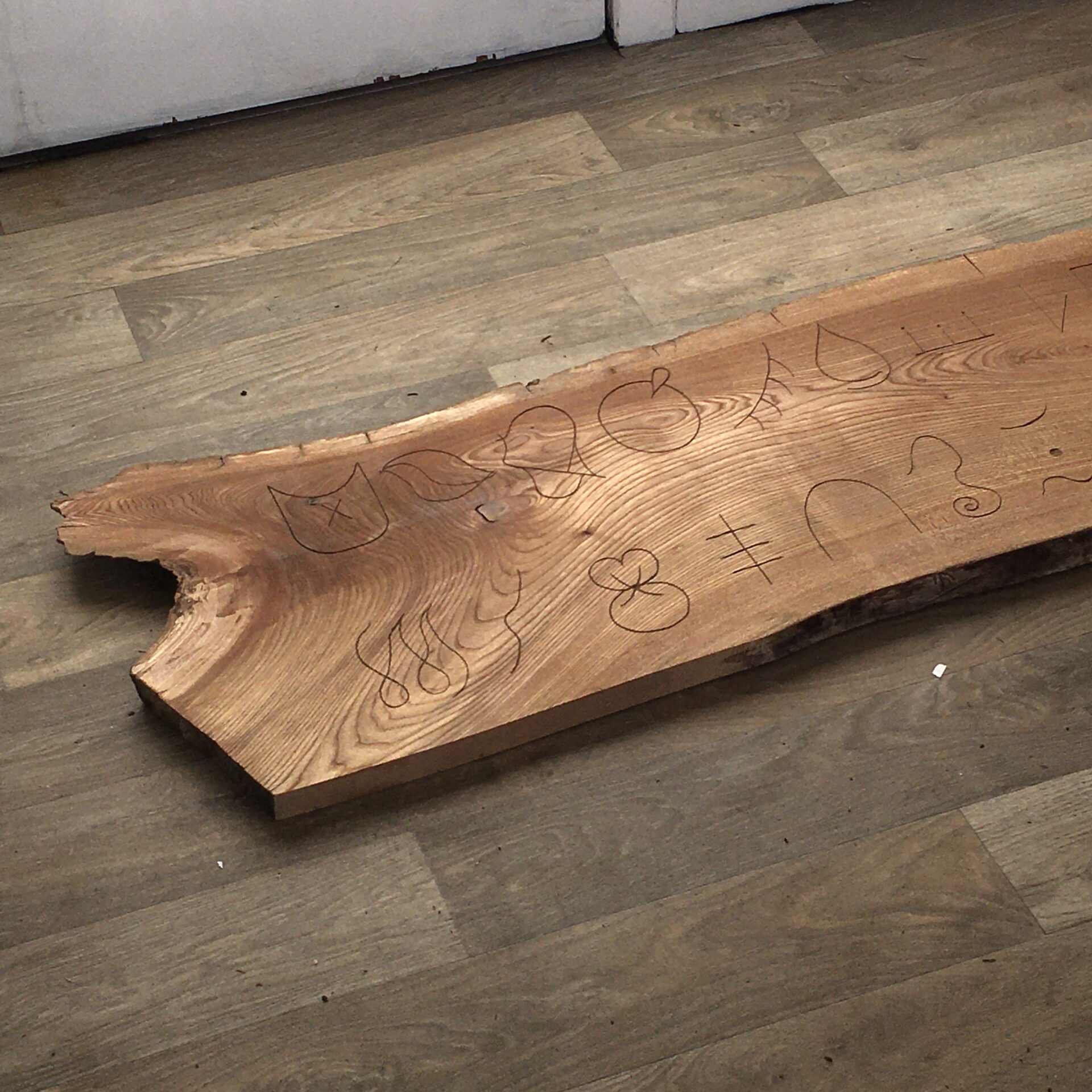 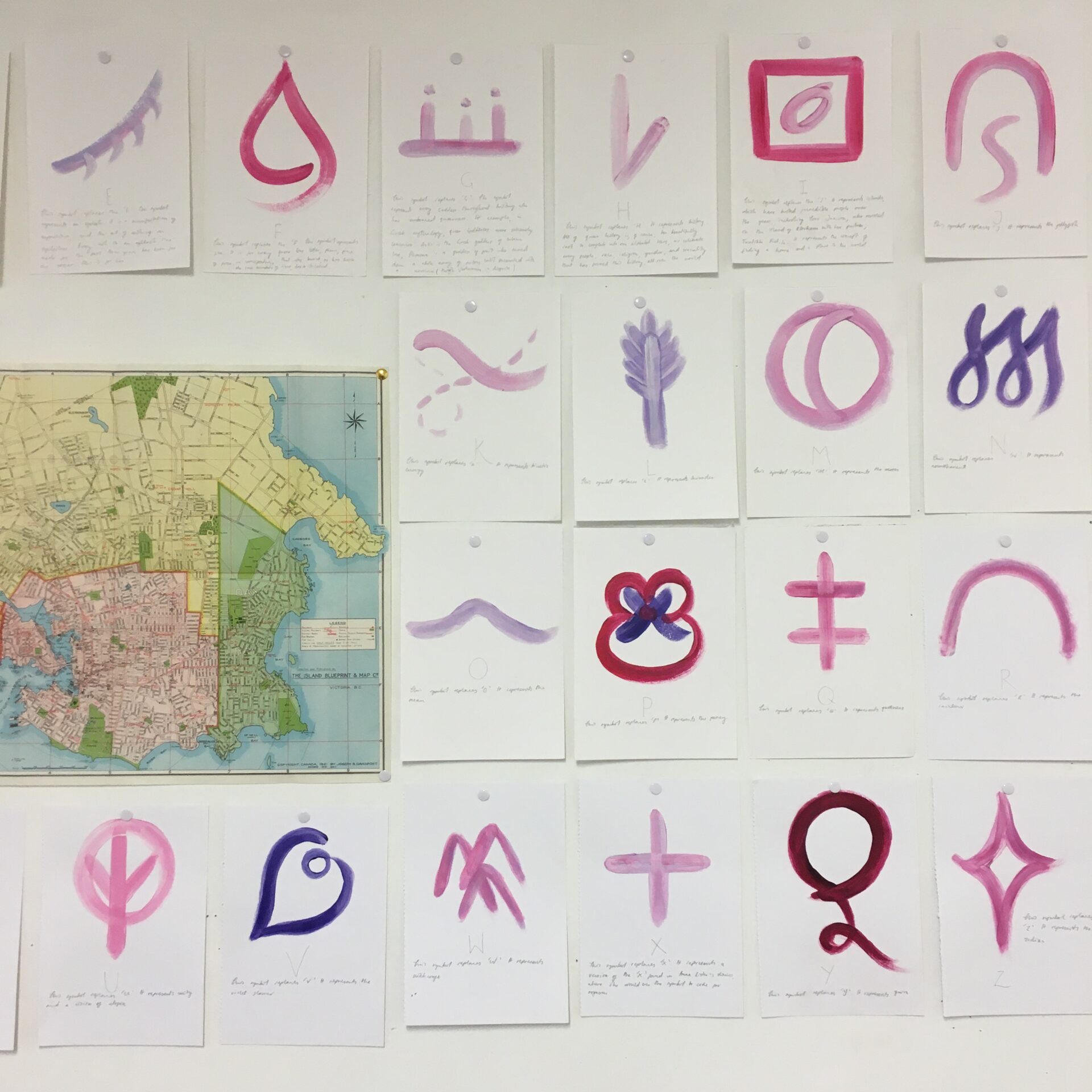 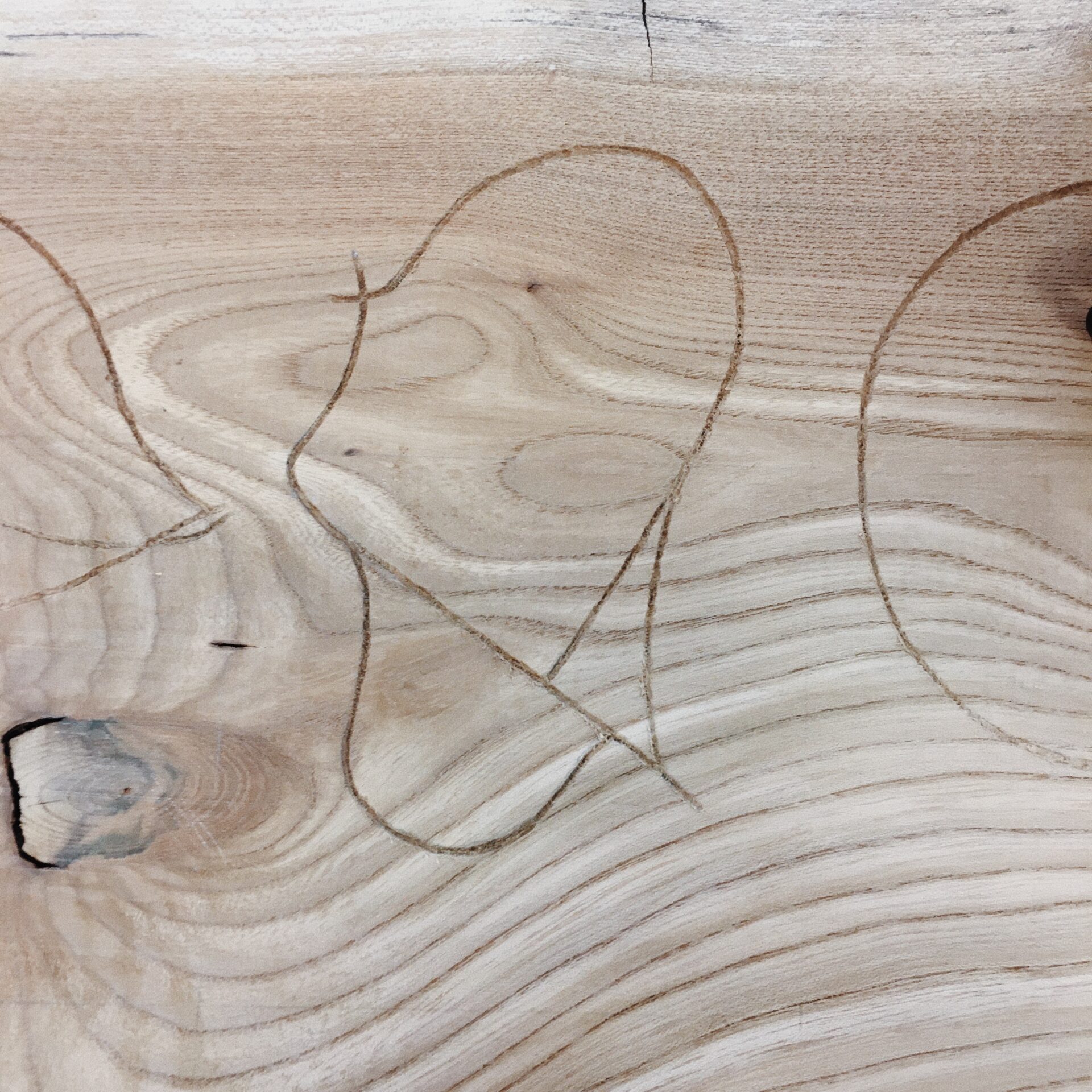 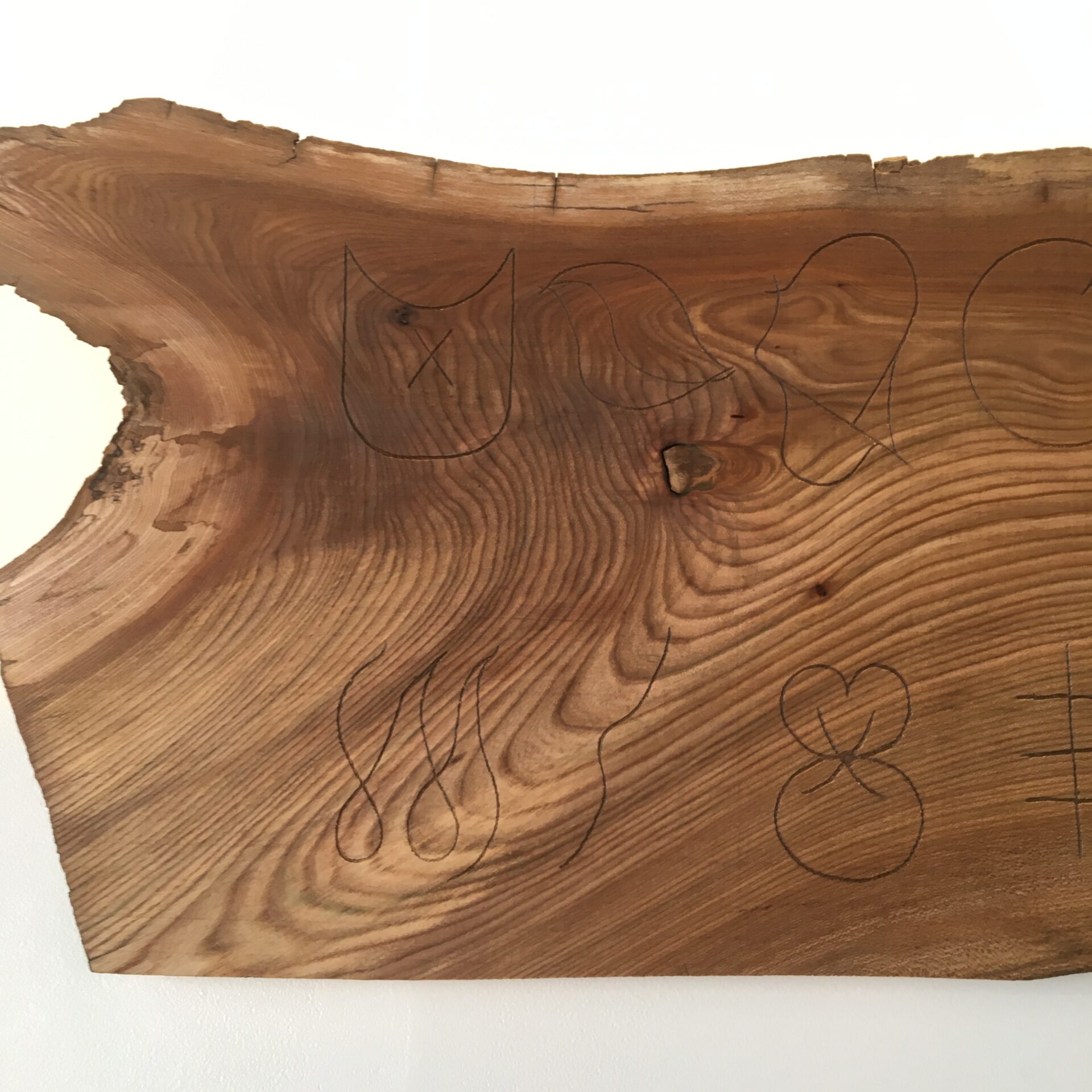 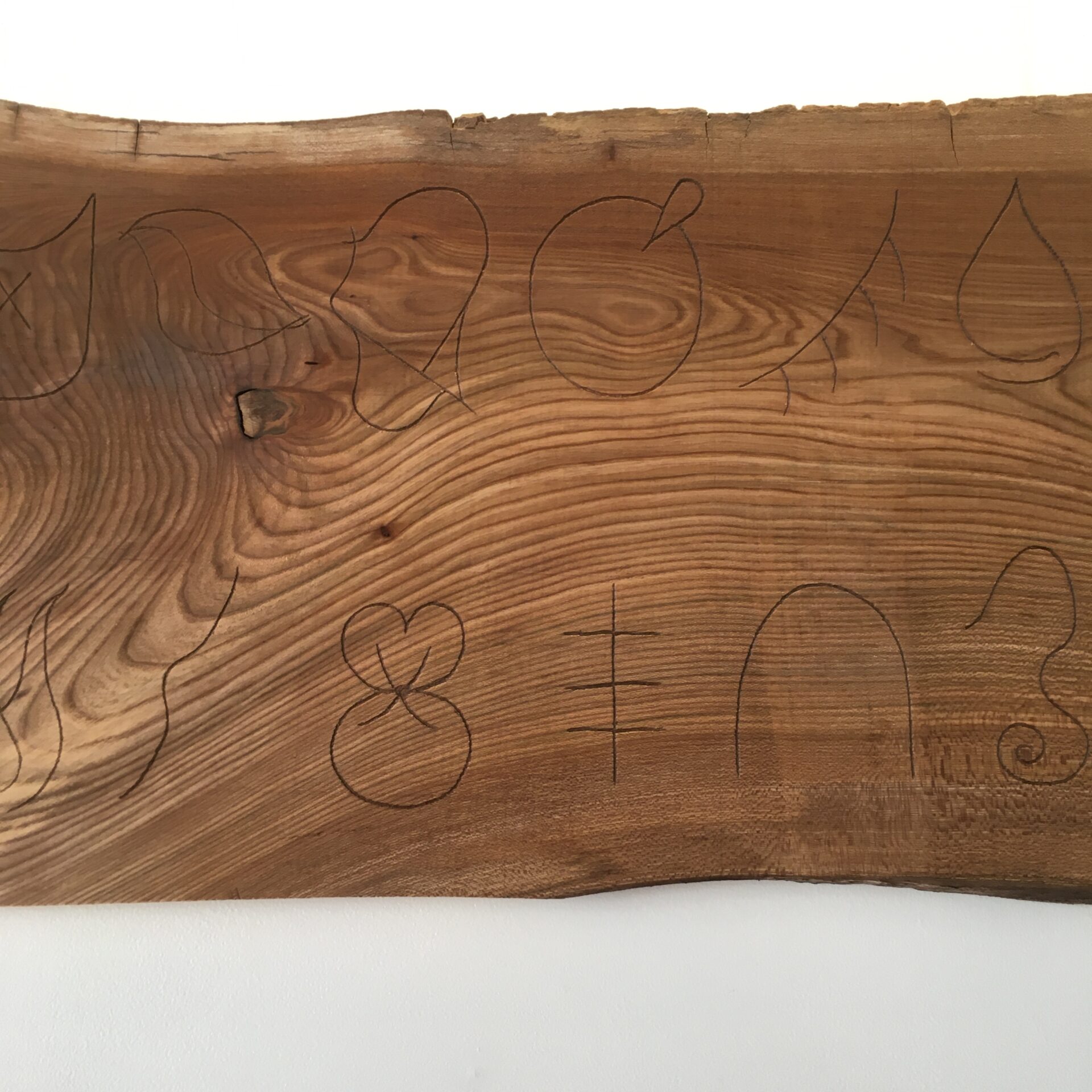 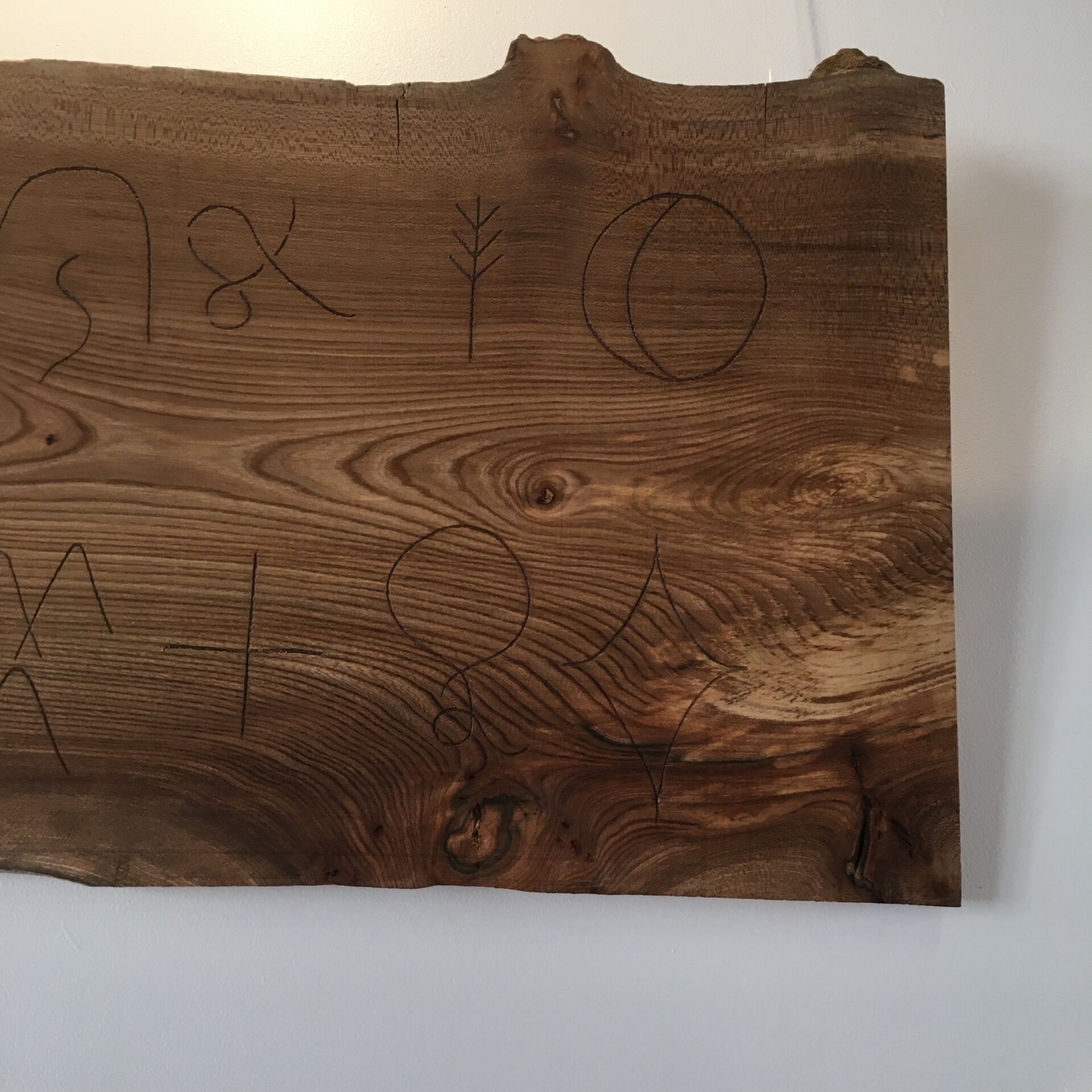 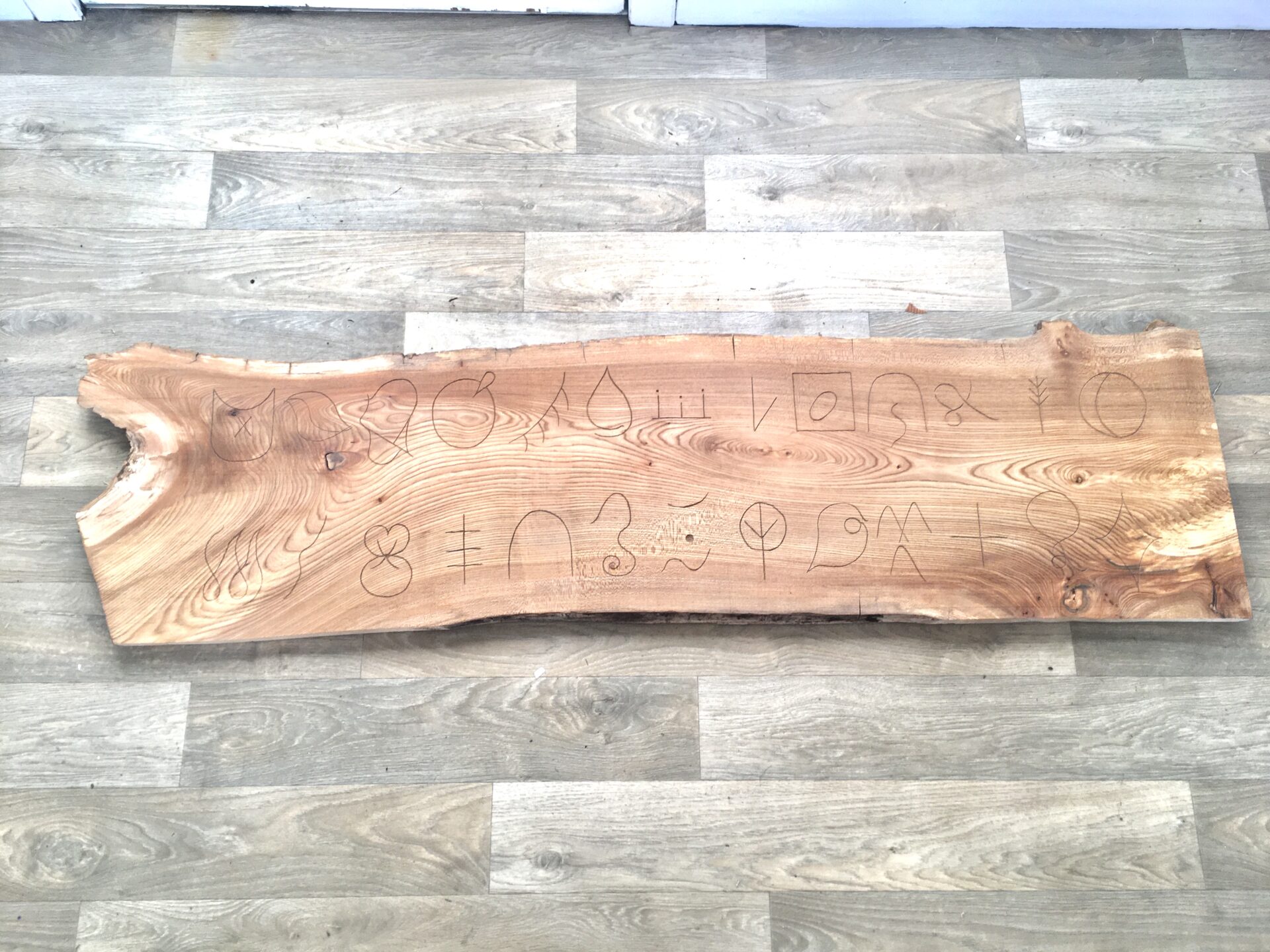 As a lesbian struck by the suppression and missing parts of LGBTQI+ history in writing, from lost Greek poems, to the burnt journals of playwrights, to the rewriting of gay literature to ensure it complied with heterosexual societal norms, I set out to make a tool with which queer history past, present, and future could be presented in an explicitly queer way. The title of the piece, “Good Friends”, refers to the frequent phrasing used by historians and commentators to explain away LGBTQI+ instances in writing, referring to blatant love letters, for example, as simply letters between “Good Friends”. Through thorough research of queer history, I formed a queer alphabet, with each symbol holding significant meaning to the LGBTQI+ community. These symbols were then engraved onto elm, and used to transcribe two queer love letters. To be written with this alphabet is to state: these are the devoted words of the LGBTQI+ community and they are not to be interpreted in any other way. My hope is that “Good Friends” can be used to explore queer identities past, and will remain as a way of communicating queer identities future, too. Queer identities perceived as such, and as such to stay.

https://funfettifilm.cargo.site
Share
Read More
Next entryWhy Is My Body Against Me?
Previous entryWhat is the purpose of public space in the Glasgow City Centre in a post-retail world?