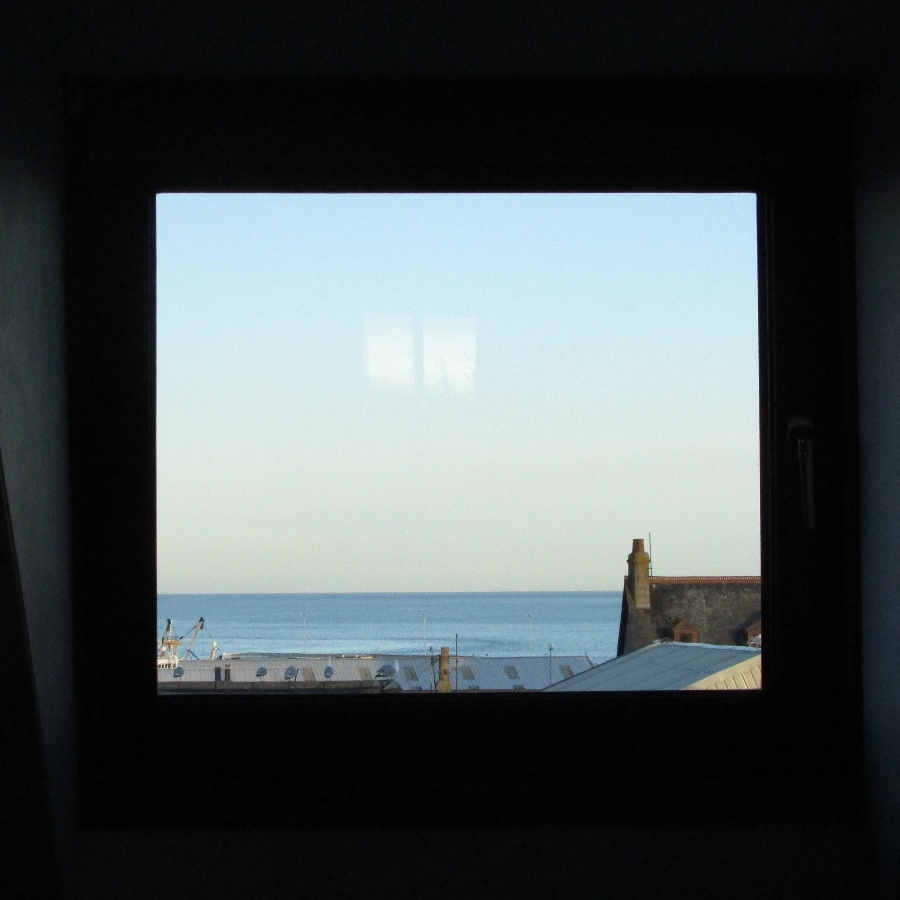 Read more
Previous entryCan We Every Truly See Ourselves?
Next entryWhat is Your Identity?
July 4, 2021

How Would a Librarian Organize Jetsam and Flotsam?

‘Contemplating Gothenburg’ began with a simple question, what is beyond what I can see? As a tactile learner I orient myself within my environment via visualized maps but the sea I find problematic, there are no landmarks, it is too vast, too deep, unfathomable. An online map gave me ‘an’ answer, due east from this window is Gothenburg, but as a place I have never been, know nothing about, there was no point of reference, no scale, no anchorage. As a poetic form the imayo collocates distinct sections, though originally meant to be sung as if call and response, it also affords the option, as it was crafted here, to be read either straight across or as columns. That said, as an Academic Librarian I find clarity through taxonomy, through form, and as such the window frame, the columns, the lines, each provided me some sense of defined space, some sense of control, to mitigate my almost overwhelming feelings of insignificance in relation to the sea, and as I attempted to navigate unemployment, yet another new city, potential new library, and the inevitable self-doubt post job-interview.

Share
Read More
Next entryWhat is Your Identity?
Previous entryCan We Every Truly See Ourselves?