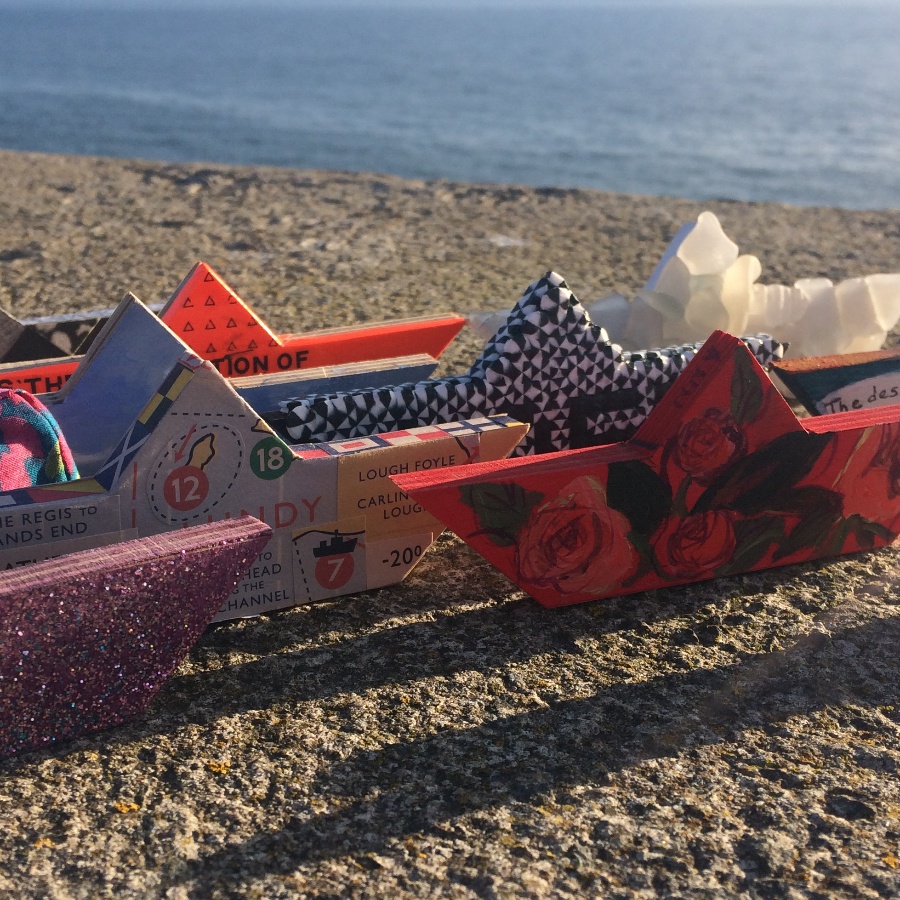 Previous entryIs your heart listening?
Next entrySalvation or Retribution?
January 29, 2020

How shall we navigate if the stars have fallen? 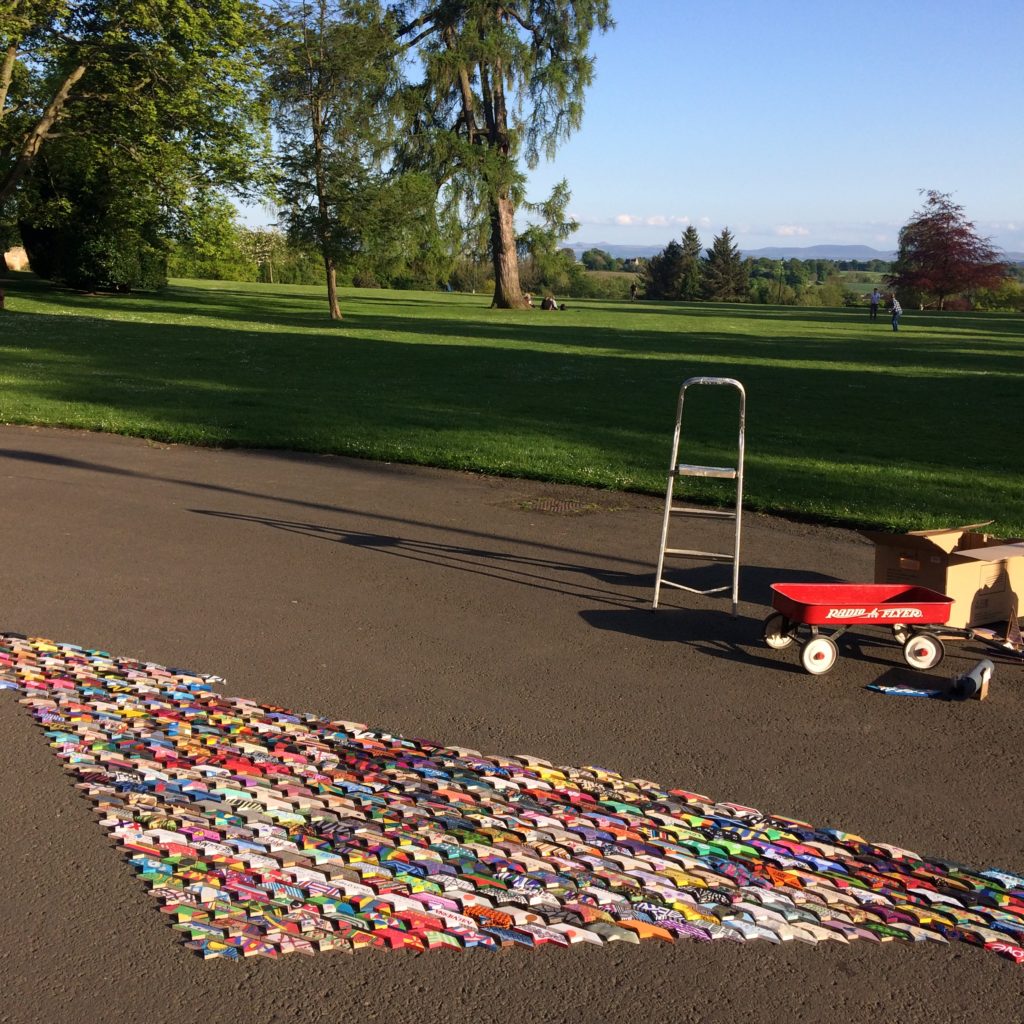 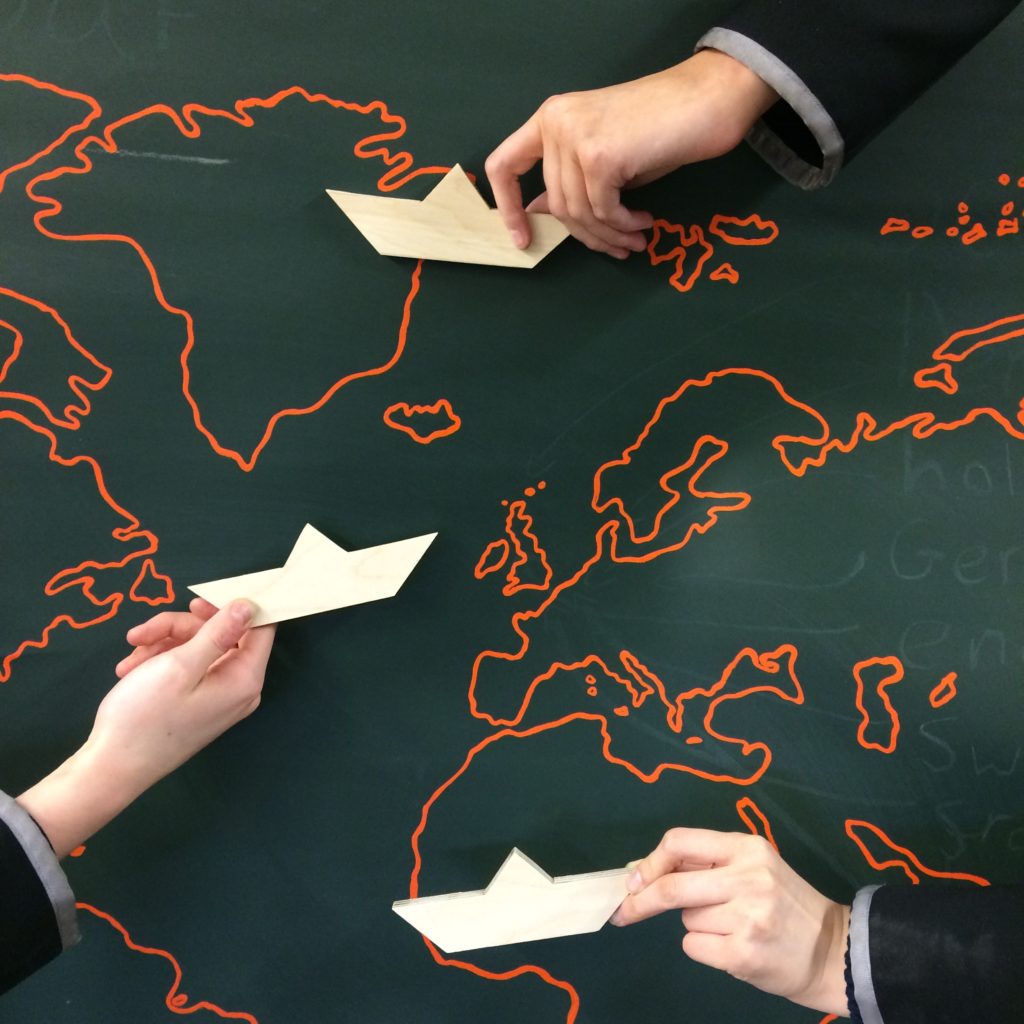 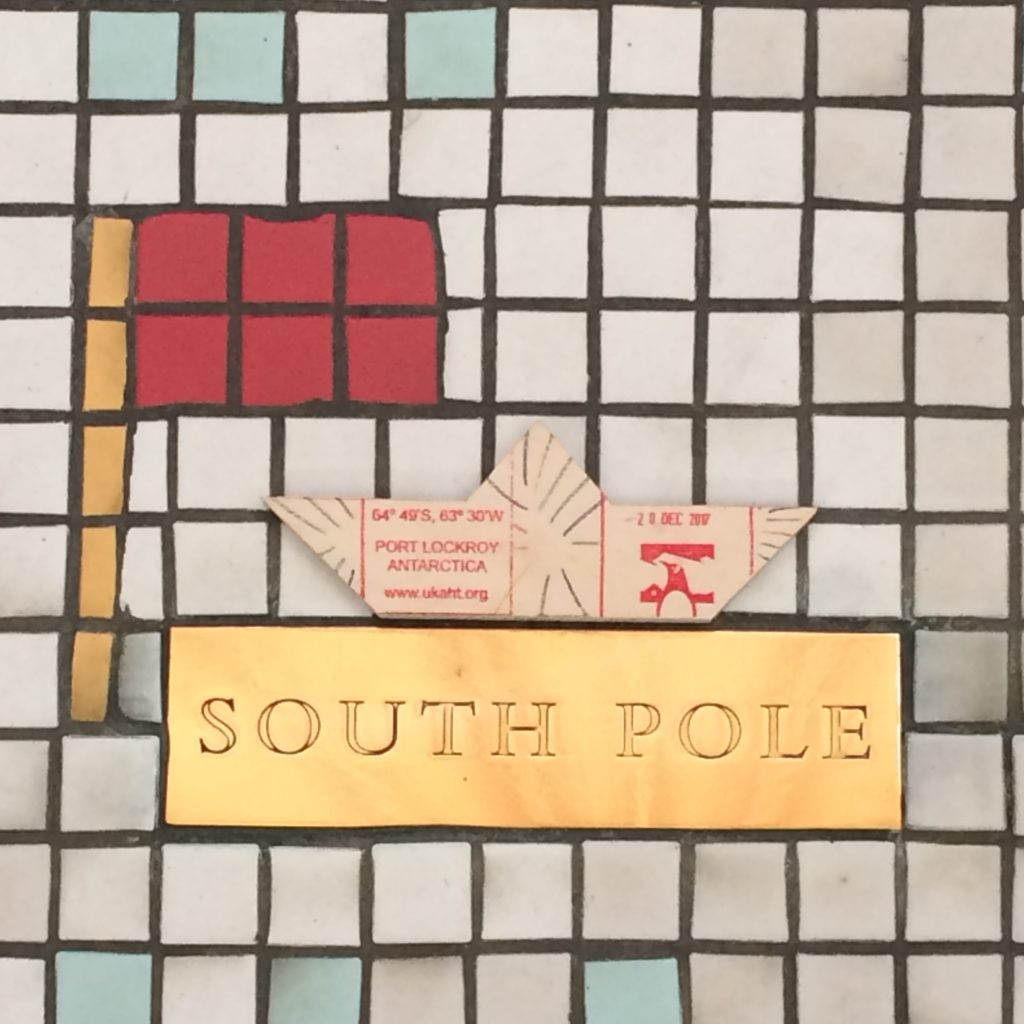 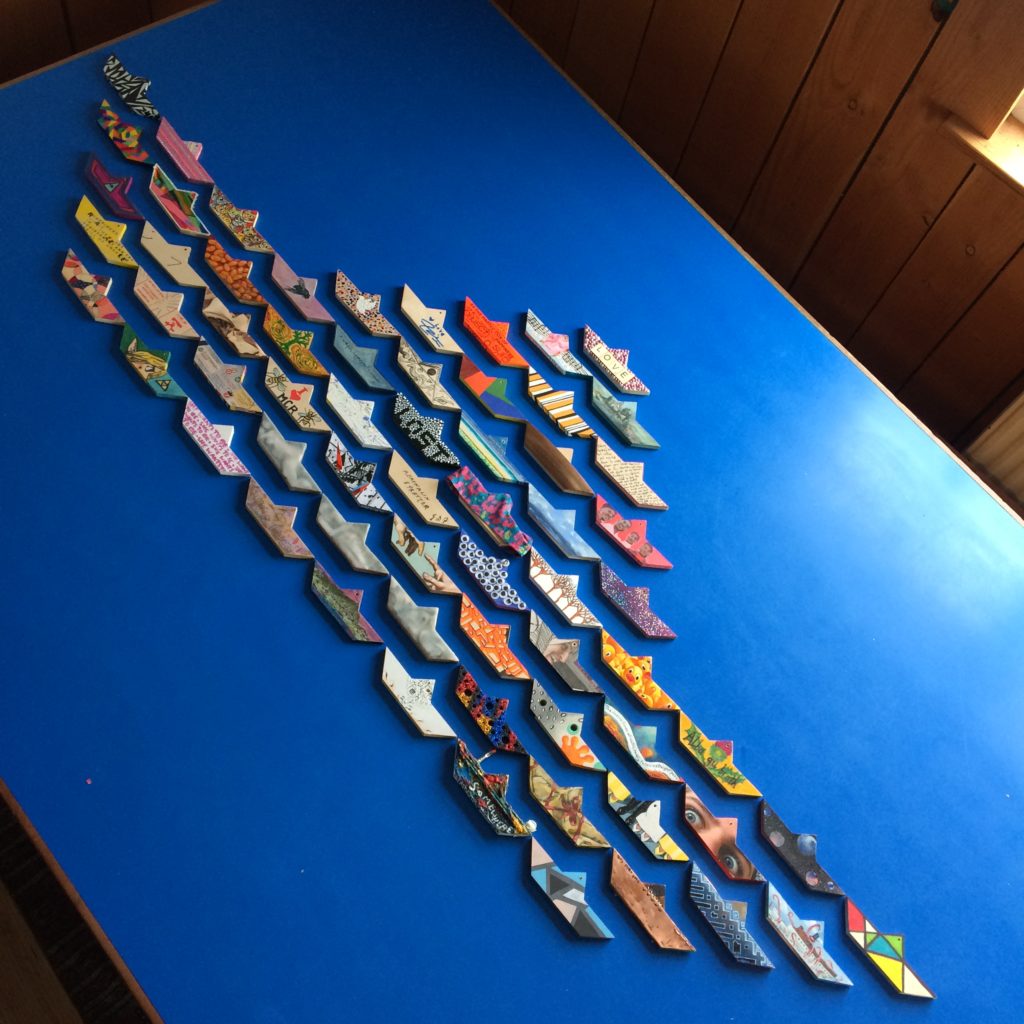 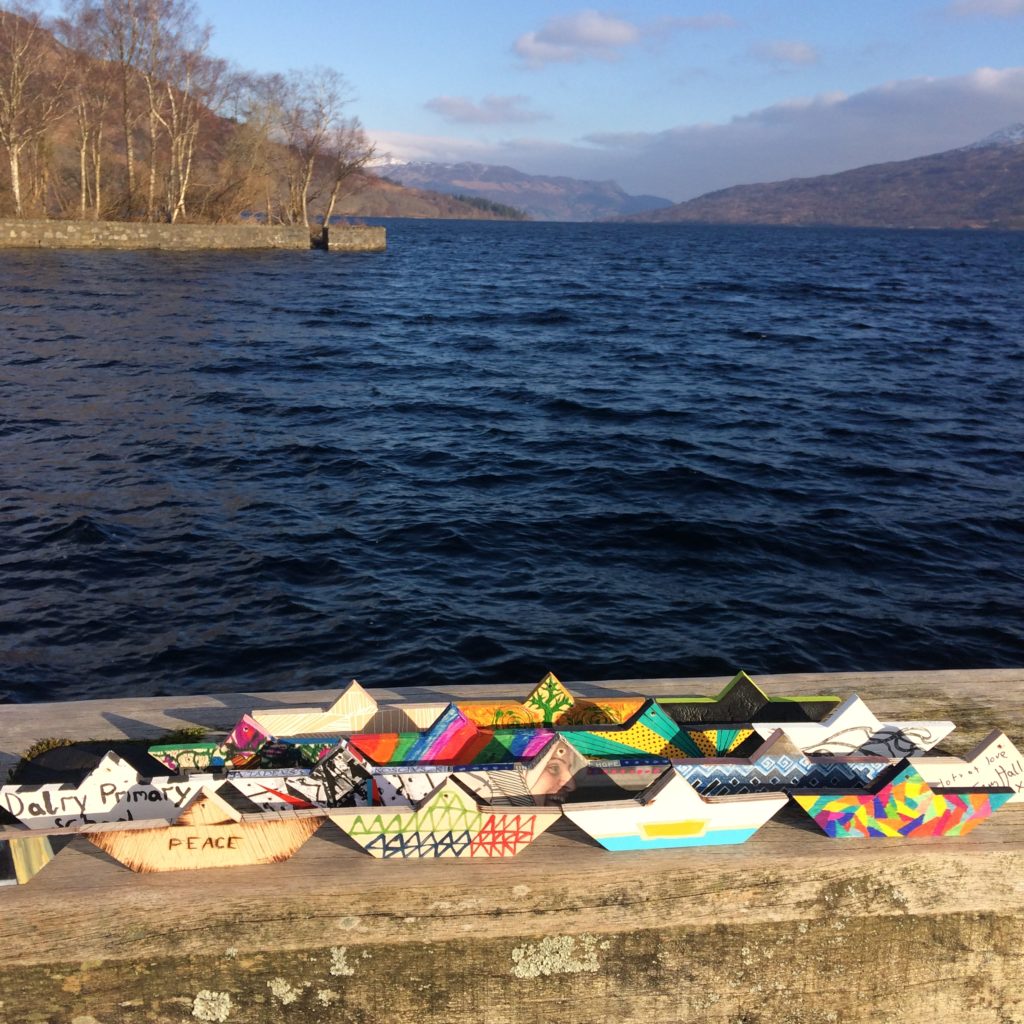 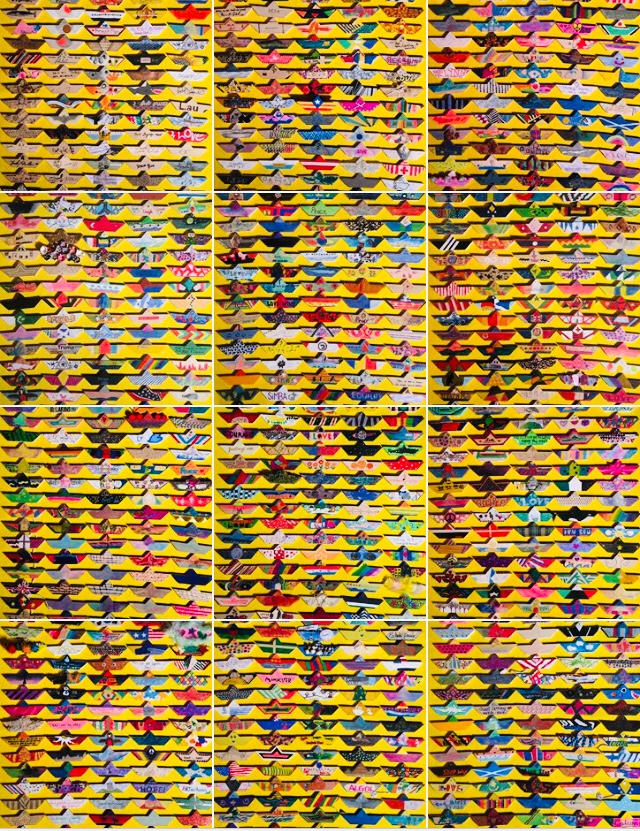 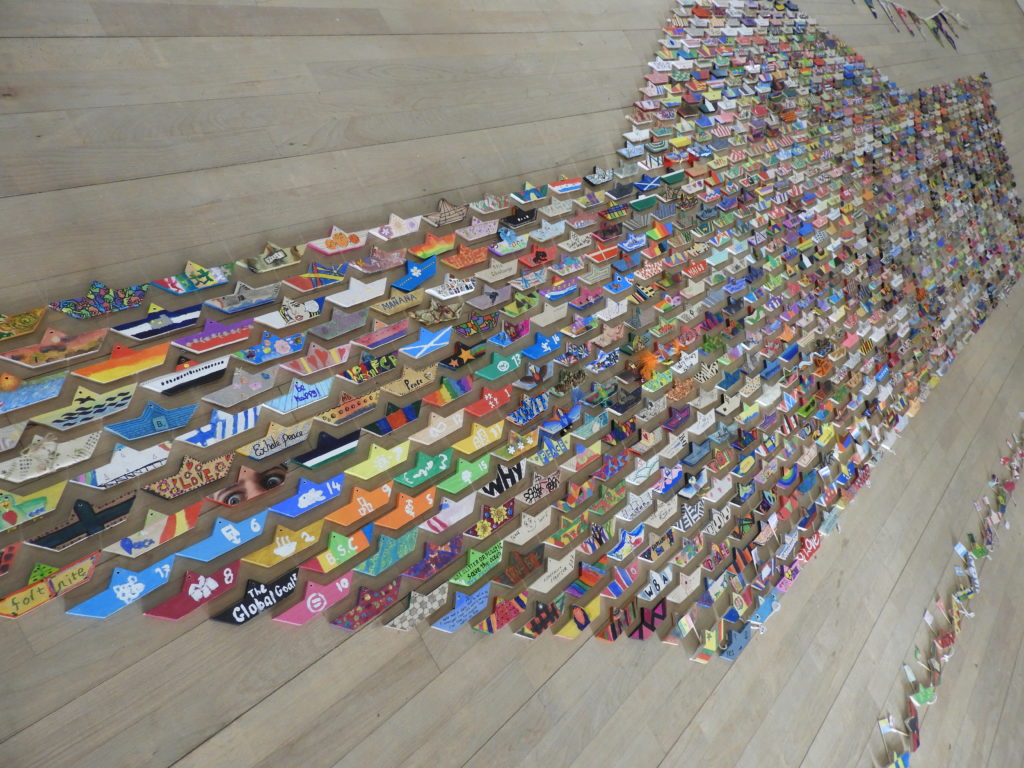 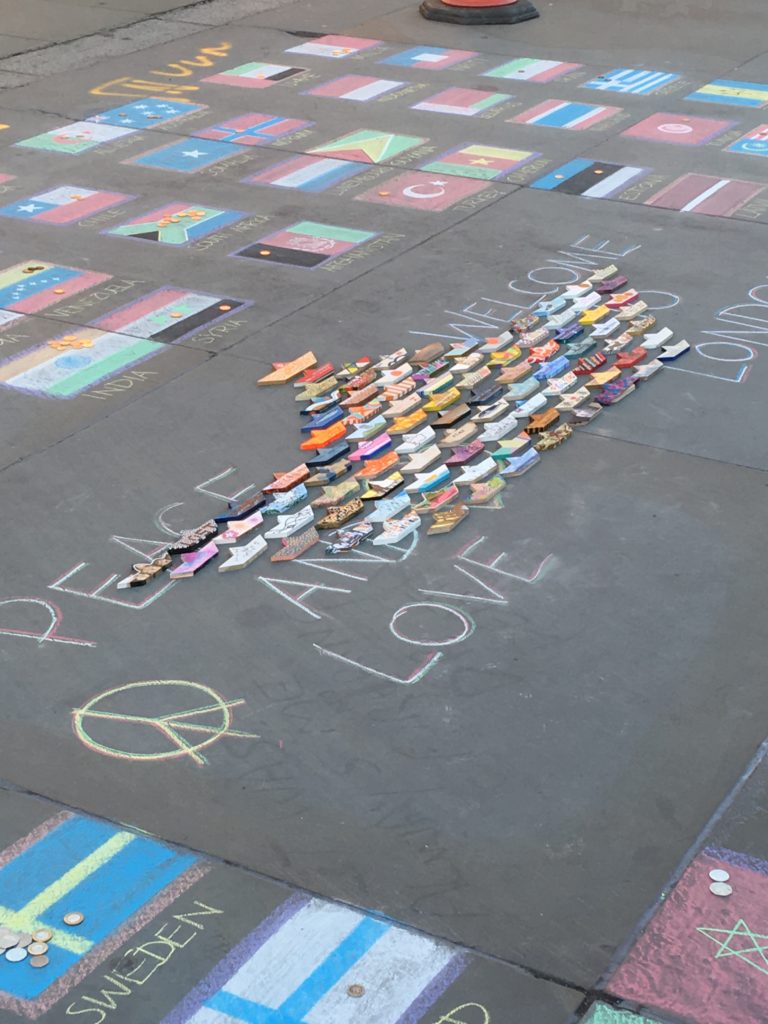 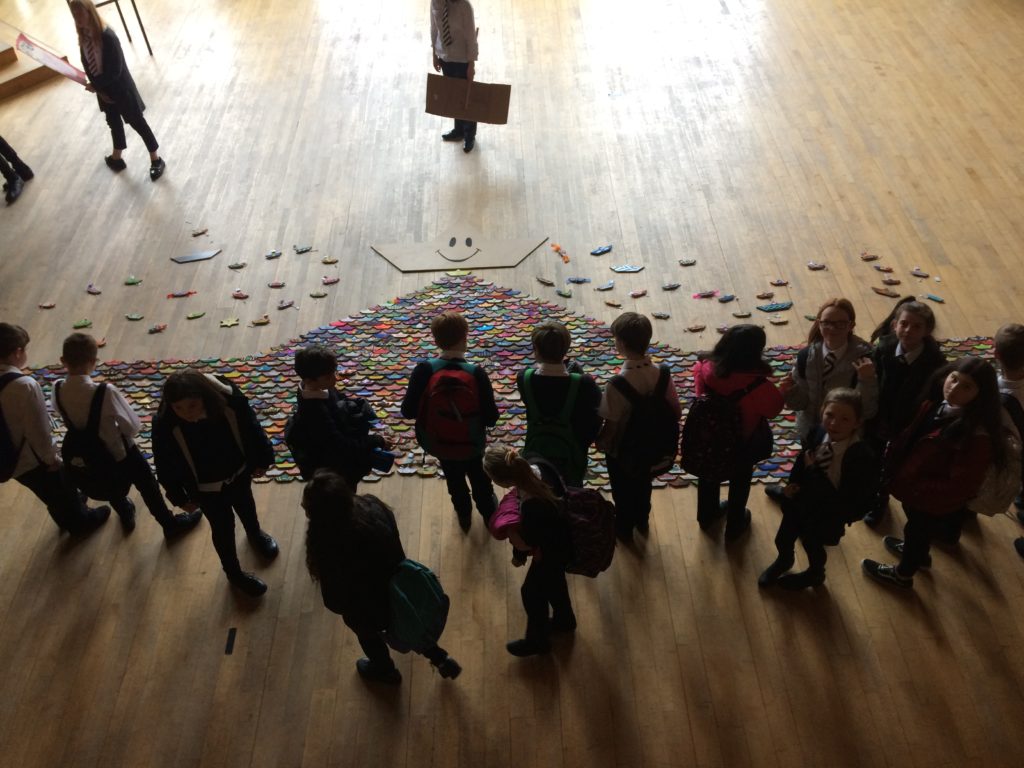 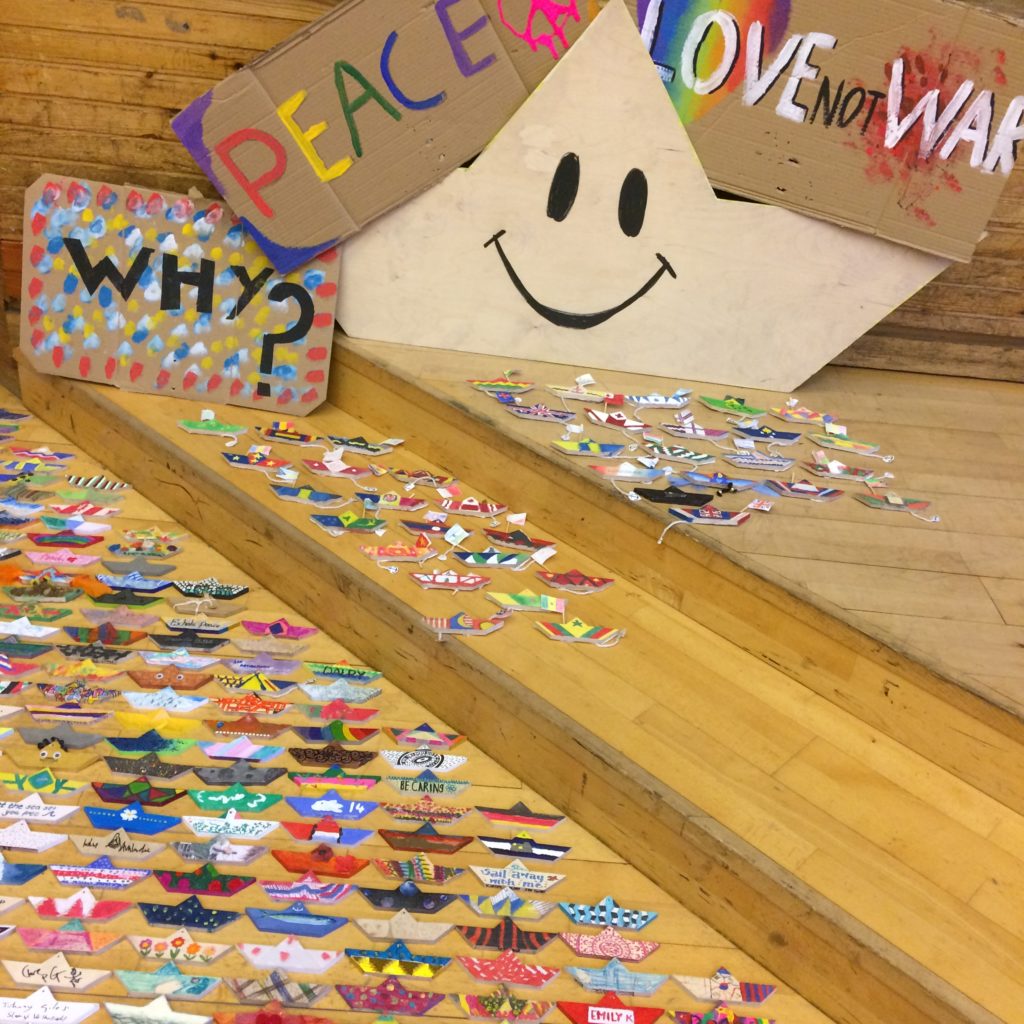 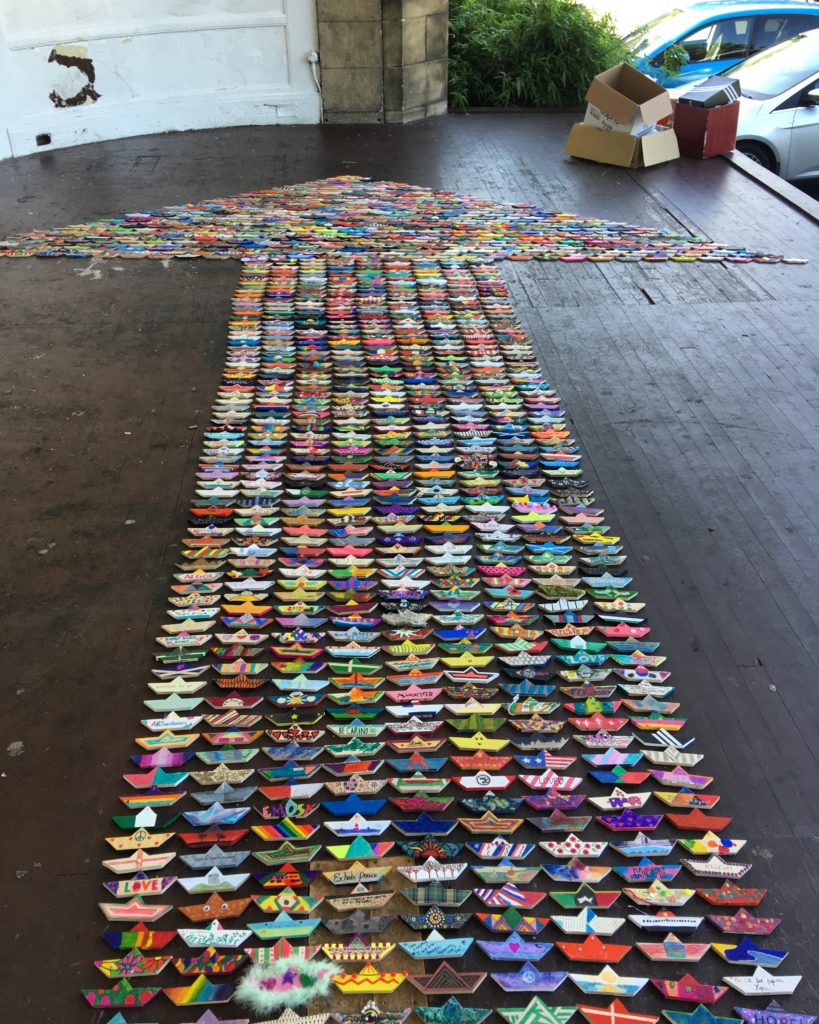 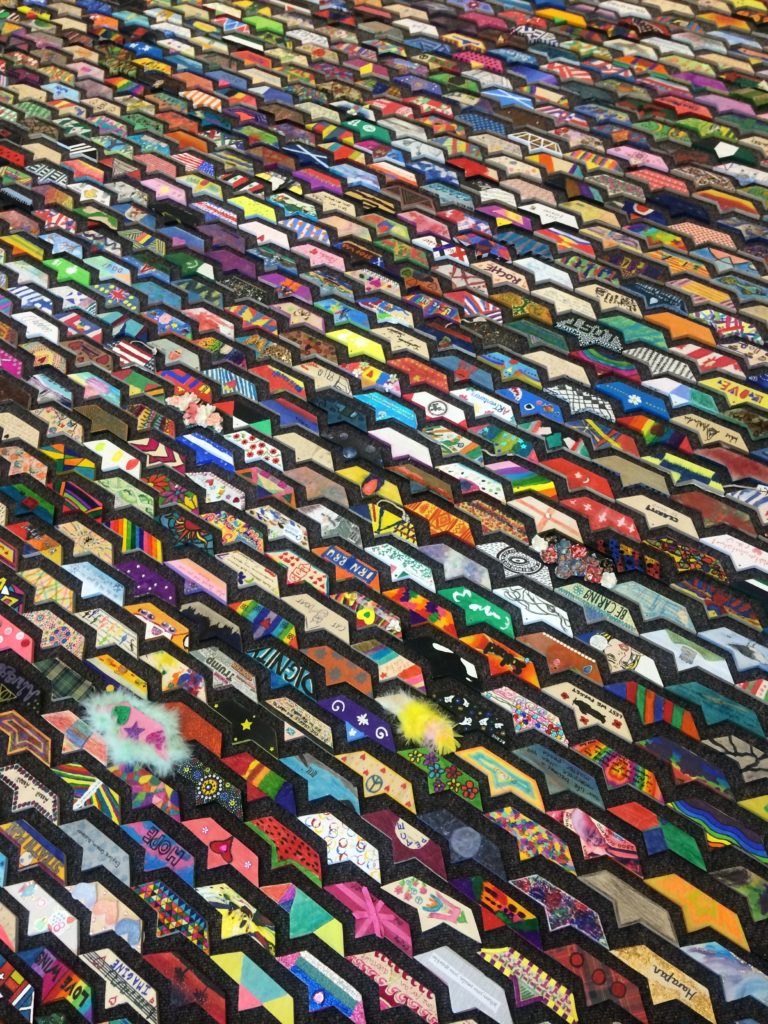 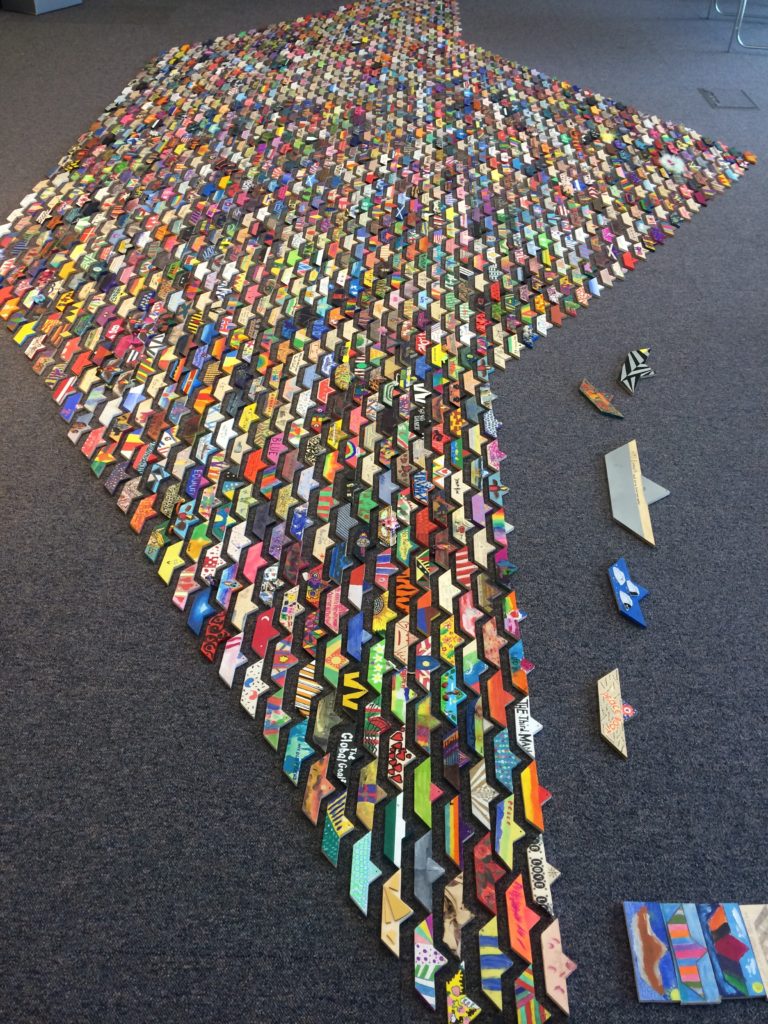 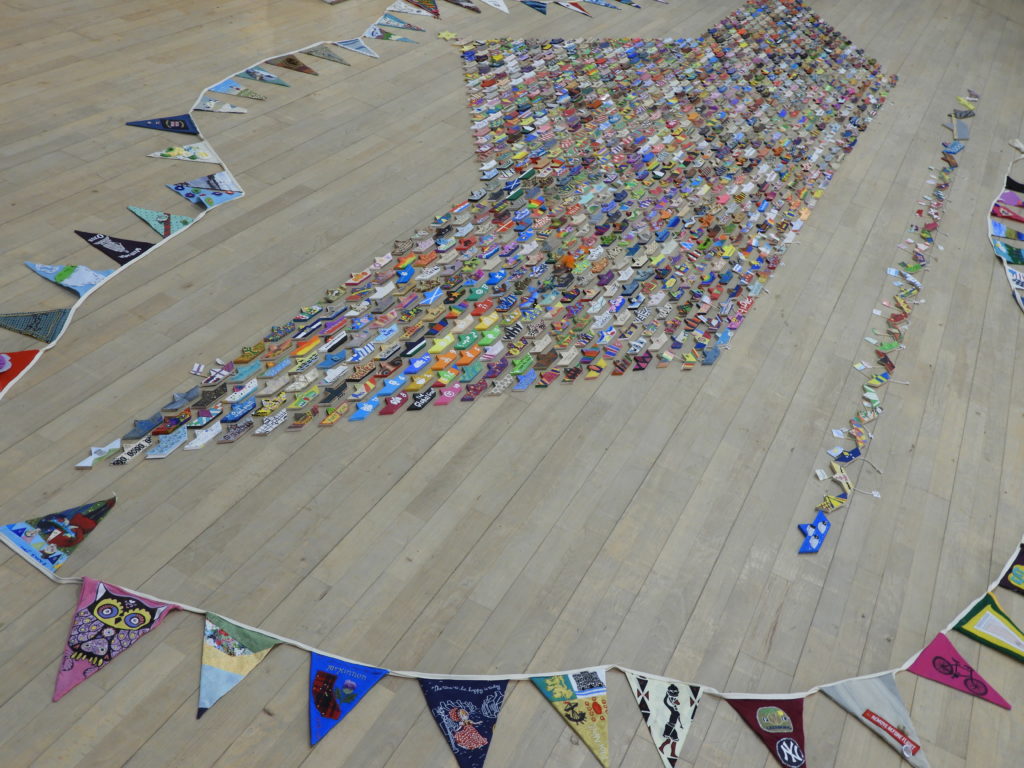 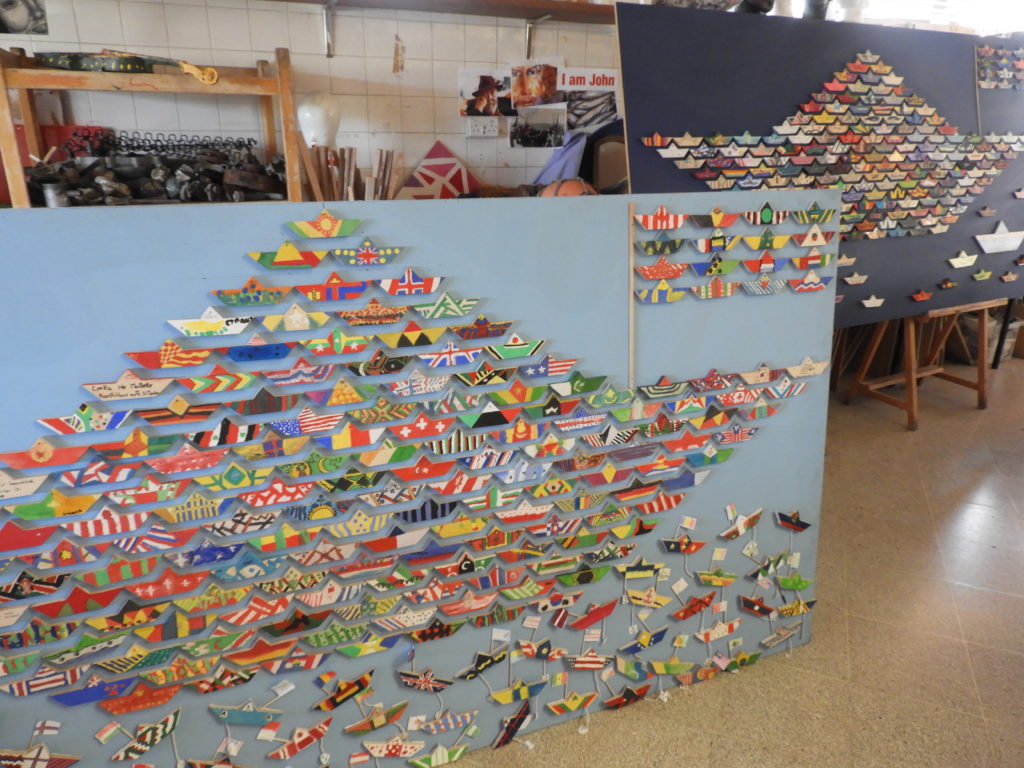 This is a people powered community project which originated in Inverkeithing High School as a result of observing increasing weltschmerz in a vulnerable and volatile world. It currently takes the form of 2000 little, flat, plywood boats which were distributed to schools, groups and individuals, including artists and celebrities. It takes ownership of public spaces and is sailing to encourage peaceful connectivity by exchanging ideas and creativity. The boats are given in exchange for an embellishment, idea or message which is then returned to join the collective fleet. The fleet of dazzled boats inclusively represent our common concerns and humanity and are presented together as an assemblage which forms one large boat but it can also make other shapes. The original aim of the project was to encourage discussion around the commonly expressed desire and aspiration for peace in our world. The exchange of a gift, given and decorated in the spirit of creativity can inspire and encourage the trade of kindness instead of violence. People have sailed for 40,000 years or more and boats are a positive example of human ingenuity and imagination. We are global citizens all at sea and must carefully consider how best to navigate onwards.