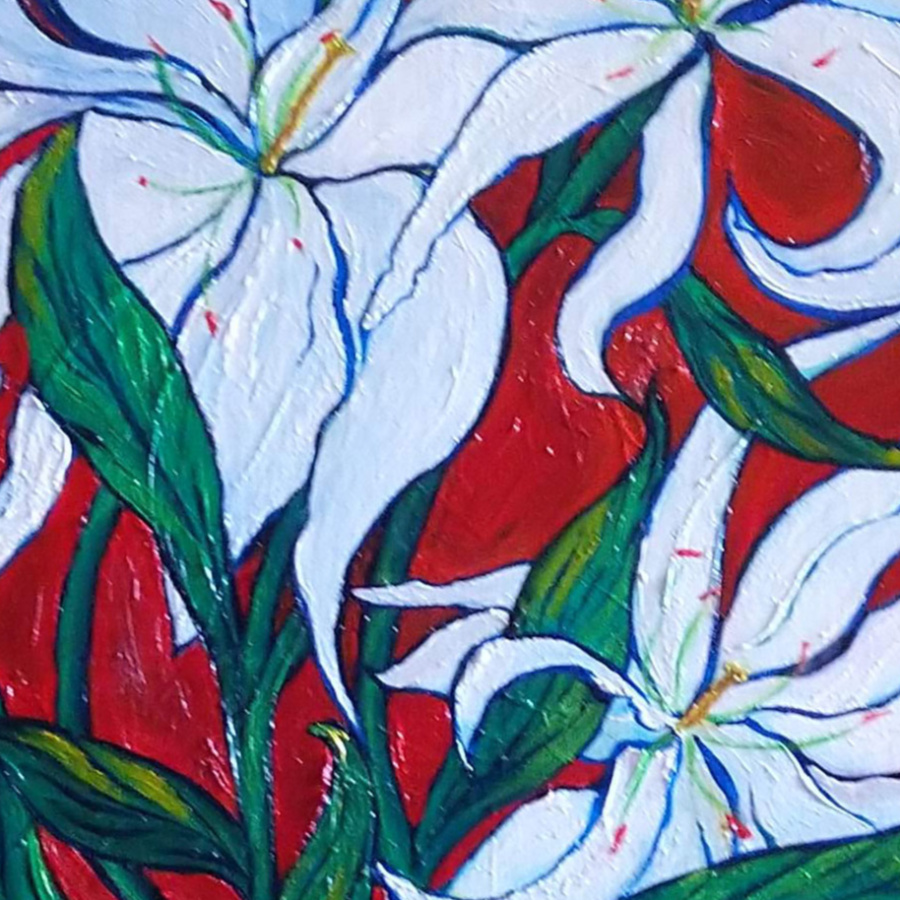 Read more
Previous entryWhy do we visit Necropolis?
Next entryWhat hope do we have to preserve love of the natural world for childhood?
November 19, 2020

How Many Lilies Should I Place In Your Vase?

The lily has been used in religion and the arts to signify beauty, grace and purity; qualities which affection’s object as identified in this painting’s ekphrastic sonnet appears to possess. During the Victorian era, the popular language of flowers ascribed to white lilies the meaning; ‘my Love Is Pure’, yet any flower’s singular function is reproduction. Not quite perhaps simple symbols of love, then, and not quite perhaps, pure. This apparent contradiction between function and perception, coupled with the painting of lilies named as ‘wasteful and ridiculous’ (Shakespeare, King John), {-although the suggestion is rather gilding than illustrating in this context} suggests a certain futility of desire. The extravagant yet simple cut lilies, are unable to ‘reassure their blossoms from their roots…’ (Browning, Sonnet 24) The composition confirms this sense of alienation and disempowerment; displaying a captive and captivated affection, which seems unstable, due to the unnatural height and excess of flowers and foliage which is exacerbated by the slanting surface. The black frame suggests a memento mori; flowers, youth, beauty, love, don’t last. But framing the oxymoronic flowers fixes wishes at least in a tangible box, that they might be contained, preserved and accepted.

https://pancloth.weebly.com/ pancloth
Share
Read More
Next entryWhat hope do we have to preserve love of the natural world for childhood?
Previous entryWhy do we visit Necropolis?