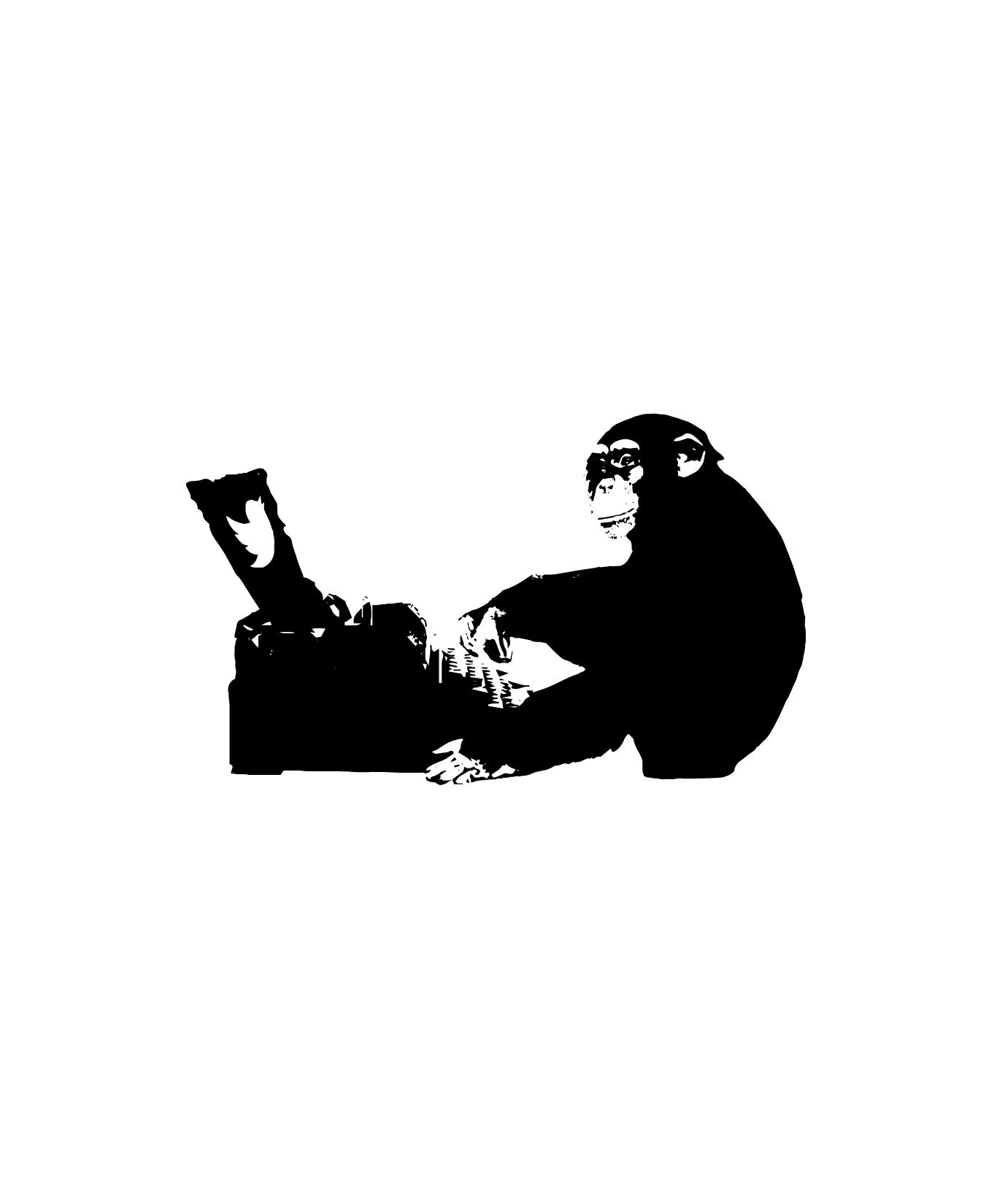 Previous entryHas Anyone Seen The Last 10 Years Knocking About Anywhere?
Next entryWhy is it a crime to grow old?
September 15, 2020

The entry is based around the ‘Infinite monkey theorem’ which states that a monkey placed in front of a typewriter for an infinite period of time or alternatively an infinite number of monkeys in front of typewriters, would eventually produce the complete works of Shakespeare. The idea is a mathematical one but for most people, it’s the idea that if you try something which is extremely unlikely to produce something of real quality enough times it will eventually happen. This is in effect playing out right now over twitter, only we are the monkeys, and were are limited to the current number of users, around 330 million. The question posed by the piece, ‘How many monkeys?’ is essentially asking amongst the vast amount of tweets being produced every minute on twitter will there ever be or has there been anything produced we can say is of true quality comaprible to Shakespeare in 280 characters or less.

Share
Read More
Next entryWhy is it a crime to grow old?
Previous entryHas Anyone Seen The Last 10 Years Knocking About Anywhere?