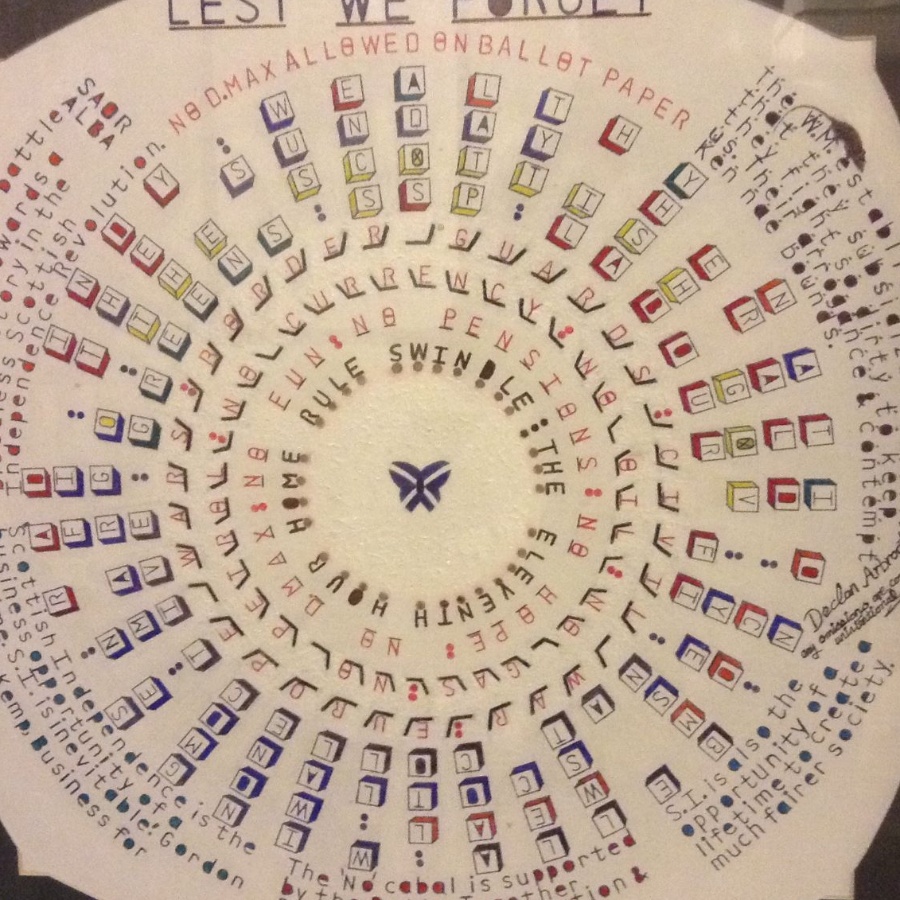 Read more
Previous entryDoes standing still possess as much risk as moving forward?
Next entryDrowning in plastic? This bag is not a toy.
February 25, 2020

How long will it take a nation to fully come to its senses after being stuck in a virtual institution for 313 years ? 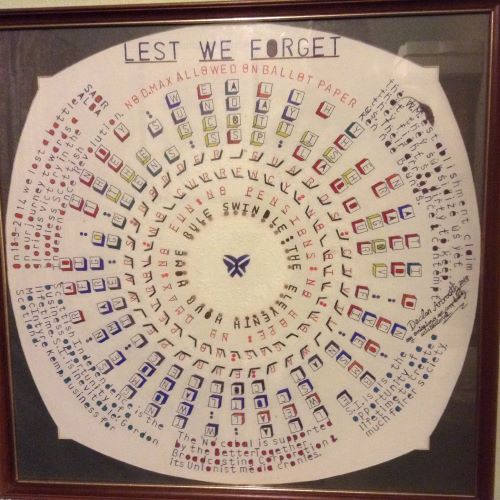 Mixed Media Drawing and a Rhyme For Grown UpsHow long will it take a nation to fully come to its senses after being stuck in a virtual institution for 313 years ?, 2014Drawing: 610 mm X 610 mm

My entry comprises 2 elements, a mixed media framed drawing covering the 2014 Scottish Independence Referendum and a Rhyme For Grown Ups. I made the drawing in the aftermath of the referendum when I was feeling lower than a snake’s belly, wondering if I’d live long enough to be able to vote in another one. During the 2014 campaign, there was an endless rotation of lies and negativity from the Better Together camp, which they entitled, ‘Project Fear’. One commentator labeled this “A misery-go-round.” Anyone who focuses their eyes on the ‘Independence Butterfly’ at the centre of the drawing itself and then moves towards it will observe a circular movement which represents this. From the centre outwards, a third of the drawing represents Better Together trying anything and everything to stop the Yes Movement from achieving their goal of Self Governance. The next sector represents all the organizations in favour of that goal. The outer area contains quotes from various supporters and some observations from myself. Declan Arbroath is one of my nom-de-plumes. My Rhyme for Grown Ups was composed during my elation at the realization there was going to be another Referendum due to the many material changes since 2014.

OorDayHasCame
Share
Read More
Next entryDrowning in plastic? This bag is not a toy.
Previous entryDoes standing still possess as much risk as moving forward?