How Easy is it to Apply for a SPT Subway Card as David Lynch? the Answer Yes, It’s Easy. 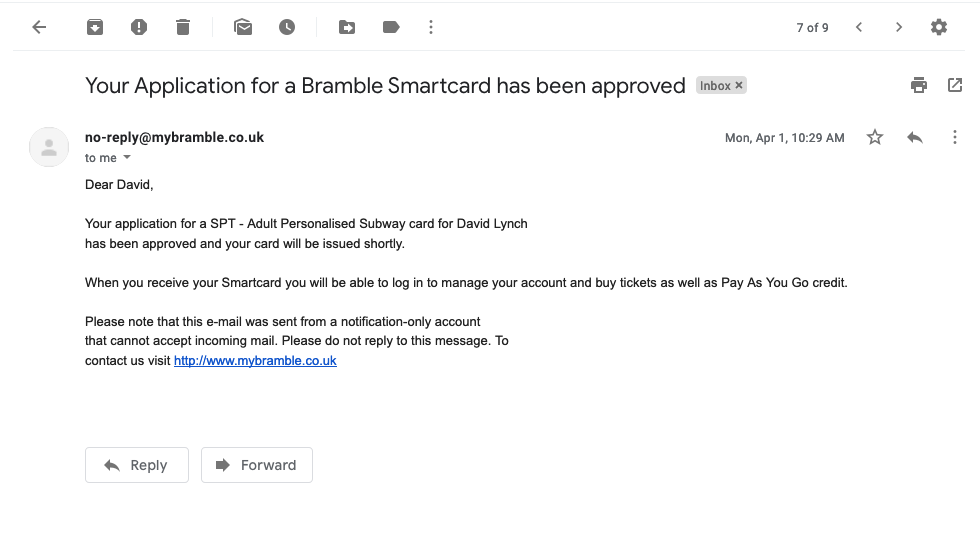 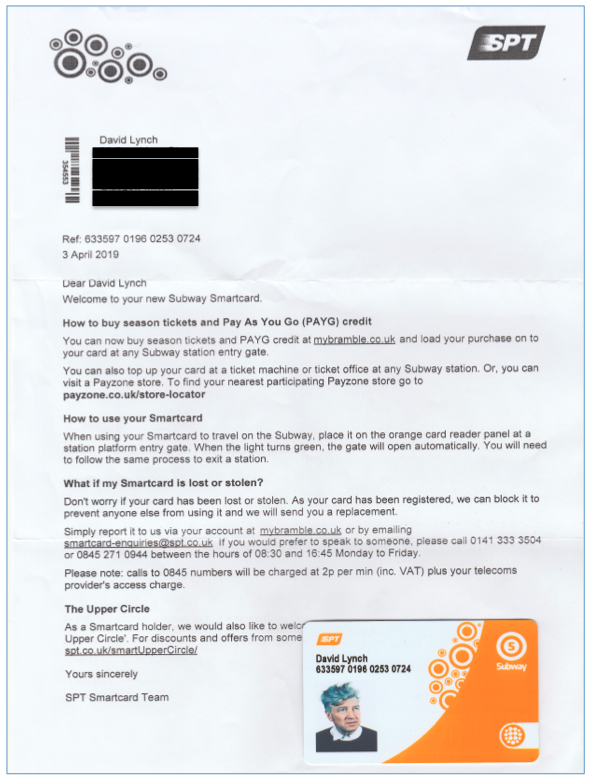 When I moved flat I was close to a subway station and now better off getting the Subway to go back and forth from home. I wondered why my railcard and oyster card didn’t need a photo of myself but the Glasgow subway needed my identity for a fifteen-minute journey. I wondered again how easy it was to apply as the American film director David Lynch instead of myself and the answer is yes it’s easy. Does it mean the true and falsehoods are no longer necessary and just whatever fits will do? Does it mean we can have new identities and be whatever we want to be? It could almost mean some bloke working in the office wasn’t aware of the work of David Lynch or did and it was nearly time for them to finish work and just processed it or their giant robot machines that manufacture the cards didn’t have the knowledge of David Lynch installed onto it. This could also mean David Lynch is being forgotten by the mainstream and he should make another film since he’s not made a film since 2006’s experimental thriller Inland Empire.