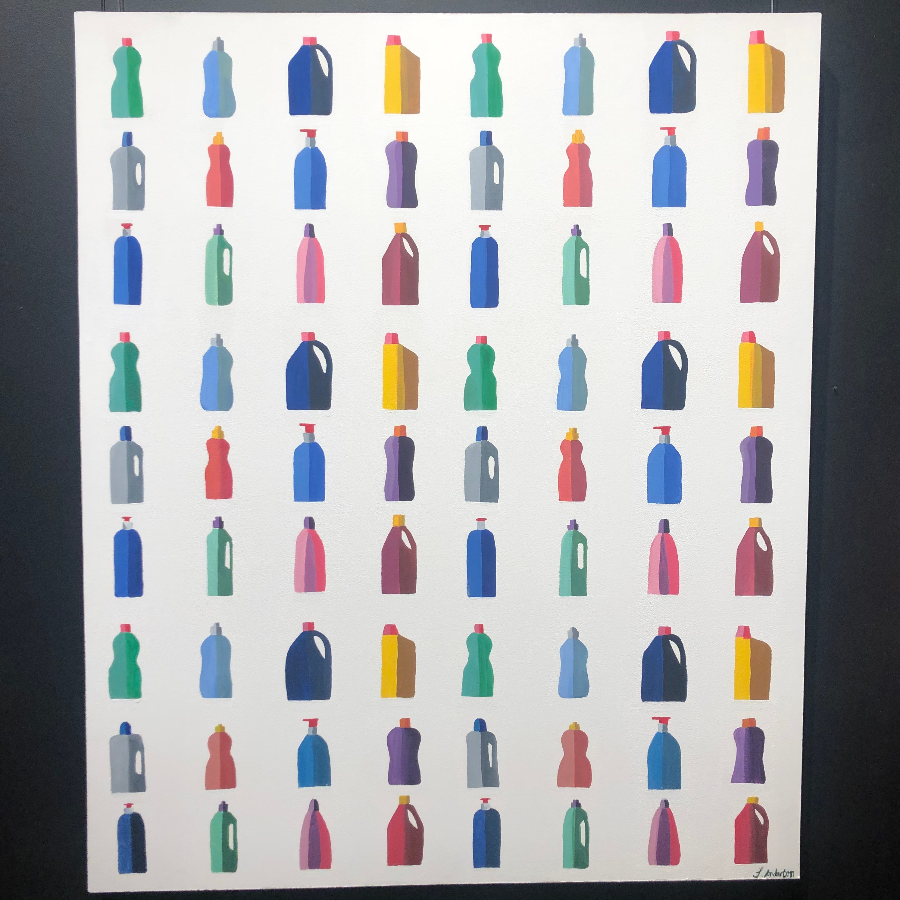 Previous entryIs my broken finger the same as your broken leg?
Next entryShould we start from an ecology of mind?
September 18, 2019

How does the human brain respond to repetition? 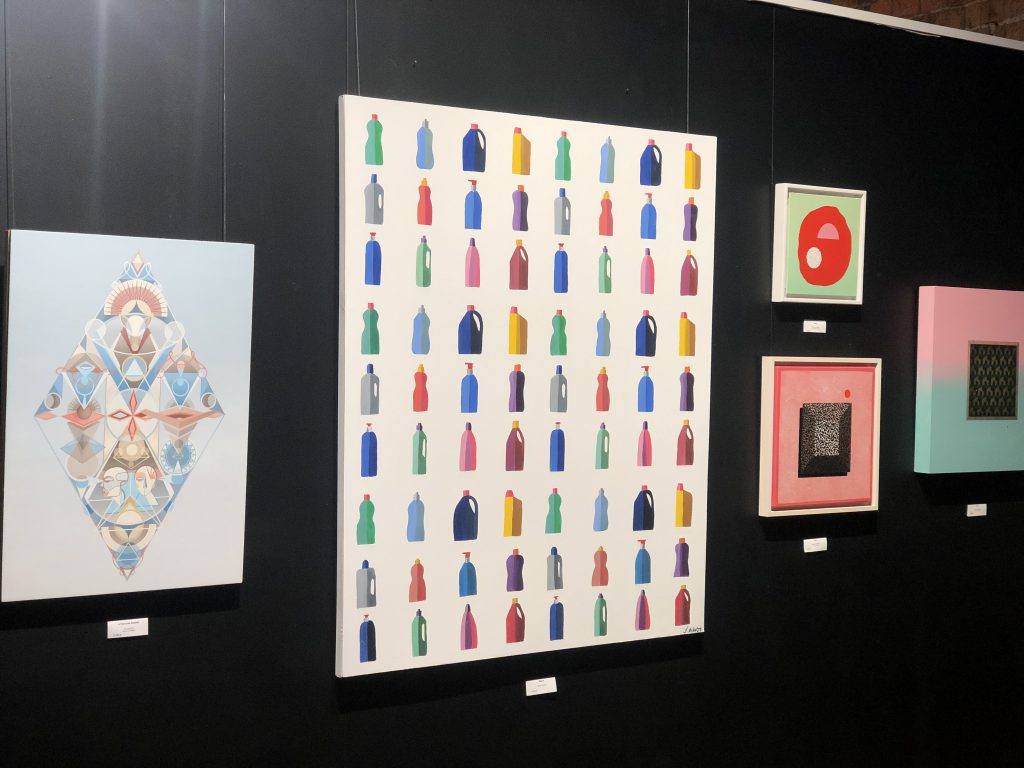 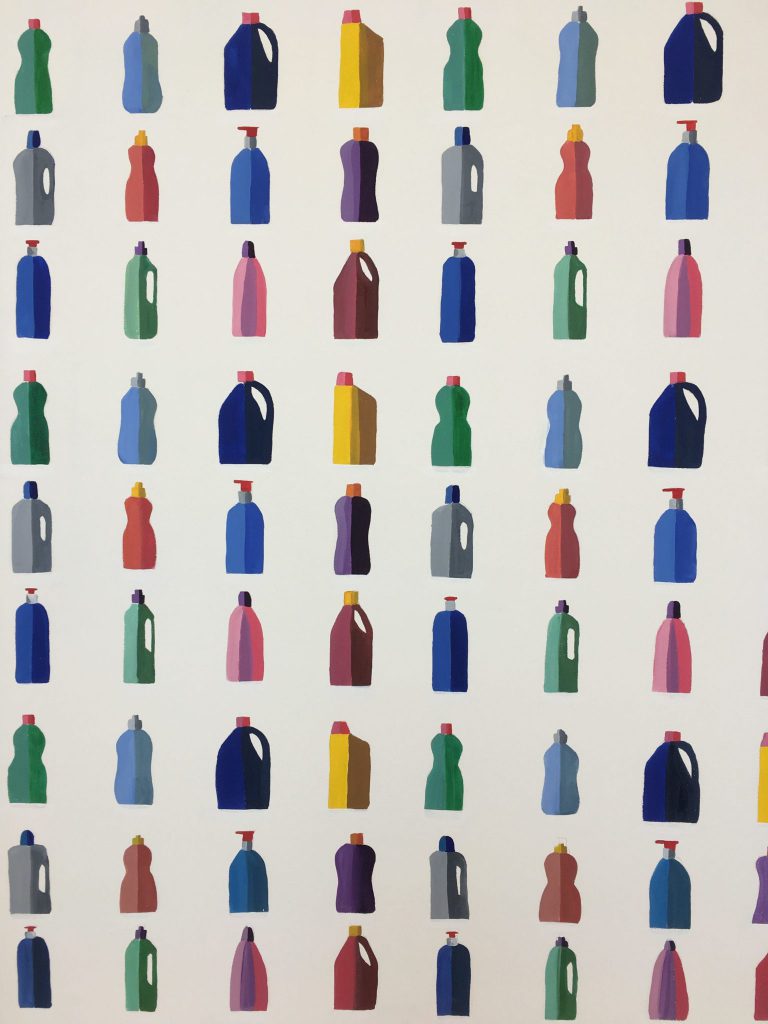 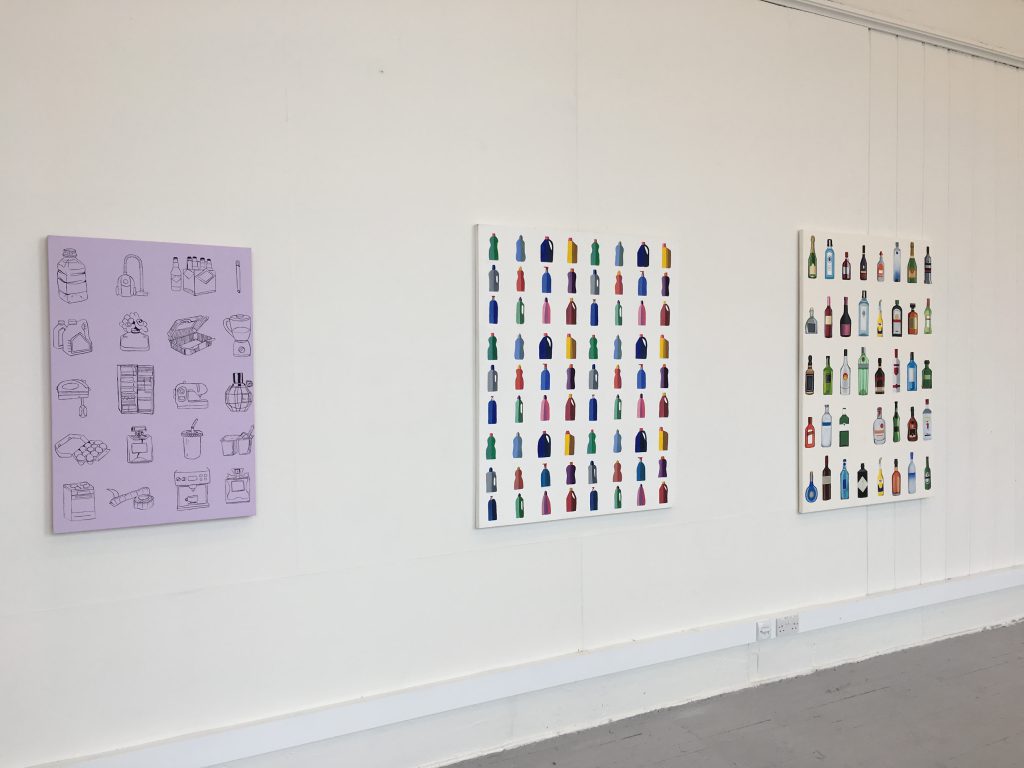 ‘BLEACH’ focuses on the ideas behind contemporary life and consumerism, taking common place cleaning products out of their usual context, enabling the viewer to be reintroduced to the objects appearance or moved by its renewed visual presence.

By photographing shelving units for research and analysing how products have been displayed, I became interested in visual merchandising and the theories behind why displaying objects in a particular way makes them more aesthetically pleasing to the consumer.
I wanted to find out about the psychological effects on the human brain when we enter stores and why we are either repulsed or attracted to the abundance of over-packed shelves.

One inevitable technique used to entice the consumer into buying or noticing products is the use of repetition. Because our brains like predictability, having the same pattern and being consistent makes the viewers feel comfortable due to the cohesive feel and unity.

Not only is my work informed by research but also by experience. I became interested in mass production when working at Nairns Oatcake factory. Throughout this time, my perception had shifted from observing these oatcakes as mundane, to then becoming monumental when unified and part of a mass scale rhythmic production line.