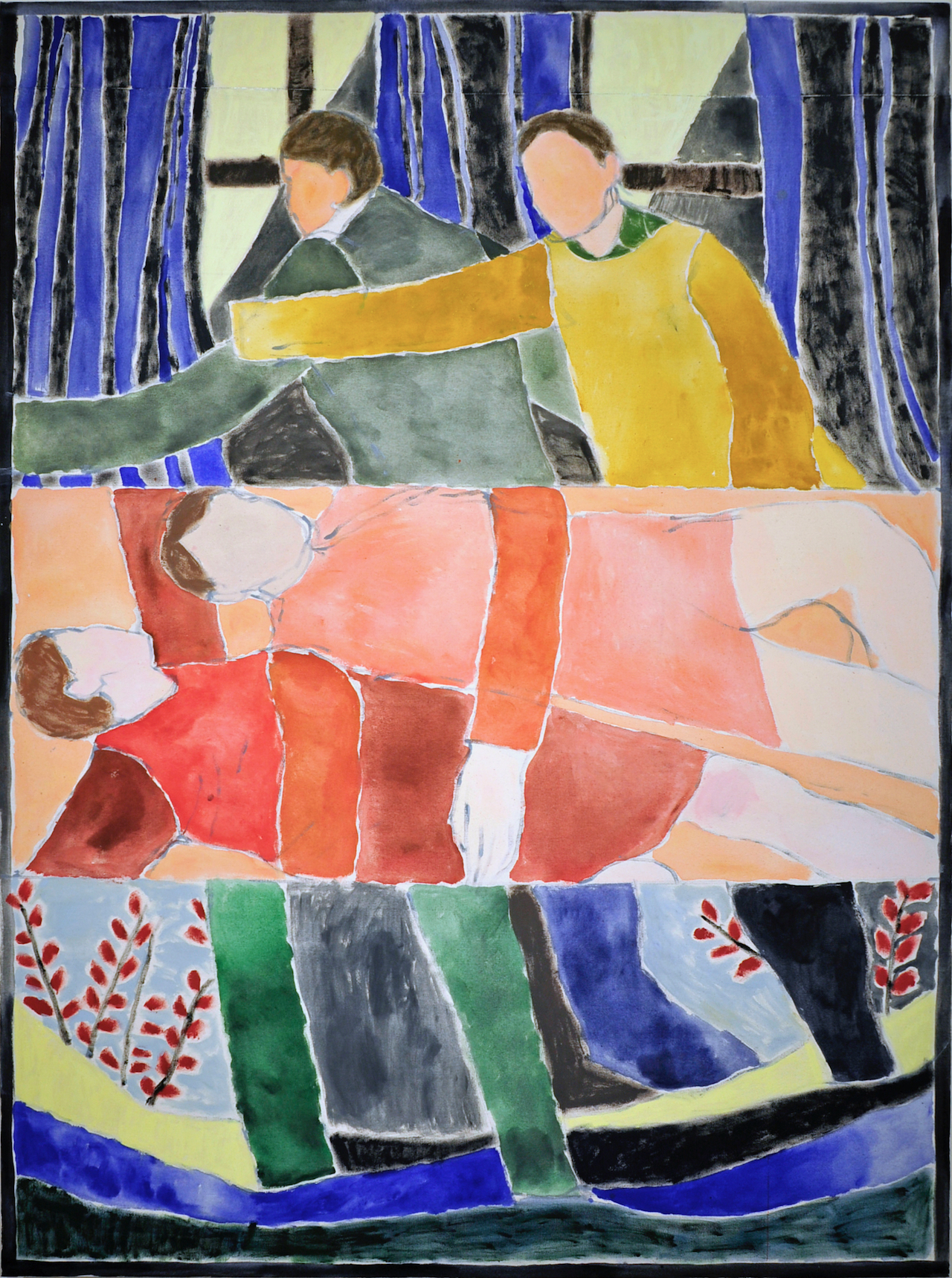 Previous entryIs the manipulation of formal elements sufficient enough?
Next entryWhat affect does language have on gendered identities?
September 30, 2018

How does context affect the reading of a picture? 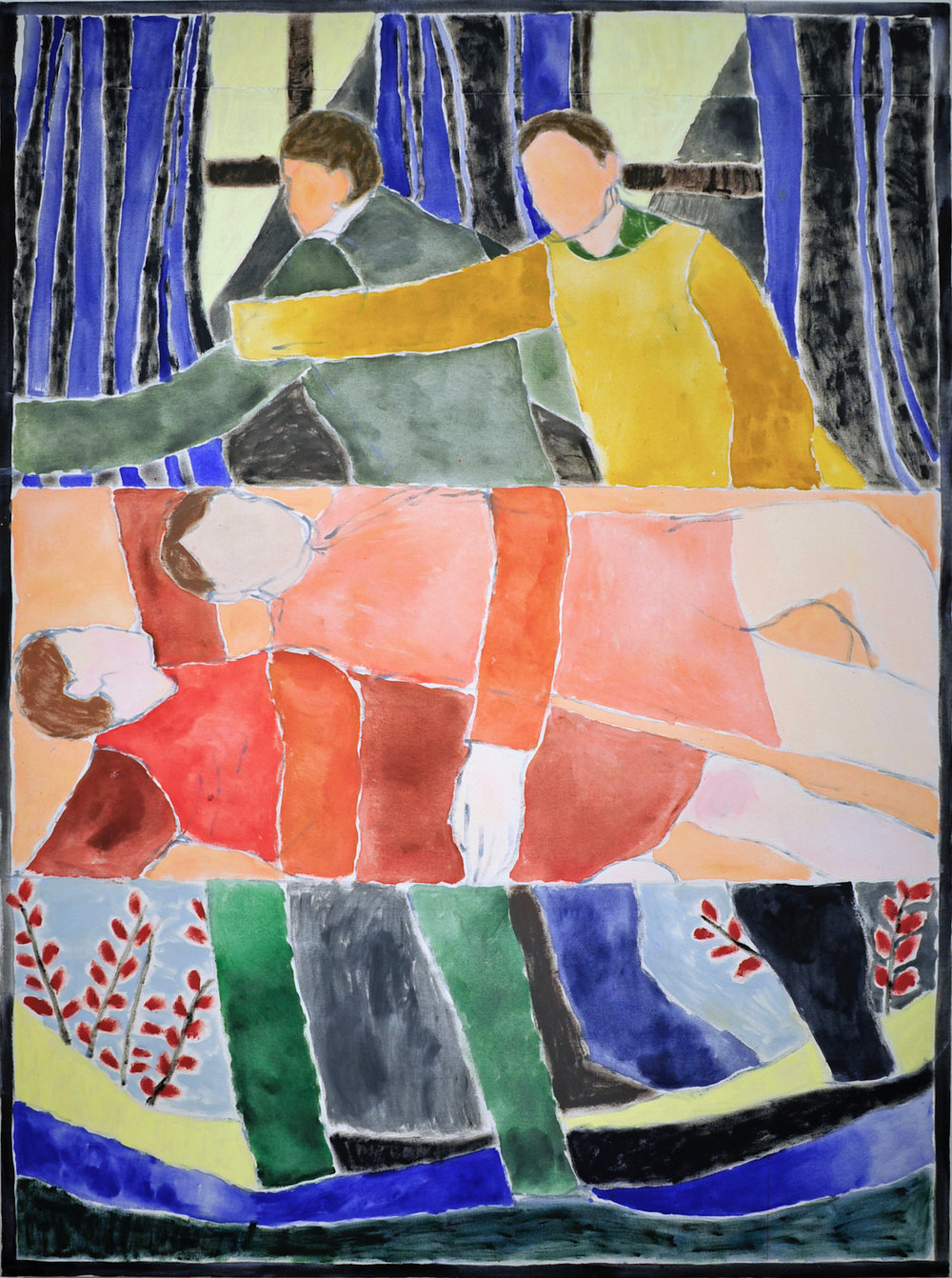 My paintings are primarily concerned with the relationship between figuration and abstraction. By appropriating stills from films, mainly from the horror film genre, new narratives are generated. Figures are taken from multiple images, and are placed within new, reconstructed contexts. Interactions between these unrelated figures form an ambiguous scenario, allowing the viewer to fabricate their own imagined idea of what is taking place. The setting too is made up of multiple features taken from a number of different images. Domestic settings, landscapes and interiors all amalgamate into a confused and disconnected environment for the scenario to exist within.
The process of painting itself further abstracts the picture. Bodies and objects become abstract forms, colours and shapes as the paint is applied and the numerous techniques utilised, such as layered, stained and blank canvas further confused the nature of the picture and the acknowledgement of the canvas’ flatness precedes any attempt at depicting a three dimensional world.
A works narrative may be ambiguous or undetermined, and the sinister nature of the subject matter may eventually only be hinted at, or inferred by a works title, however the use of colour makes the work more approachable. This consequently raises questions and doubts about how innocent the painting actually is, giving the audience an integral role in the final conclusion of a piece.