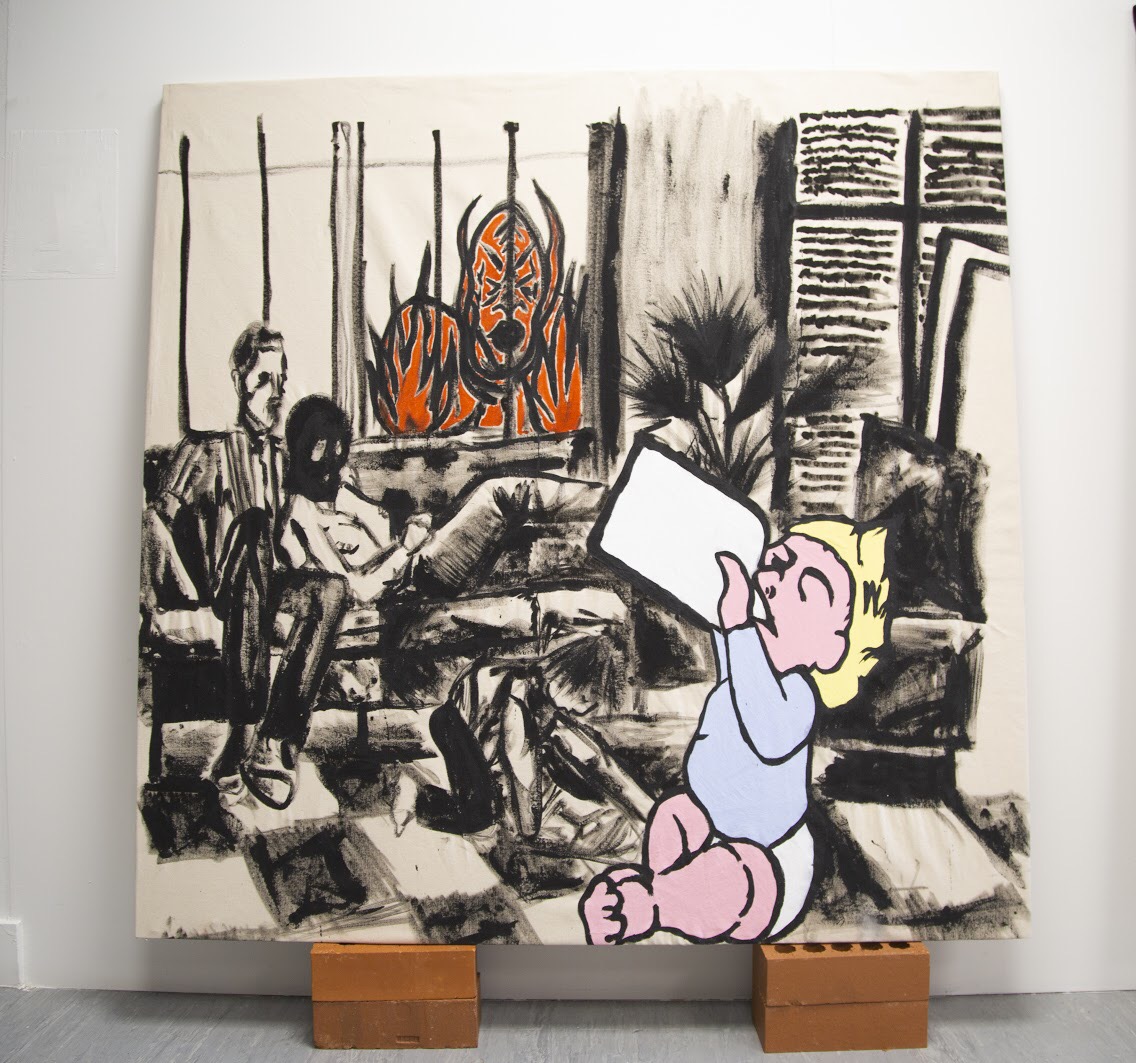 This particular work marks a change for me, both in aesthetics and approach. I began painting this year after working primarily in new media/installation, the reason for this being that I wanted to make works with the ability to be both reflective and communicative in an instant – as well as representative of human intervention in their making.

This work begins an exploration of omnipresent notions in the lives of young people today – ambivalence, anxiety and precarity. We exist in a unique paradox whereby our potential for learning is limitless and the value of knowledge is nothing, we exist with an awareness that our freedoms are being hemmed and shortened consistently through capitalist and neo-liberal government intervention. We exist with the acute awareness that the table was set long before we arrived, that the democratic control we supposedly exercise is illusionary.

This is a reaction to these notions, presented without the weight they carry, I aim for it (and the series to which to belongs) to provide situational expression of these emotions in a way which is not didactic. I hope that through the use of humour and physicality, the works will come to provide this moment with context in the future.

This particular work belongs to a series entitled ‘Apocalyptic Visions’, featuring repeated characters inserted into different situations which depict our ambivalence towards the state of international relations and potential for war (we are currently at the highest threat level for nuclear attack since the Cold War).
Each of these characters has a language reflective of potential inferences, speaking to the viewer’s interpretations.

There is a sister series entitled ‘Permanent Suntan’ set almost immediately after this one. It features holidaymakers in tropical destinations, looking on as the bombs hit.