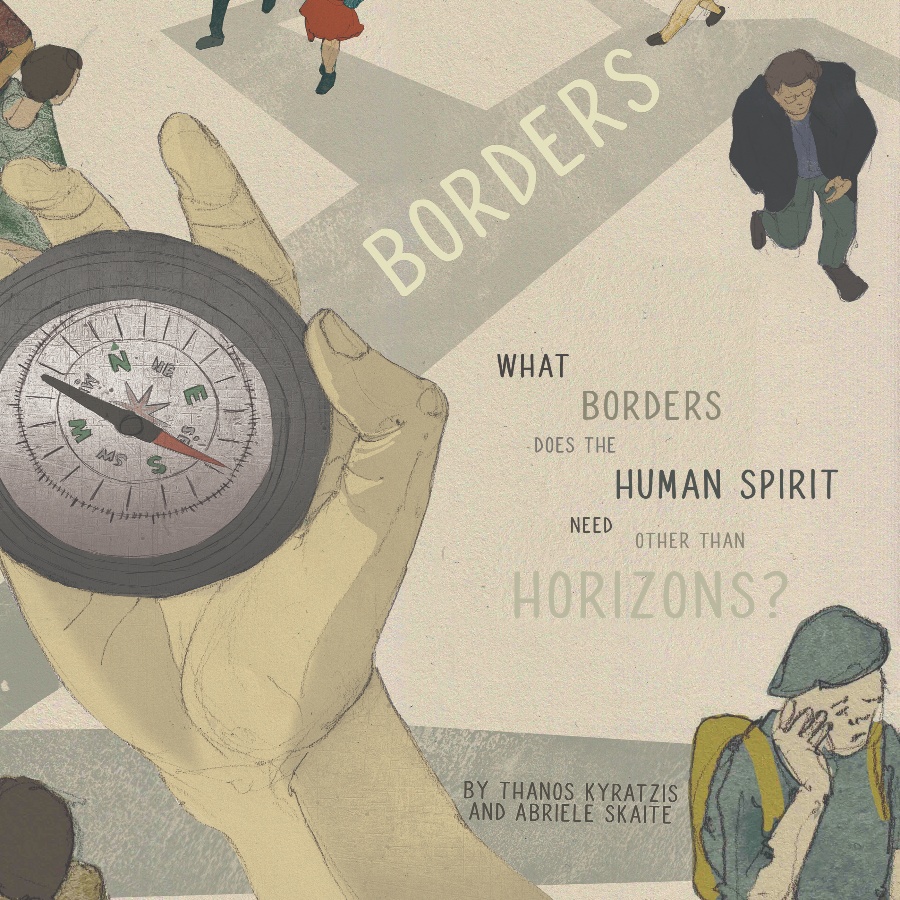 Previous entryDoes the future depend on how much we value ourselves?
Next entryHow hard can it be to do it alone?
January 31, 2020

How do we perceive borders, their notions and effects, in today’s world? 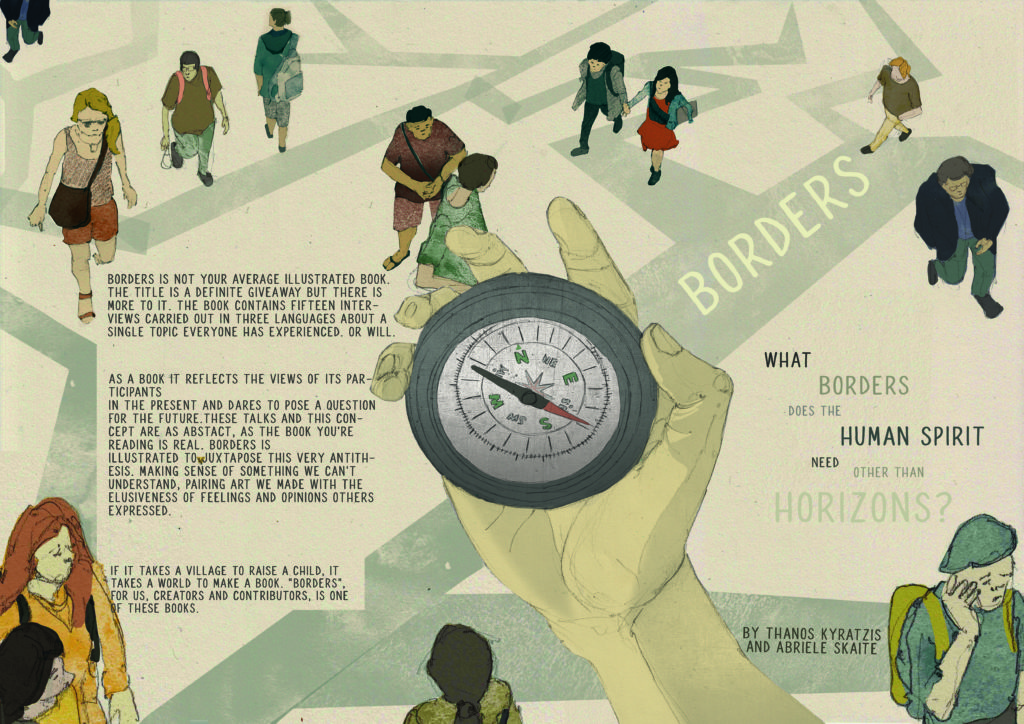 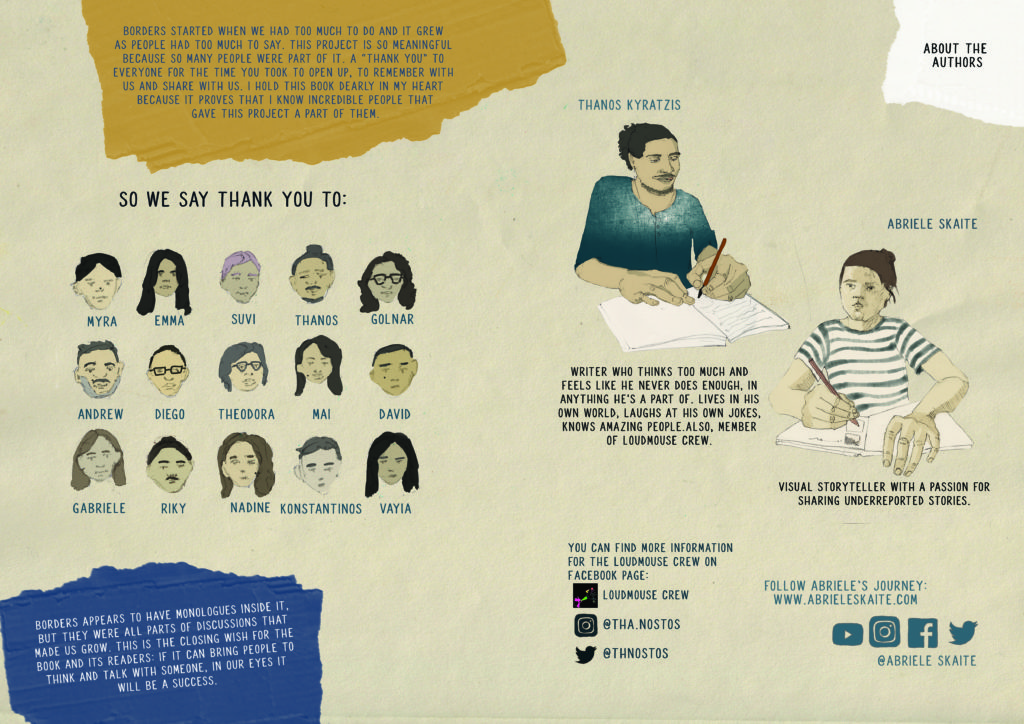 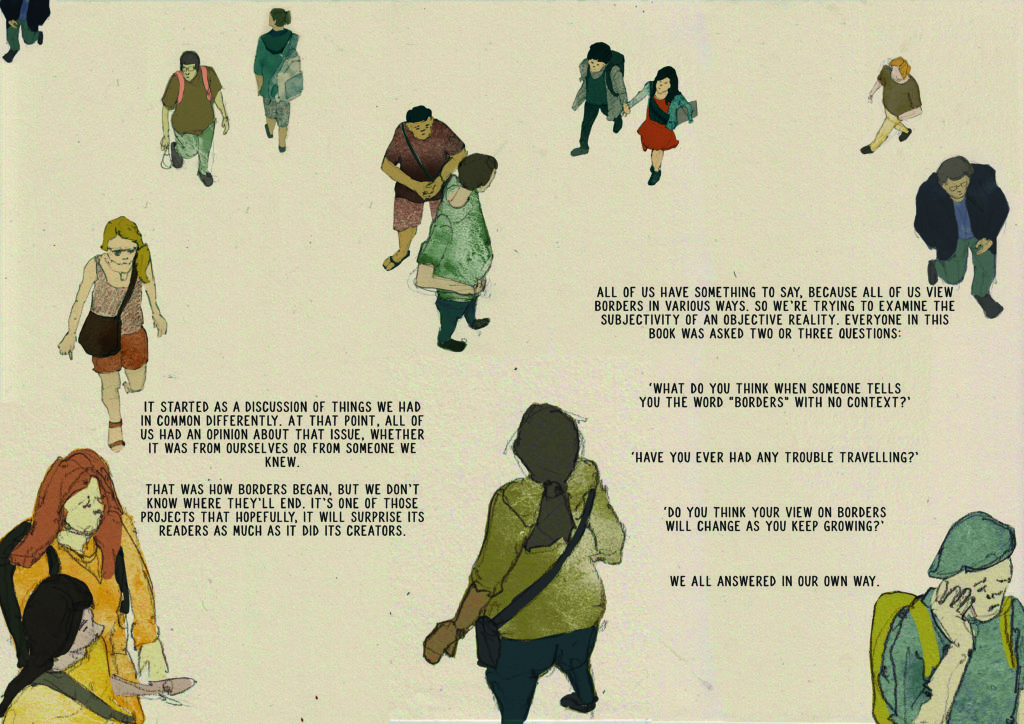 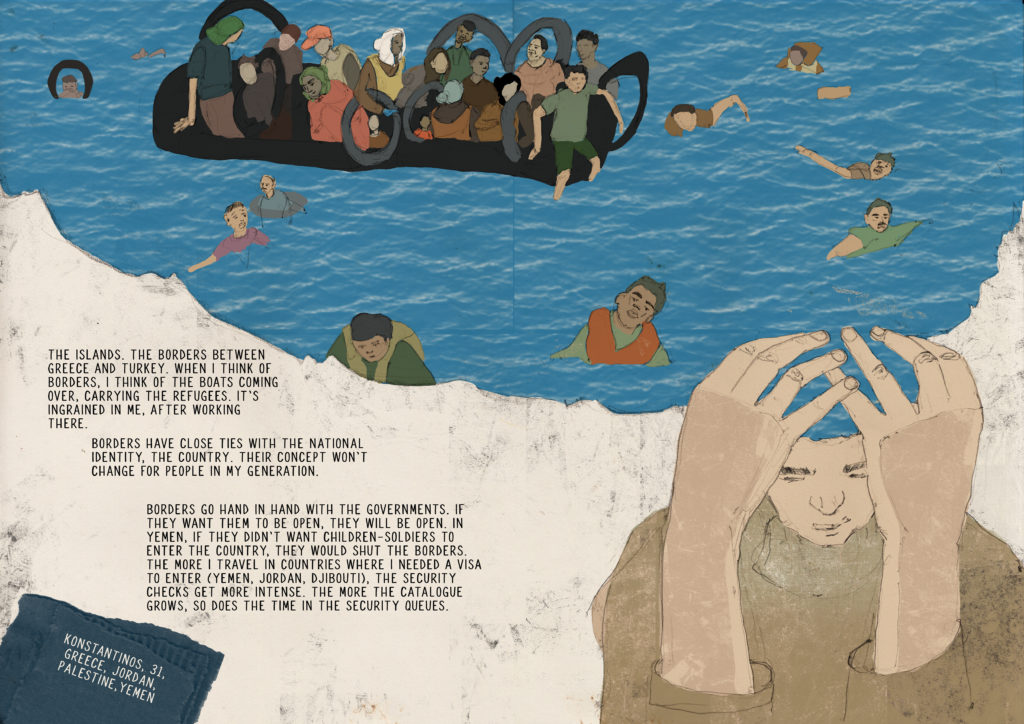 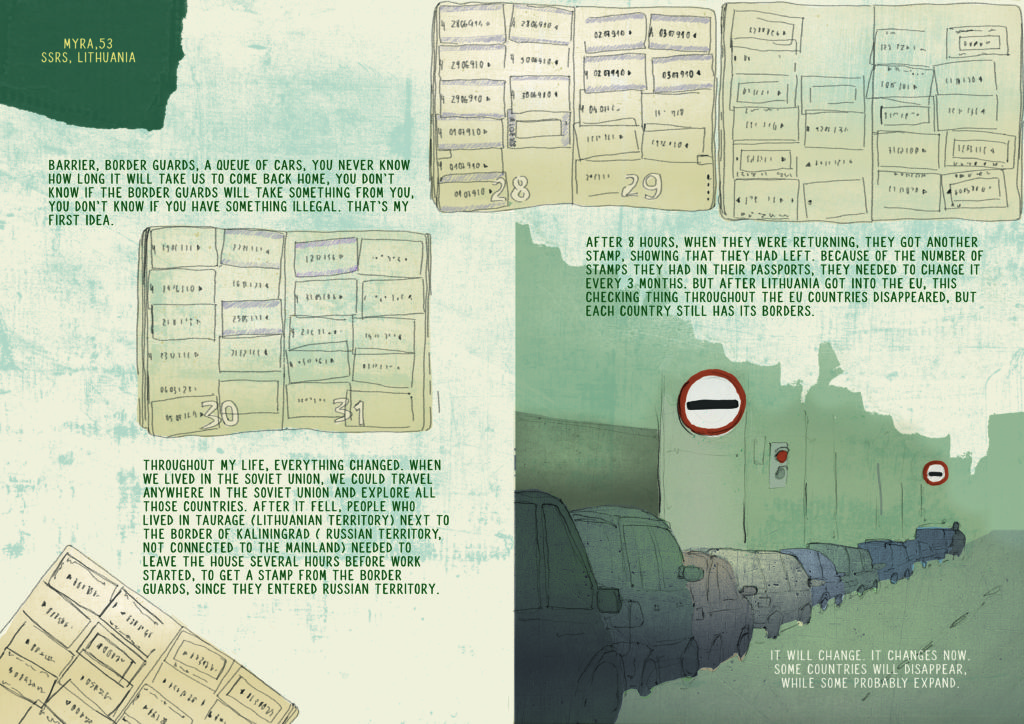 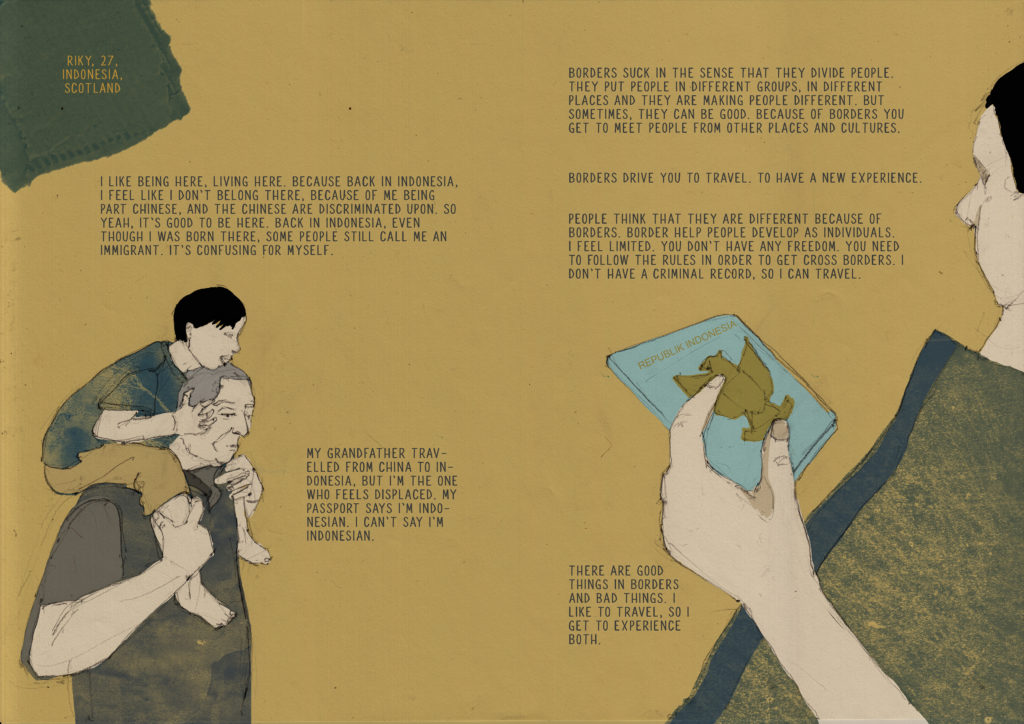 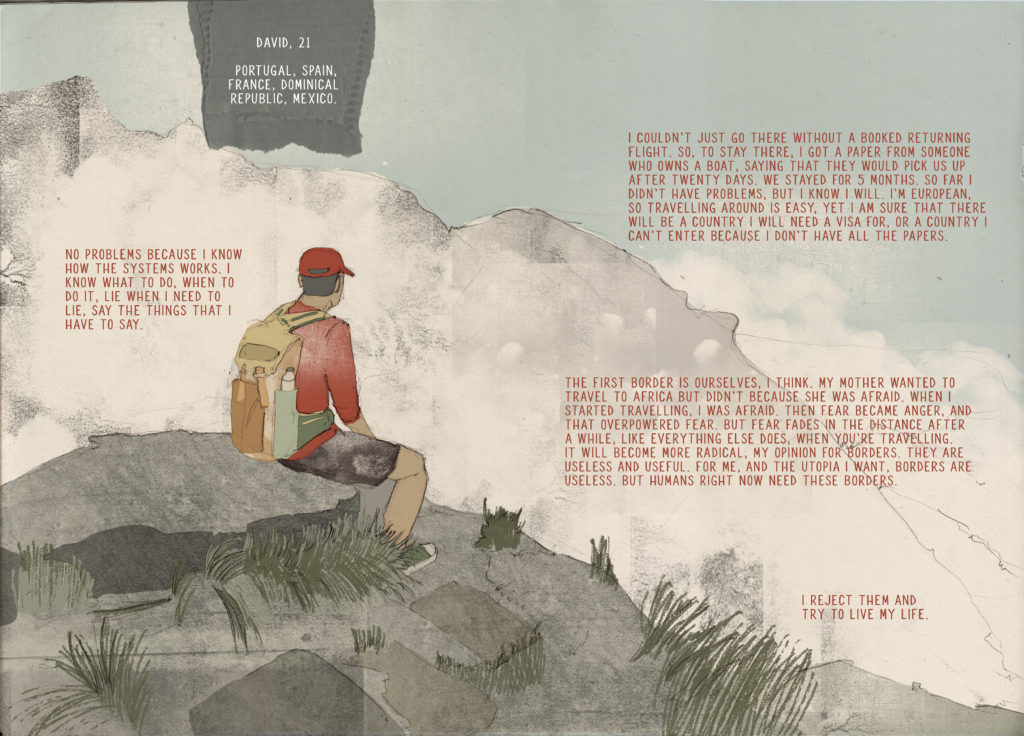 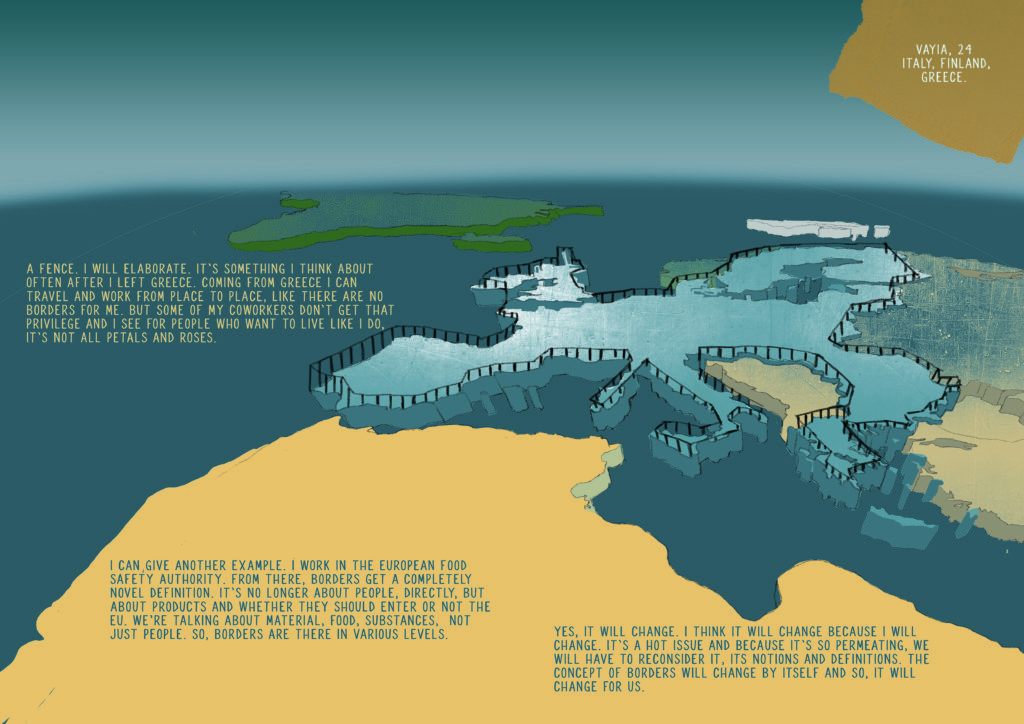 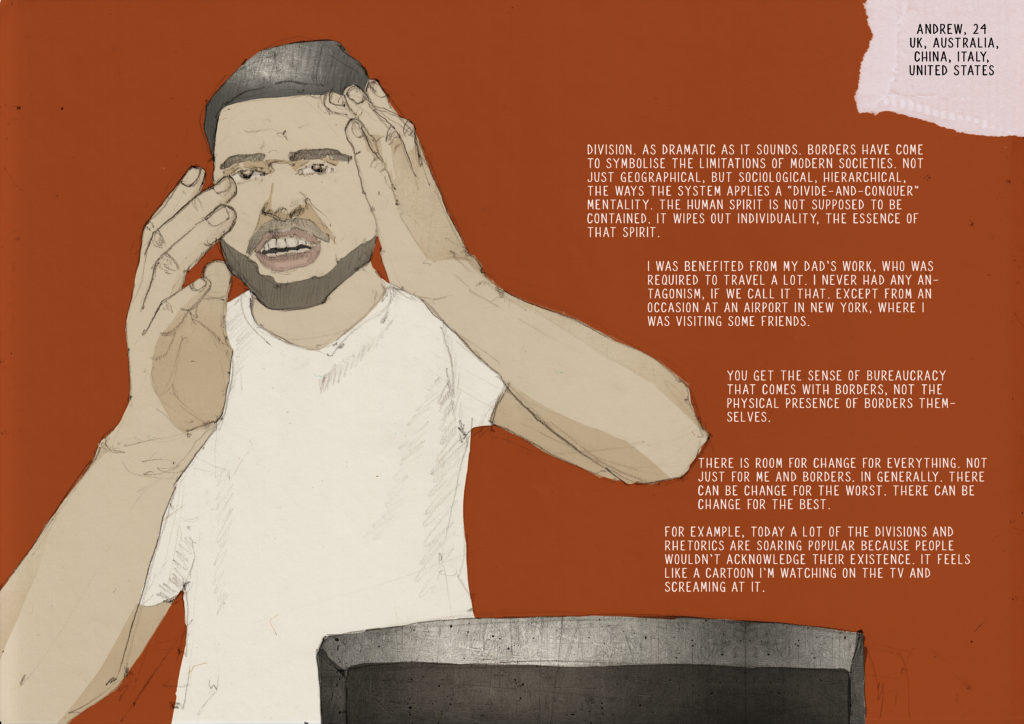 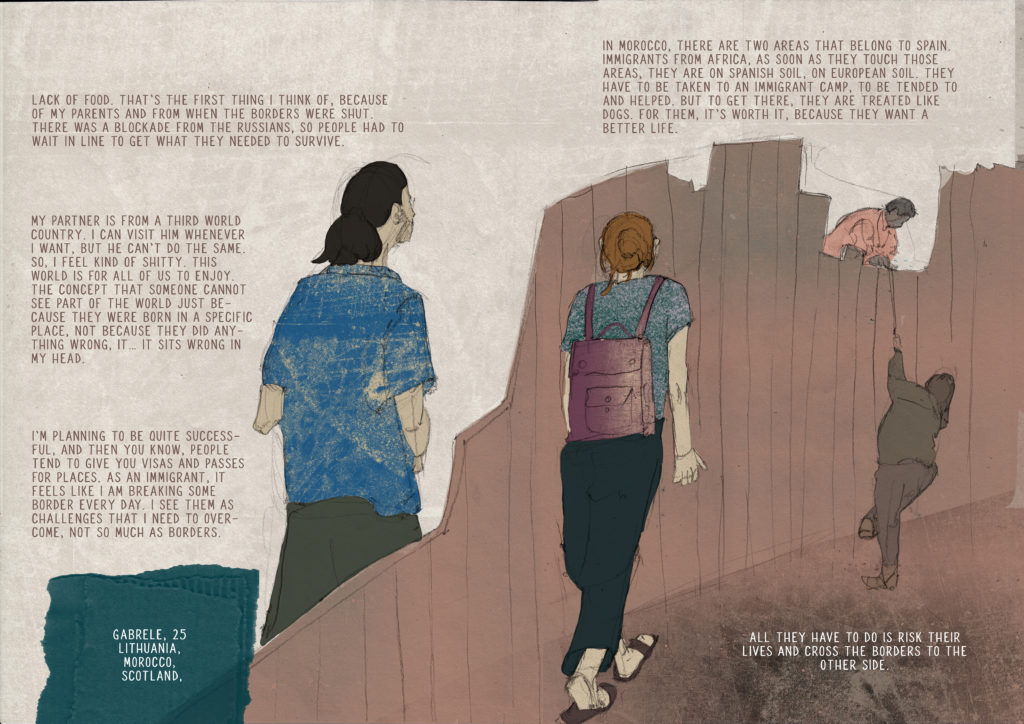 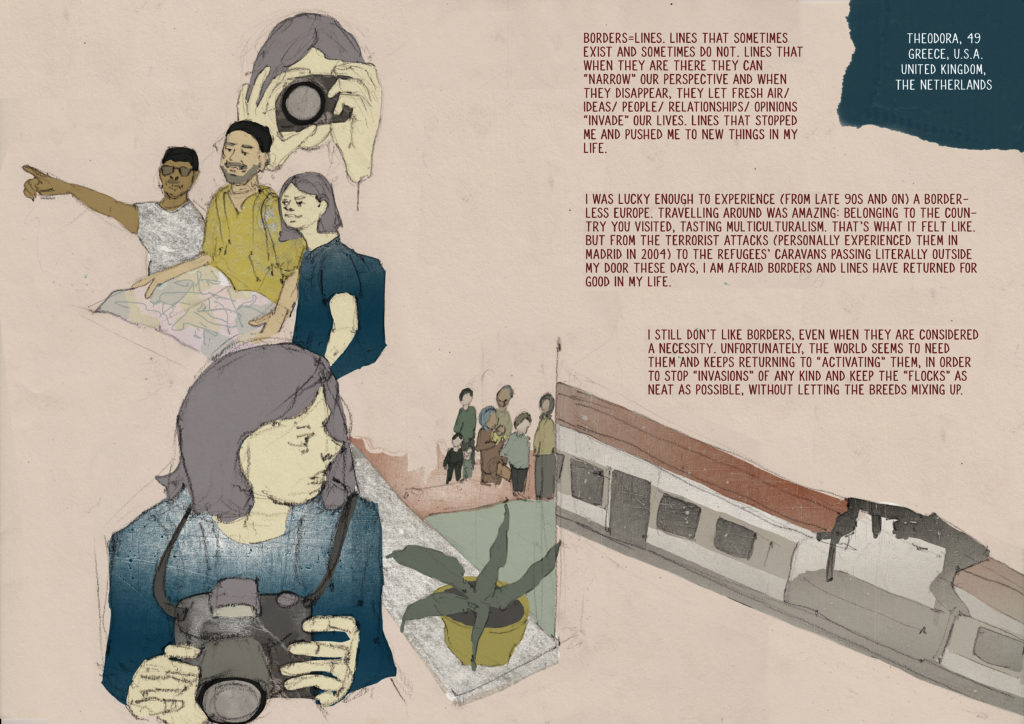 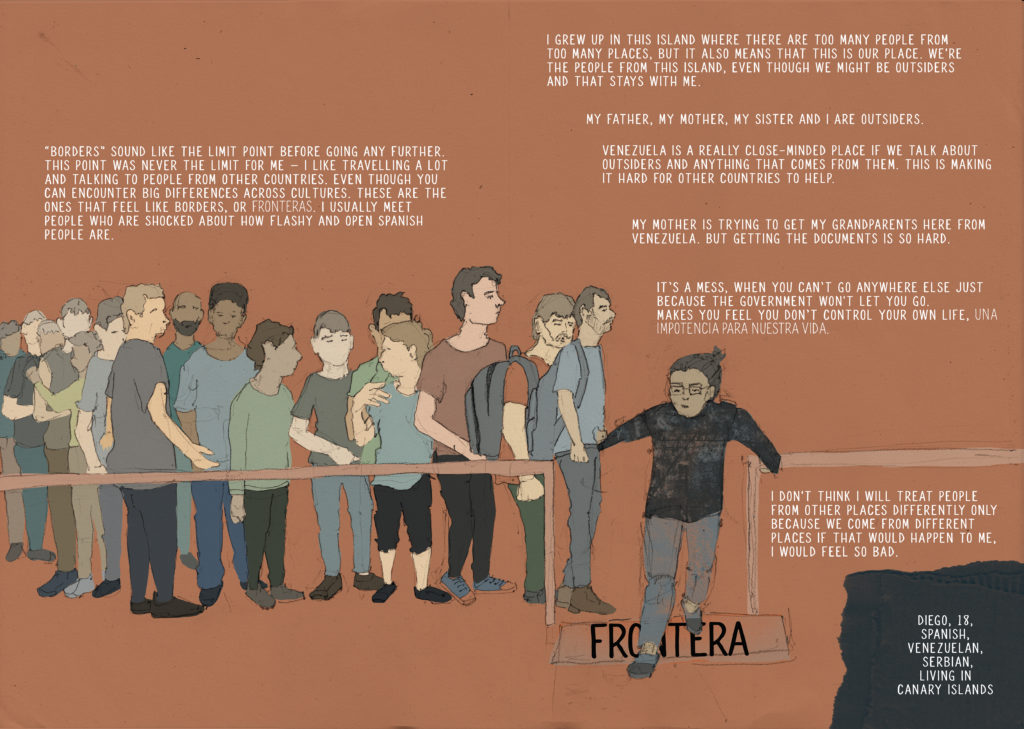 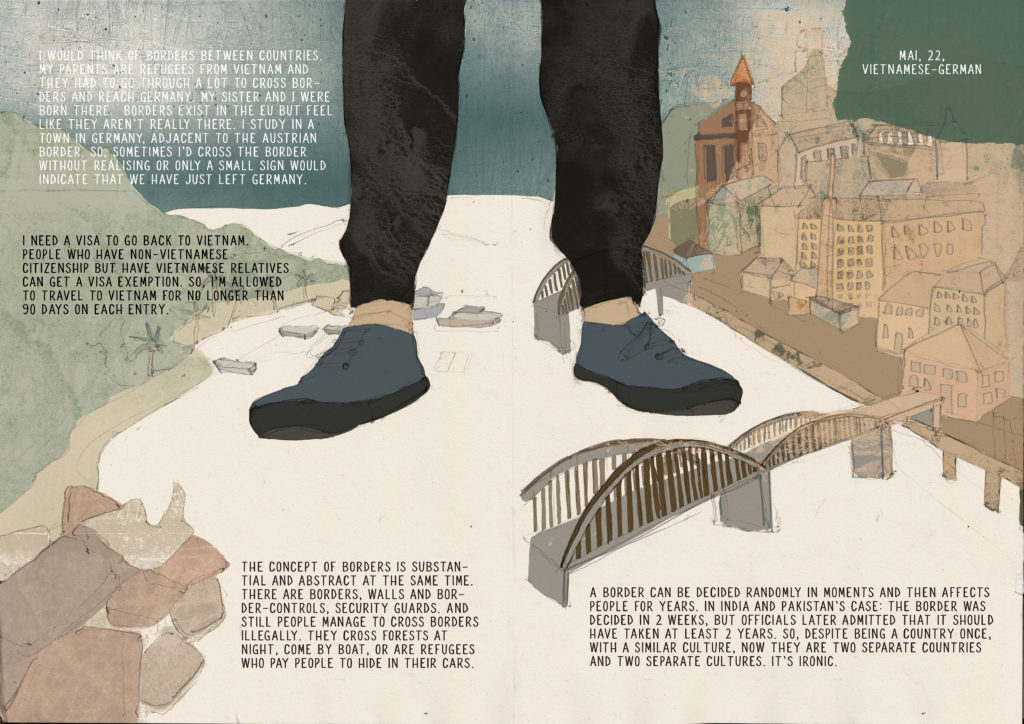 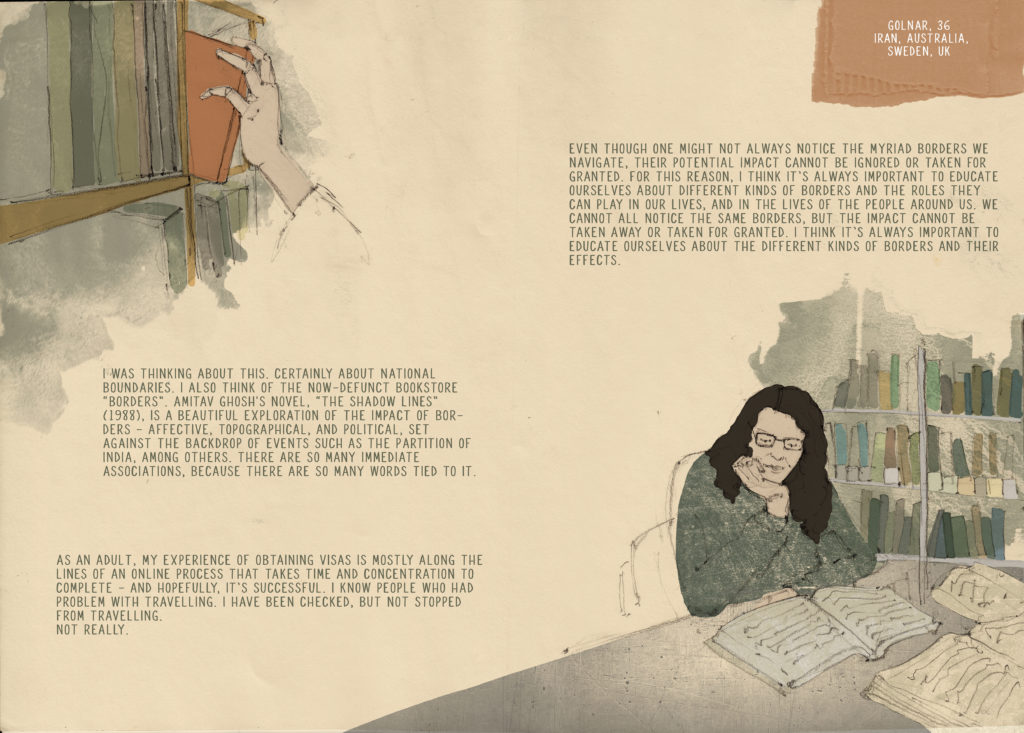 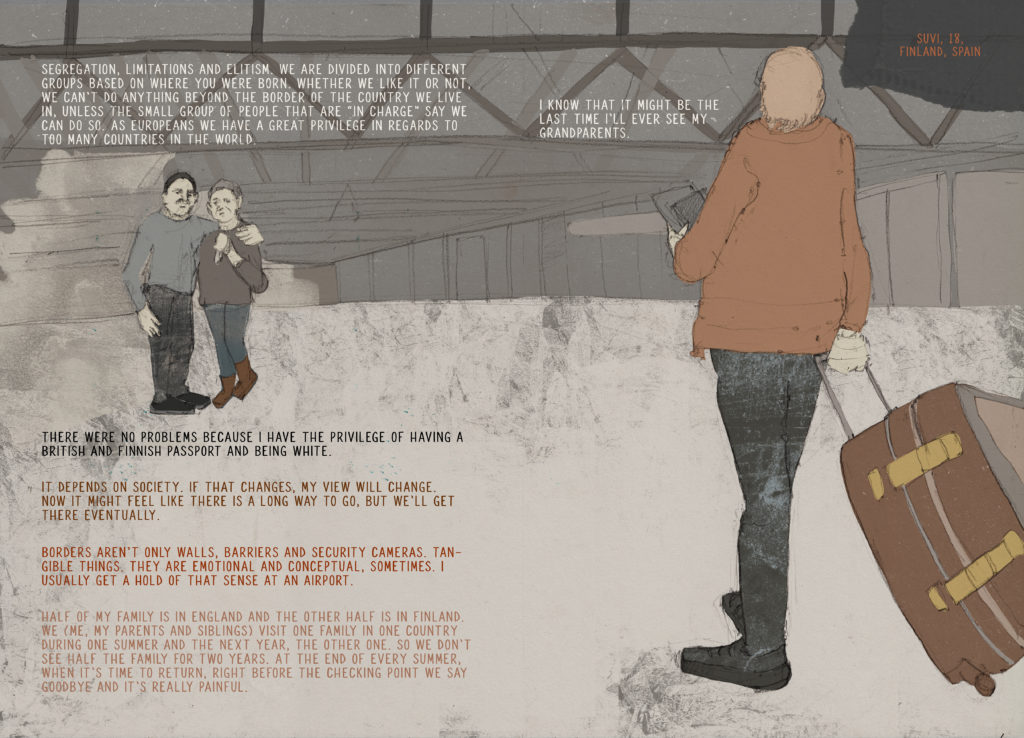 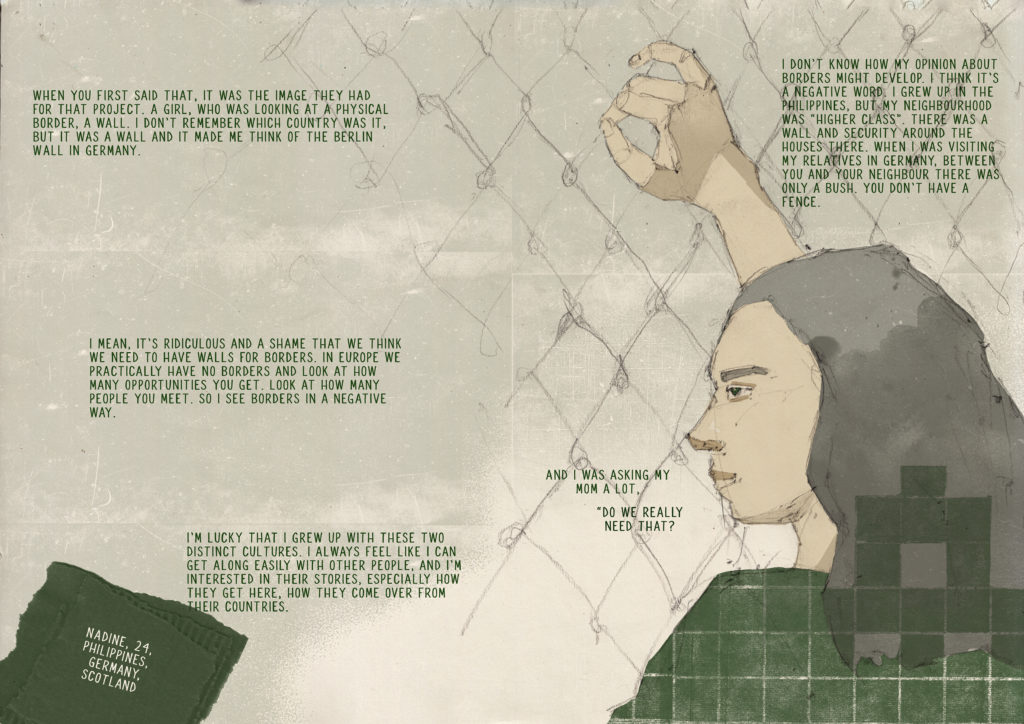 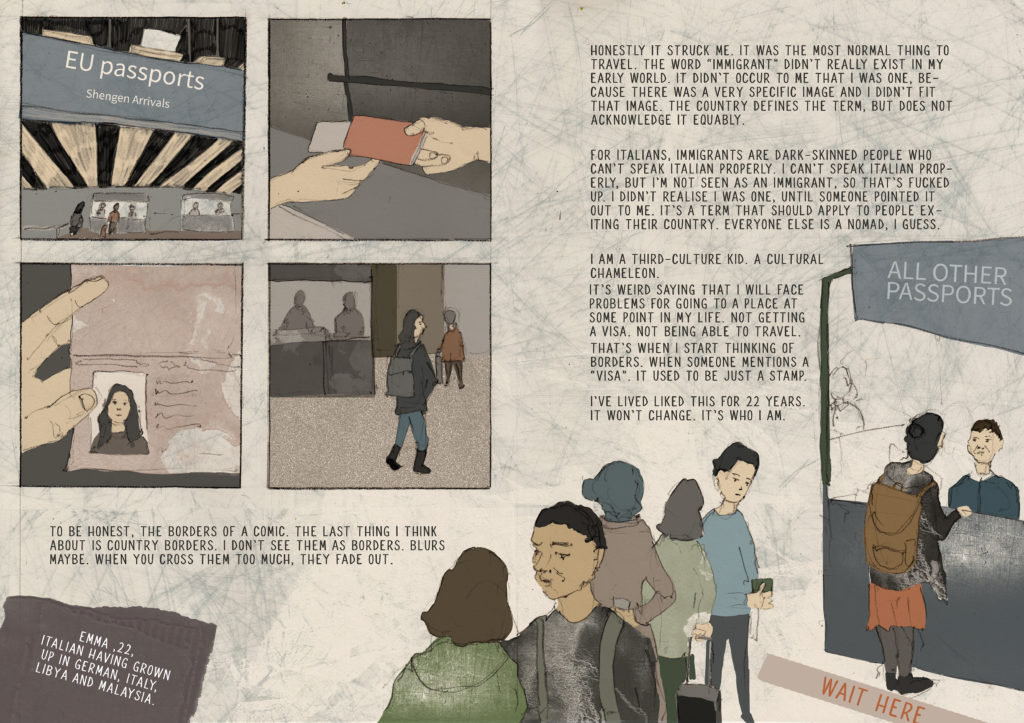 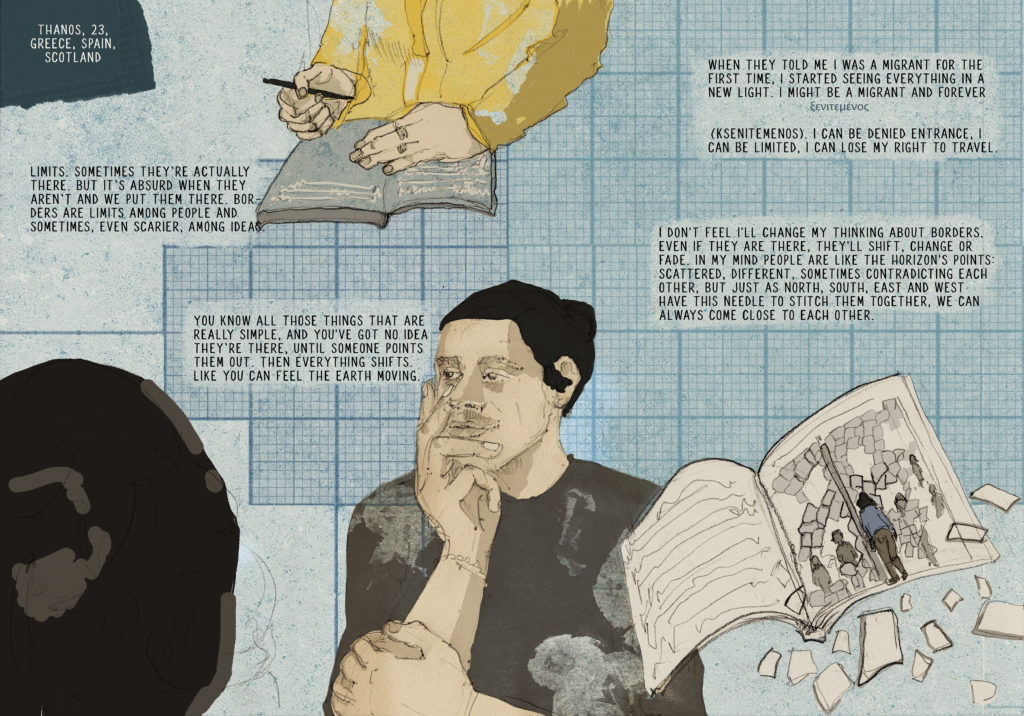 It’s impossible not to have a discussion about an issue like that. But a discussion means listening, just as much as it means talking. This is what Abriele Skaite (the artist) and Thanos Kyratzis (the writer) were thinking when they conceived “Borders”. “Borders” is a non-fiction illustrated book, created by two migrants and based on the words of different people from all over the world. The issue of borders is a nuanced one, with impacts on both a personal and a social level, and it has become particularly important in recent years. The book contains 15 interviews on the concept of borders; 15 interviews of people whom Abriele and Thanos met while living in Scotland, which they turned into 15 double-paged illustrations. “Borders” started as a discussion of things we have in common but each one understands differently. Everyone had an opinion on the issue, whether that stemmed from their own lives or from the experiences of people they know. It is a project that constantly surprised its creators, and will hopefully surprise its readers just as much. “Borders” reflects the views of different people in today’s world, and poses interesting and necessary questions for the future.

https://www.abrieleskaite.com loudmousecrew thnostos channelUCzqRqC6YQewQCBENSCOIhGw
Share
Read More
Next entryHow hard can it be to do it alone?
Previous entryDoes the future depend on how much we value ourselves?