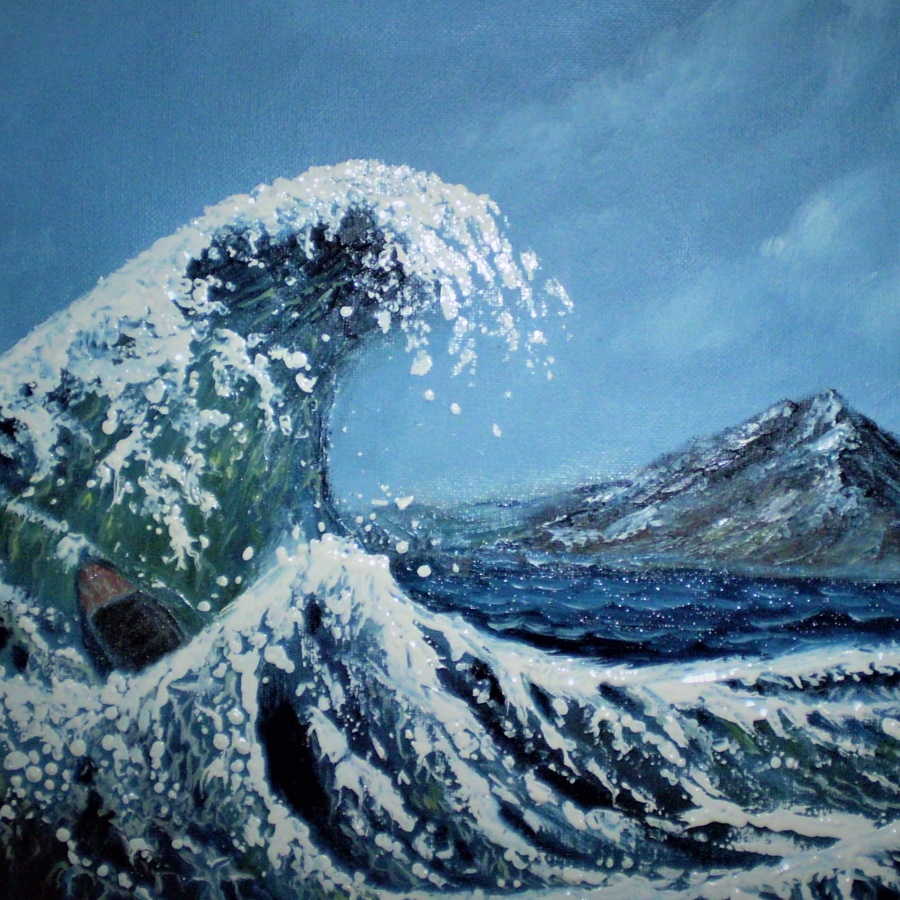 Previous entryAin’t We the Lords of All?
Next entryHas the Absence of Life Fused into the Darkness of Earth?
November 30, 2021 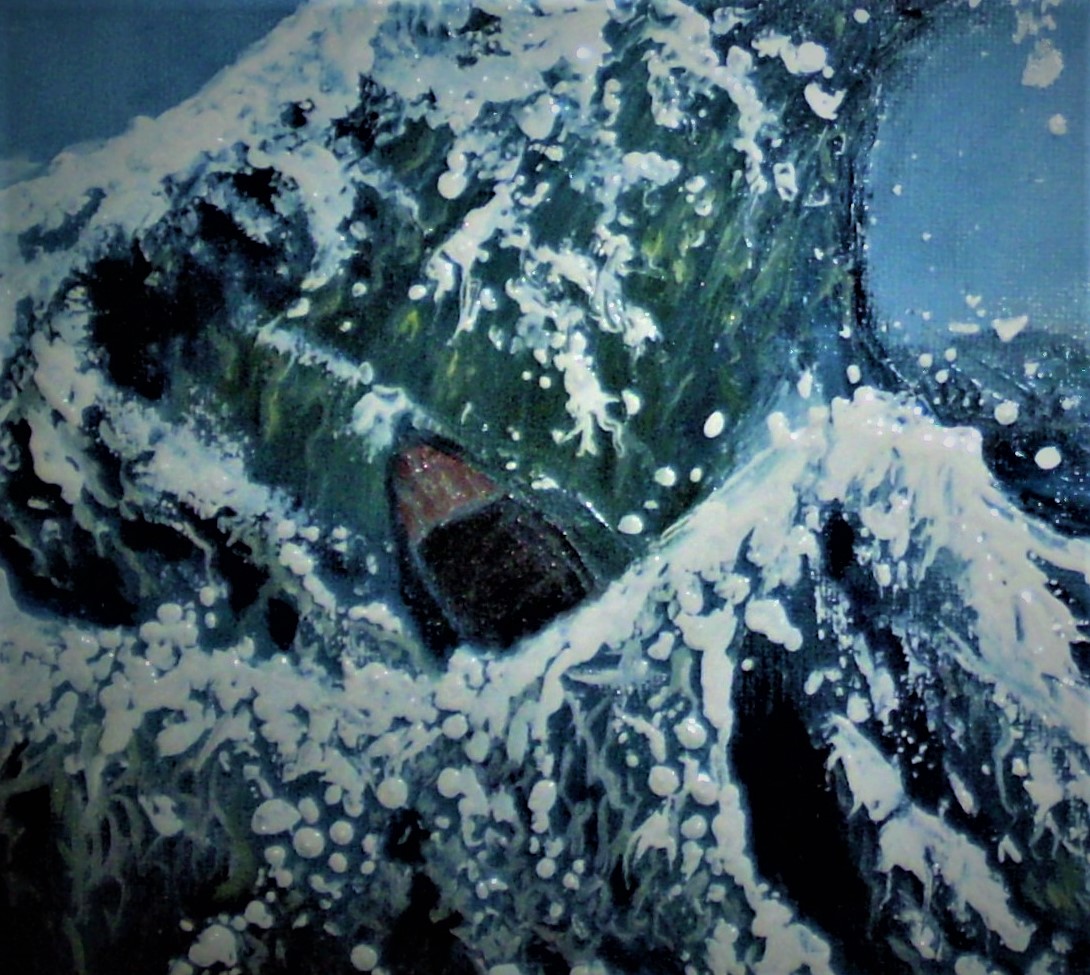 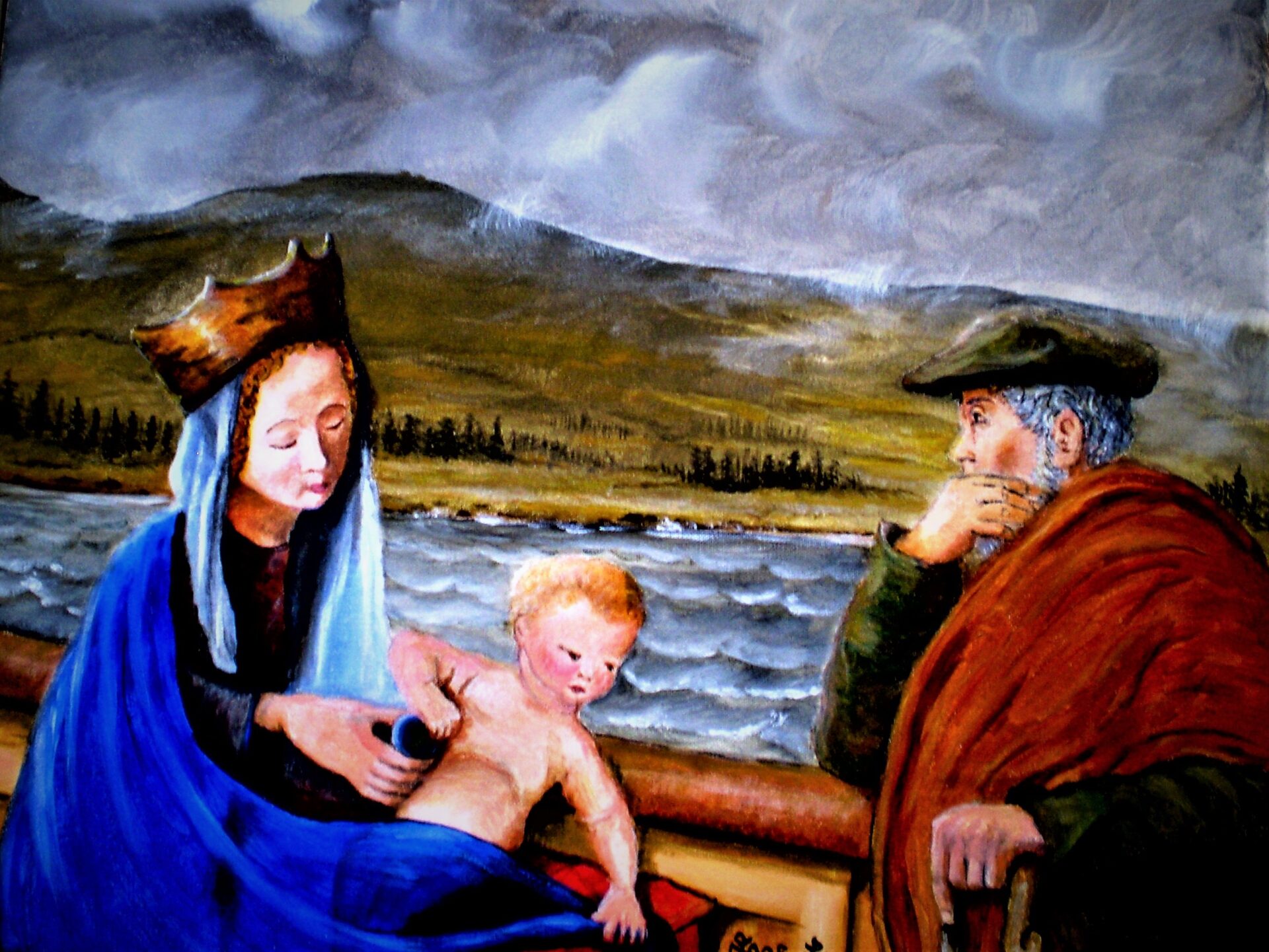 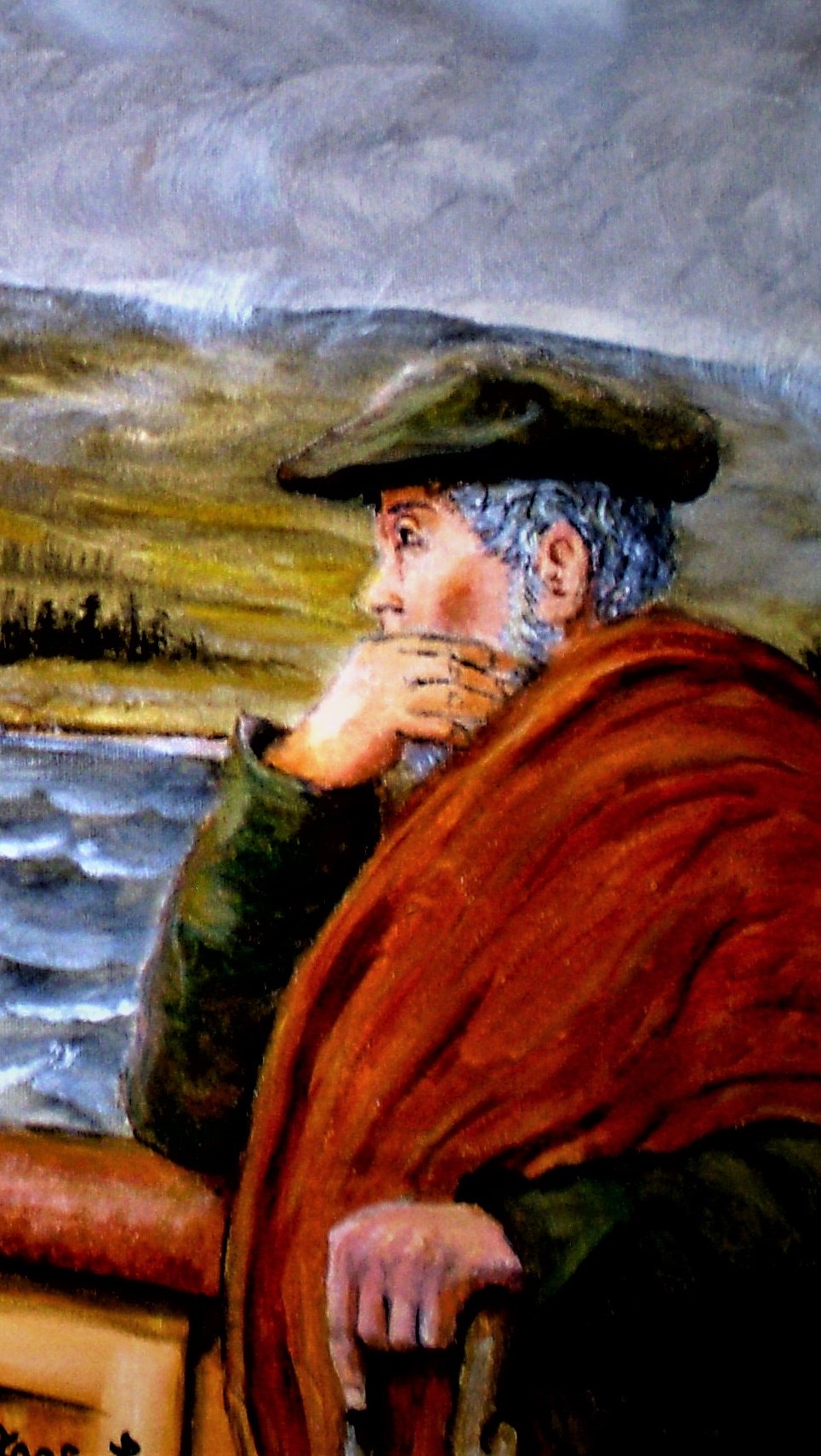 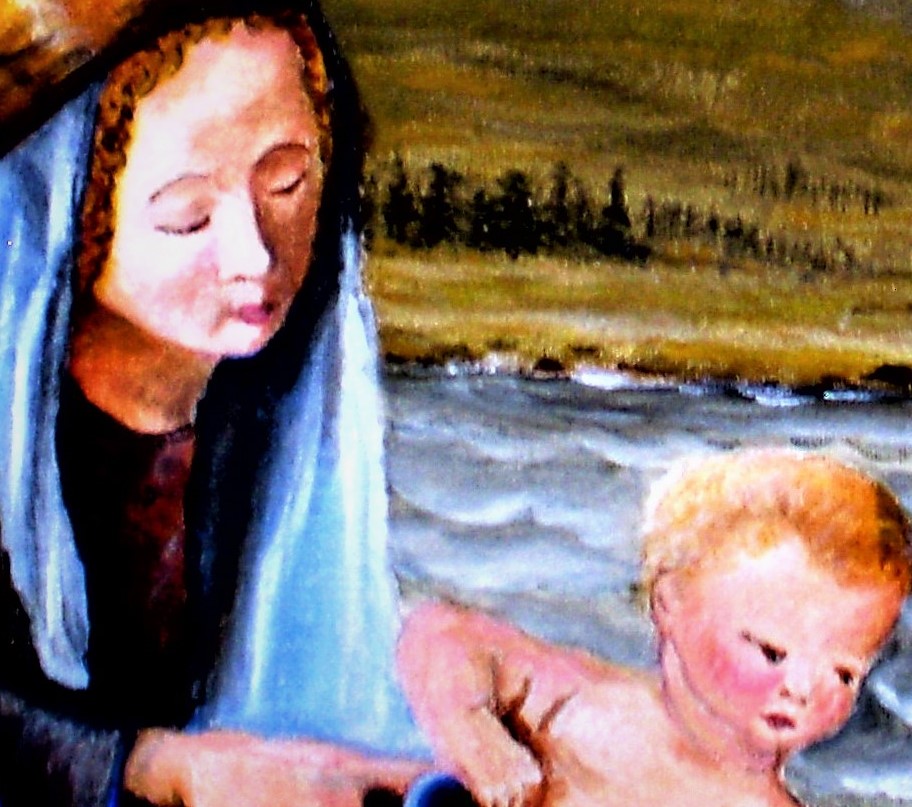 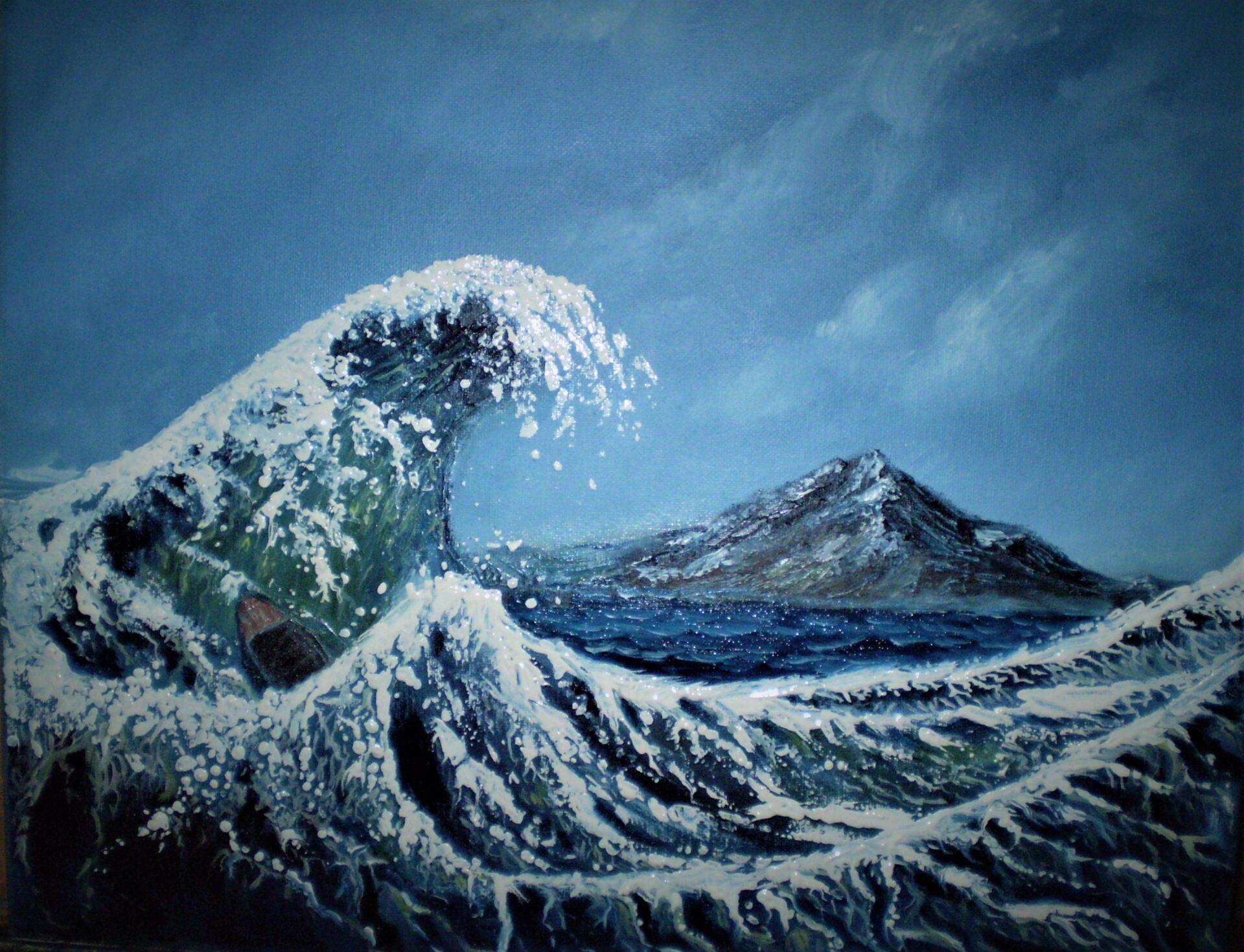 AcrylicThe Great Wave of Migration and the Migrants, 202120 x 16 inches

When Abraham Lincoln freed the slaves, there were riots in New York, mainly by recent poor Irish immigrants who were at the very bottom of the social heap, and feared that ex-slaves, migrating North, would lower wages and take their jobs. The fear of migrants is that they may take away from us, and that fear can blind us to what migrants can bring and give to our society and culture. It is easy to forget that we are all really migrants: the Scots were originally an Irish tribe and of course Scots have migrated all over the globe. My paintings try to make the viewer realise that what appears unfamiliar is familiar. I try to merge East and West, different cultures, different times. My empty migrant boat is based on Hokusai’s “Great Wave”, but with the Scottish mountain Schiehallion in the background. My odd Holy Family (who were Middle Eastern migrants fleeing to Egypt to escape Herod’s murderous regime) has John Watson Nichol’s highlander from his “Lochaber No More” painting (an economic migrant from the Clearances) along with a schone Madonna from Breslau Museum. Migration is part of our history, part of culture, it is in our DNA.

Share
Read More
Next entryHas the Absence of Life Fused into the Darkness of Earth?
Previous entryAin’t We the Lords of All?