How do I get 5 minutes of silence? 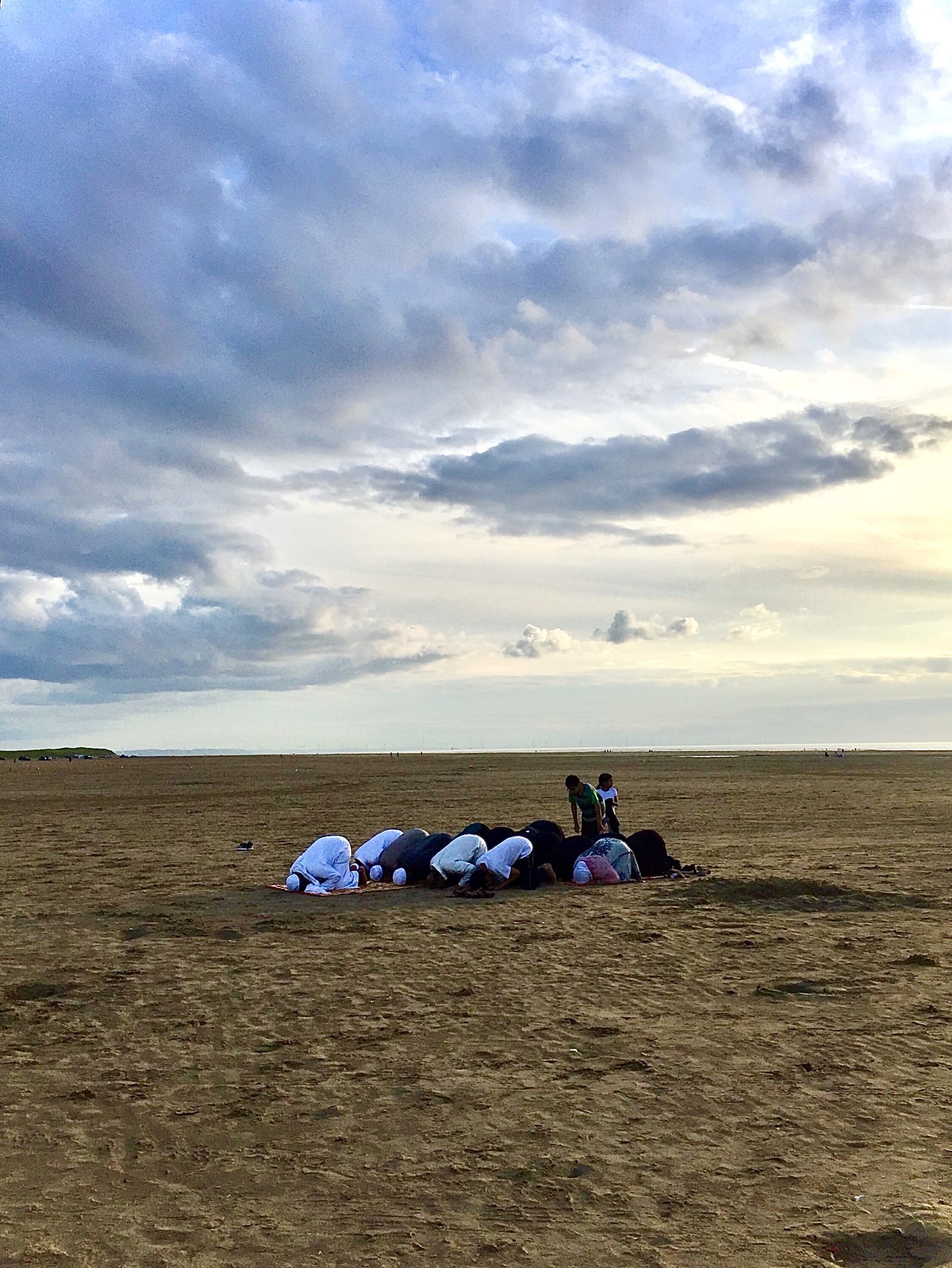 Foolish? Brave? Symbol of freedom of religion and practice? Creeping Sharia? Muslim family make beachgoers uncomfortable? Sniffing Sharia Sand? Muslims pollute the beach? Opportunity for an Islamphobic attack? Submissive women have to pray behind men? *So much noise when all you want is 5 minutes of silence.* Why does someone visibly praying in a public space make some of us feel uncomfortable and challenged? What is it about visible ‘otherness’ that it invokes such a strong reaction in people that it compels us to stare or say something provocative or become threatening and violent? Why are we so scared that we have to look for hidden corners and changing rooms so we can become invisible and have safe spaces to pray in? Muslims are obligated to pray 5 times a day no matter where they are or what they are doing. Living in the UK as a visibly practicing female Muslim, finding a space to pray means being aware of the rhetoric out in the media and experiencing it in the streets. After internalising it, 5 minutes of peace and silence for prayer becomes almost impossible. Picture taken at a beach in a British town popular with the far right.

Praying in Public,
https://onaysapatel.com
PreviousWhat makes a year?
NextWhat if our dead are heard through us?