How are our personal choices in life discouraged by today’s social expectations, and how does this present unnecessary pressure on our personal wellbeing? 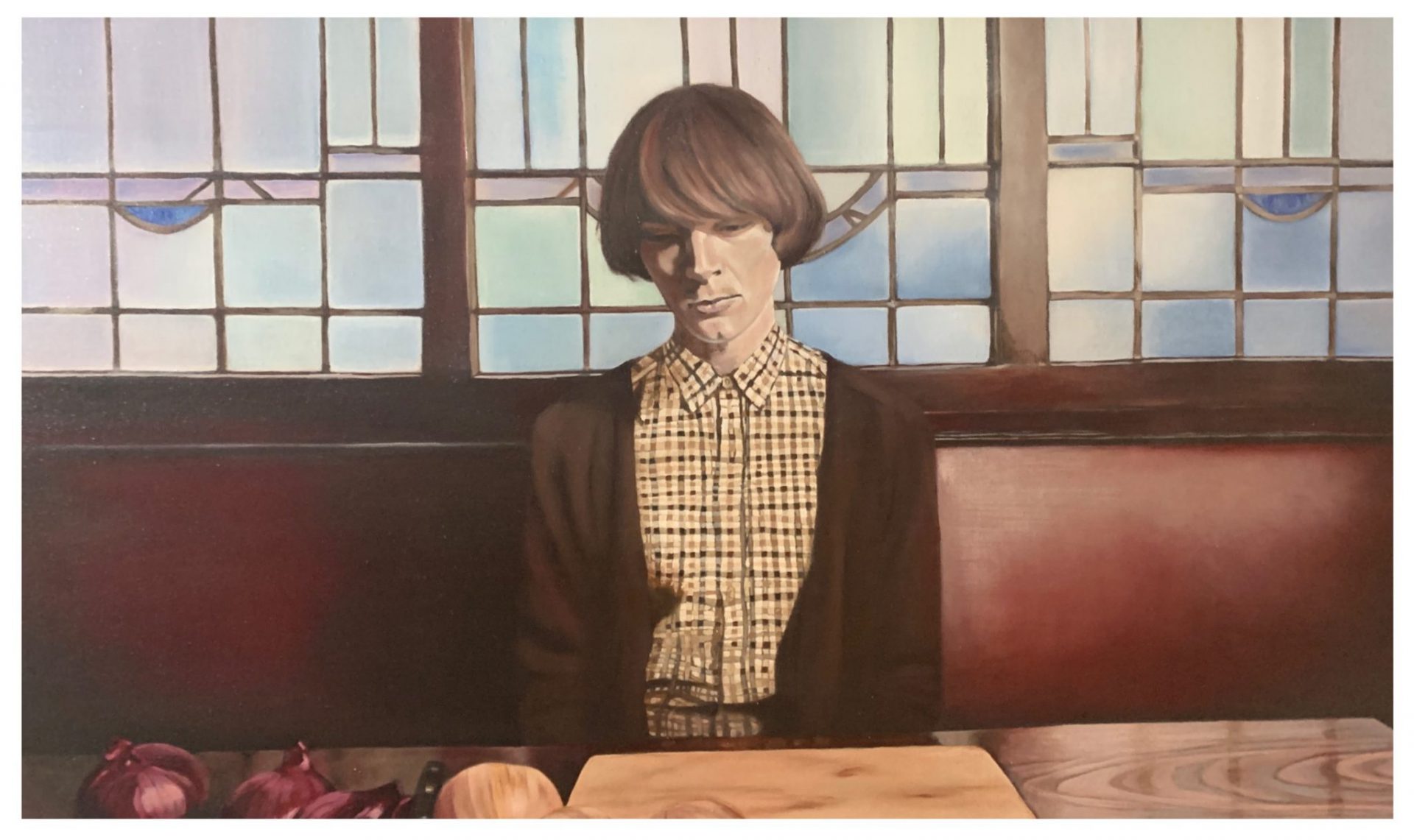 Jack faces a dilemma in which consists of life changing choices. Jack remains unsure on the path to which he faces. Within his mind, the voice of his mother is contrary to the voice of his father. Jack is burdened by societies expectations and the pressure of conformity.

The stained-glass windows present light, however, the outside world remains unclear. Jack’s eyes gaze at the onions beneath lacking sparkle or excitement. His complexion pale, his energies deprived of sleep and his mind overdriven by what the future holds.

Jack’s shirt is buttoned fully, and his hands remain out of sight with a sense of restriction and a lacked ability to move. The knife is placed barely in sight… can he see there is help?

The onions represent different layers of life and their colourings highlight choices. Will Jack be able to move forward, allowing himself to overcome his fears and overwhelming feelings? Will Jack allow himself to reach out for the onion, to peel back a layer exposing his new step in life?