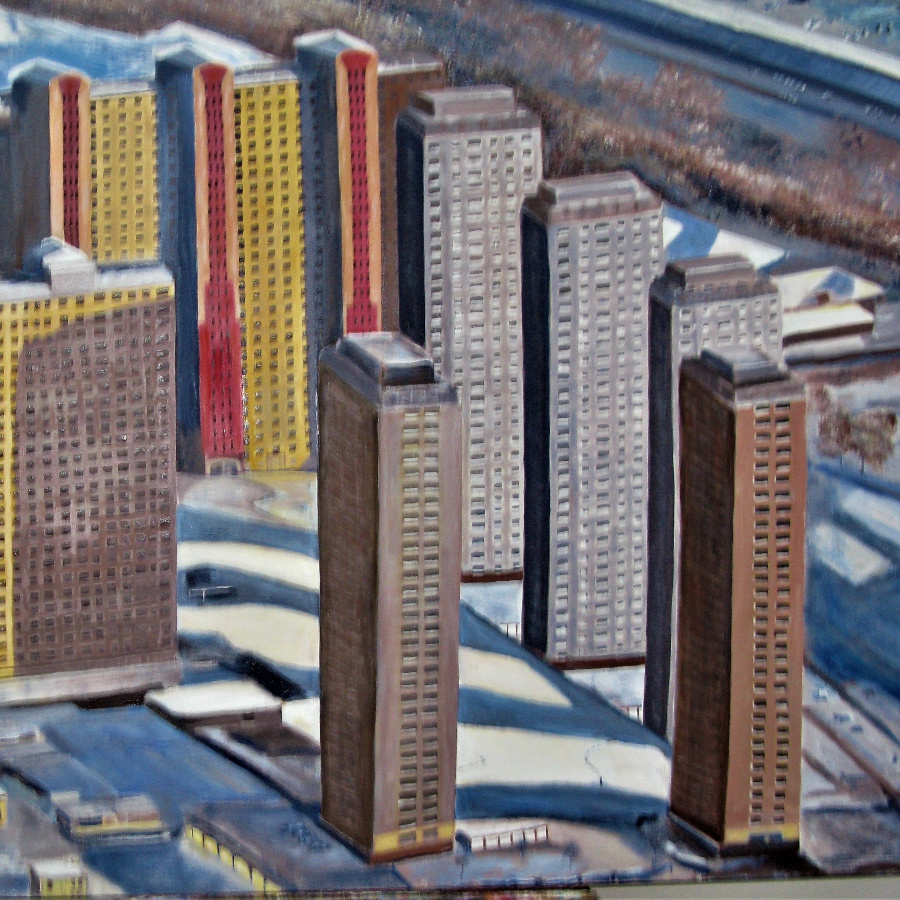 Previous entryDoes Utopia Exists in Agartha?
Next entryWhat If You Were to Go Forest Bathing?
January 11, 2022 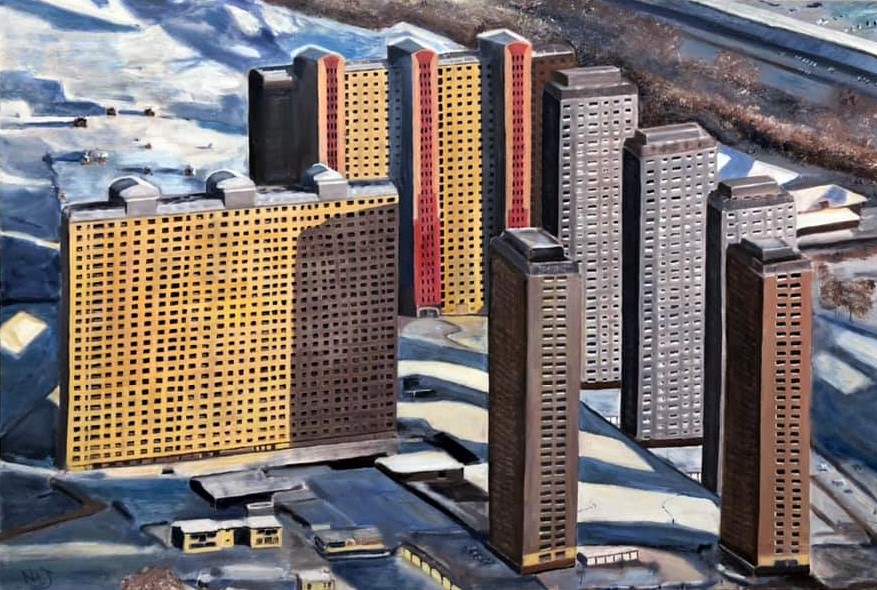 The painting is painted from a photo I took on a scheduled flight back to Glasgow on the 7th December 2010. Like the famous ‘Windows in the West’ by Avril Paton in this painting, ‘Windows Feast in the North East’ the windows are set against the beauty of fresh snow. But here, the brutalist architecture and dark shadows dwarf the barely visible human element. All the faces are invisible behind the thousand plus windows. I lived in one of the blocks of the Red Road Flats for two years. A large part of one block was designated for students. Another block for nurses. The rest for anyone. My time there brought me much joy and a violent exit. The flats were well constructed but poorly served with few shops, transport and scant entertainment. Even so, many former residents lamented their explosive demolition – initially misconceived as an opening to the commonwealth games. This housing scheme was designed for the less affluent – constructed quickly and at huge density with little surrounding it. But communities were created and the views were great.

https://www.nigel-johnson-nij-fine-art.co.uk nijfineart
Share
Read More
Next entryWhat If You Were to Go Forest Bathing?
Previous entryDoes Utopia Exists in Agartha?