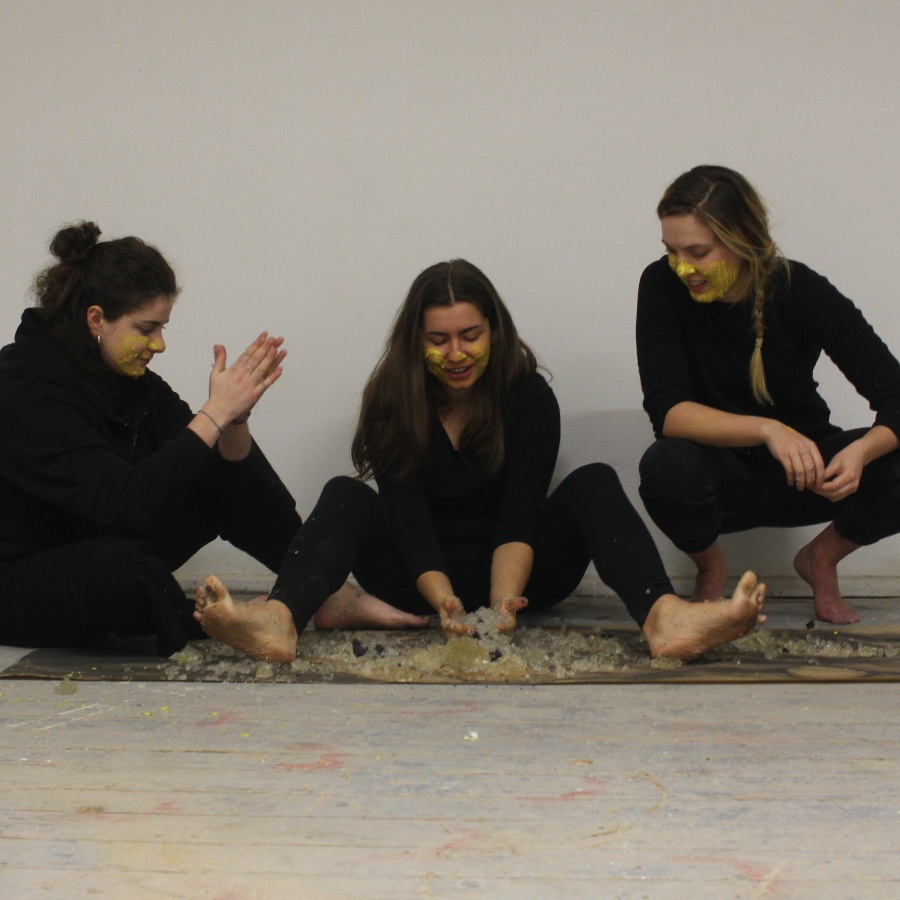 Play video
Have women artists become edible yet?
Previous entryAlongside its gift to be made and viewed, can a painting also gift us with a new sense of self?
Next entryAye, I ken far I am. Know what I mean?
January 30, 2020

Have women artists become edible yet?

I have been investigating the concept of communal metabolism as a way of depicting the problems faced by women in the art world. This performance portrays a group of female artists struggling to masticate gelatinous foods, the moment in which they can swallow is controlled by an independent narrator’s script. This relates to the conformed stance women must adopt in order to be heard within both the artistic community and society itself. The participants have been stripped of their armour as they perch barefoot in the dust and undergo a seemingly mundane task that slowly becomes distressing as the time goes on. Generations of predominantly patriarchal art history decrees that in order to become publicly validated, women must distort their works and behaviour into an eroticised product or dismiss sexuality altogether. I have utilised the sexualised element of this piece and converted it to empowerment. This work aims to abandon the preordained desperation for approval and instead focus on the determined rebellious mindset that has become essential for women to succeed within contemporary art.

sophietempleton
Share
Read More
Next entryAye, I ken far I am. Know what I mean?
Previous entryAlongside its gift to be made and viewed, can a painting also gift us with a new sense of self?