Have we come full circle? 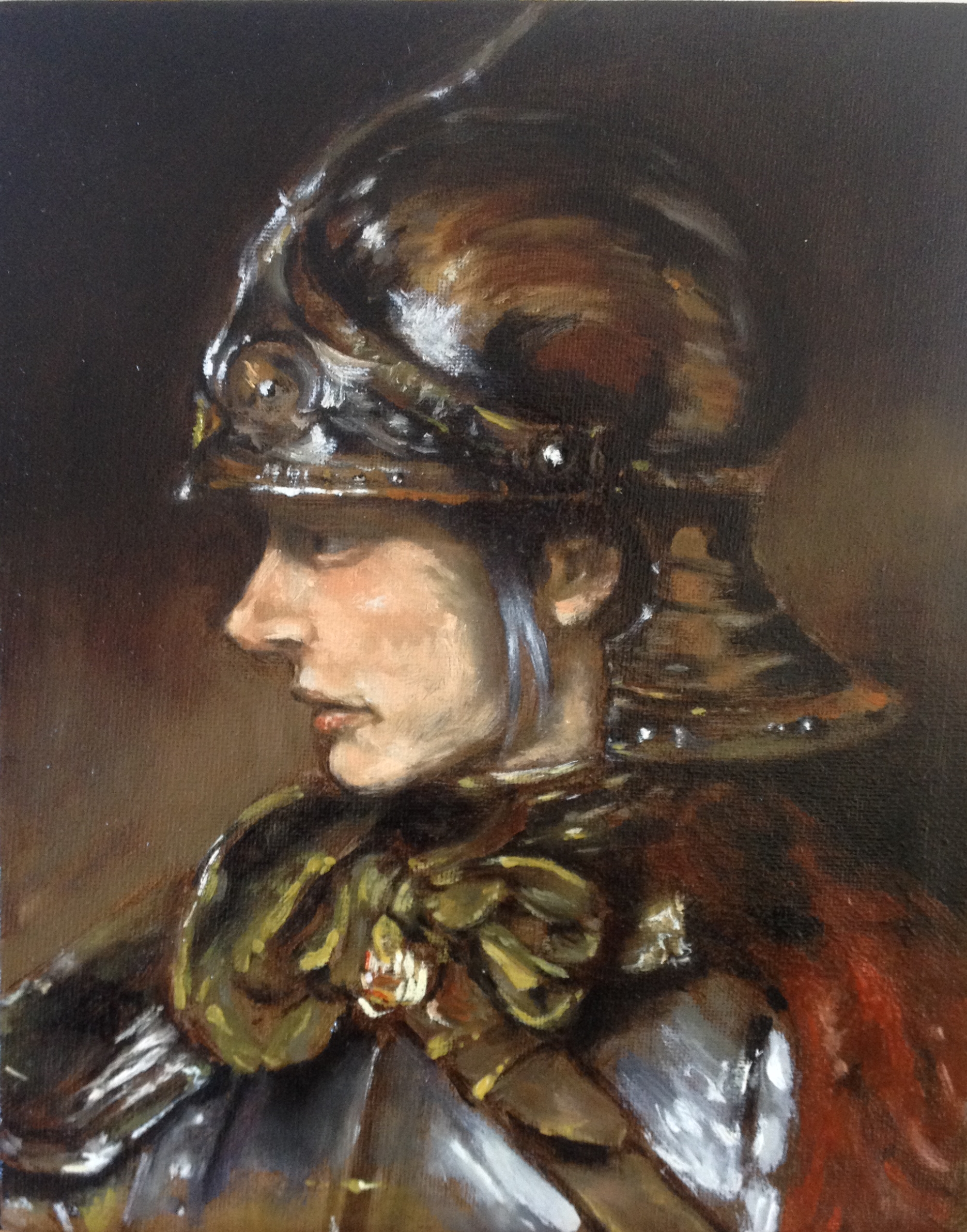 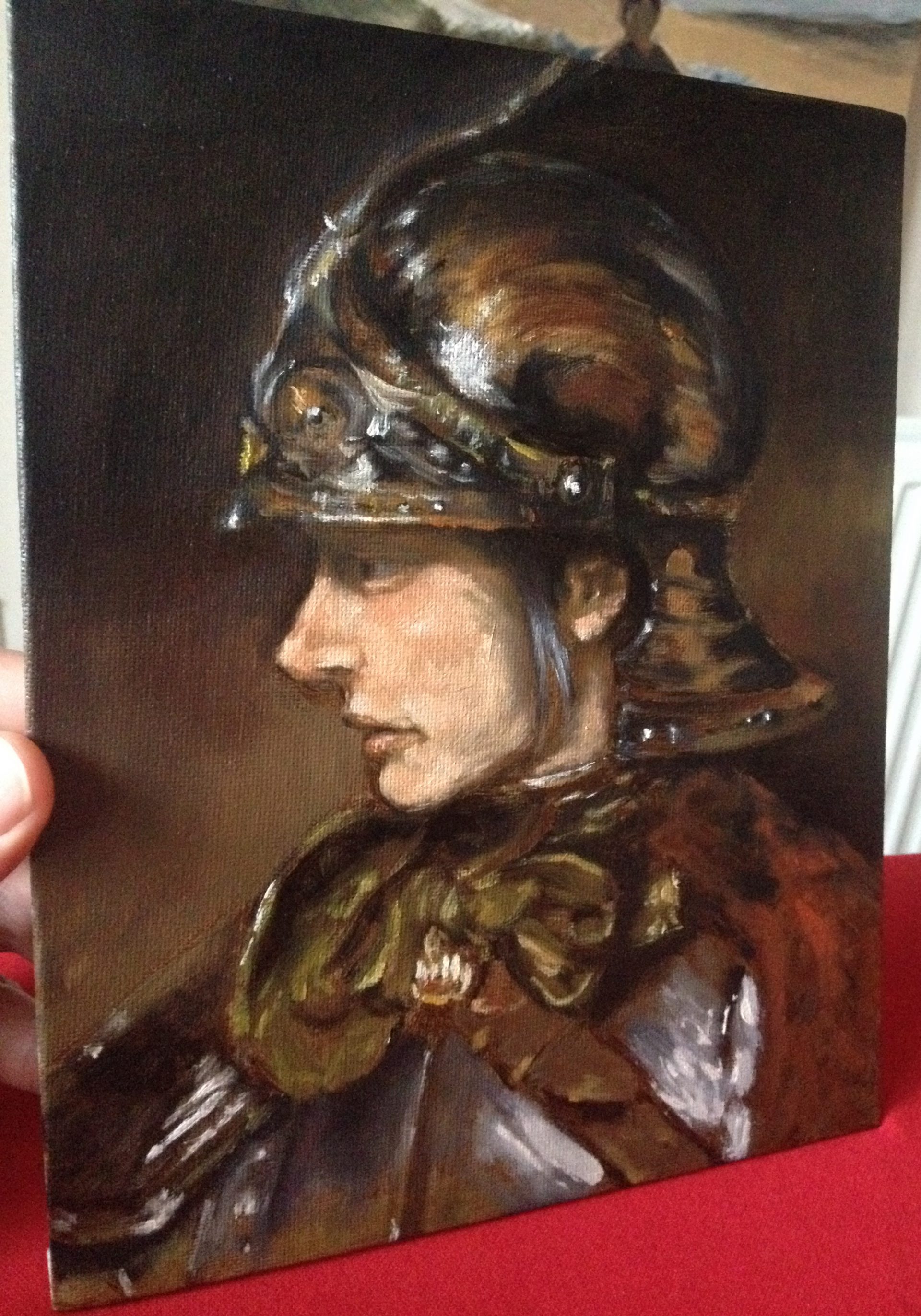 Fractured, decades in thought unwoven,
in far descendant hills.
Shattered, scattered,
together, piece me my love.
By strength and will; marshalled me once more.
Old faith, revived i tribute
Berate my fidelity no-more.

When Rembrandt did this painting, art experts wondered if this was Athena, but later decided it was Alexander the Great, debating whether the face was more feminine or masculine. I painted mine more feminine, in a mans armour. The style of painting and issue of sexuality, the context of dress coming around in circles of time/history. Was there a period of time where sexuality and dress was accepted as equal, before the ages of prejudice, rule and religious dogmas became the next swing of beliefs. Alexander conquered most of the known world, and with that changed it, with each subsequent conquer did sexuality change as well? We know art changed over the ages, and social traditions re-written by wars, in the 21st century have we eventually come back to ourselves?

Woman in armour, 2019Oil on canvas board10 x 8 inches
https://colinmowat.co.uk
PreviousWhat is home?
NextCan we all adapt?