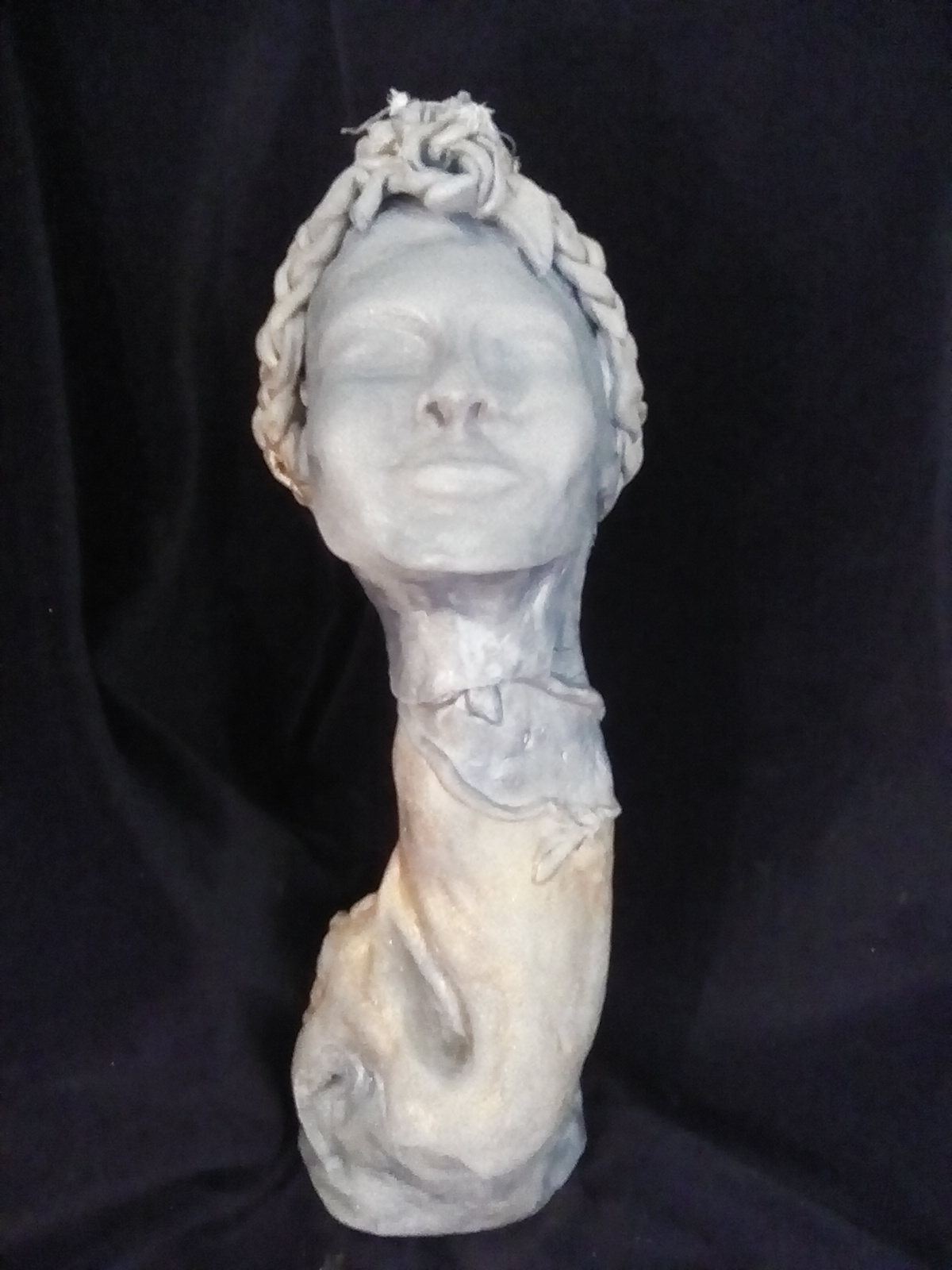 For my piece I chose clay and spray paint. When I started the piece I had no vision or intention of what it might become, I had no tools to use only my hands so I simply started to mould. Over time it took many forms some would vanish as quick as they appeared, others mutated and added a sense of meaning in my mind but only the forms that could hold their ground would remain. When it began to dry to its decided final form,parts had broken off others I removed but fully dry had the look of being unfinished which left for my still potential. The head,hollowed out represents mans infinite space for conscious expansion within when man focuses on the exterior. The face has many expressions for me judgement pride all of humanity s possibilities always changing depending on the observer. The body became almost a representation on evolution and the creation or pure novelty. All that seems left was a breath inhaled through the nostrils and it would animate . I Was left wondering has man mattered enough?

Clay Man Man Made, 52 cm h 15 cm w 15 cm d
PreviousIs it possible for a student photographer to produce industry standard works with limited resources and equipment, especially while under a pandemic lock down?
NextIs it a sin to fall for one’s ill-treatment when we are supposed to look after each other?