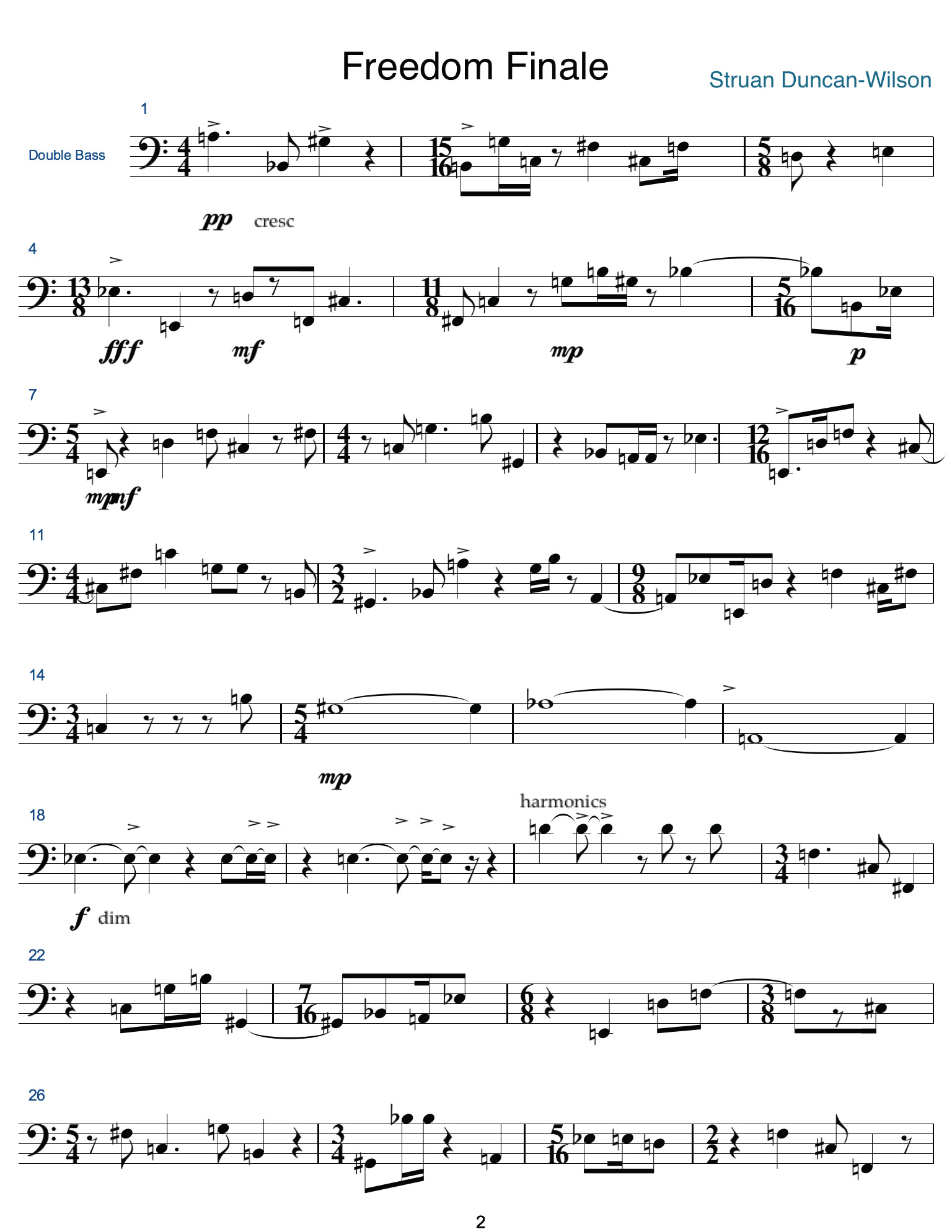 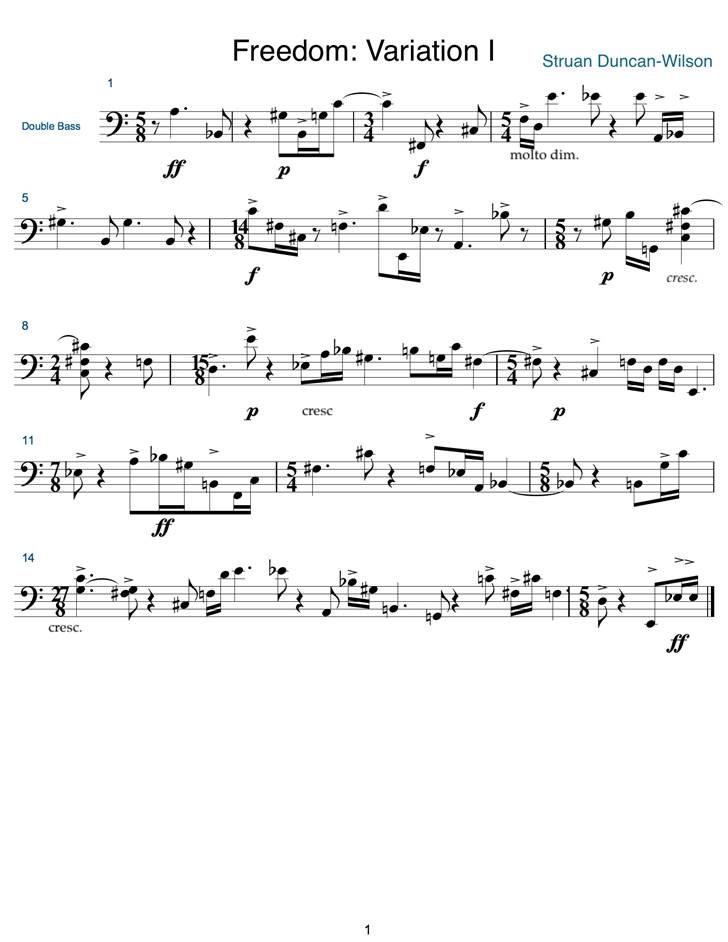 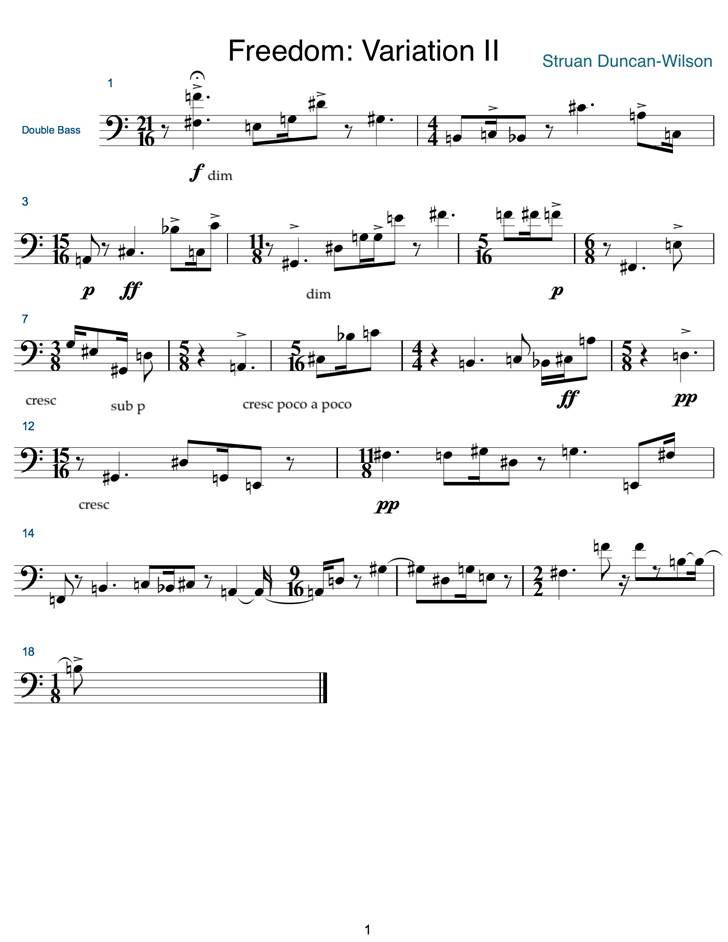 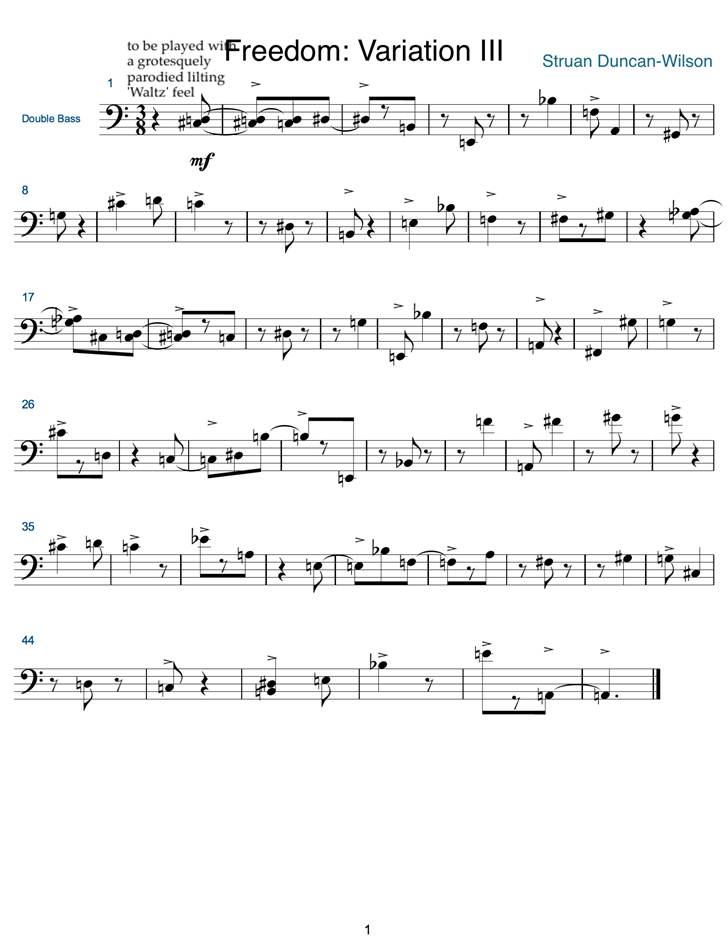 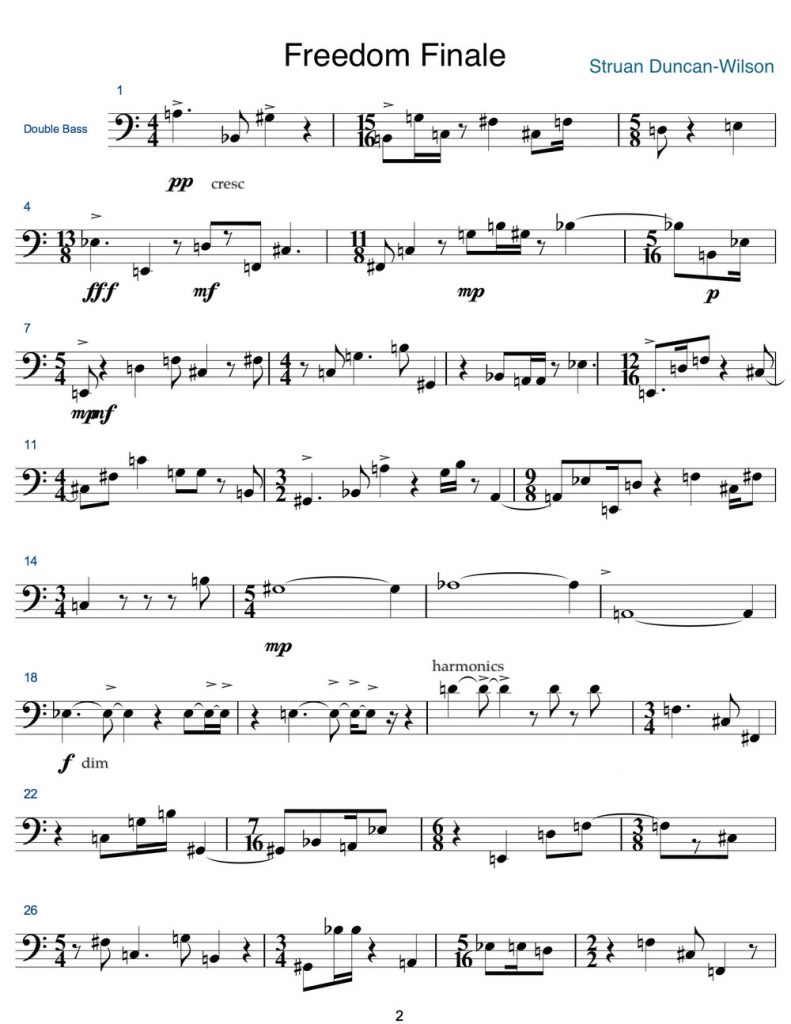 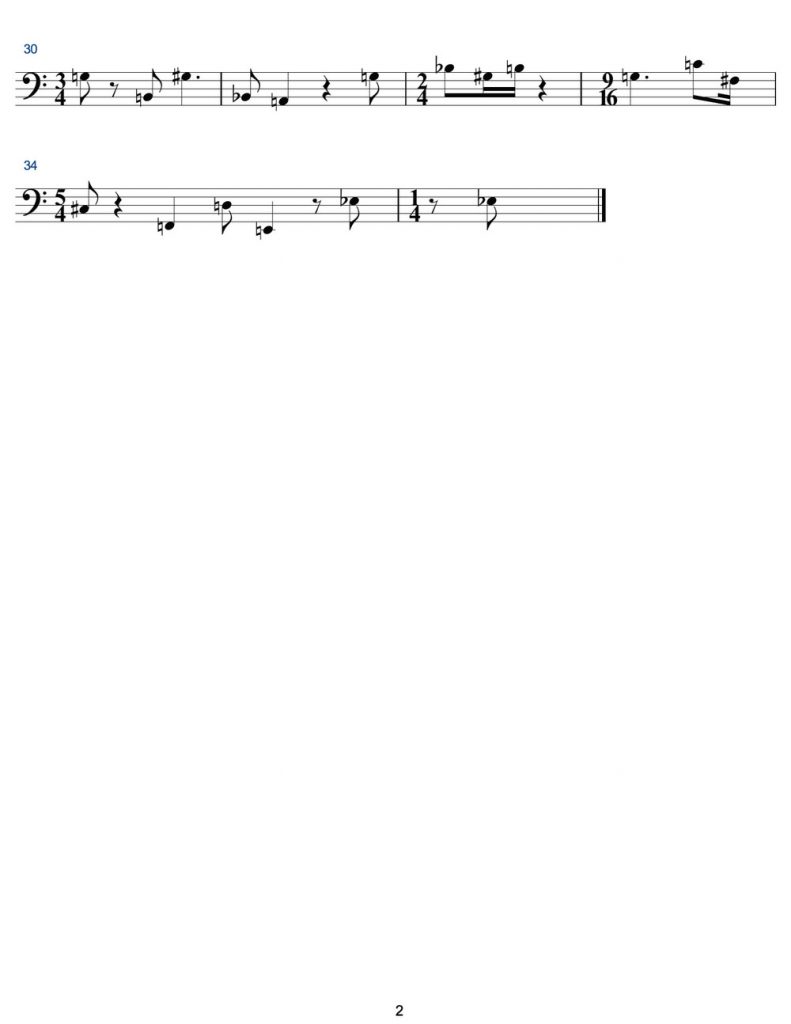 The Freedom Variations & Finale were written primarily as an expression of my thoughts on the nature of a struggle for freedom and equality. The bulk of the Freedom work was written whilst I was visiting a close friend who moved abroad last year and whom I hadn’t seen for ten months; the last time I saw her, she was very unhappy and felt extremely alone. When I saw her again, she looked happy and healthy, surrounded by friends, and my only regret was that I hadn’t been a larger part of that process. I think that wistfulness and bittersweet feeling when I had to leave to come home has partially infused the music. A fight for freedom will never be an easy task, but at the same time, small victories must be seized and celebrated, and an excess of sobriety will only make the struggle more onerous.

The work was structured around a single Tone Row, a unique arrangement of the twelve harmonically accepted notes of the octave. This Tone Row was used for all four movements in the work, modulated two full tones upwards between each. This means that the row which was used as the kernel of the finale, modulated upwards by six tones, is the reverse of the initial incarnation of the row, symbolising the ultimate victory; for the reverse of oppression is freedom, incarceration the opposite of liberty.