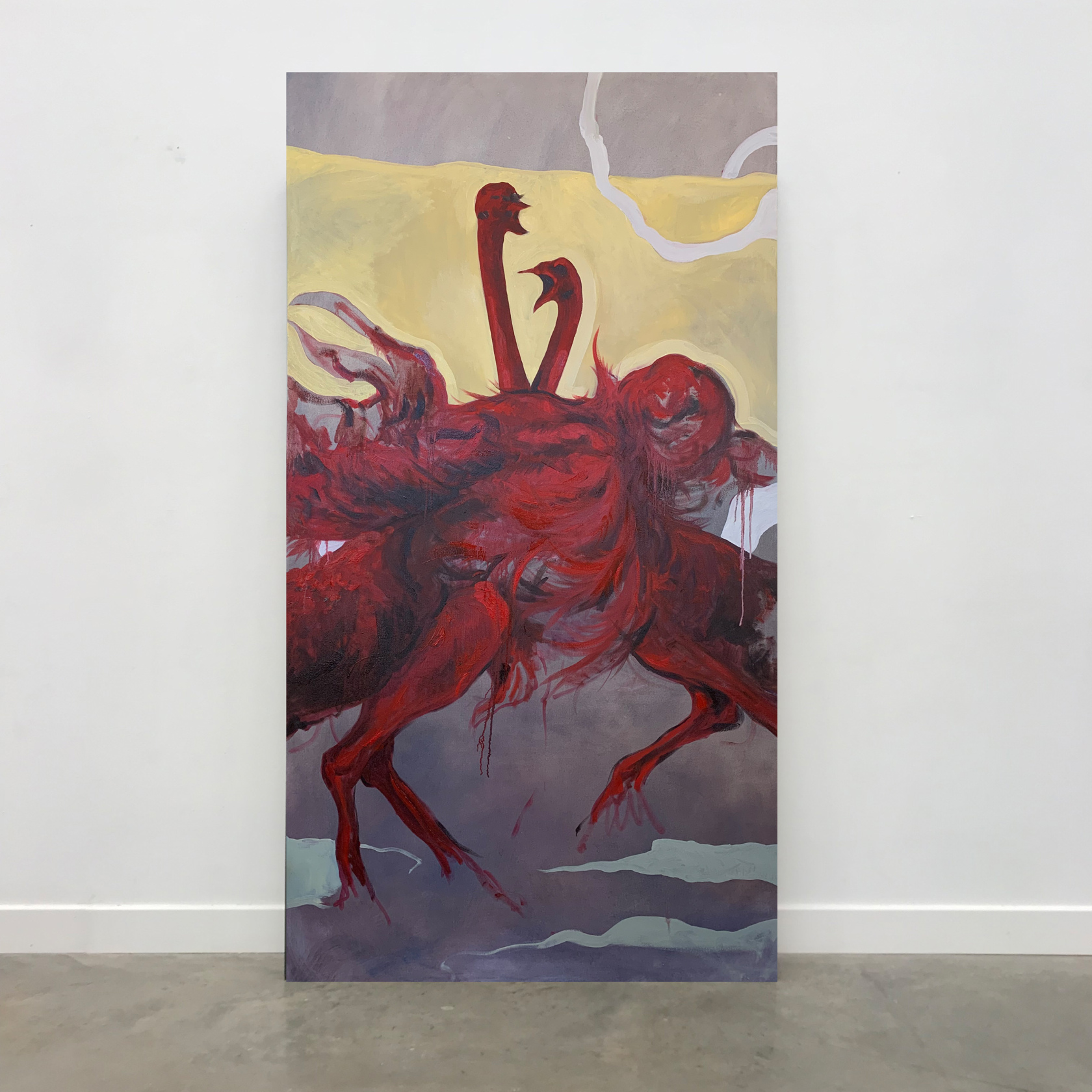 Earlier this year, a study found that if greenhouse gas emissions continue at their current pace, ‘Our’ Earth’s temperature will rise by four degrees Celsius by the end of the century, threatening one-sixth of the world’s species with extinction. Reflecting upon the uncertainty of the worlds current economical future in terms of climate change and extinction ‘Devour’ (I dare to call a protest piece) explores this dystopian ‘dog on dog’ world we are destined to inhabit or in turn not. With world leaders discussing or in some cases choosing to ignore the future of this planet, the over riding feeling of frustration is something I personally choose to not suppress. Having attended Extinction Rebellion marches, I chose to create my own political imagery which I hope yet haunting is also deeply moving. What kind of world are we creating for future generations? What would that world smell like? feel like? sound like? I hope, in turn that through some small action my voice can inspire thoughtfulness and some consideration for the place we all have the privilege of calling home.

Devour has been showcased at an Extinction Rebellion event, ‘Poetry against Extinction’ and Teviot Row House debating hall and has been exhibited at the Whitespace gallery in Edinburgh.

https://oliverfjjones.com/
PreviousWhat do I want my family to know if I disappear?
NextWhat is your engagement with the environment?