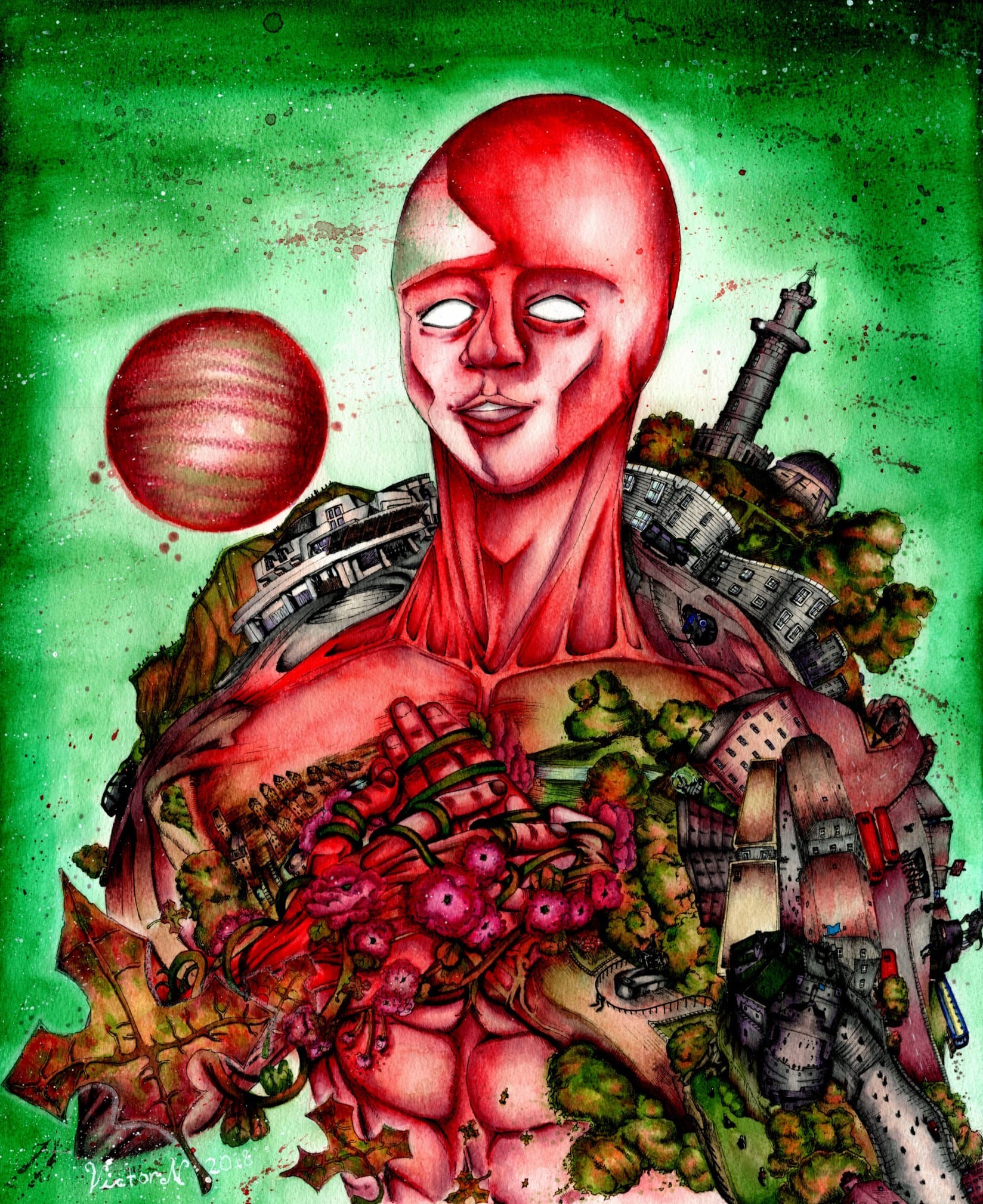 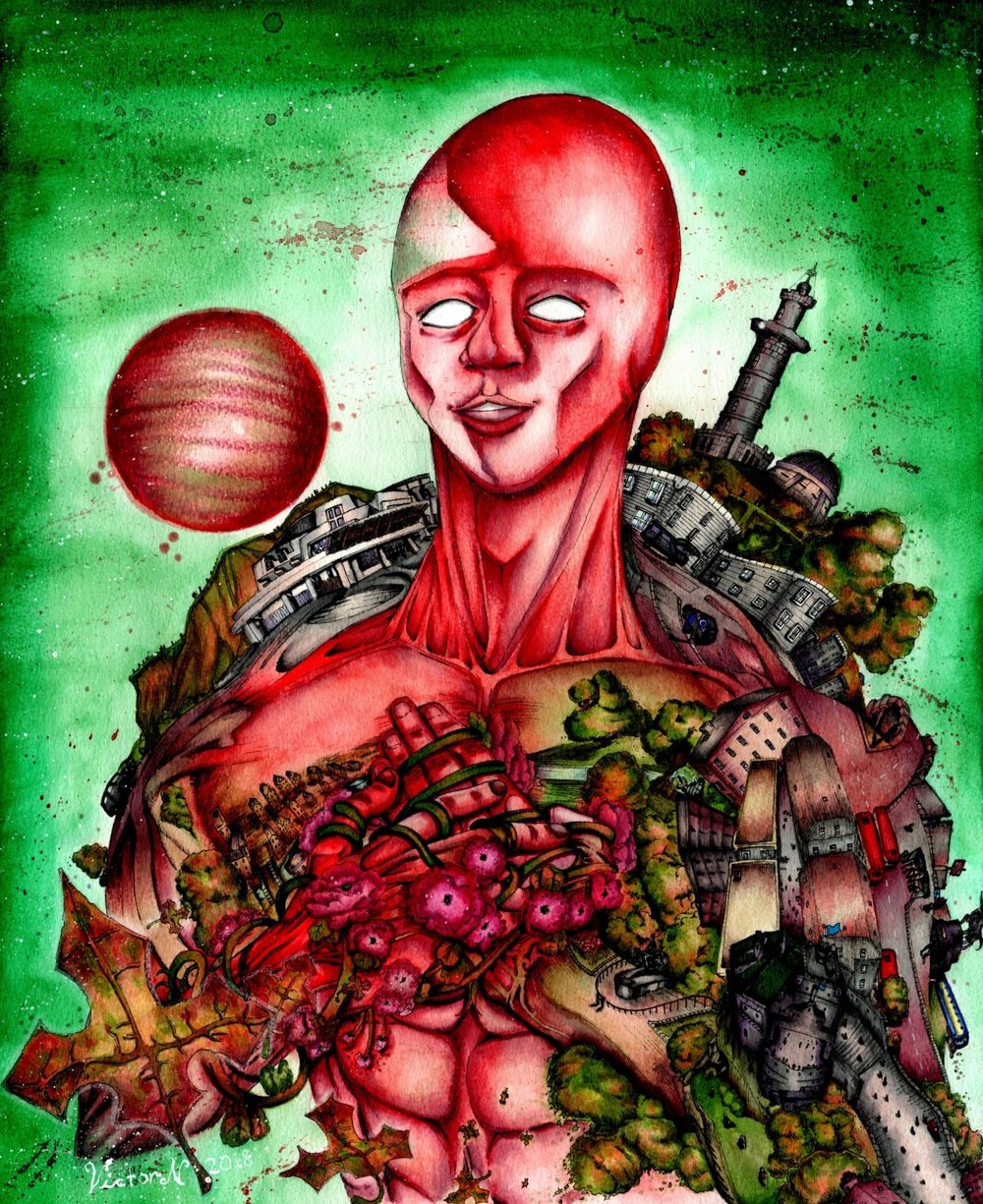 This drawing came from the idea in how modern society finds itself tangled between nature and technology. The giant-like creature is a representation of an ideal human, someone that perseveres through this entaglement. Plants and branches are often found growing around concrete, in other words, they are inseperable, but beyond that there exists a fine divide symbolized by the clean giant. In this regard, he acts as a newcomer, still unaware of how urbanization and nature are slowly morphing and consuming one-another.

The pose of the giant, is reflected on my personal relationship to Edinburgh as a city. Being part of a series of individual pieces, the pose is supposed to signify a location of hope, something close to the giant’s heart, which by the position of his hands are inseperable by the flowers growing around them. Being originally from Malmö in Sweden, I found a close serenity in Edinburgh, one that made me appreciate its exterior and reflect it through the giant’s empty eyes, but optimistic smile.

The green and red colors are complementary in order to emulate a radiation around the giant, giving the illusion of warmth and highlighting areas with vegetation.