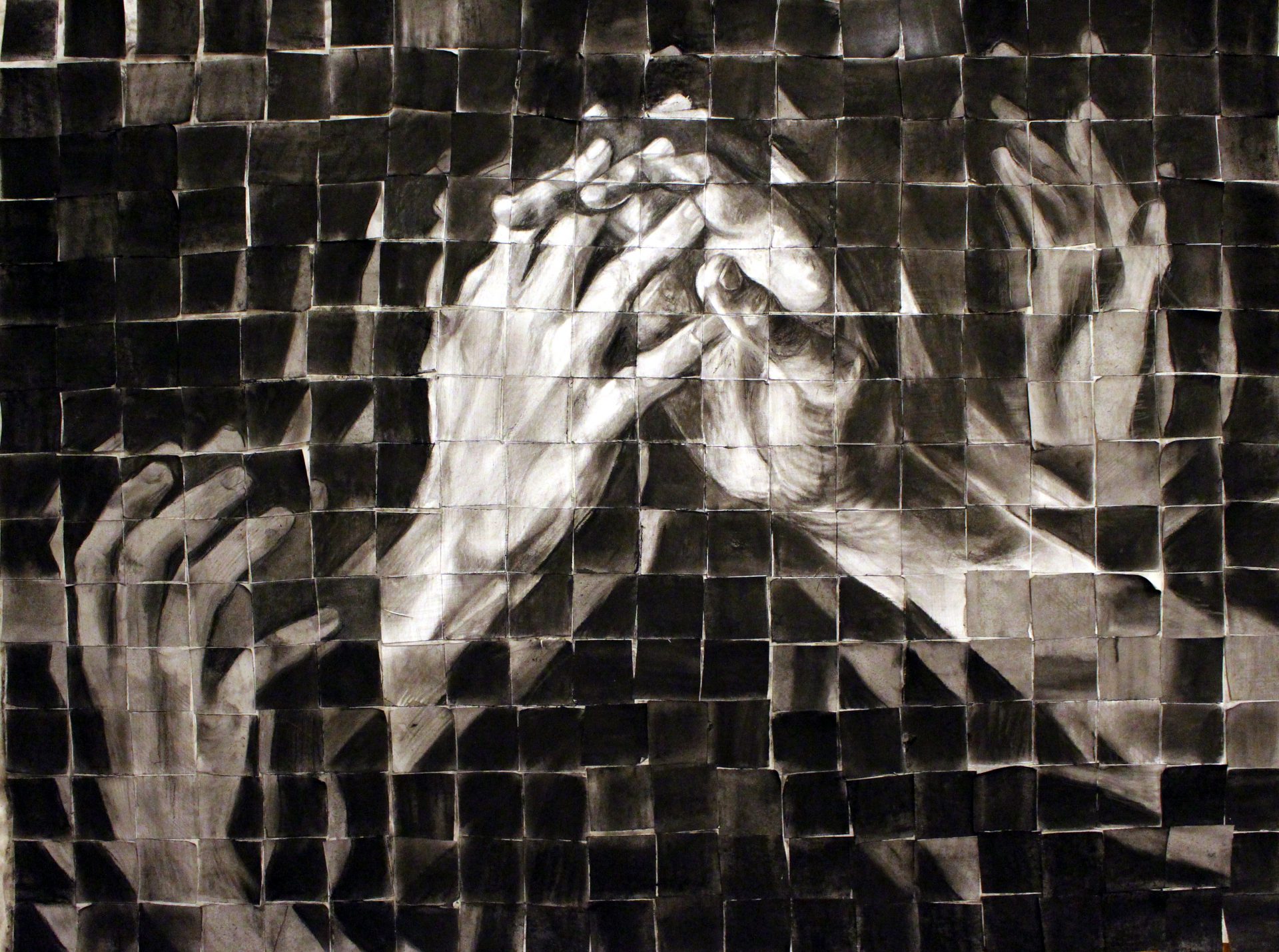 The first to be felt and the one that will forever bond us to the world- touch. The sense of the physical contact appears even before we open our eyes. Touch, available to everyone, defines one’s presence and the integrity between people and the world.

Touch is not limited, and moreover, it is a universal language. Touch voices what words often cannot state- deep feelings; empathy; love, support. Touch is intimate, build on trust, thus touch is real and precious. It helps us to build the connections with others.

Touch is not restricted by our body and by the movement. Touch can be fleeting experience, as when something evokes a deep feeling in us, we say that we are ‘touched’ by it. Thus, touch is not only literal experience. We can recall in memory someone’s touch, sometimes we can almost feel it; and the absence of the touch can highlight someone’s non-existence.

Lack of touch causes isolation from nature, from others, from the world. All forms of pleasant physical contact – no matter if from human or animals – are soothing for our well-being and our existence.

The touch appeared at once with the appearance of people. Discovered in 1994 the Chauvet Cave undeniably shred a new light of how we perceive the origins of mankind. Among the representations of hunting and wild animals running in the momentum, we can find an image deeply touching the heart of many. The rock with traces of hands done 33,000 years ago, highlights the presence of our ancestors stronger than anything else. Everyone can resonate with these simple marks, which are a symbol of belonging in the circle of life. Looking at it, we almost feel their presence and the bond between us and them, the psychical touch of a human on the stone.

‘You, Me and the space between Us.’ Is a work considering the value of the touch and its uniqueness. The drawing is built from 340 squares highlighting how many steps, small contacts and feelings it takes to build a relationship with the world and with the others, which as a result defines being a human. The aspect that I was trying to show through this work is touch as a limited by the time psychical contact, but also as an experience that last much longer or even stays with us forever.

You, Me and the space between us, 2019Charcoal, pencils, paper80x60cm
https://www.facebook.com/SalSusanart/ SalSusanart salsusan
PreviousDid I lost in the big words?
NextIs everything for a better future?