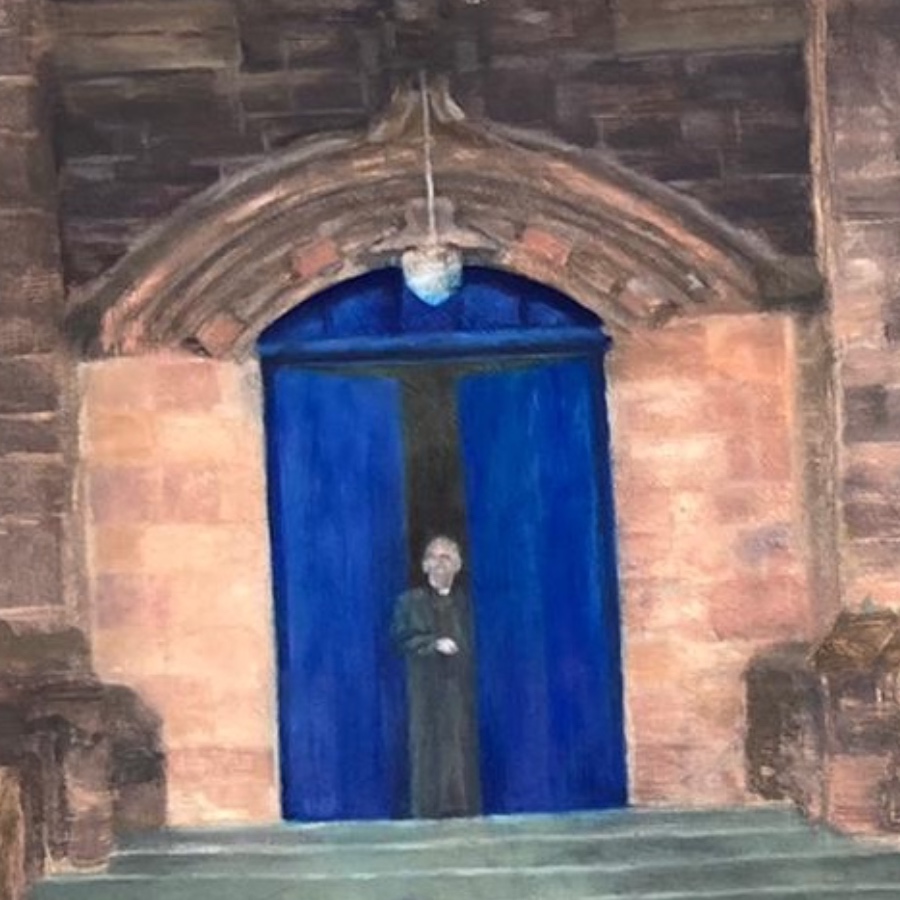 Does The Teacher Know More Than The Student Does? 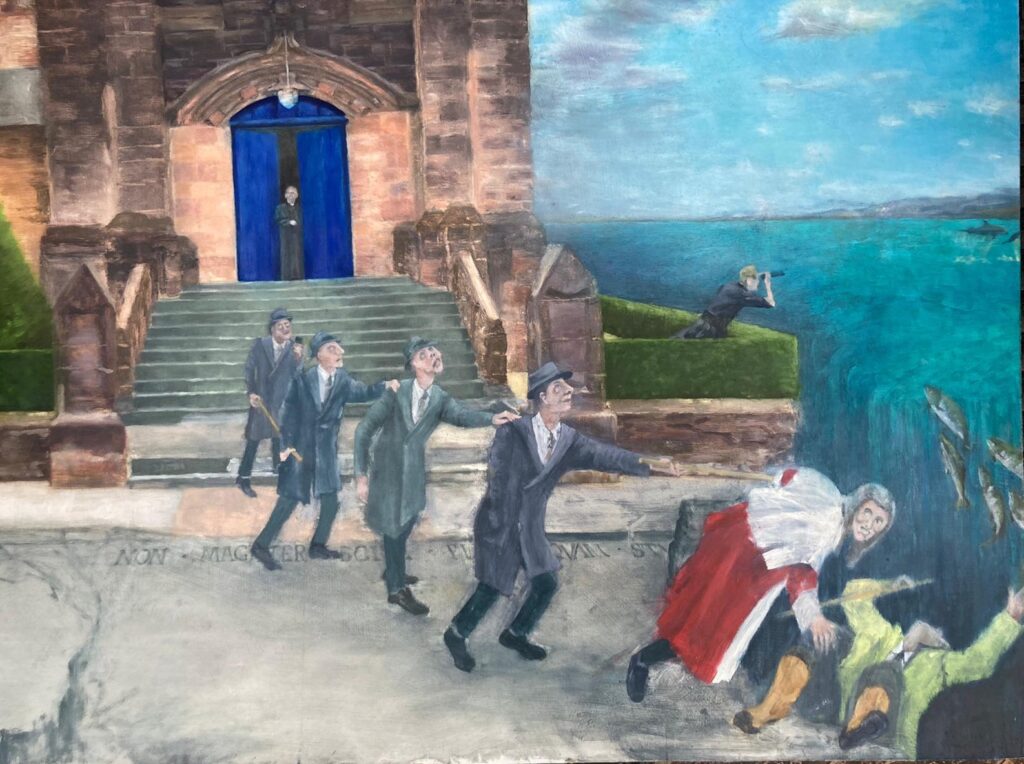 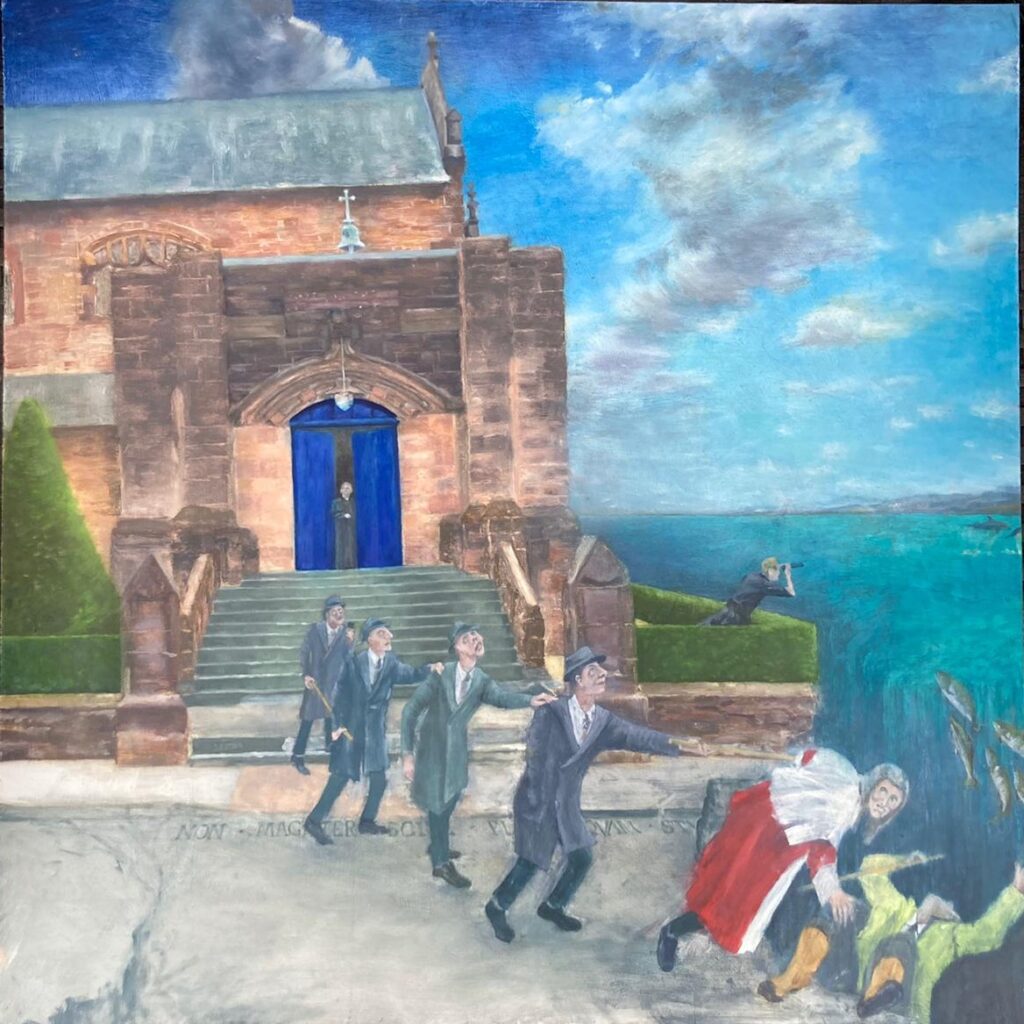 Oil on boardDoes the teacher know more than the student does?, 202261cm x 61cm

Beyond the knowledge needed for life who were the first teachers & how did they gain their knowledge & make it known. A teacher needs to offer a good story line to the student in return for their belief and this was offered by the church with the promise of an after life. So some became tellers of knowledge while the rest received it & everyone spoke the same language. Humans moved in a common direction which allowed enterprise and then money to be made. Business kicked in and here we are! The blind leading the blind in the quest of money. So the church became central to my painting & the followers somehow became Bruegel’s “the blind leading the blind” and then the painting took over & a glimmer of hope appeared on the horizon. Maybe the truth is so blindingly obvious that we are too learned to comprehend it. Teachers teach what they have been taught to keep the industrial cogs turning but there is a universal knowledge that all humans inherently know before it is taught out of us by the teachers. So given freedom & the chance of reflection the student can know more than the teacher.