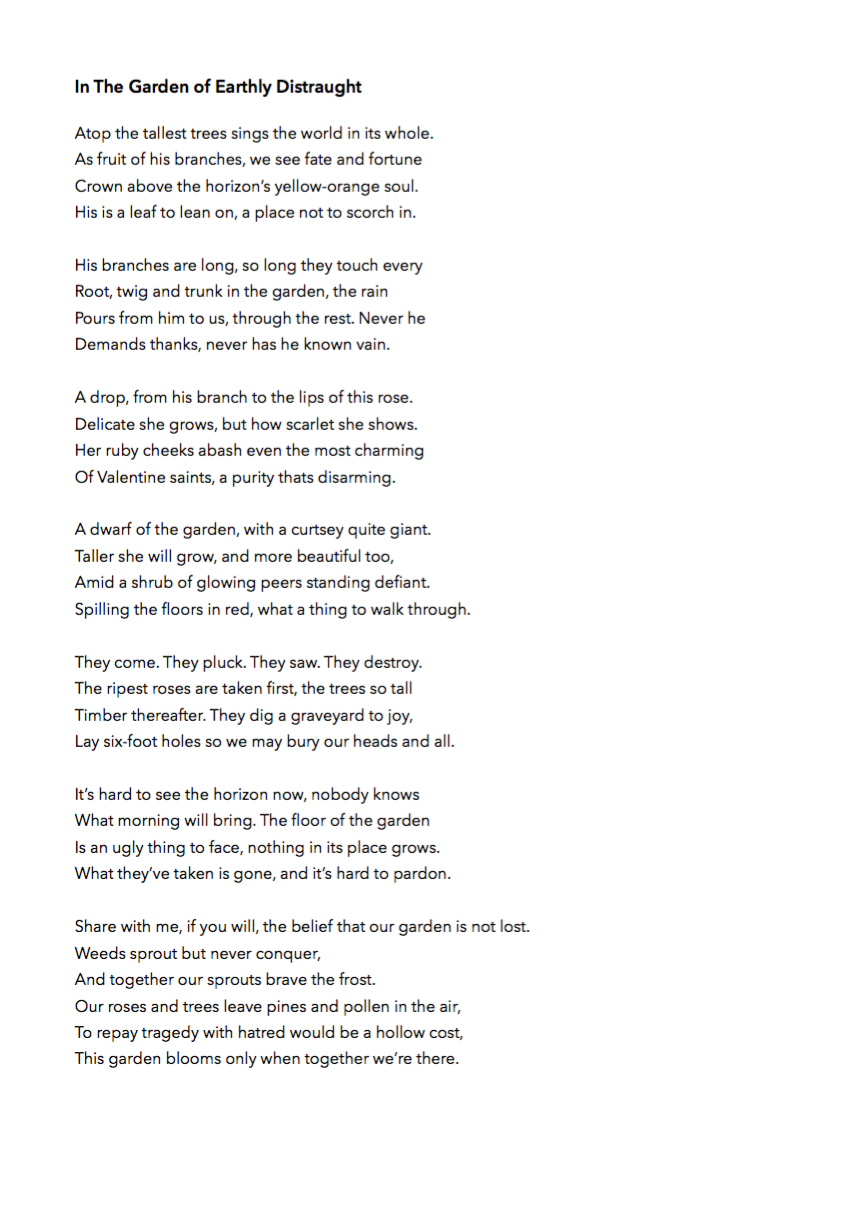 Does The Media Play Into Terrorism’s Hands?

‘In the Garden of Earthly Distraught’ is a testament to, and a plead for, humanity and communal harmony. It was inspired by the lives lost in the terrorist attack at the MEN arena, as well as the reactions of the people of Manchester.

In the wake of the incident it was shown that we are a people capable of great unity, empathy and care, as well as deep xenophobic prejudice. These attacks are a blight on humanity but it is our reaction to the incident which truly threatens it.

Manchester prides itself in character and culture, a community of people who are appreciated all over the world. In the days after the attack, their reaction suggested perseverance, but the reactions of the media the world over inspired hatred.

We live in a time of relentless dismay, with a government and media that will gladly generate and harness hysteria in order to tear communities apart. My poem preaches a means of braving any coming storm that does not involve turning against our neighbours.