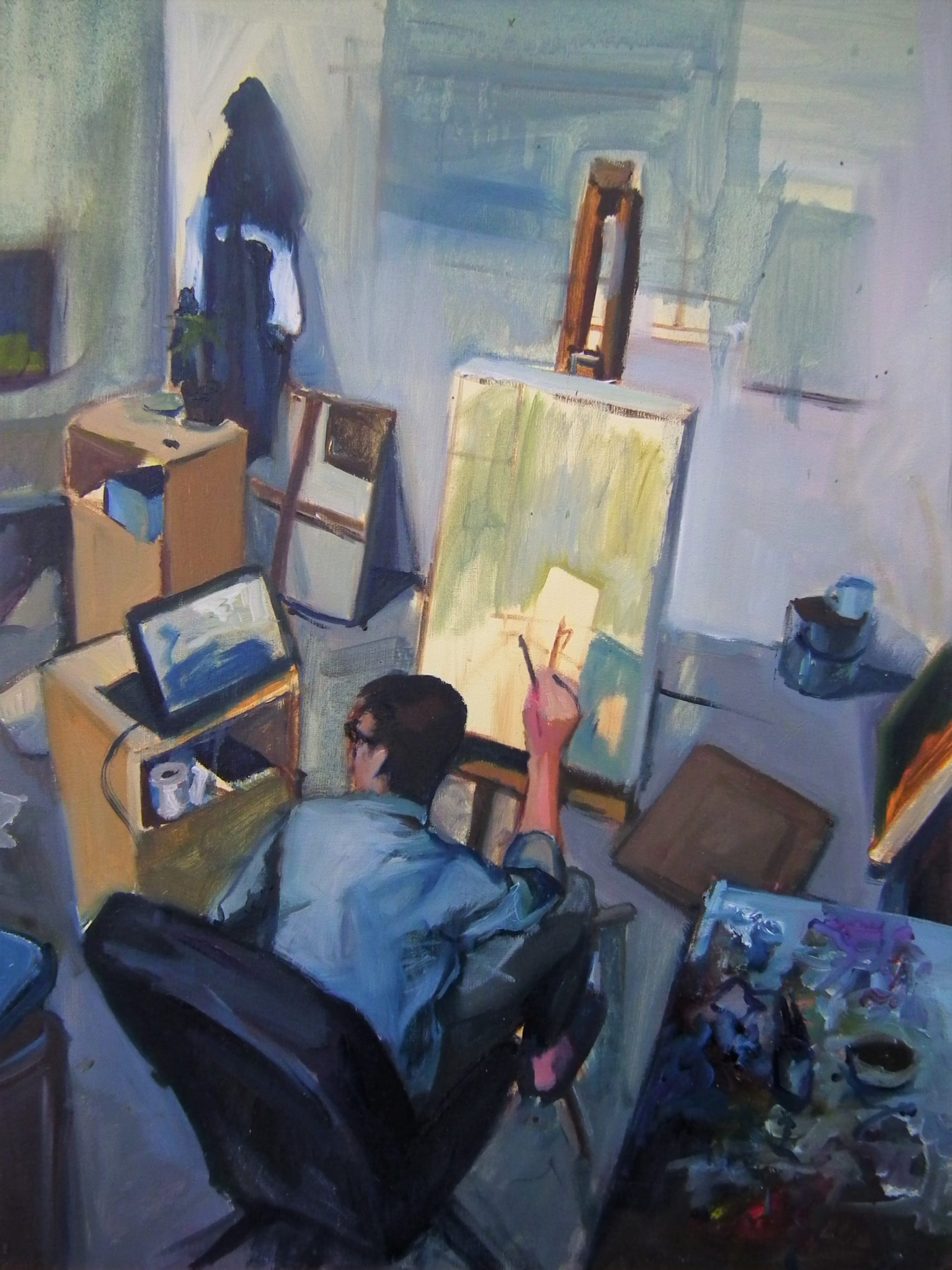 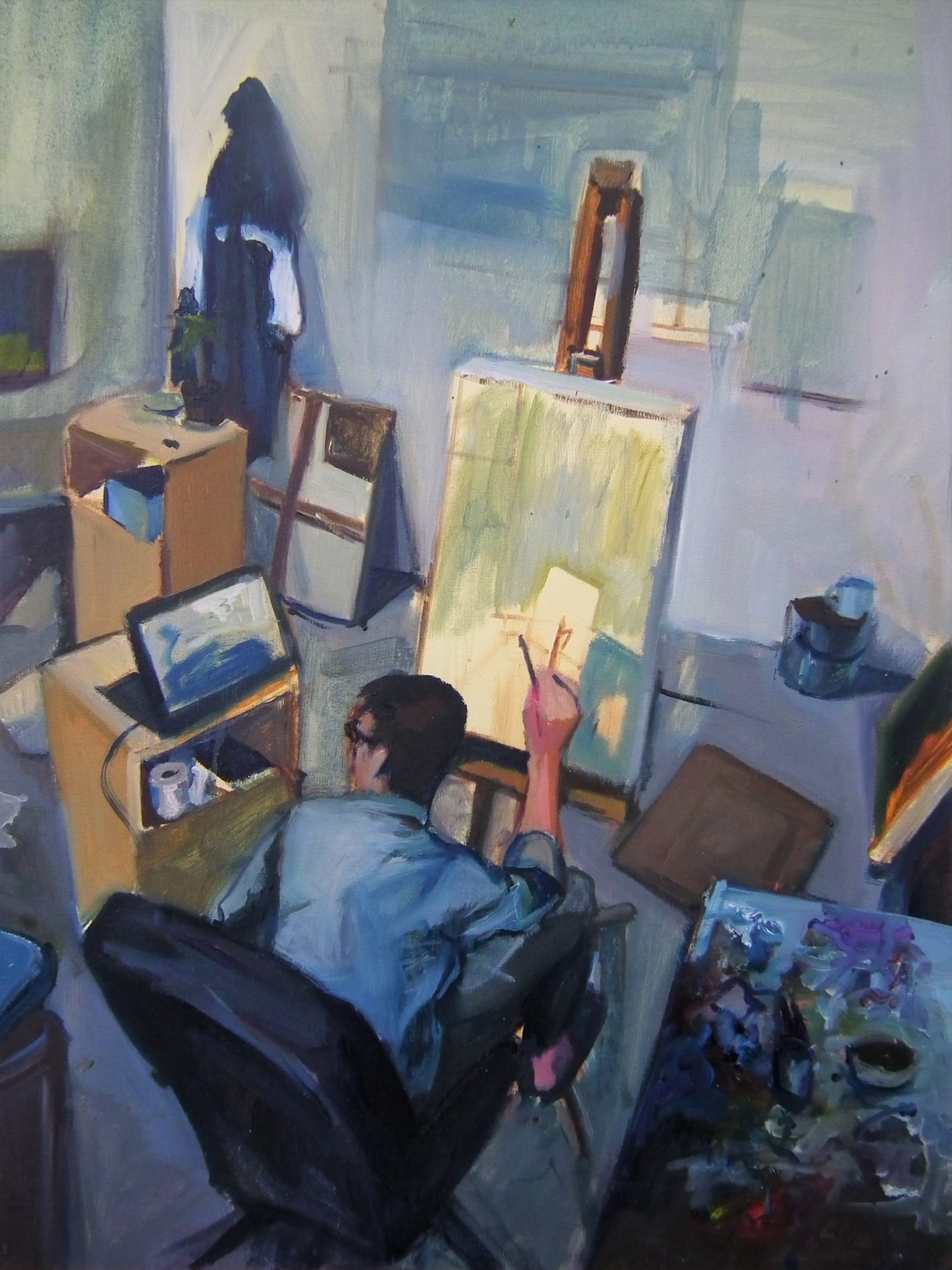 I am interested in the notion of disassociation and the idea of not feeling like oneself and technology’s role within this. With this piece I aimed to subvert the notions of self-portraiture to explore this, by moving the viewpoint from a mirror view to a disembodied third person perspective where it is as though the painter is spying on himself.

To paint this portrait I set up a live video feed of myself in my studio by video-calling myself on my phone and painting from the stream on my laptop. This was a surreal experience as it was effectively the same principle as painting from a mirror as one would in a traditional self-portrait, but there was a strong sense of disconnect. The perspective and the latency of the image on screen made it feel like I was controlling a character and my actions almost did not feel like my own, and it was the technology that had brought this disconnect into play. This brought to mind the way we essentially control avatars of ourselves on social media etc. and the way that they represent us, but the avatars we control are a separate entity to our corporeal bodies.

Third Person Self Portrait, Oil on Canvas
lucajguarino
PreviousWhere are we living?
NextHOW DO WE MOTHER?