Does moving on or away heal you or the rest? 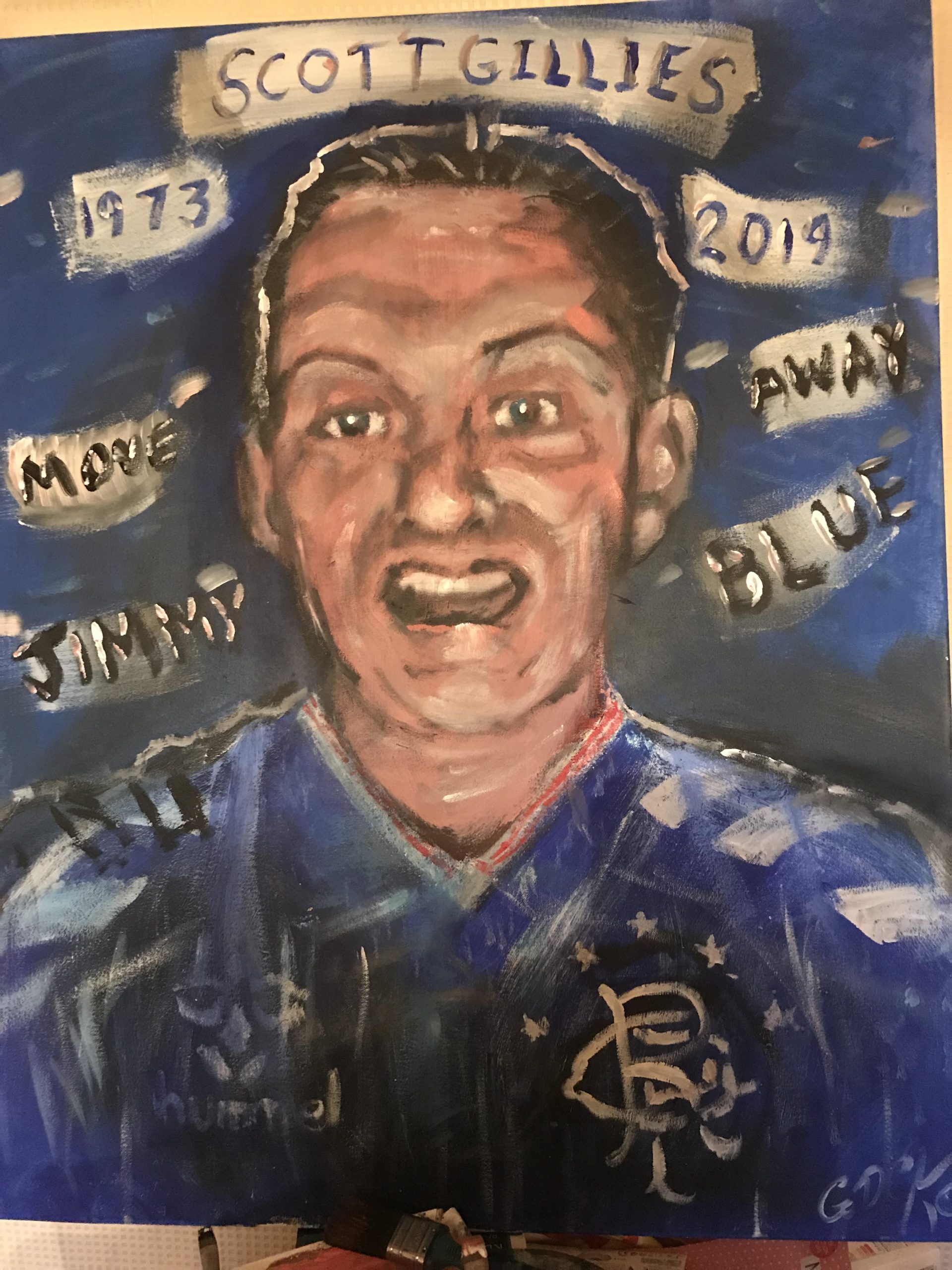 My cousin Scott died in June 2019 after a street accident. His obsessions were Rangers football club and the band Del Amitri. Strangely enough though, my side of the family being Catholic Celtic supporters, he got on with us best.
His favourite Del Amitri song was ‘Move Away, Jimmy Blue’ and after estrangement from his wife and daughters, he fixated on doing this. Soon after that, though, he lost his left arm in an accident and was pretty much grounded in his home town.
Since his passing, his ultimate moving on, I wonder that if there is an afterlife, he is happy. I painted him with his devilishly cheeky grin with which he’d greet jokes he loved or people he was excited to see.
The style is that of end-of-terrace mural art from Belfast and Londonderry.

Scott Gillies Away, 2019Acrylic on canvasApprox. 72cm x 94cm
http://www.boonybanny.com danielcunningham2606
PreviousBeauty…….but at what expense?
NextIs society really what it’s cracked up to be?