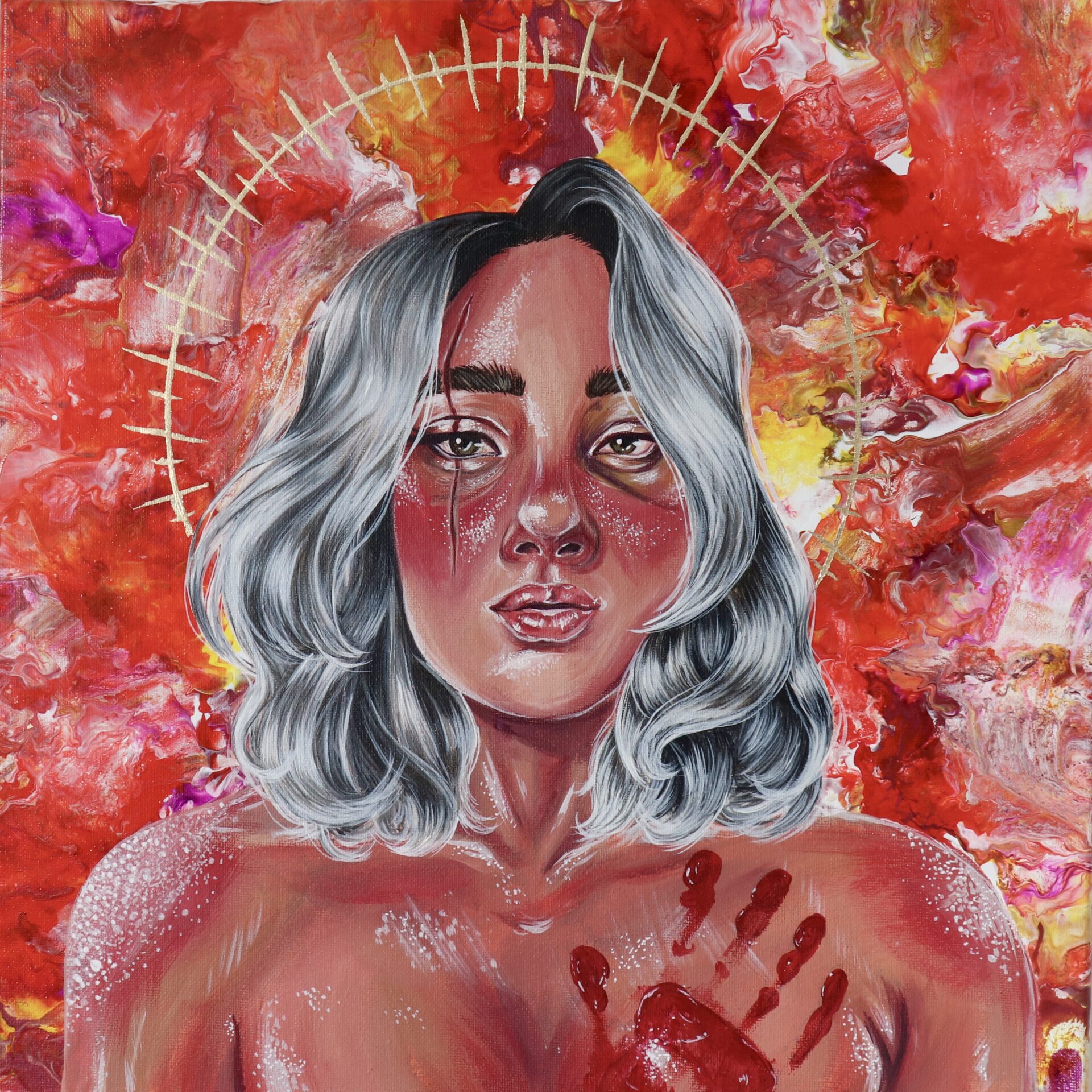 Previous entryIf A Drawing Is Empty Can It Be Inhabited?
Next entryIf The Stage Has Gone Silent, Have The Dreams Gone Silent Also?
February 17, 2021

Do You Wish I Were Never Born?

I wanted to convey the annotations that the title ‘Bastard’ comes with; …tainted, shamed and unloved. I wanted the subject of this artwork to appear physically flawed to reflect the misfortune of their heritage. Crowned from deceit and denial, their unborn body already tainted with the epilogue of unholy desires. The story of their life already written, they mean nothing, to no one, even before their first breathe. How could they possible mean anything with name as disfigured as their own. Can these marked souls create a life worth living, and can the masses surrounding them accept them for what they are, as devilish and as disfigured as they may seem. Or would humanity rather these beings were to have never come into existence, that they were merely that of folklore and storytelling. As to admit they are no less human than ourselves, is to admit we, the people, can find justification in the exile of a person with no control over their own fate and our moral compass’ is just as tainted as we perceive these Bastards to be. Would it have been easier if they had never existed?

rtoddartworks
Share
Read More
Next entryIf The Stage Has Gone Silent, Have The Dreams Gone Silent Also?
Previous entryIf A Drawing Is Empty Can It Be Inhabited?