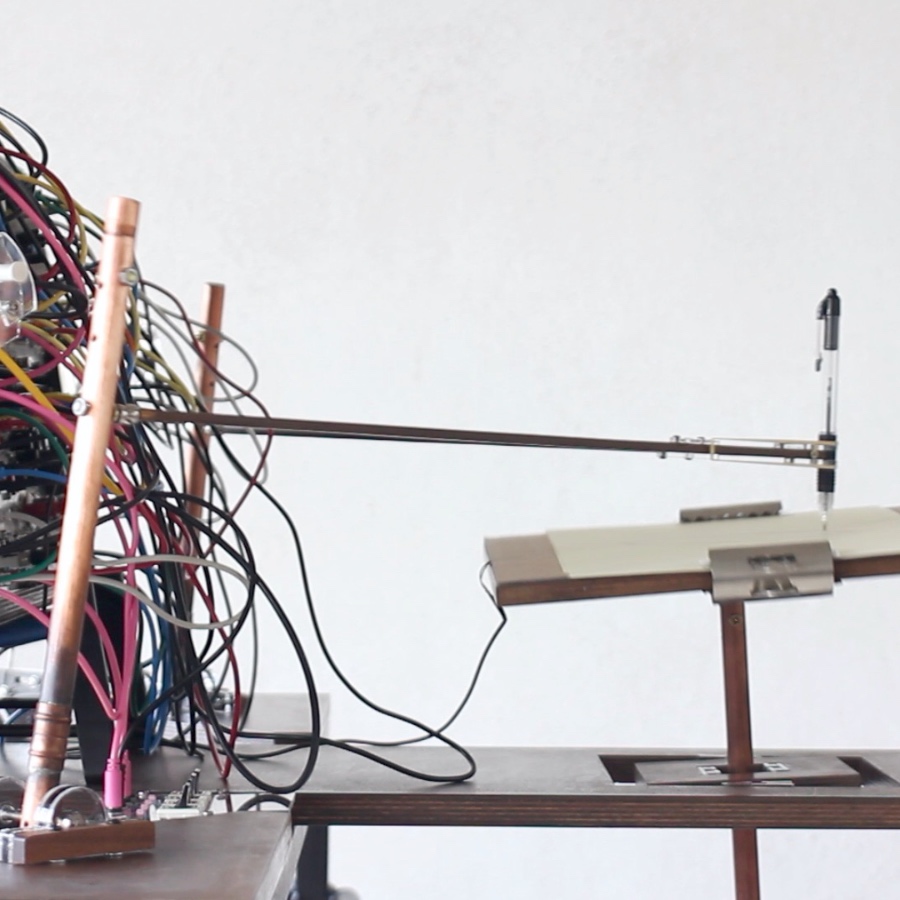 Play video
Do we still have the urge to wonder?
Previous entryWhere are you from originally?
Next entryWhat should people remember of me?
July 31, 2020

Do we still have the urge to wonder?

A harmonograph is an archaic, scientific device that uses pendulums to create illustrations of mathematical harmony. For this installation I built a harmonograph with sensors connected to each pendulum, which triggers a modern day synthesiser. Every time this machine makes a drawing, it also generates a unique piece modern electronic music. I made this installation to explore the beauty of harmonic motion and to try to reconnect with the physicality of old world science and wonder. The age of enlightenment is known as a period of philosophical and scientific revolution, out of which many such fantastical and clunky contraptions were born. There’s a childlike wonder in the real-world inventions of that era. With all our modern day digital accoutrements…do we still have the urge to wonder? In this film we see a machine that was invented in a time when we barely understood electricity talking freely to a musical instrument that uses electricity as its only sound source.