Do we carry home with us? 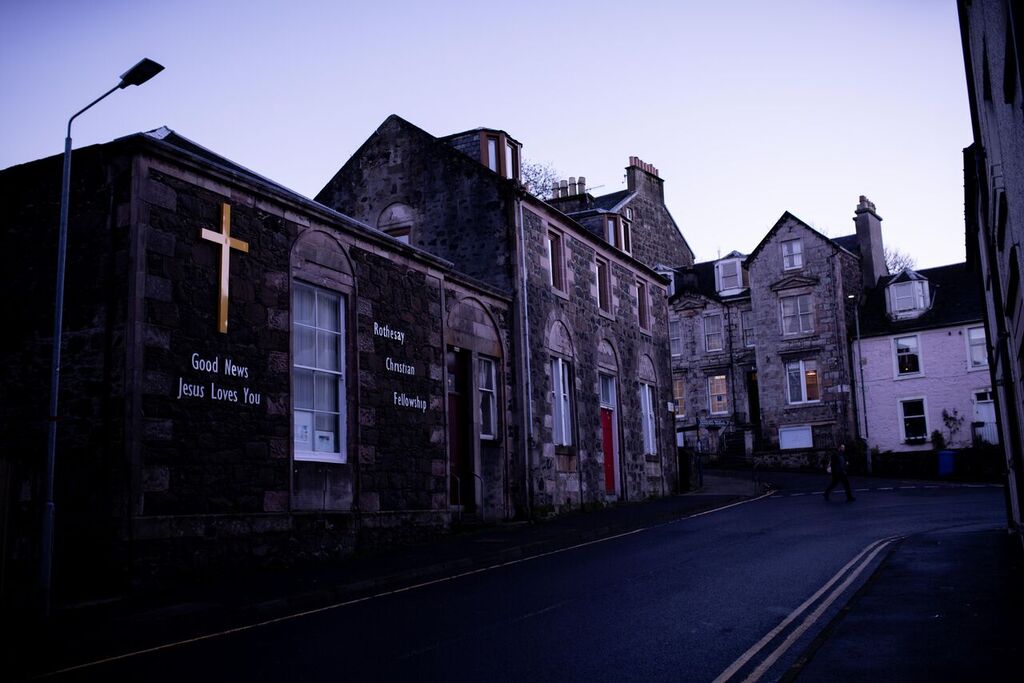 Over the past three years, 92 Syrian refugees have been resettled on Bute, an island off Scotland’s west coast. Many of these people came with nothing more than the bag on their back and the will to do well. They came to a chip of land 15-miles-long. They faced a stark depopulation rate, high levels of unemployment and an isolated island community. And they did it all against a backdrop of Brexit, the most dramatic expression of Britain’s stay-out-of-our-country sentiment in living memory. The story of their lives on the island is mainly a happy one. The overwhelming majority of the islanders gave them a good Scottish welcome and folded them into their lives as they would one of their own. But I wonder still about what it must have been like when they first came here. My blood can be traced in Bute’s history in the way the burns slide through the island’s soil. I feel its rhythms pulse under clock time, and if gone for long I hear the waves softly beckon me back. And, having moved to England for my education before returning to Bute after university, I am acutely aware that home is not carried in a compass. In this fictional account, I draw on many hours of conversation with my Syrian friends in order to try to imagine what it must have felt in their first moments on the island. In doing so, I hope to question whether we can make a new home when we carry our old one with us, and to share the story of their strength and courage with others.

PreviousWho is she?
NextWhat would happen if you kept going?