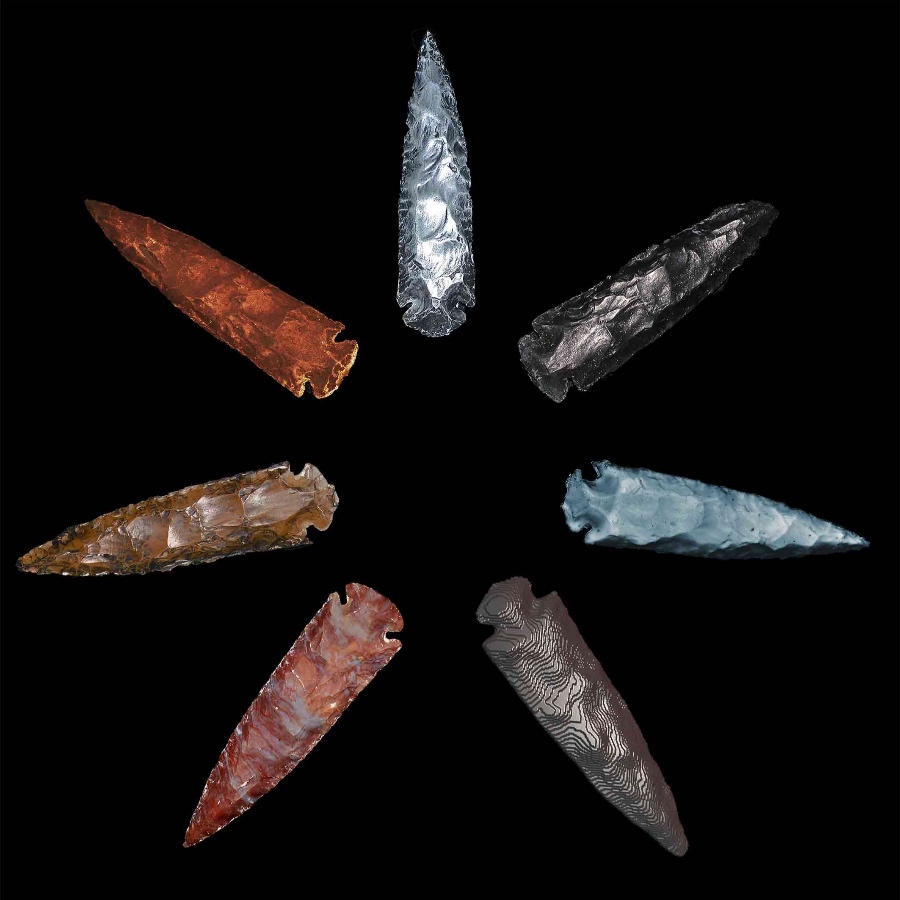 Previous entryWhy Have Our Bridges Been Burned and Over These Years What Have We Learned?
Next entryHow Can Art Schools Help Combat the Climate Crisis?
August 2, 2021 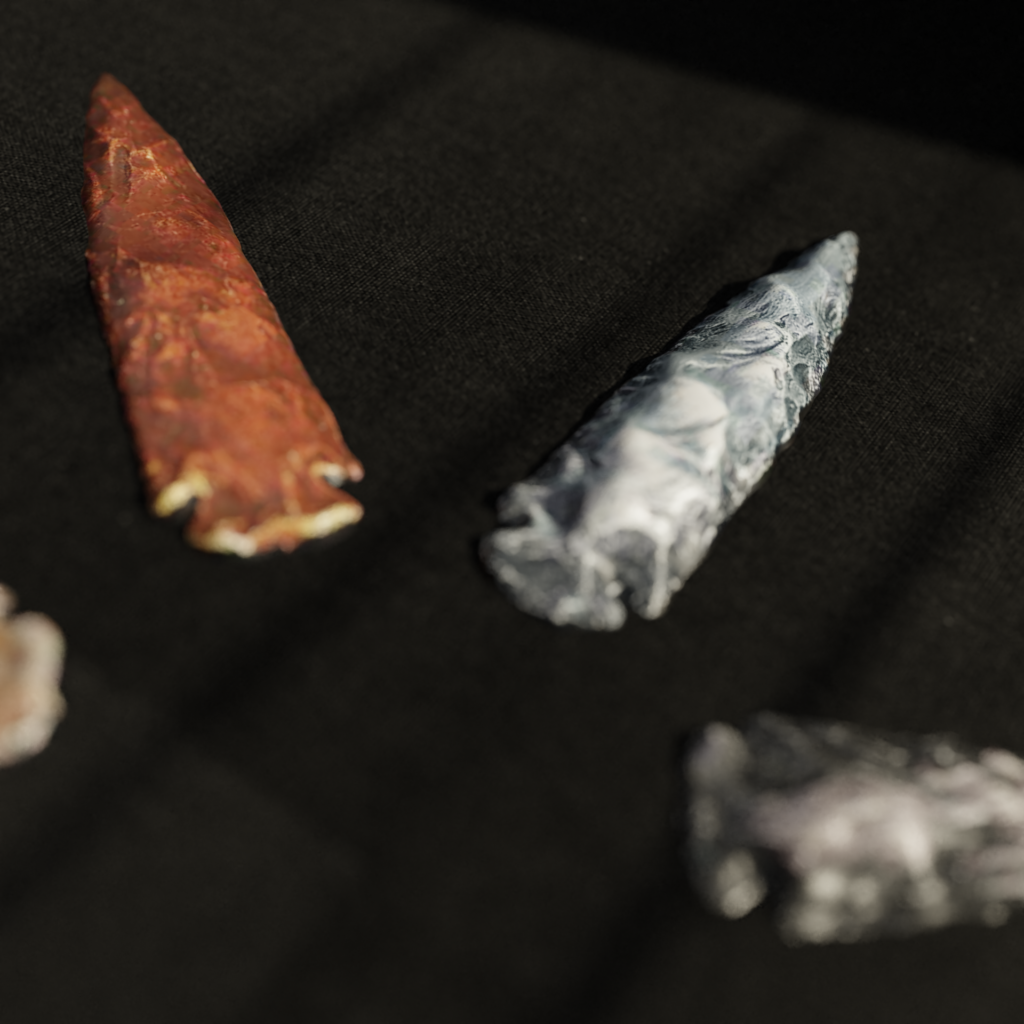 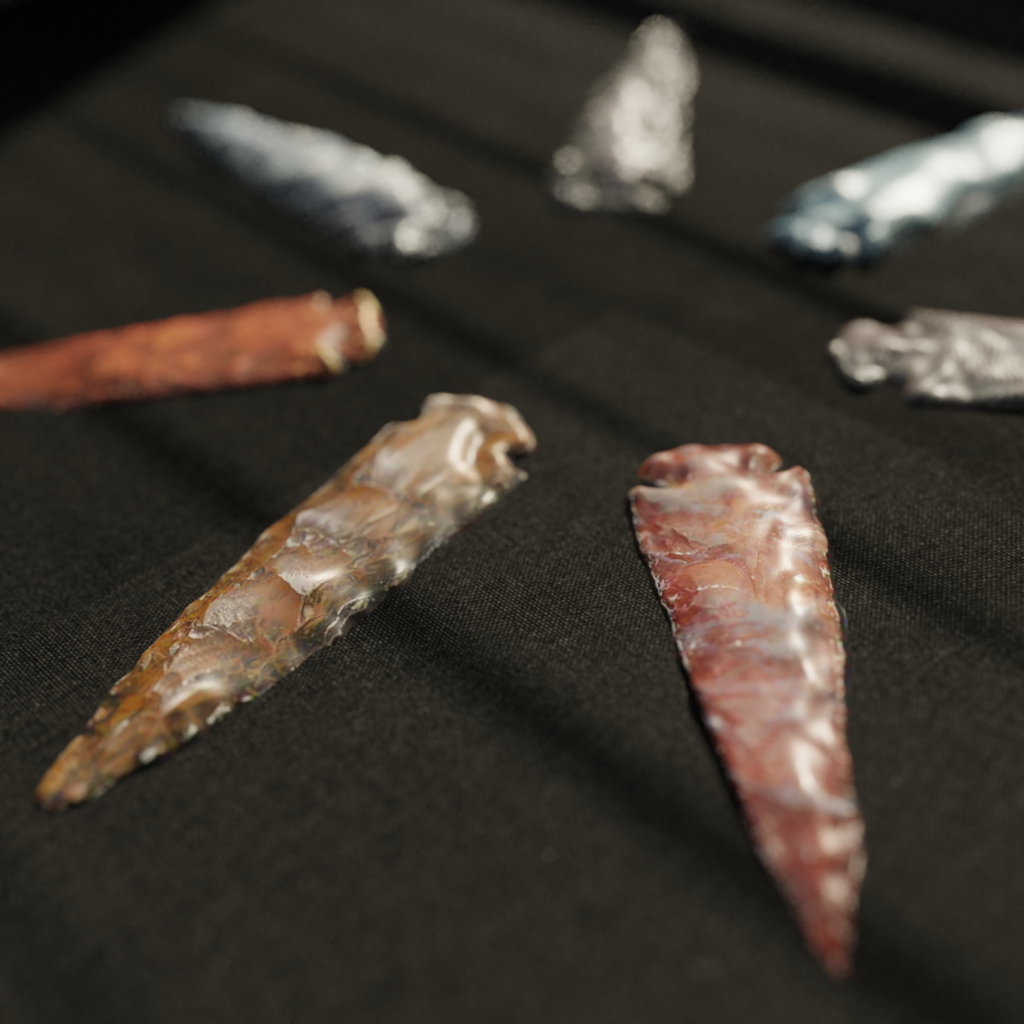 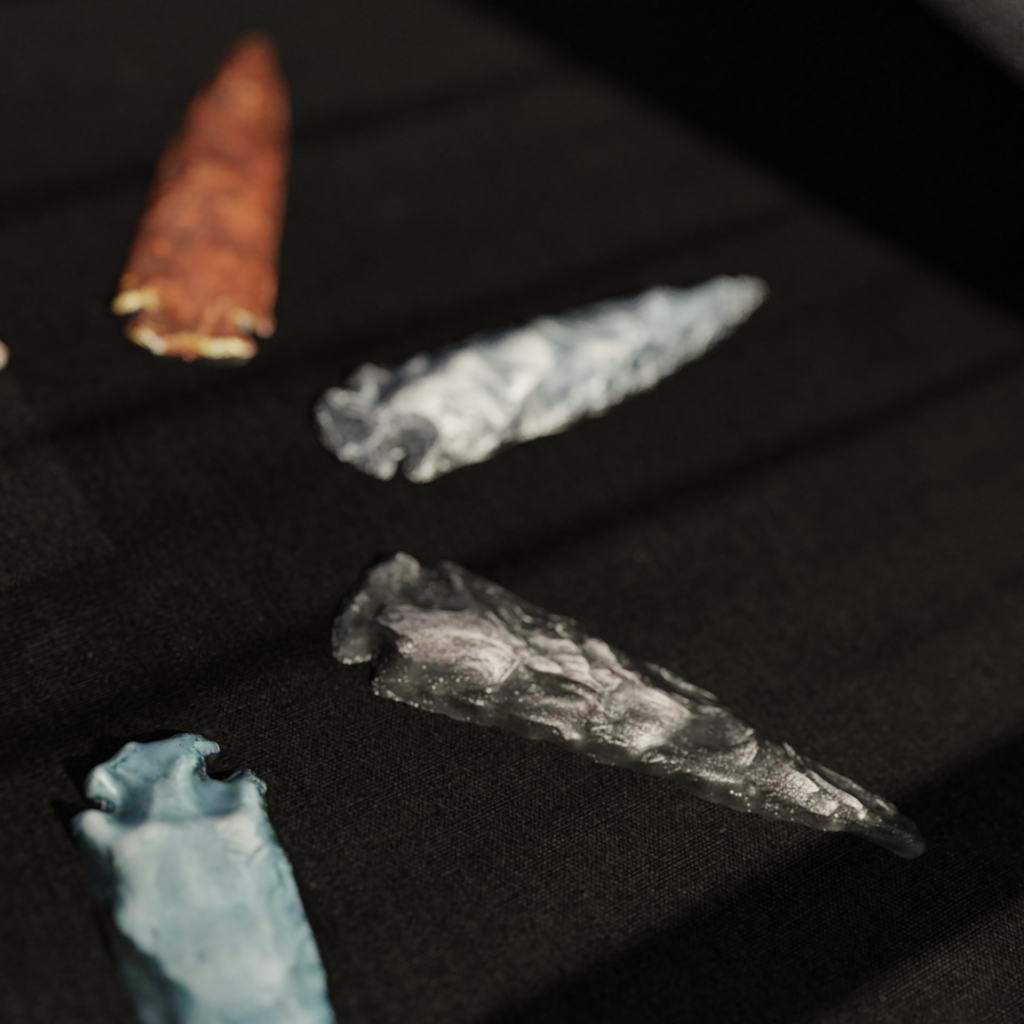 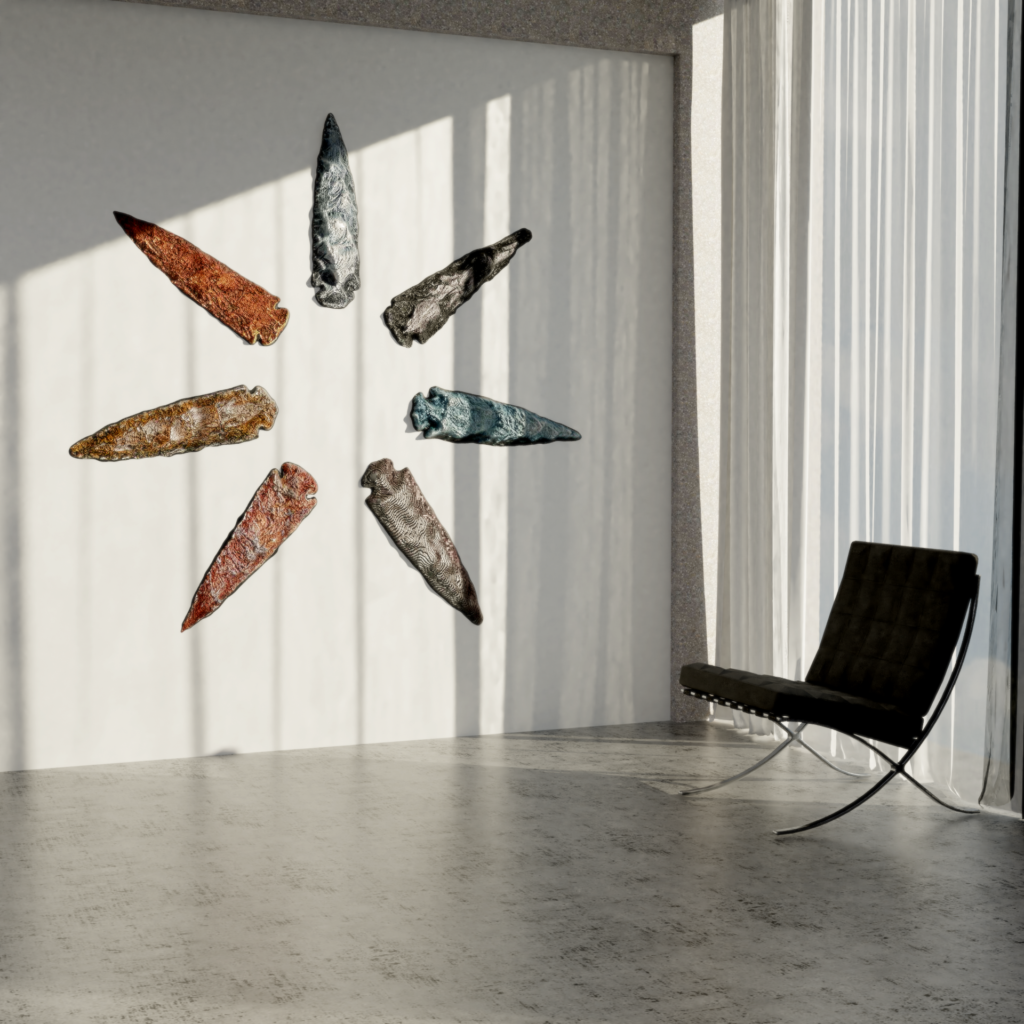 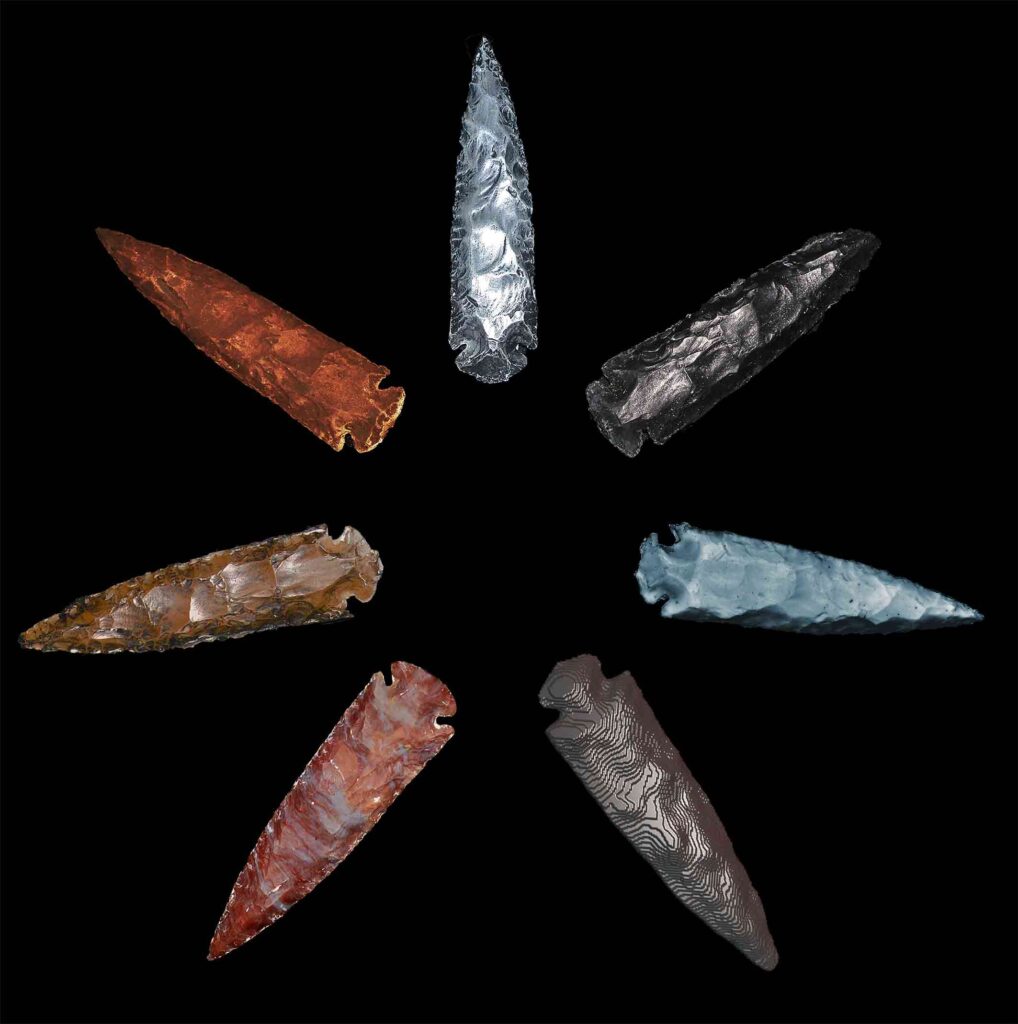 A series of seven Flints, the first technology, each produced in a different material representing a different technological age. The work acts as a timeline through mans technical evolution. The evolution of man is inescapably connected with our mastery of materials and our development of tools. The technological ages of man is thus named after the engineering materials of the age. The Stone Age is estimated to cover millions of years covering 99% of our human technological history. Successive ages cover tens of millennia and ever decreasing units until we reach the Industrial Revolution, when the introduction of new processes was sufficiently quick for the engineering age to be measured in decades. Advances in technology also comes with increasing responsibilities. For instance, the plastic age, once considered utilitarian has become a destructive curse on the environment. As technology becomes increasingly more sophisticated with time, it carries the risk of spiralling out of control and surpassing humans intellectually.

https://noel-griffin.com noelgriffin
Share
Read More
Next entryHow Can Art Schools Help Combat the Climate Crisis?
Previous entryWhy Have Our Bridges Been Burned and Over These Years What Have We Learned?