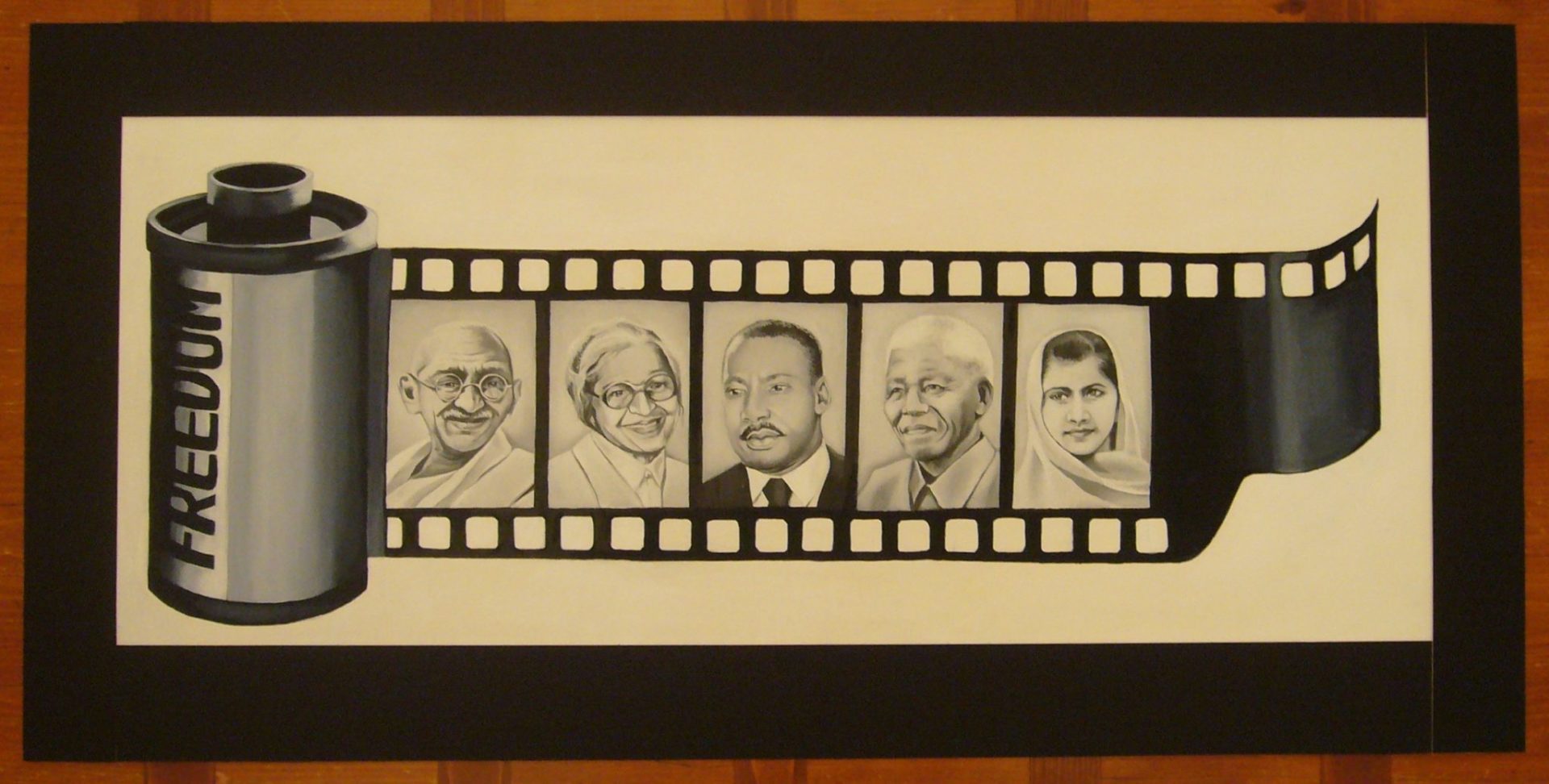 Previous entryFreedom: Variations and Finale
Next entryCracks and Weeds
October 27, 2013 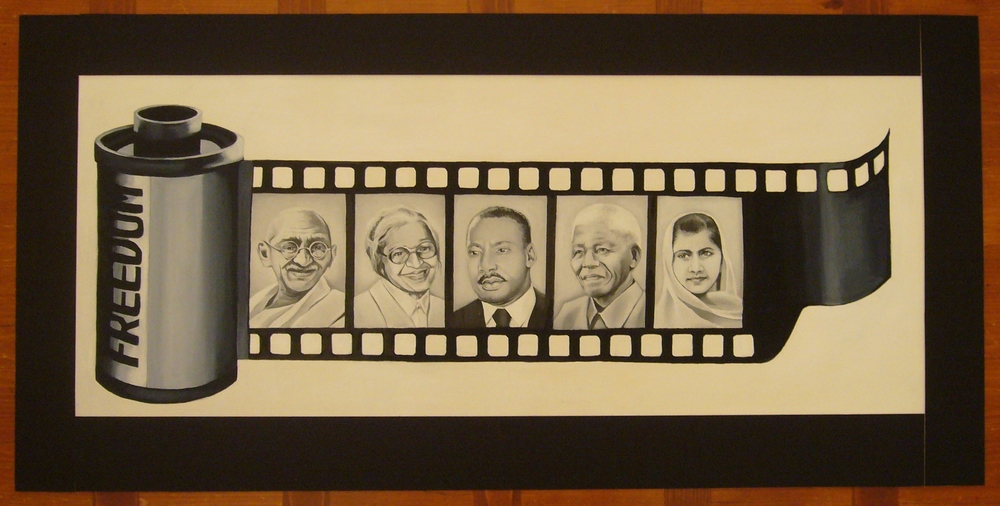 My painting is a selection of freedom fighters that inspire me- people who have challenged convention, struggled against injustice and changed the world.  The painting reflects my belief that freedom is a developing concept and that the contributions of these individuals need to be captured and remembered, like a photo. The film motif allowed me to paint black and white images like the ones reminiscent of newspaper images, from which I was inspired. From left to right, the painting portrays: Mahatma Ghandi (1869 -1948); Rosa Parks (1913-2005); Martin Luther King (1929-1968); Nelson Mandela (b.1918); Malala Yousafzai (b.1997). These inspiring people have been persecuted for their actions, yet all advocated peaceful protest. Ghandi and Martin Luther King were assassinated, Rosa Parks and Nelson Mandela were arrested, and gunmen shot Malala in an attempt to murder her. The philosopher George Santanya said, “Those who cannot remember the past are condemned to repeat it” meaning that we must think of what happened before our time. My painting is in the name of remembrance, perseverance and freedom and is a celebration of change.