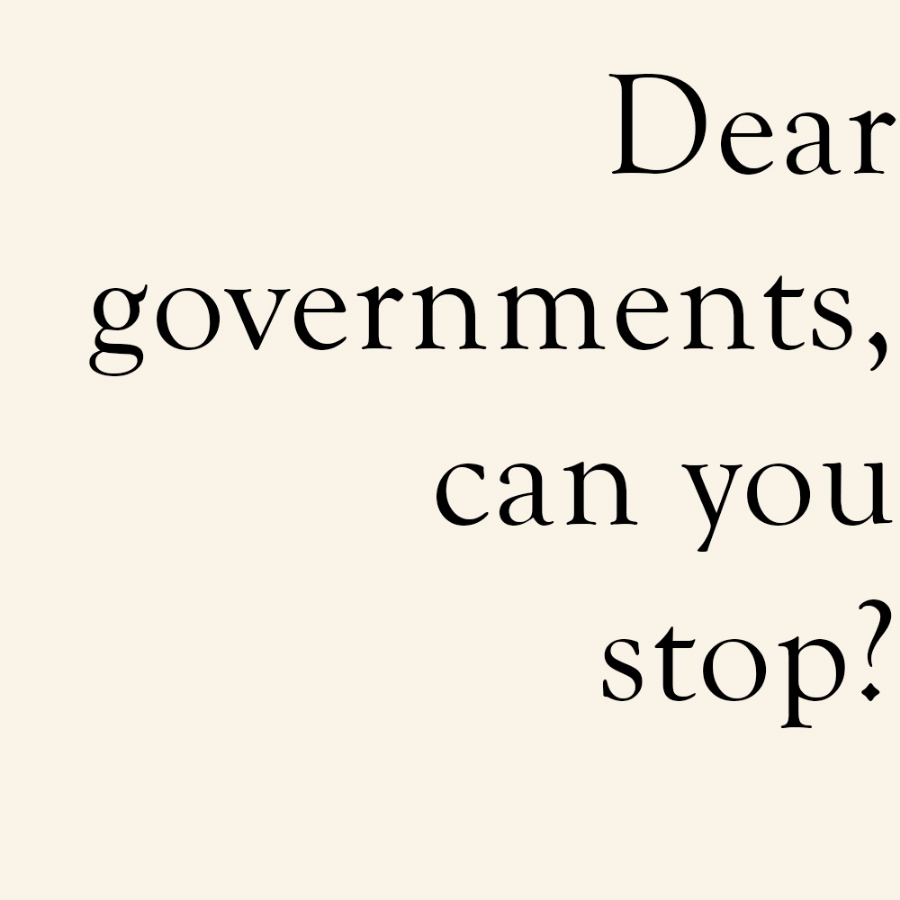 Read more
Previous entryIs it all just a dream?
Next entryWhat are you grateful for?
September 30, 2019

Dear Governments, can you stop?

I began writing this poem at the end of 2015. The state of politics had started what would become a rapid decline, corporations were weaselling out of paying taxes, and the climate-change issue was ramping up each year.

I kept asking myself why. Why are people like this? Why are we letting it happen? Why won’t they stop?

I left the poem – finished, in my mind – in the folder in my computer where all my writing goes, left unseen and unread, and I forgot about it.

It is now almost four years since I first started the poem. I came across it in September 2019 and I read it and I realised nothing has changed. In fact, things have gotten worse.

I added a few new verses, changed a couple of lines, and I decided that, this time, I wouldn’t leave the poem in a folder in my computer to be seen by no one but me.

Because even though one poem probably isn’t going to make much of a difference in the long run, it’s a start. And if everyone made a start, then maybe collectively we can make a difference.

Share
Read More
Next entryWhat are you grateful for?
Previous entryIs it all just a dream?