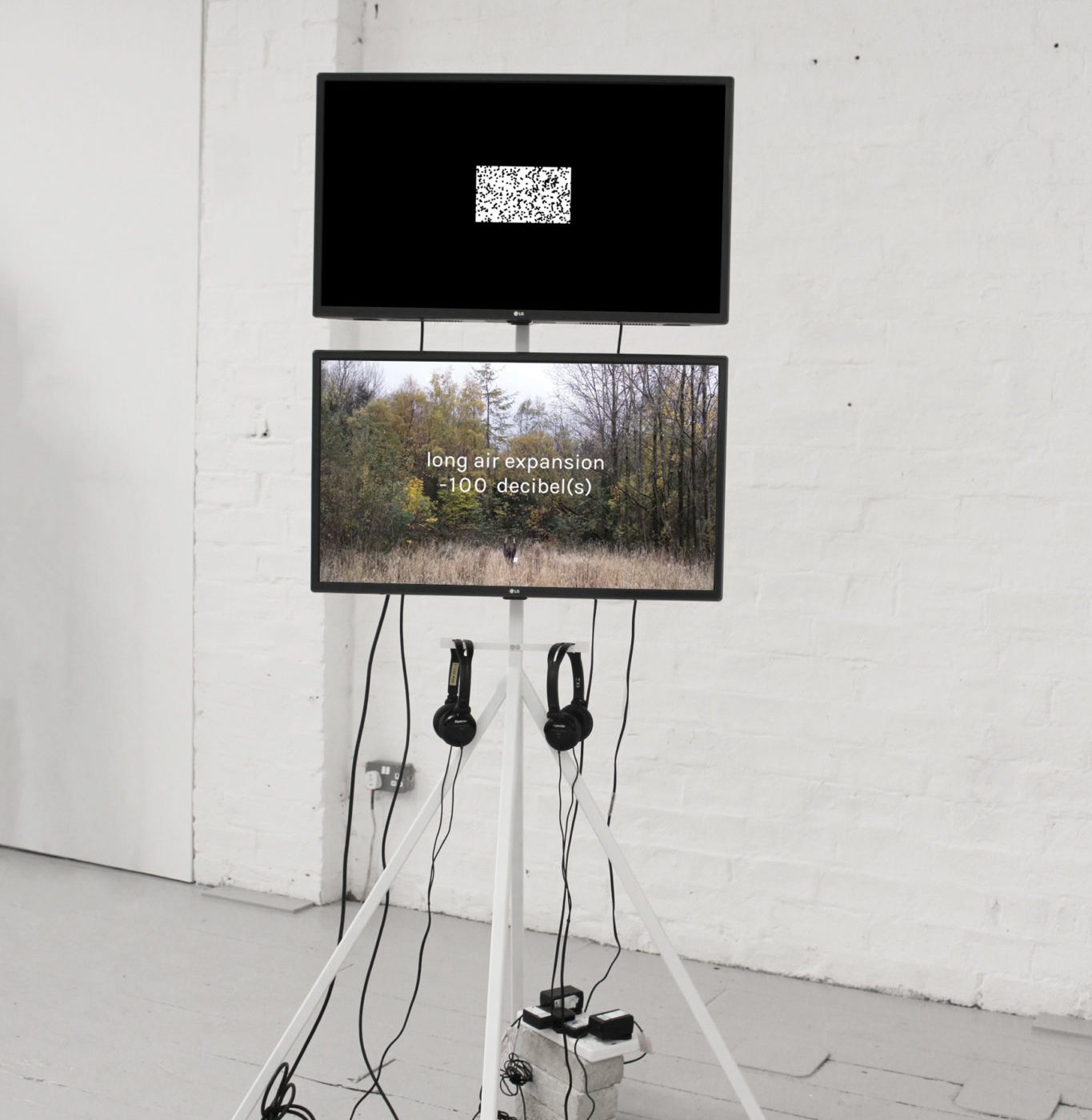 Play video
Could we ever speak the unknown?
Previous entryJune Shortlist – How do we stop looking for who we were?
Next entryWhat can you see in the embers?
June 21, 2019

Could we ever speak the unknown?

This work investigates the quest for a dialogue with the unknown, the gap within finitude defined for centuries as “the sublime”.

Reversing the predominantly male Romantic trope of this concept, I explore the intuitive urge to seek for the intangible source of potentiality. Are we able to spell out the un/finitude and why does it remain an eternal quest in human condition?

In this video work, I created a language of decibels from a hidden message and its performative translation into arm motions inspired by a common human behaviour towards the “sublime”. The viewer witnesses this strange conductor attempting a perhaps impossible task.

It is relevant in the current time where we tend to distance ourselves from the Outside, to reflect on our ability to “be” in the environment and question the power of human self-reflective phonetic language as ultimate tool to tell the world and therefore be in the world. But as says Karen Barad in What is the measure of the Nothingess: Infinity/Virtuality/ Justice, “‘We’ are not outside observers of the world. Nor are we simply located at particular places in the world; rather, we are part of the world in its ongoing intra-activity”.

http://www.jeanneconstantin.com/ jeanneconstantin
Share
Read More
Next entryWhat can you see in the embers?
Previous entryJune Shortlist – How do we stop looking for who we were?

Who Made The Monster?

How Is Perfection Achieved In Photography And What Would That Look Like?

Was I Dead, Before I Realised I Was Dying?

Mummy, Will You Die From Covid?

Is It To My Benefit?

Why Are So Many People In Britain Still Enthralled By A Toxic Nostalgia?

Can A Crisp Packet Save A Life?

What Have I Done With My Life?