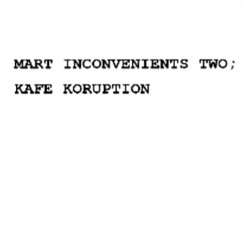 Play video
Convenience shopping; how can I not help?
Previous entryConcrete, yet colourful?
Next entryMan’s best friend?
February 1, 2019

Convenience shopping; how can I not help?

Life is fast paced and therefore consumerism has had to be more than convenient to keep up to speed in this high-speed chase for custom. Just like in “They Live” we are constantly being told what we need, what we think we want-the illusion of a life created by advertisers. Staff are taught in every way to be the epitome of a robot in that there is a script to perfect service that must be given. I decided to look at things a different way, put myself in the shoes of a real man, a flawed man dour-faced, sarcastic and a bit weird looking but a feeling man. FRANK. Using a live audience I wanted to involve people of all ages, play off their reactions to my character, my service and most importantly my product. Vegan Potatoes anyone?
Interaction, humanism has been lost and I don’t know whether or not to say it’s a good thing. I know that sometimes we all can’t be bothered with the small talk of a cashier- but surely it’s better than, “place item in the bagging area”. The reason that the piece is so long is to give you an insight into Frank’s shift.

There are characters out there that you may never see because they are hiding behind a company’s culture, that’s what I show here, what if the culture was flipped, what if you could act and react to customers the way that you really want too.