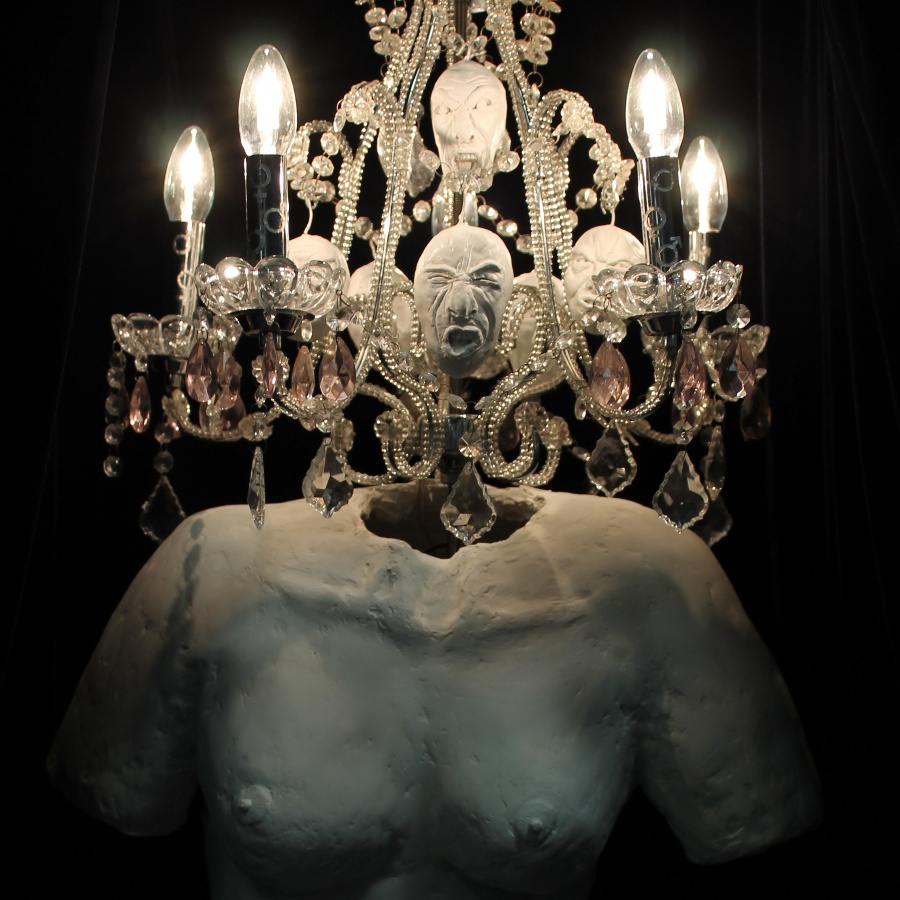 Previous entryHow would totalitarian rule affect our lives?
Next entryTell me about the abyss?
December 31, 2019

Can You See in The Dark? 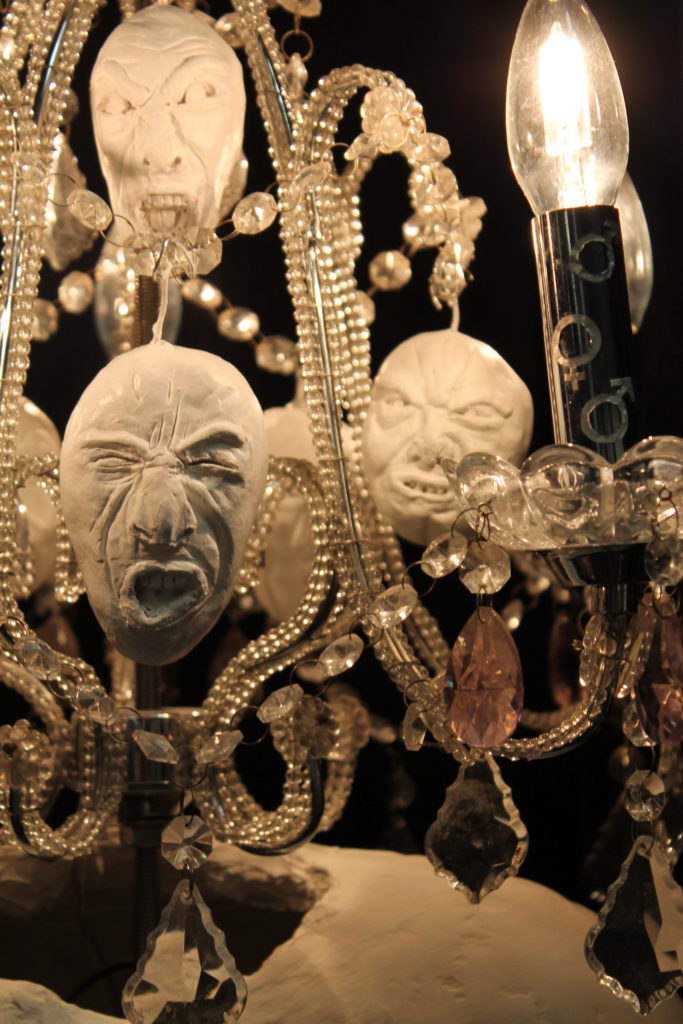 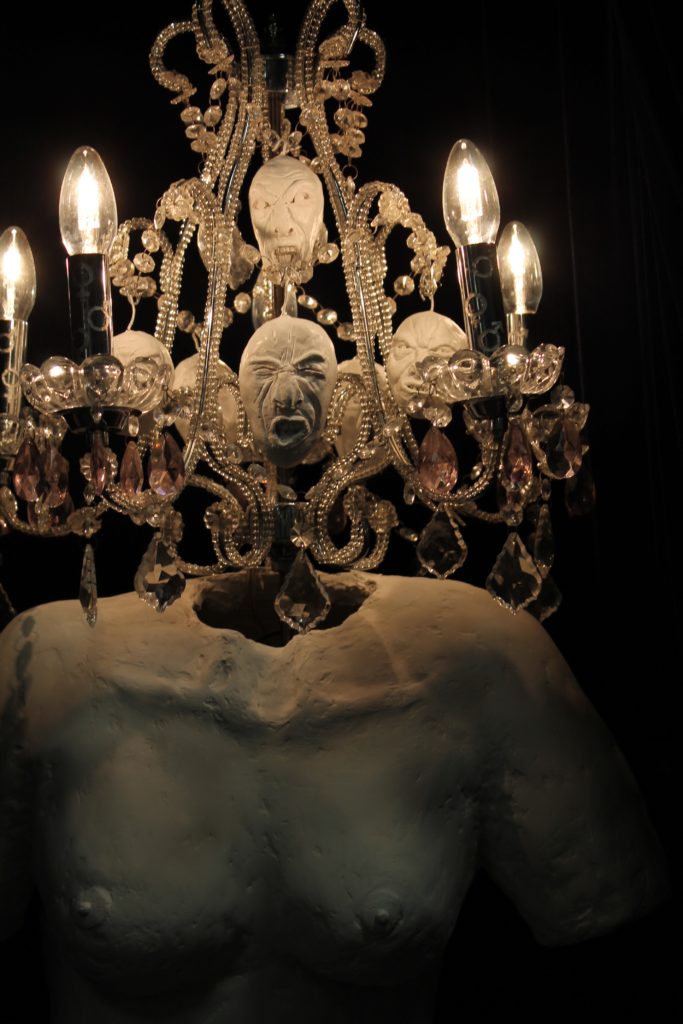 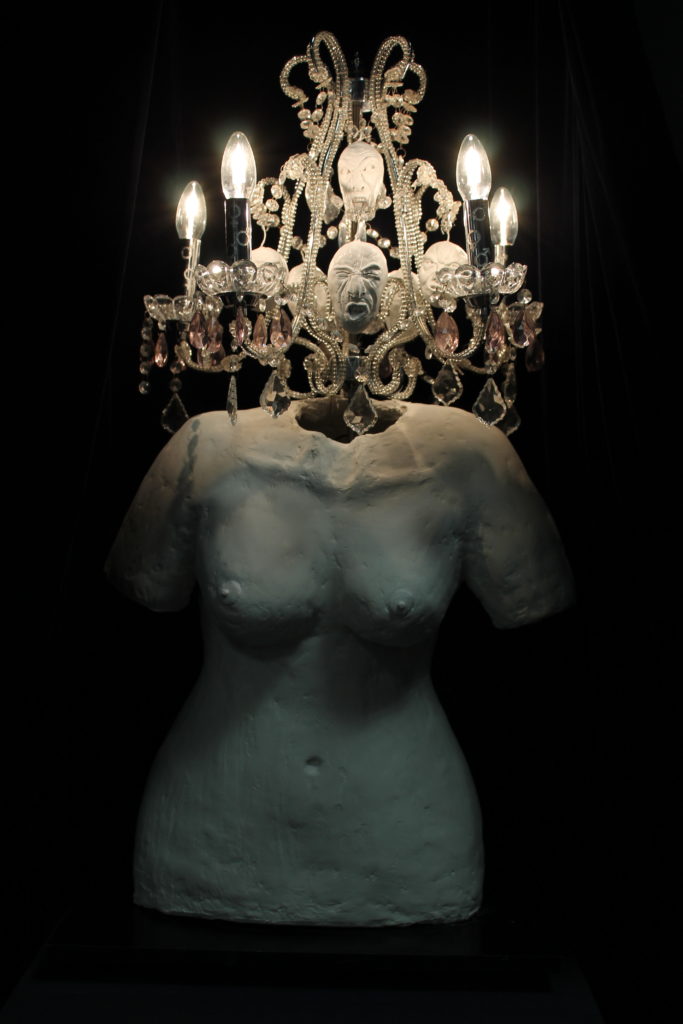 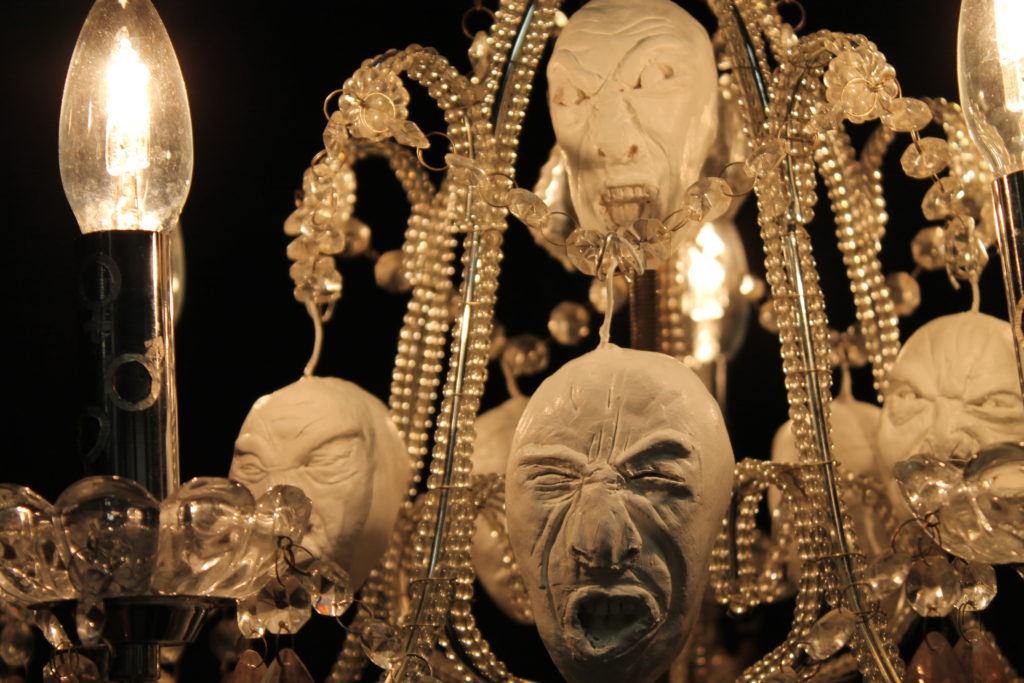 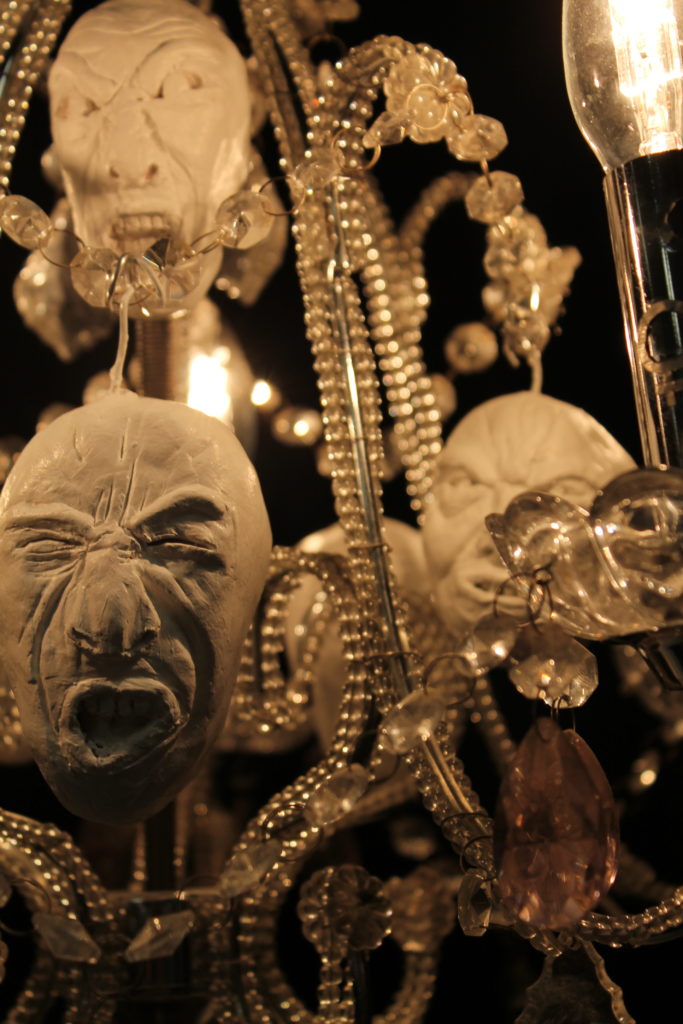 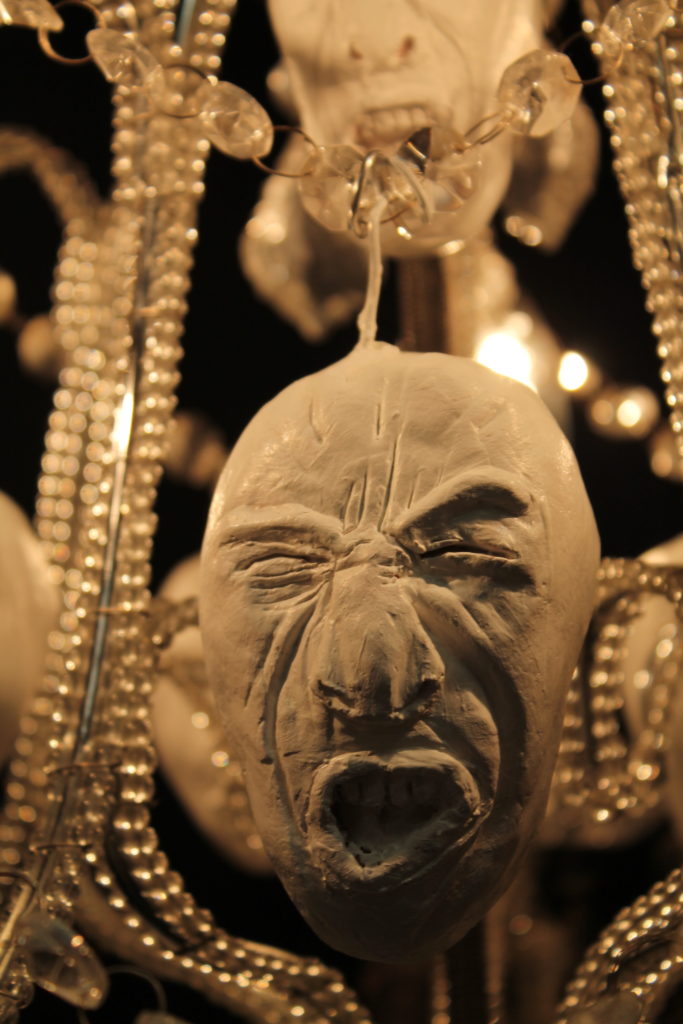 The issue of rape and assault is a dark room. Oppressive. Unspeakable. This work is a rebellion against all that. It’s designed to be placed in a black space so that when illuminated it is the only thing that one can focus on. The ornaments that hang form the chandelier are the faces of rapists. My research behind the faces and their expressions was a haunting experience. The result is that the viewer is forced to face the truth, through literally studying the face of the assaulter. Also, the three different plaster methods used for the body create the effect of an almost ‘scarred’ body, symbolising the inner state of many victims. On the bulb holders I cut out Nespresso capsules in the shapes of gender symbols. This symbolises that both men and women need to be involved in the dialogue around sexual assault in order to make progress. The use of Nespresso capsules and an old chandelier show my desire to rework materials. The Dada art movement, which was politically motivated and often incorporated ready-made’s, greatly influenced this work. The truth needs to be faced—the whole truth, and that is what this work aims to bring to light.

Share
Read More
Next entryTell me about the abyss?
Previous entryHow would totalitarian rule affect our lives?