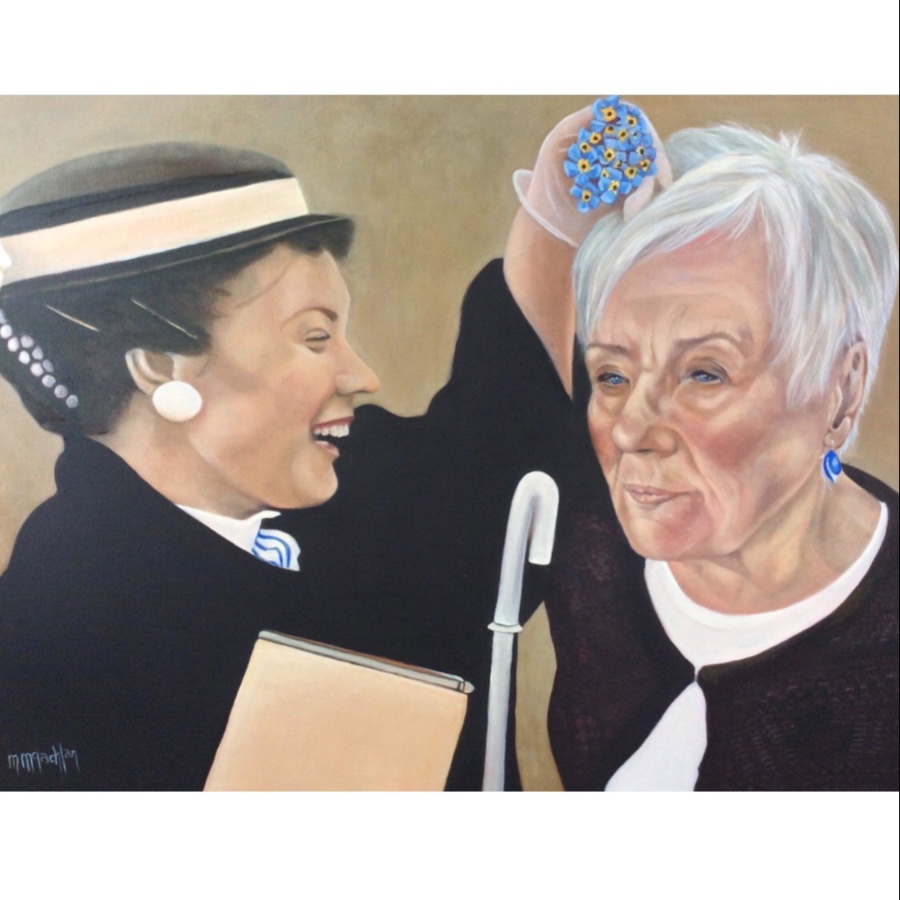 Previous entryHow do we connect with humanity in lockdown?
Next entryHow do I break the circle of doubt?
July 6, 2020

Can you remember your dreams and aspirations when you were 16 years old? 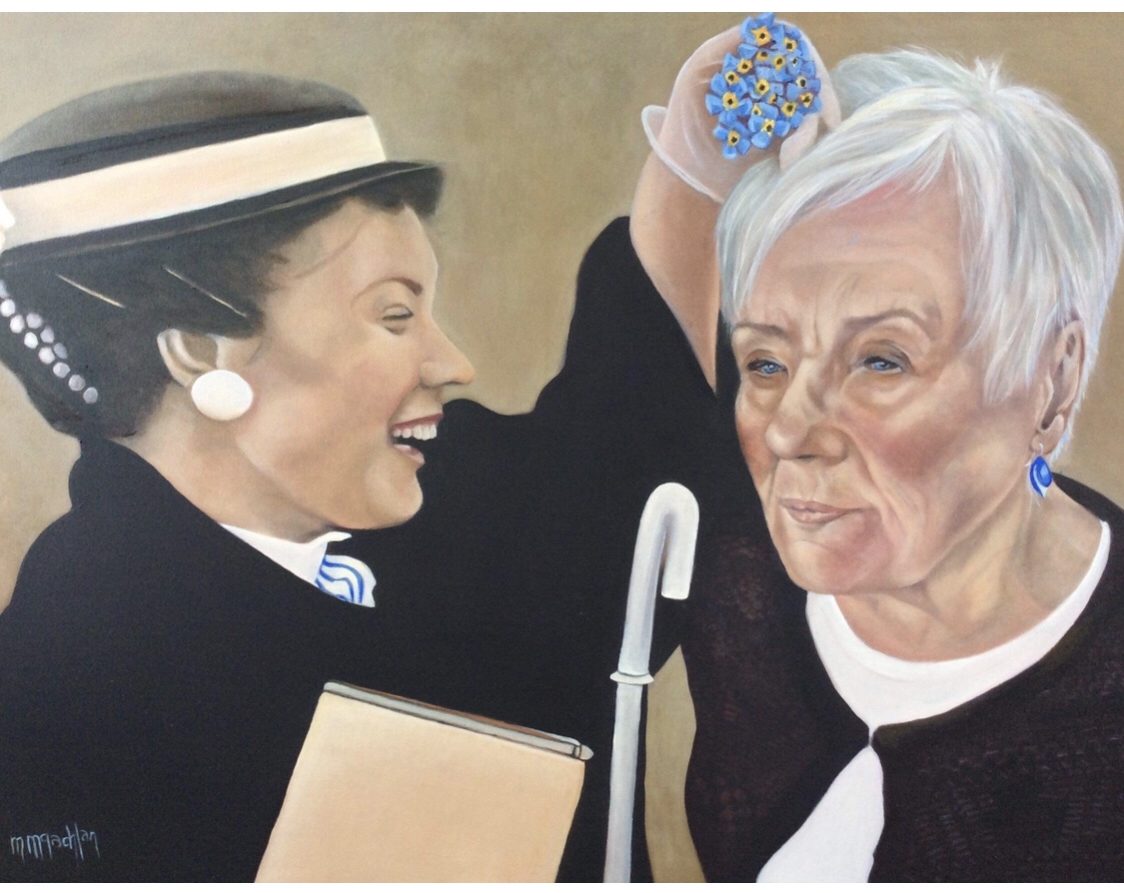 This is Cathy, my mum, at 16 years of age. It was taken from a photo that I had always loved, taken in the city, of her placing a posy of flowers in the hair of a random stranger. Recently my now 82 year old mum gave it to me. I wanted to portray the spiritedness of her as she was then, with her now-self replacing the stranger. She is still feisty, still strong and so very interesting. She believed in me when I thought others did not. The lesson was ‘Believe’. As I was painting, the brightness of her spirit seemed to soar in and I was lost in imagination that only memory can bring. I was reliving the last few difficult years and recognising my own strength which has been passed from the love of my mother to her children. Cathy has led us by example, never giving up in the face of adversity, always have dreams, always have aspirations, take chances when they come. I lost myself in the influence of positivity and the wistfulness of memory – each stroke having power and strength, even in the detail. Was this Eliza Doolittle dreaming of Grace Kelly?

Share
Read More
Next entryHow do I break the circle of doubt?
Previous entryHow do we connect with humanity in lockdown?