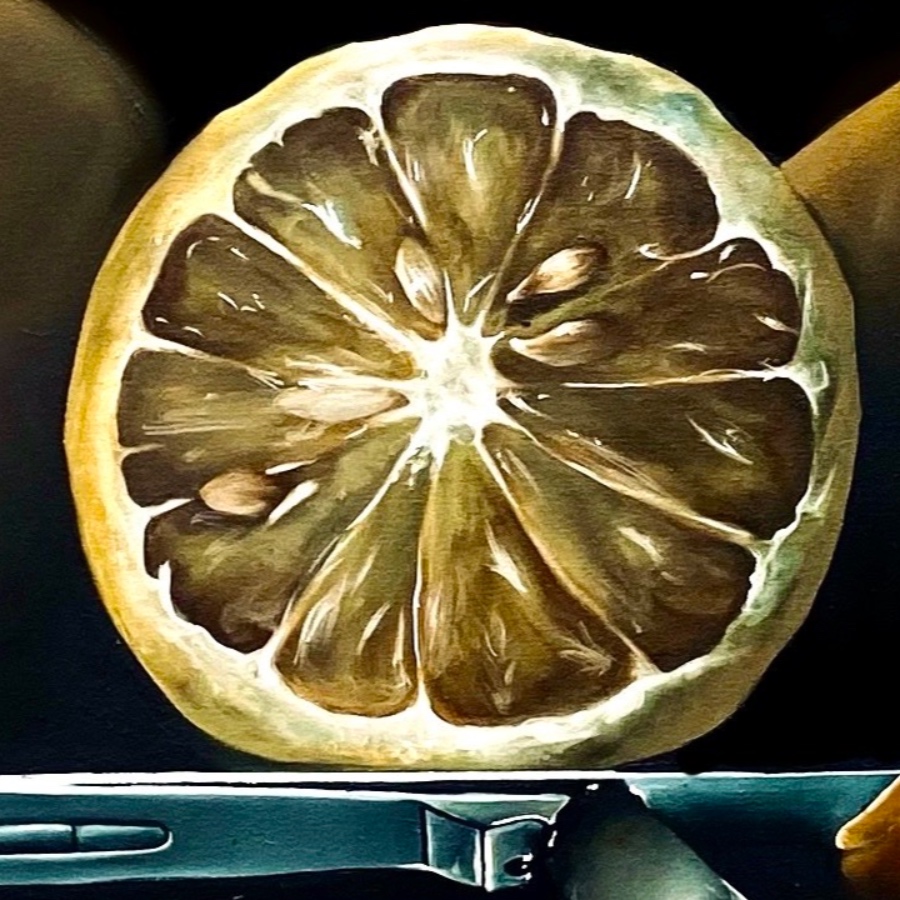 Previous entryWhat Keeps Us Creating?
Next entryAre We the Product of Our Daydreams?
January 25, 2022 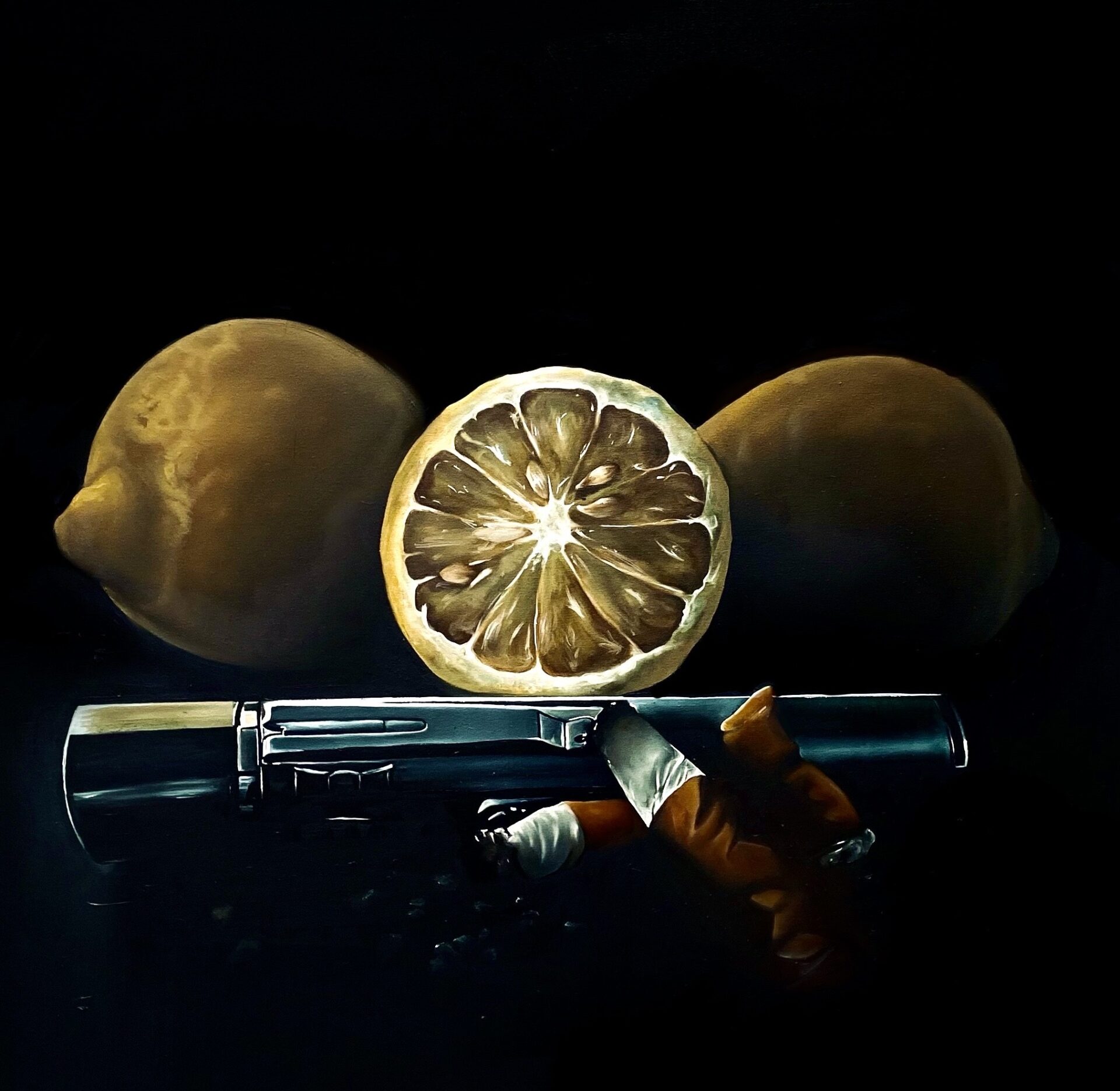 Can you imagine having to leave your home with only a plastic bag of items – not knowing when or if you might return. During 2020, a year where the idea of ‘home’ became central to lockdown lives- 246 million people fled their homes to seek refuge in other countries. Would you take items of sentiment or necessity? How heart-breaking must it be to make that decision?

Items that were commonly found in the bags of refugees were lemons, to cure sea sickness and laser pens, to flag down passing ships. During the 17th century, lemons were a symbol of exoticism and wealth however during 2021 lemons for some have become indicative of fear and survival. The use of chiaroscuro, a theatrical lighting method often used in historic paintings, highlights the religious sentiment that has been placed on these items and their historic symbolic changes. The UK government has limited the number of refugees able to enter the UK to seek safety, with temporary camps on the French border becoming more permanent accommodation for those in need. This painting seeks to emphasise the emotional and physical turmoil of those who have had to leave everything behind in order to survive.

How Can You Be Yourself in Such a Controlling World?

Where Will I Find Freedom?

Everyone Matters or Do They?