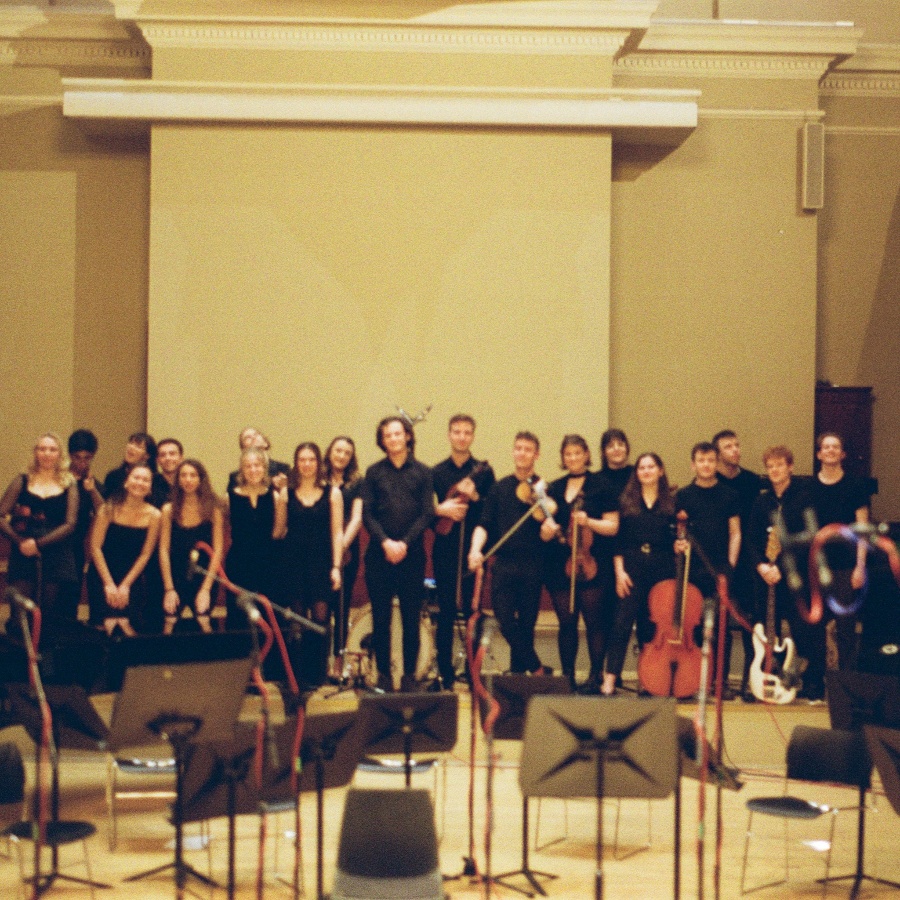 Previous entry‘What Forms Can Grief Take?’
Next entryCan I Create a World Where I Can Belong and Feel Protected?
April 30, 2021

‘Can We Use Traditional Musical Ensembles In A Contemporary Context?’

Through my experience studying music at university I felt that there were a sense of elitism within the music ensemble that classical music was superior and I feel this a rather old fashioned view and excludes a lot of people who would otherwise be interested and involved in musical ensembles. Growing up playing piano I respect classical music as an artform but my interests have always laid in more contemporary music. With this in mind I set out to arrange a set of modern works (both original compositions and arrangements of my favourite artists) for an 18 piece ensemble (string section, jazz singers and a piano trio). We performed at the Reid Concert Hall in Edinburgh in March 2020 and I then mixed and mastered the concert recordings for release on streaming platforms. By using a traditional ensemble in a modern context I feel I was able to reach a wider range of people and many in the audience were first timers for listening to an ensemble of this sort. I believe the modern approach to the repertoire was a huge factor in attracting such a varied audience. The concert was hugely successful and widely enjoyed.

https://kyeperry.myportfolio.com/mystery-season-friends mysteryseason mysteryseason
Share
Read More
Next entryCan I Create a World Where I Can Belong and Feel Protected?
Previous entry‘What Forms Can Grief Take?’