Can we understand ourselves better through a clash of privileges? 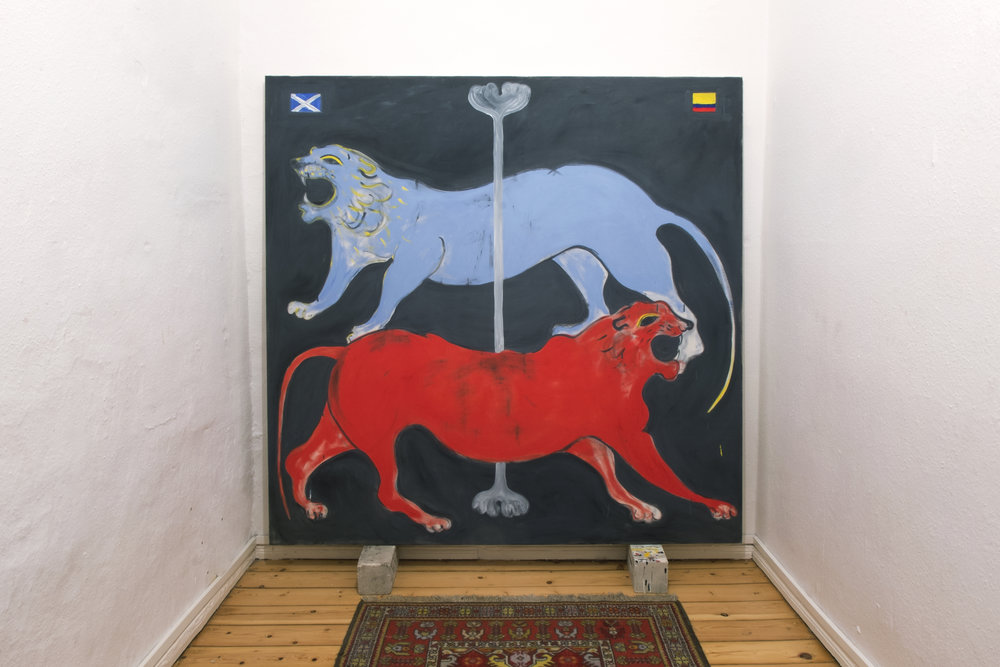 For three years, I lived away from the UK, in Berlin, Germany, with my husband Douglas. Douglas is Colombian, and we moved because we didn’t have enough money to qualify for the UK spouse visa. In this pressured moment we both struggling to adjust, we felt trapped in a place neither of us called home, quickly we realised new aspects of our relationship and of ourselves. Both of us young artists, we began to notice the differences in the way we encountered the world and the world encountered us and our work, because of our gender, our race, and our status as immigrant or expat. Through discussion, listening, questioning and painting we have learned to better understand our own and each other’s positions, especially the ability to acknowledge the existence of our privileges, and how they can exist in tandem alongside oppressions in the experiences of the same person. We have become even stronger allies despite not sharing the same experience of the world. ‘Bread and butter’ is a superstitious blessing, often said by young couples walking together when they are forced to separate by something such as a pole or oncoming person. By saying the phrase, any misfortune of letting anything come between them is averted.

http://www.sophievallance.com/
PreviousWhy is her name forgotten while his is remembered?
NextCan we decolonise the body through fashion?

Why keep stuff we don’t need?

How can we make a more sustainable jewellery industry where feminist issues are abolished and equality, diversity and traceability are made the new norm?

If we chose to listen, could Nature be our guide?

What do words mean when we’ve lost all meaning?

Do we create our own self meaning?

Who, in society, do we consider to be important?

Do you see the signs?