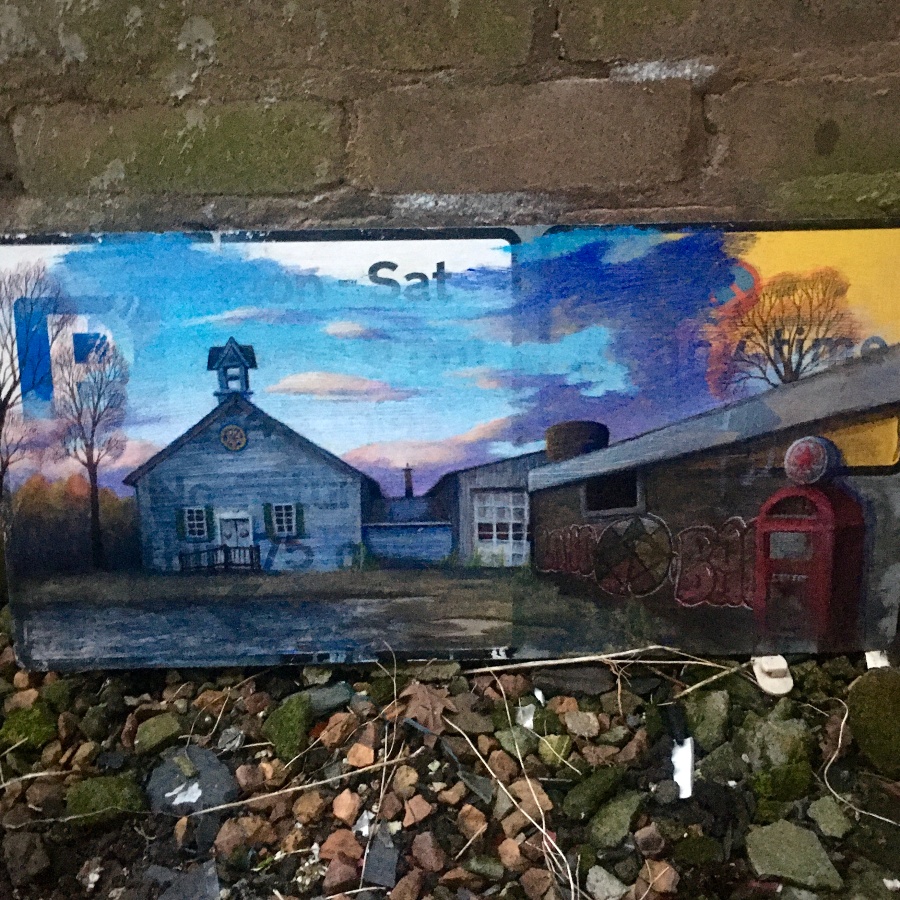 Previous entryWhat Are The Rules?
Next entryWho do you think you are?
November 21, 2020

Can We Ever Know The Ground We Stand On? 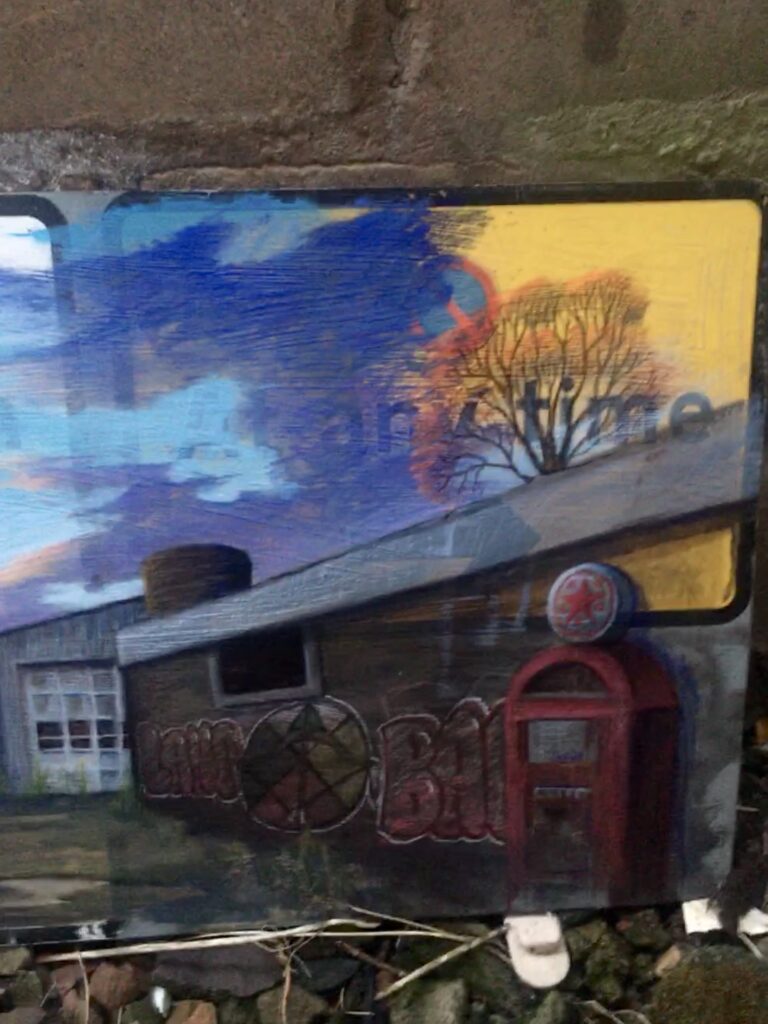 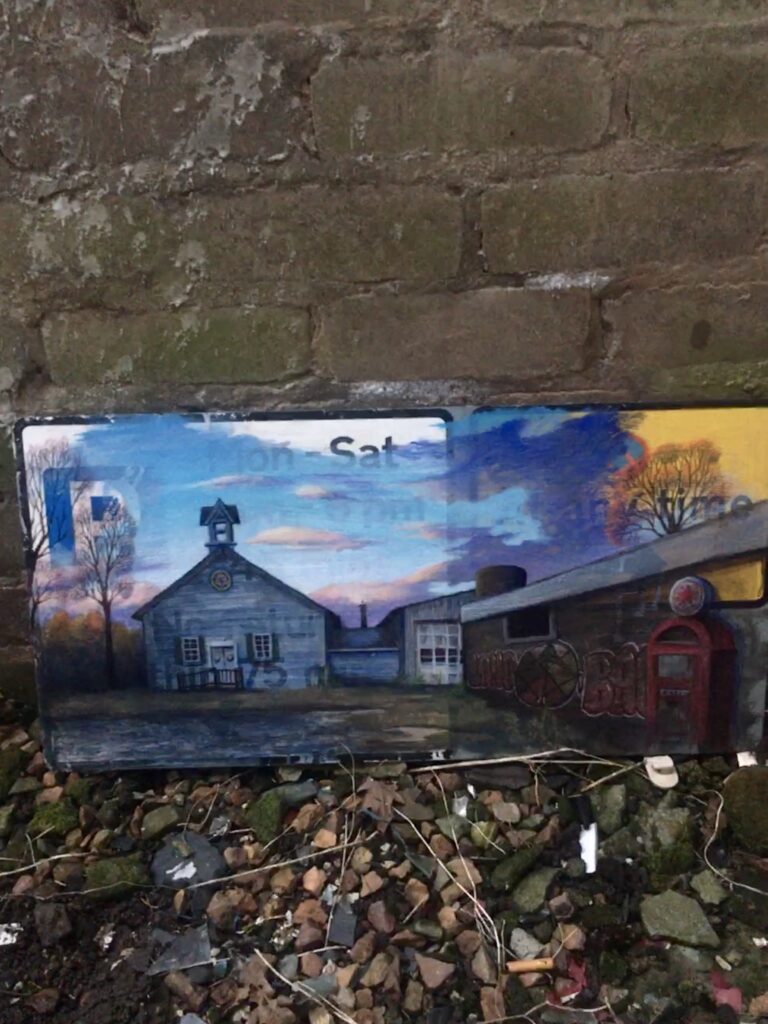 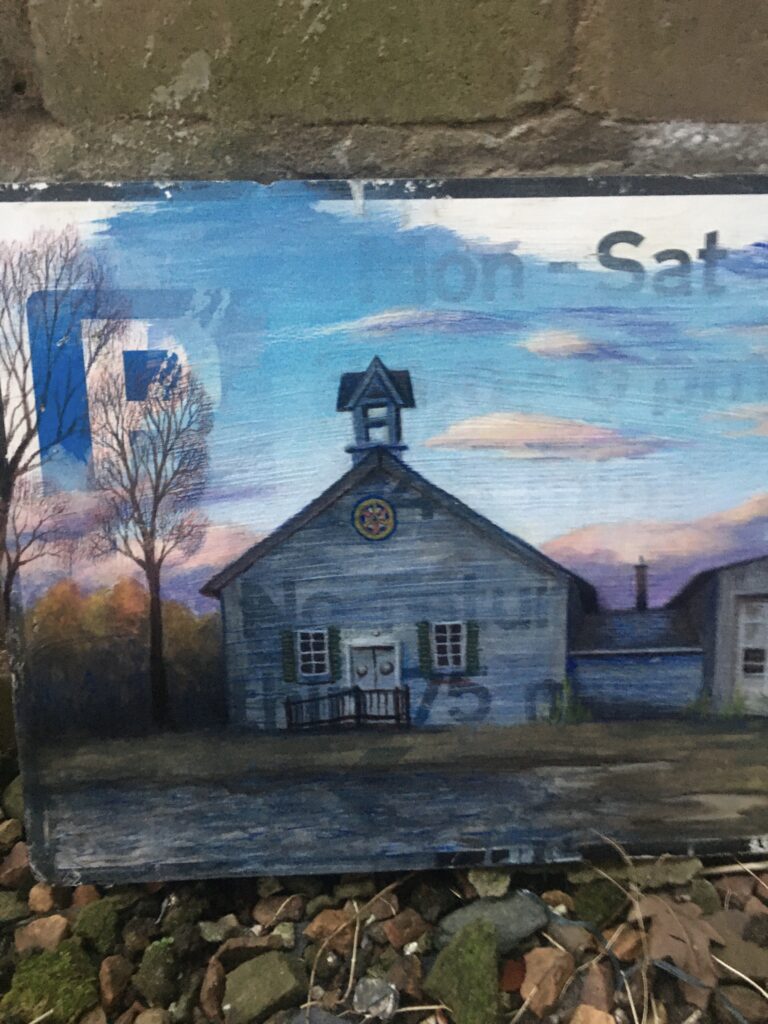 This recent painting is set in the ‘ghost town’ of Walpack in the Delaware Watergap, very close to where I grew up. After moving to Scotland, I have been trying to appraise my American childhood from an outside perspective. A dam in the Delaware River was proposed in the 1950’s and the whole town was set to flood like Capel Celyn, only for the dam to be cancelled in 1978, leaving it abandoned. Though Dutch mining activity went back to 1650, this land was the ancestral territory of the Lenape native group. In 1737, the Penn’s ‘Walking Purchase’, a land-grab swindle against the Lenape, claimed 1,200,932 acres in a single night, on the Pennsylvania side (approximately the size of Rhode Island). Every inch of America has a history of aggression against native populations, and I feel it’s important to acknowledge that, especially in the places that you hold dear. The use of found objects as a ground, a No Parking sign, aims to evoke the ideas of ownership over the land, and the juxtaposition of soft, impressionistic painting over harsh typography illustrates the relationship between man made construction and the natural world.

ilicscienceart
Share
Read More
Next entryWho do you think you are?
Previous entryWhat Are The Rules?

Do You Miss Celebrating?